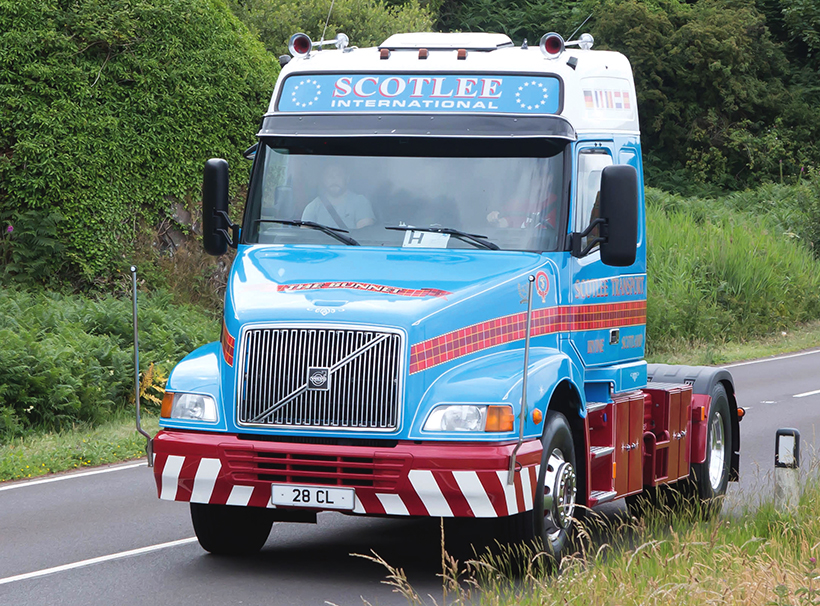 2021 Ayrshire Road Run: This 2002 Volvo NH12 was used in Denmark, being imported to the Cheltenham area. Subsequently bought by Jim Leeson in 2019 and painted in Scotlee colours.

The 2021 Ayrshire Road Run was a two-day event, with vehicles starting from Tom French & Sons’ premises near Cumnock. From here, they headed south through Dalmelington, towards Castle Douglas, before meeting the coast around Kirkcudbright. An overnight stop was taken at Port Patrick, where many vehicles were able to park on the dock itself. The following day, entrants made their way up the coast through Stranraer and on to Girvan, before heading back to Cumnock. The total run was around 200 miles.

As you’ll see from the photographs here, there was a good turnout, with many vehicles from the 1980s and 1990s taking part, together with others that were older. 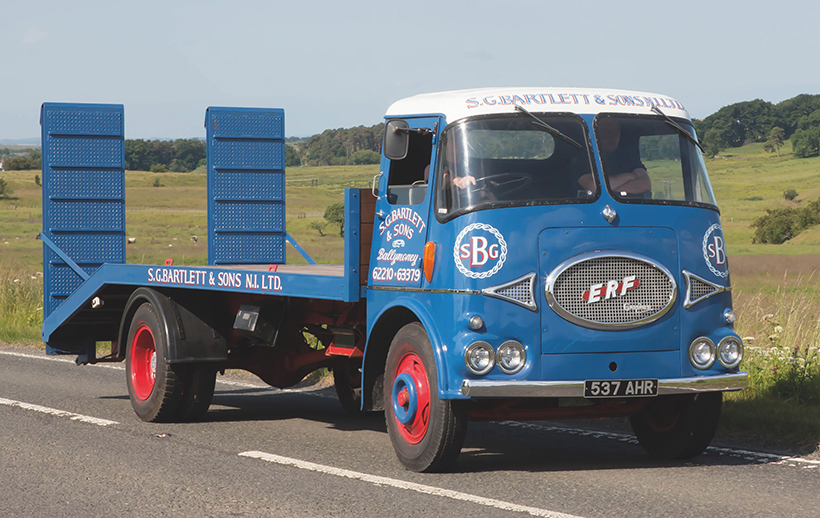 This 1962 ERF LK44 was new to Ushers’ Wiltshire Brewery before ending up in Northern Ireland with SG Bartlett & Sons of Ballymoney, Co Antrim. 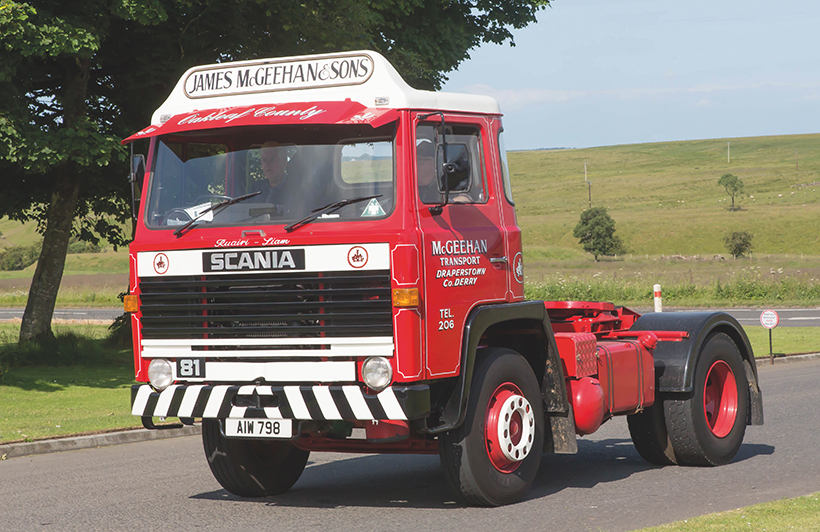 This 1974 Scania 81 was in Brains Haulage colours when it was bought by Mike McGeehan around 2003. Now restored in the new owner’s livery. 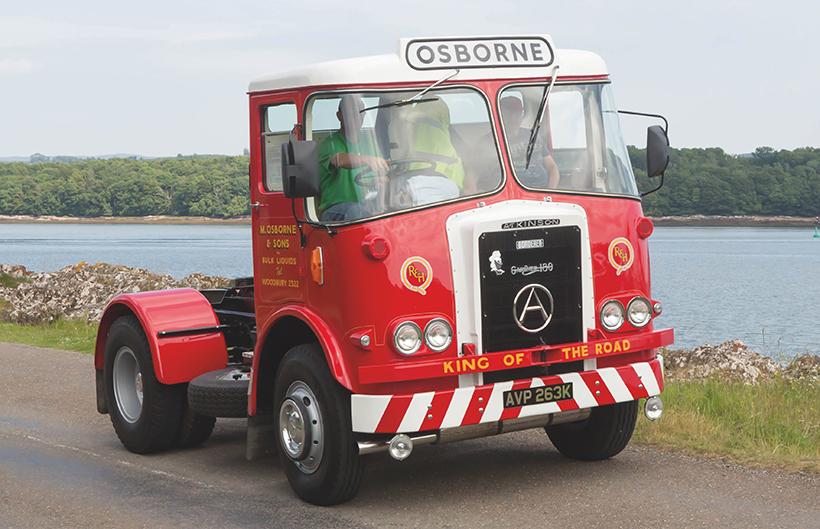 This 1971 Atkinson Borderer started its working life airside at Heathrow Airport, where it was used to transport fuel. It then moved to St Ives in Cornwall and was bought from there in 2019 by Robert Smith of Port William, Newton Stewart, Scotland. 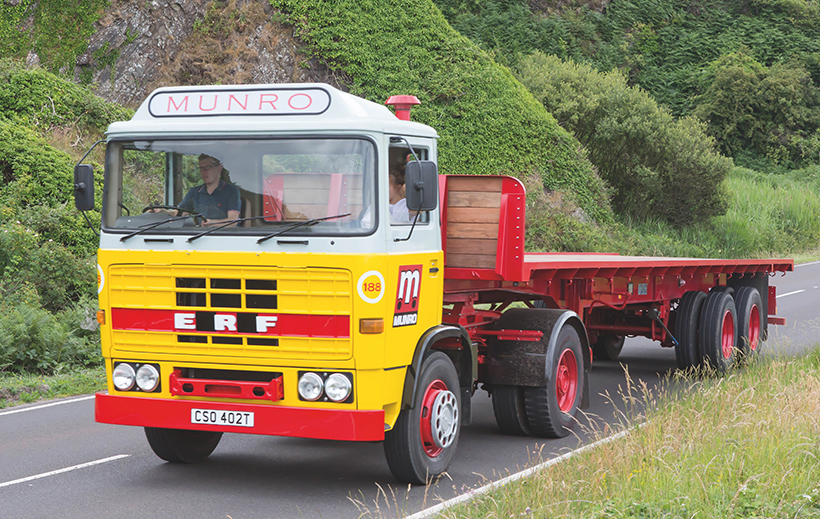 This 1979 ERF B Series was new to Munro Transport Ltd of Aberdeen. It moved into fairground service in 1985 with George Irvin who stretched it to a six-wheeler and used it to tow his ghost train ride with a headboard reading ‘Me and My Boy.’ Laid up in 2003, it was bought by Robert Watt in 2018 and returned to four-wheel configuration. 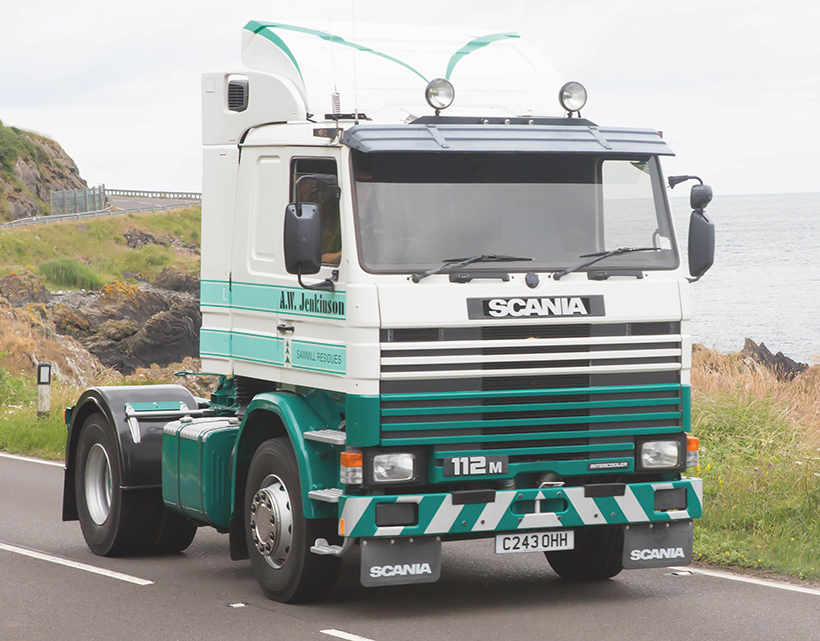 This 1985 Scania 112 was the first Scania artic bought by Allan Jenkinson of Penrith, when he started his haulage business in February 1986. It was used with a Task Bulk tipping trailer to haul sawmill residue to chipboard factories and poultry farms. After being sold, and passing through the hands of five other owners, Allan bought it back in 1998. 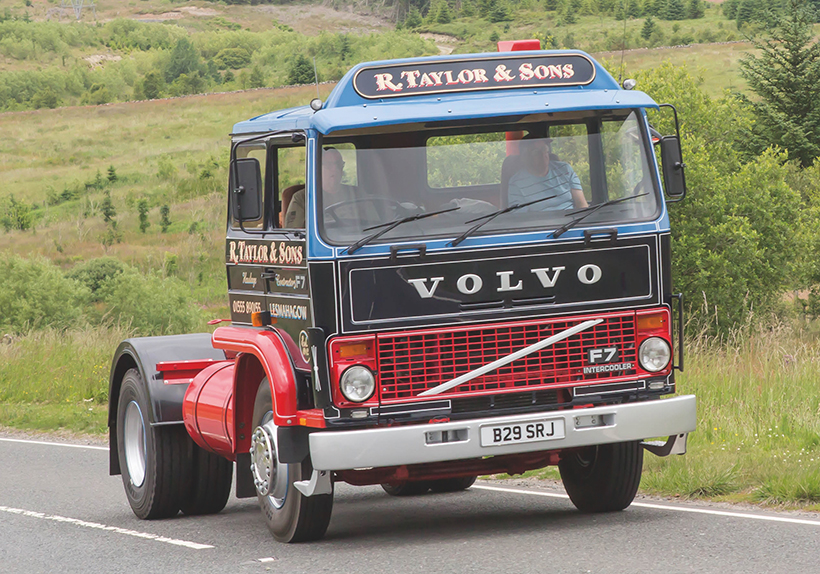 This 1985 Volvo F7 was part of the Derek Cooper collection, and bought by Carruthers Bros of Annan at their sale. It has since passed to R Taylor and Sons of Lesmahagow. 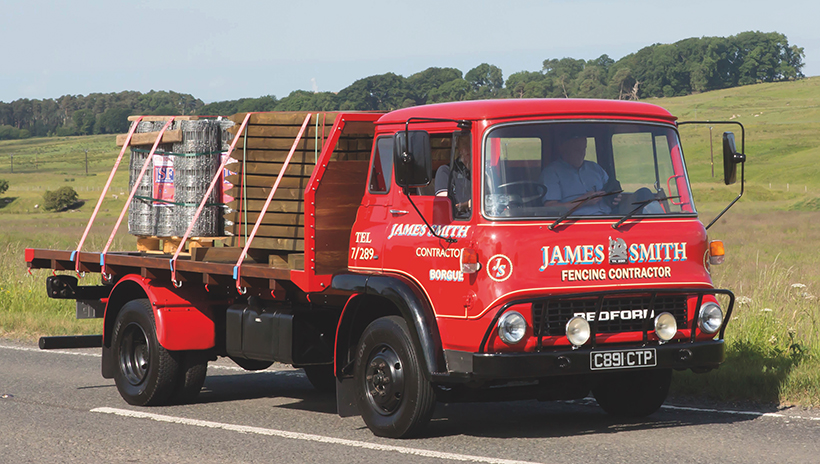 This 1985 Bedford TK was entered in the livery of James Smith of Borgue, Kirkcudbright and, with a load of fencing equipment giving the impression that it was off to do some work. 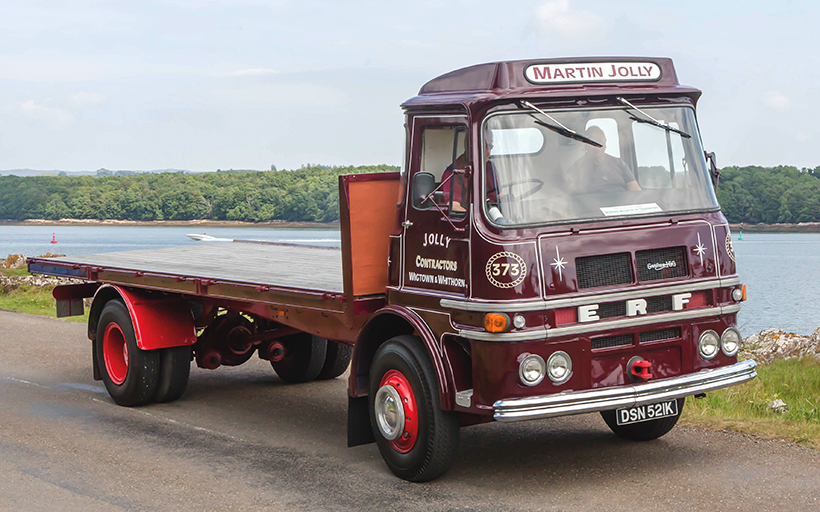 This 1969 ERF 54G was new to Joseph Grant of Boughty Ferry, but not registered until 1972. It worked delivering jute and potatoes around Tayside, later being found in an abandoned state in an oil rig supply yard in Aberdeen. Restored by Neil Anderson of Scotmech Trucks to its original livery, it’s now in a new livery with Martin Jolly. 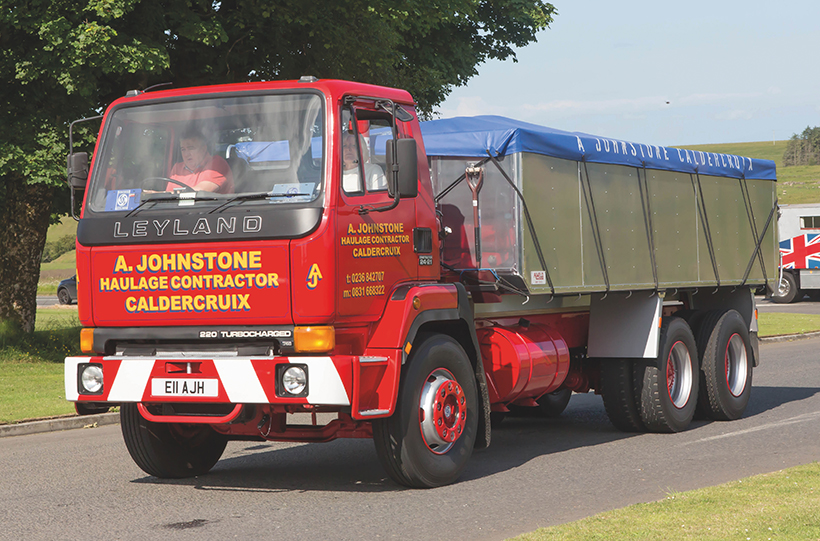 This 1988 Leyland Constructor 24.21 was fitted with a dismountable flat body and used in Hull before ending up in Ireland. It was bought from there by Archie Johnstone around 2016. A period body was built by Allweld of Newcastle-upon-Tyne, with the Constructor being on the rally scene since 2017. 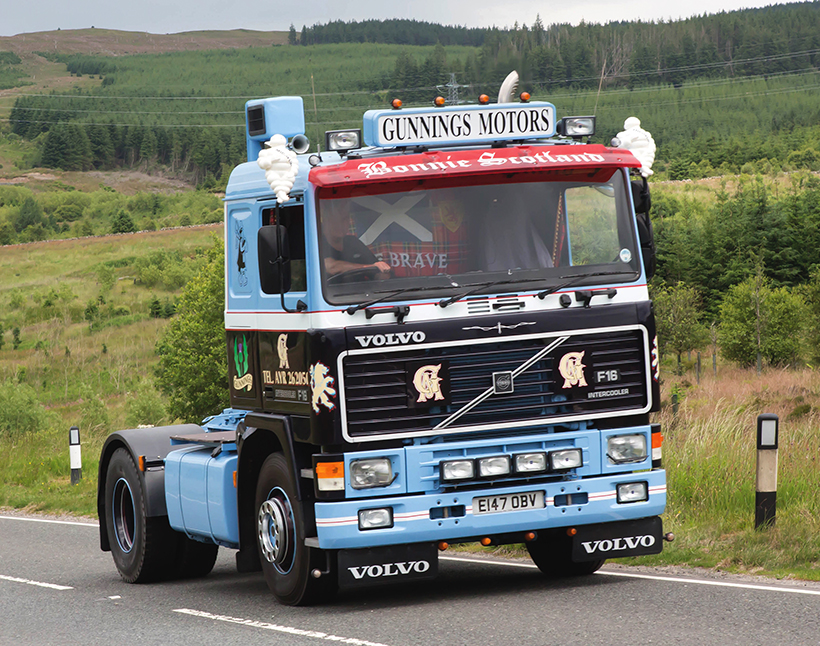 This 1988 Volvo F16 was with TK Gornall of Ribchester, near Preston, later passing to John Scott of Ayr. 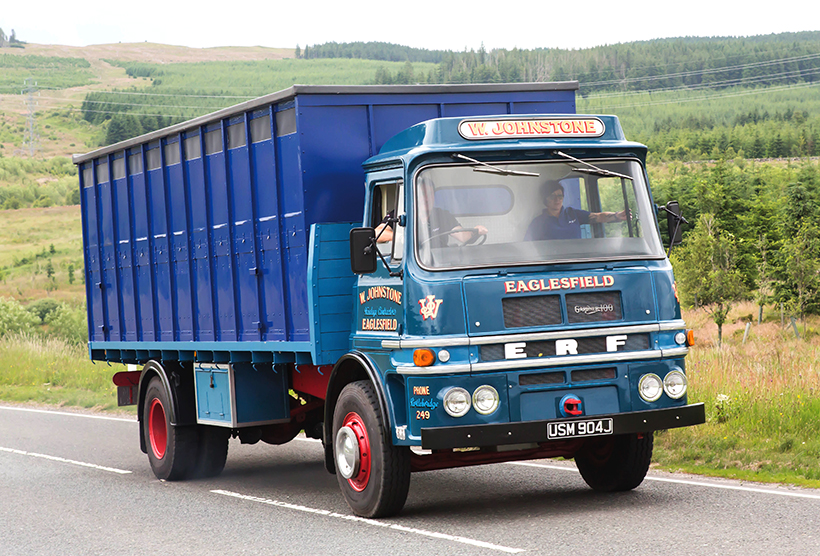 This 1970 ERF LV was new to W Johnstone of Eaglesfield. It was sold in the late 1980s and subsequently had owners in Dumfries, Maybole and Inverurie. It was bought around 2004 by Gordon Patterson whose father drove it with Johnstone’s and was often accompanied by his son. “I drove it when I first passed my test,” Gordon said. “It was for sale so I bought it back.” 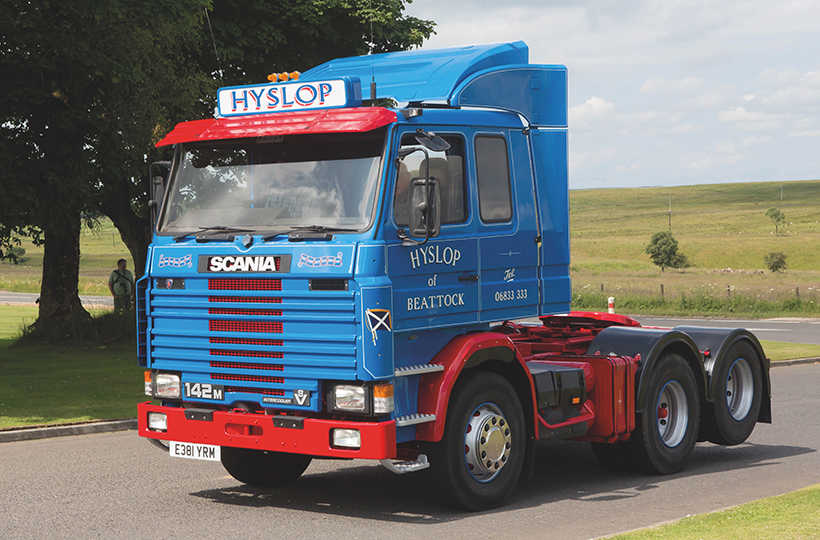 This 1987 Scania 142M worked from Carlisle when new, and spent some time in Ireland with R Dorman recovery of Carryduff. Bought by Hyslop of Beattock in 2000. 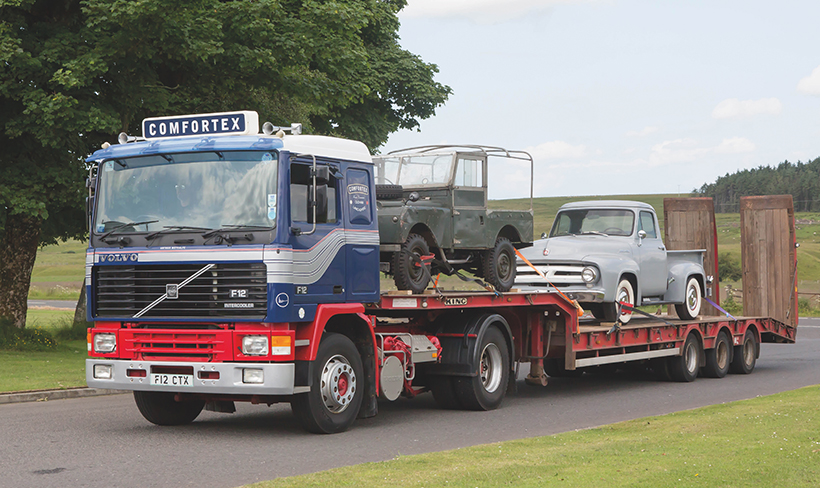 A 1993 Volvo F12. Originally K533 RKH, this Hull-registered Volvo spent some time with Ken Parrott, later being seen in preservation in the green livery of Des Hartley & Sons at various shows. It has been ‘semi preserved’ with Ray Beckwith since 2011, and runs weekly with his mattress manufacturing business Comfortex. 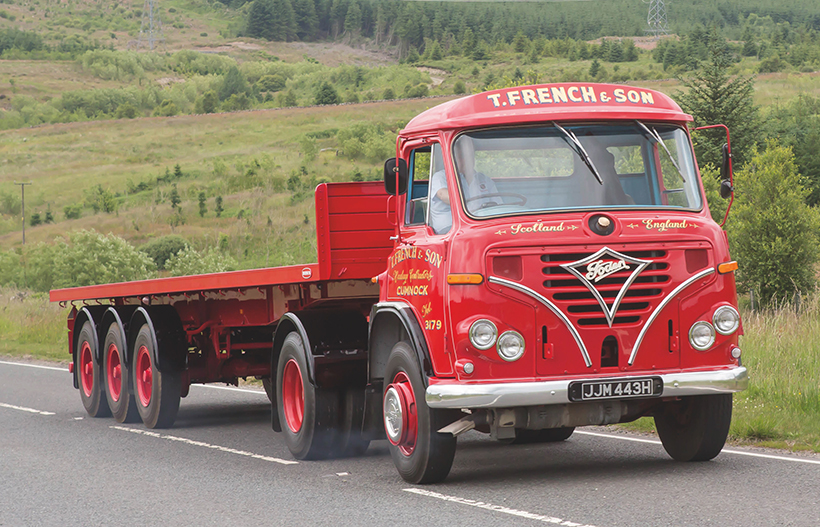 This 1970 Foden S36 Mk6 two-stroke was originally part of a cancelled order by Greenwoods, being taken on by Jack Looker of Carnforth. It was bought by Tom French from a sale in Dorset in 1994, then restored over several years. 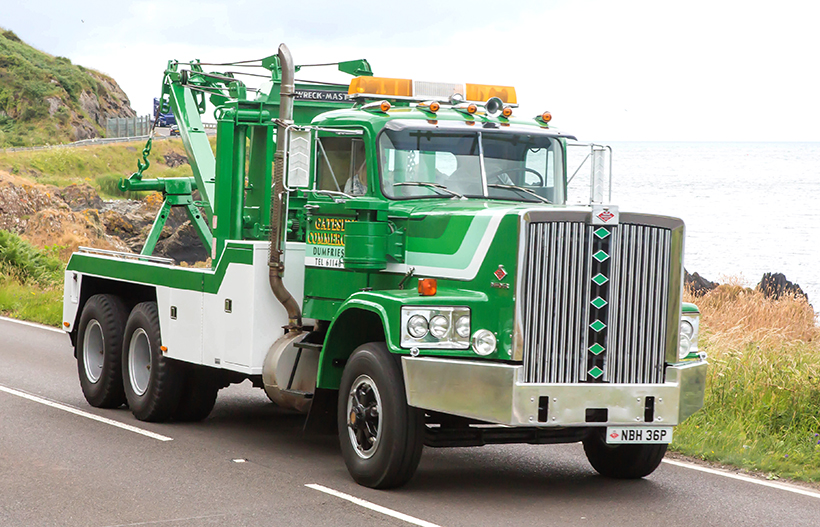 This Reo Diamond diesel six-cylinder recovery vehicle was imported new from America in 1975 by Bill Jackson of Wreckers International as a demonstrator. It worked in the Hereford area before being sold to Gateside Commercials at Dumfries, and was used on the A75 for recovery work. After four years in a London breakers yard, it passed to Kenny Marshbank. 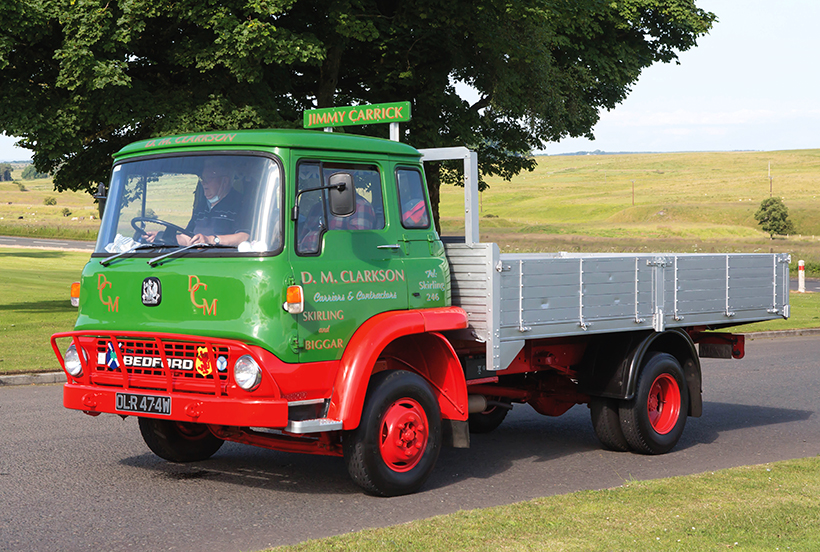 This 1980 Bedford TK is in the livery of D Clarkson of Stirling and Biggar. It had been a coal lorry and was bought by Jim Carrick, from Jim Smith. 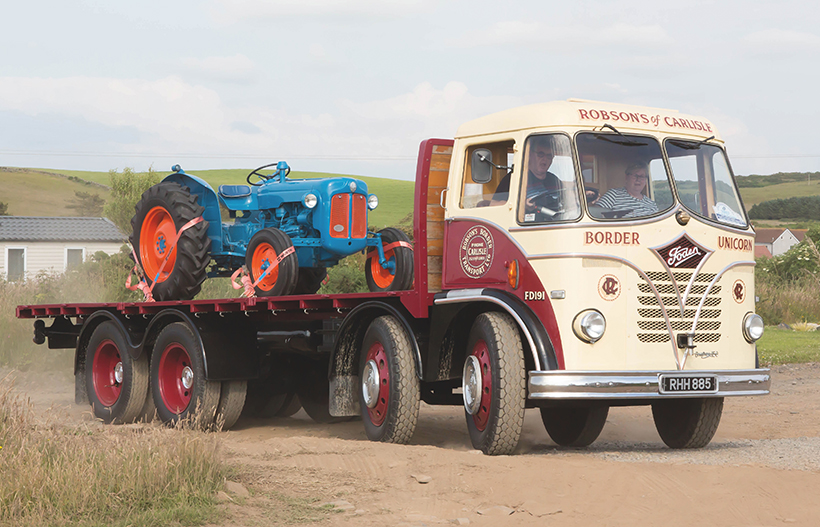 This 1959 Foden S20 was new to Robsons of Carlisle, passing to Codonas, the showmen in Scotland. It was bought for restoration by Henry Slinger in 1998, later passing to George McNoughton of Ardrishaig. 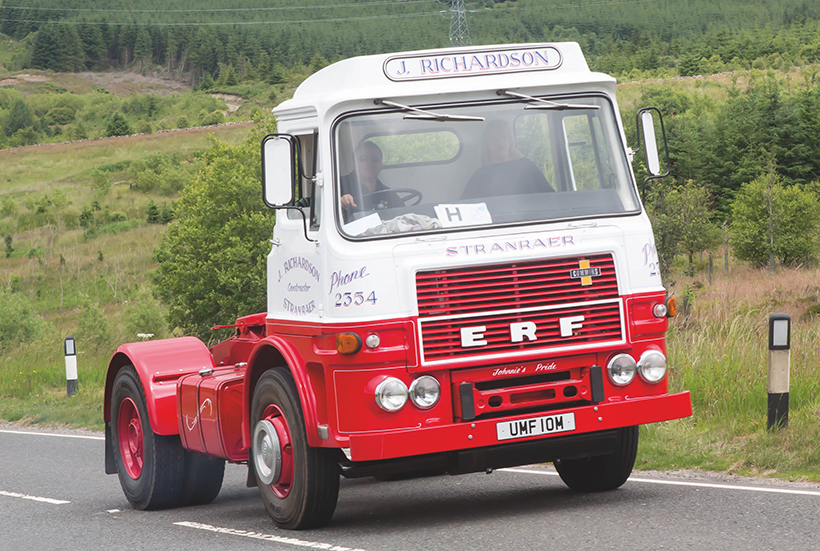 This 1973 ERF A Series was with Carless Petroleum with a tanker, coming off the road in 1986. Owned by Alan Richardson of Stranraer and liveried as J Richardson Transport. 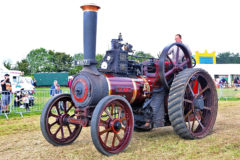 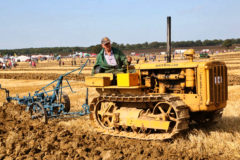