Stephen ‘Waspy’ Robson’s working weekend was one of the few events that took place in 2020, and Anne Bates was there to bring us this report. 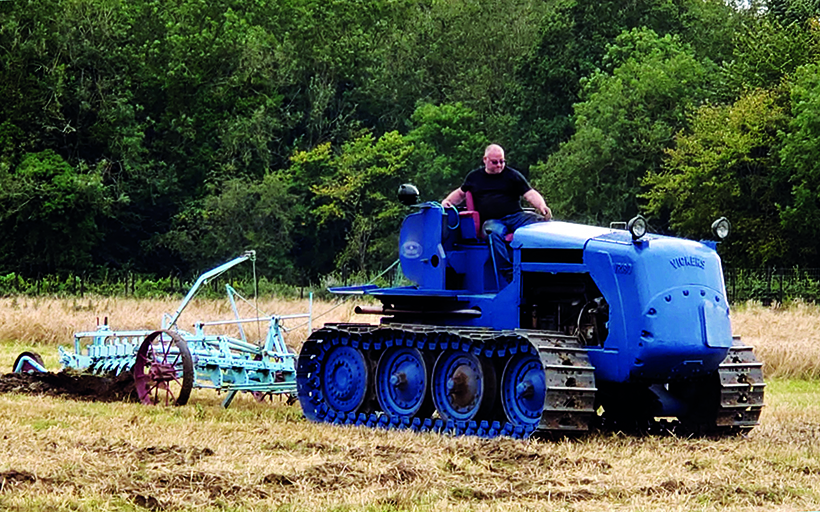 This event was held at the family-run and world-renowned Chain Bridge Honey Farm. It sits on the banks of the River Tweed, just upstream from the historic Union Chain Suspension Bridge that spans the border between England and Scotland.

The main focus of the weekend was crawlers, which came in a variety of shapes, sizes and ages. There were machines dating from the 1940s, right through to an up-to-date, all-singing, all-dancing Komatsu D41P, which was on site in preparation for the start of the restoration of the nearby suspension bridge. 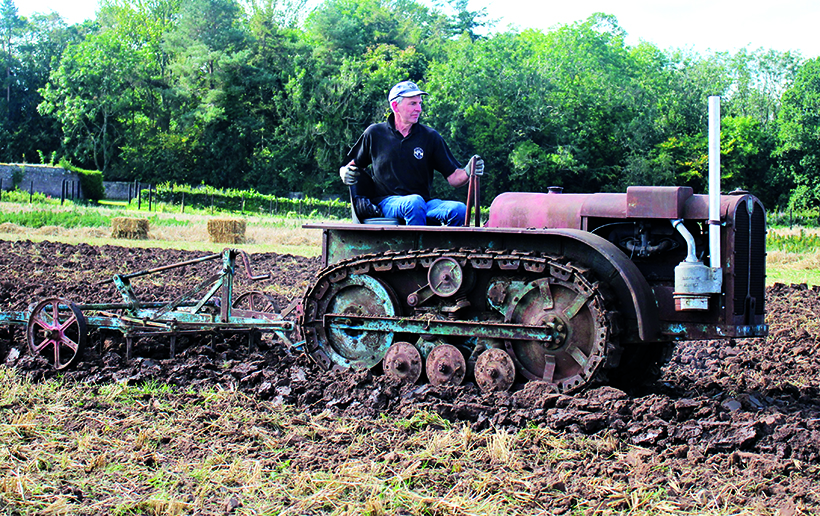 One of the most impressive machines performing at the event was the Vickers Vigor VR180. The sound of it was pure nectar to the ears, with the roar of its burbling Rolls-Royce engine when pulling a six-furrow Ransomes plough, making easy work of the soil conditions. This 1950 Vigor is powered by a Rolls-Royce C6SFL, six-cylinder, supercharged, inline diesel engine, rated at approximately 160hp at 1,800rpm. Considered to be a D8-sized tractor in its day, with a fairly rugged and reliable engine, the C6SFL featured dry-sump lubrication, direct electric starting, a viscous silicone torsional damper plus a fair quantity of aluminium castings in place of cast iron. 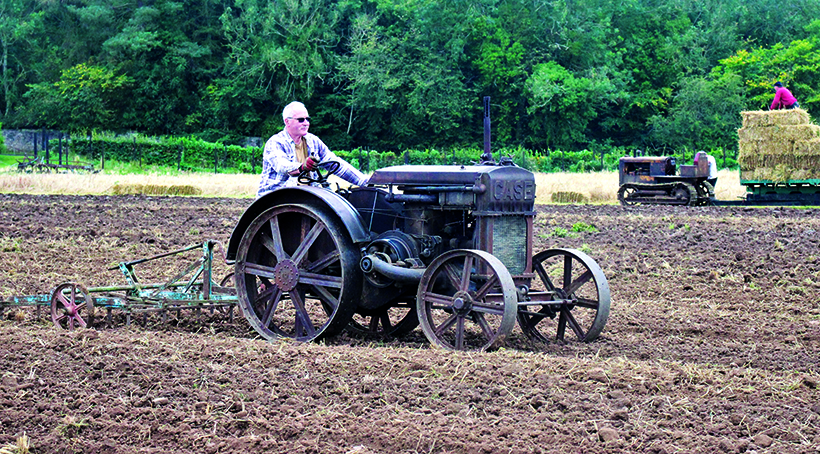 Colin Lewis with his Case Crossmount and cultivators.

At the smaller end of the scale was the tiny, French-made Issoise – a 1940s, patented version of a Bristol. Just 120 of so of these machines were built, with production ending in the mid-1950s. Chris Armstrong, who’d travelled from Lincolnshire to Waspy’s event, drove this unusual crawler and cultivator. 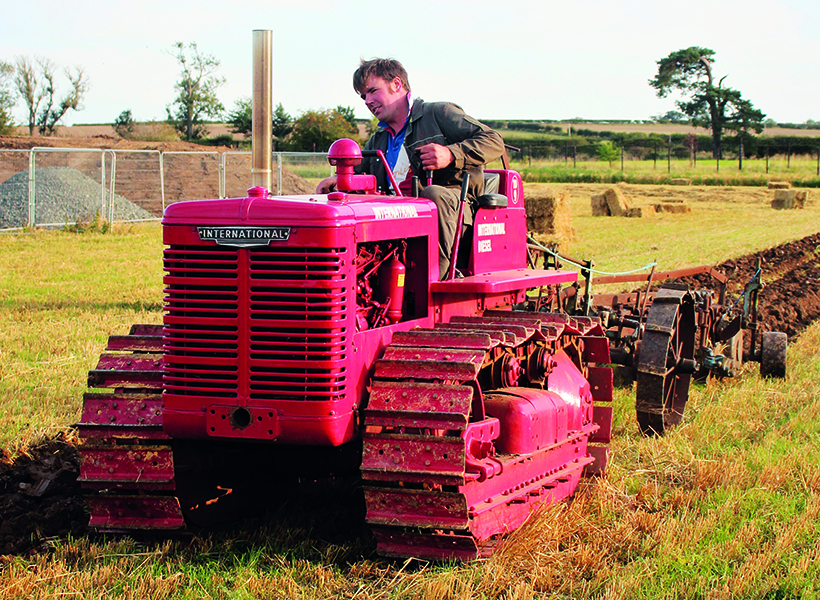 John Crowther with his TD-9 and plough, setting the furrow line.

Fellow competition ploughman, John Crowther, had his immaculately restored International TD-9 in action with a four-furrow plough. Also being put through their paces were a pair of Fowler crawlers, plus another International T-6, which were out of Waspy’s collection. 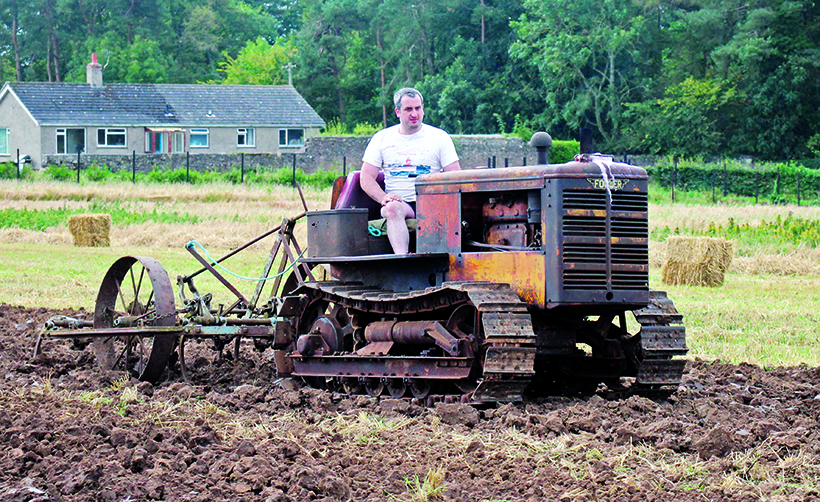 John Kent aboard the Fowler crawler.

Of the tractors to be seen was John Sheppard’s Fordson F, which he brought all the way north from Towcester. Experienced ploughmen John Crowder and Chris Armstrong spent a good while fettling and adjusting the plough attached to John’s Fordson, enabling it to perform better and produce competition-quality work. 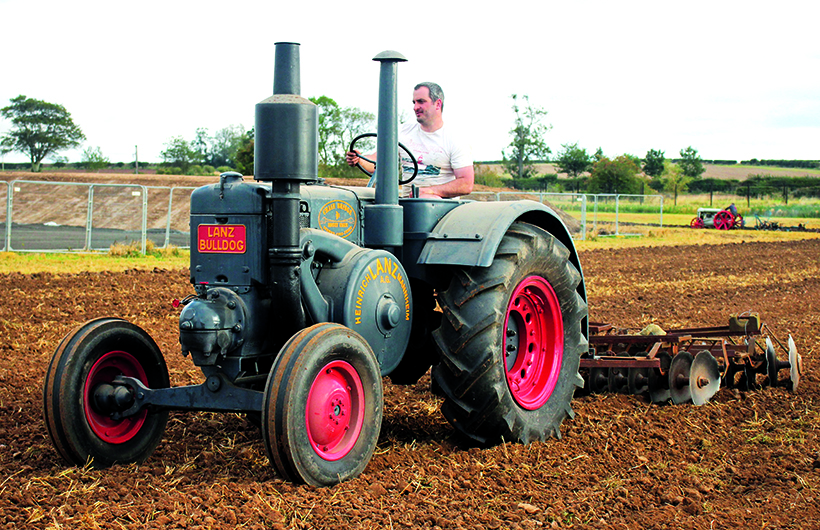 Welshman Colin Lewis was also in attendance with his 1919 Case Crossmont 10-18, pulling a set of spike harrows which were produced locally to him, and stamped ‘Made in Brecon’. It was good to see the 1938 Case Model L being operated by the new owners, Matthew and his son, Jacob; they’d recently purchased it from the Symington sale. 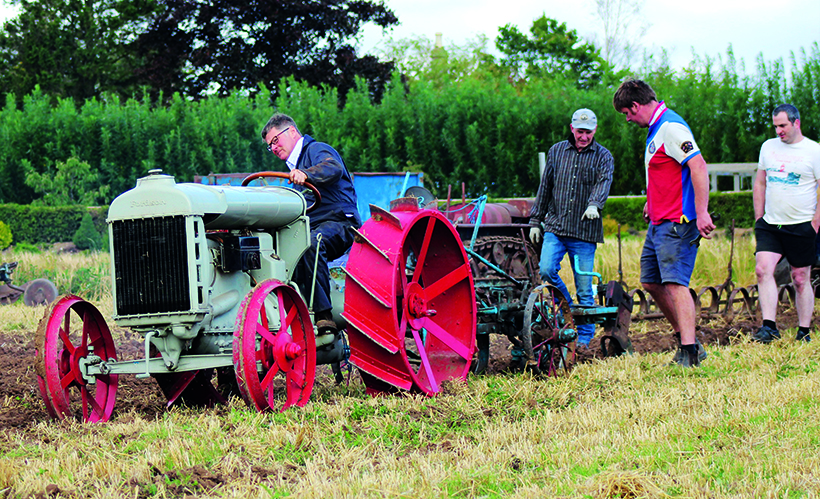 John Sheppard on his Fordson F, with John Crowther and Chris Armstrong preparing to adjust the plough’s set up.

Other tractors in action from Waspy’s collection included a Farmall with horndraulic loader, a 1937 Lanz Bulldog and a John Deere 2120. The latter was teamed-up with a John Deere baler that set to work on a field that had been cut by a Claas Matador combine. Joiner John Kent and Kevin Watson were on hand to fettle and drive some of Stephen’s collection of tractors and crawlers. 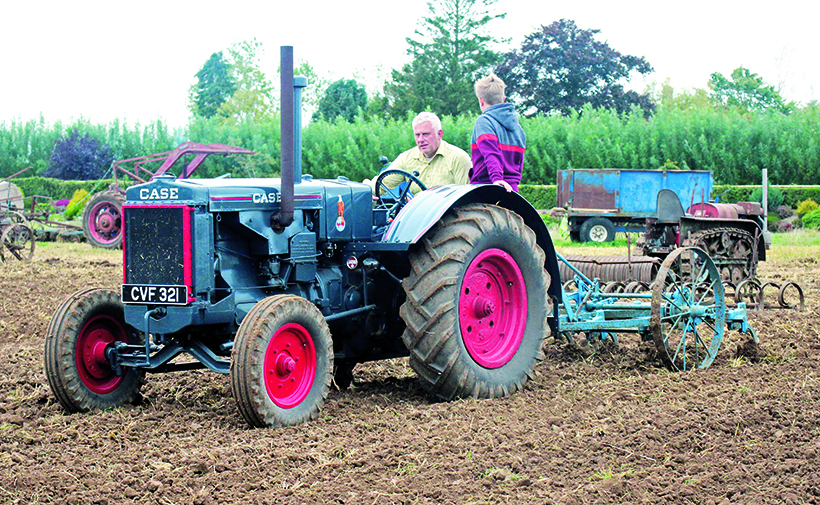 Testing out the paces of their new acquisition, Matthew and son, Jacob, aboard the Case Model L.

Special thanks must go to Mrs Robson, who supplied endless refreshments throughout the weekend for the participants. Everyone agreed what a brilliant event it had been. 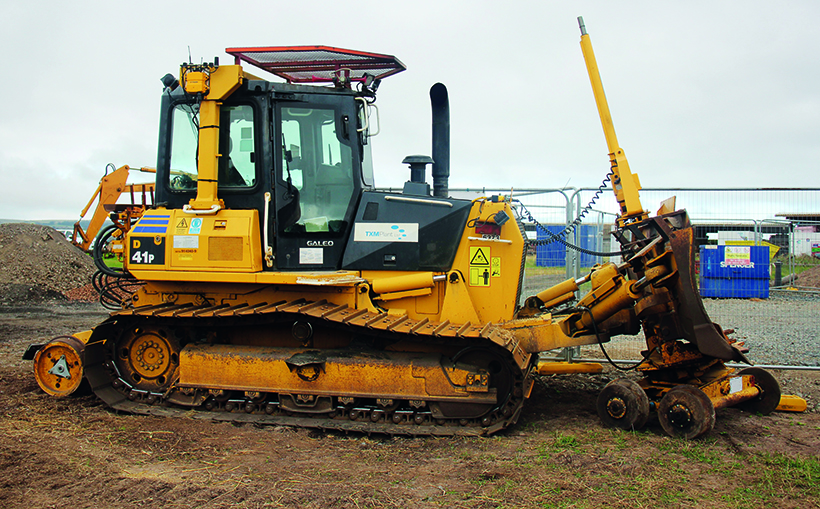 Something a bit modern; the Komatsu D41P. 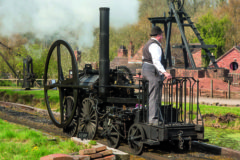 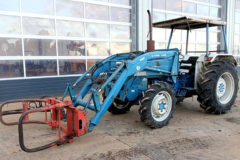