1997 saw the rise of BritPop, New Labour sweeping to power and the death of Princess Diana. But there was also plenty of interesting truck developments, with new models from DAF, Volvo and MAN, as Pip Dunn recalls

It’s no surprise that 1997 dawned with Mercedes’ new Actros range winning International Truck of the Year; with a completely new cab, it replaced the last of the Powerliner models that used the old 1973-designed NG/SK cab. Merc duly claimed its rivals were dropping their prices to beat its new truck to sales. 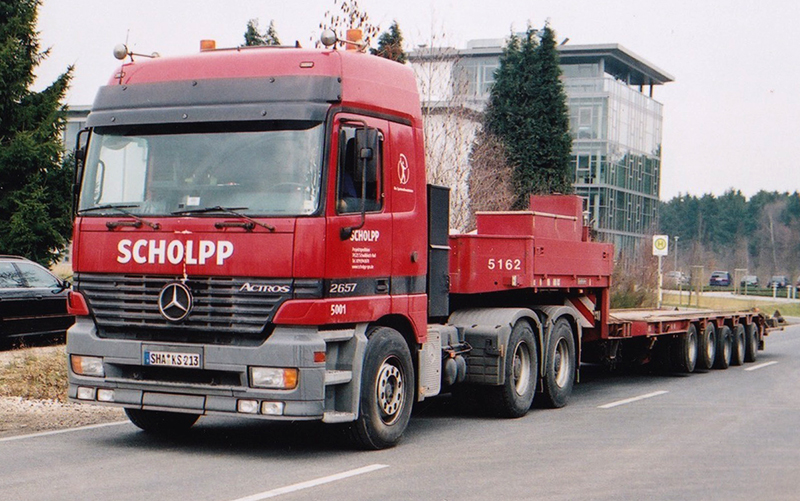 Mercedes’ new Actros model was launched in 1996, won Truck of the Year in 1997, and began to sell well in the UK after that

The start of the year saw ERF’s head honcho, Peter Foden, retiring, as Western Star took full control of the company, and promised to grow the brand in the UK and aboard.

The new year also kicked off with a major change to HGV tests, with all new drivers after January 1 needing to pass a C licence (for rigids) before being able to take a separate artic test, to gain their C+E – the old Class 1 – licence.

Month by month
DAF launched its new 95XF model in January, replacing the 95 Series, introduced a decade earlier. The new truck had tweaks to the cab – such as a new grille and headlights, plus a brand new 12.6-litre engine available at 381, 428 and 483hp. But the bigger, 525hp, 14-litre Cummins engine was also retained, and operators could finally order a right-hand-drive version after several years of just a left-hand-drive 95.500. 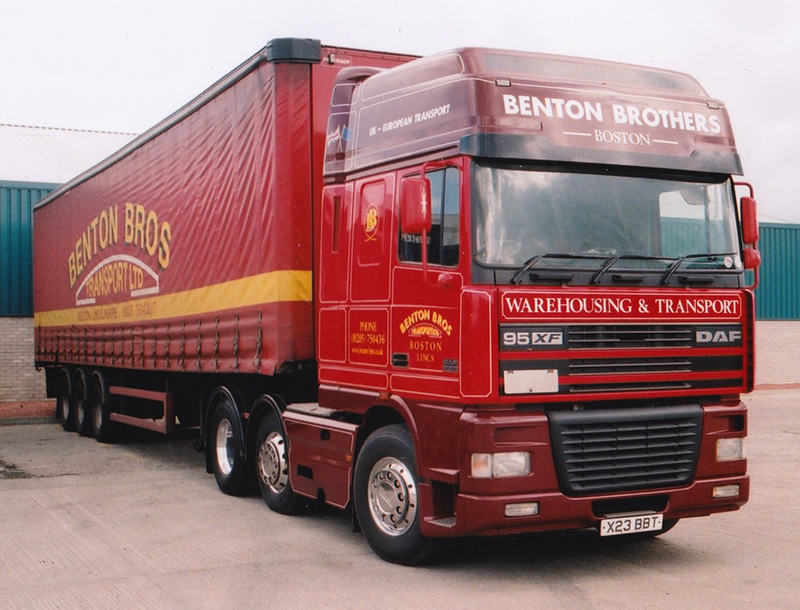 DAF upgraded its heavy truck range with the 95 Series morphing into the 95XF. It won the 1998 Truck of the Year crown later in the year

The Super SpaceCab, was available on all models, as was the Space cab, but flat-roof sleepers and day cabs were dropped as DAF looked to punt 85 series models on that market. Over 3,000 95XFs were ordered before production actually started in April!

A new 6×4 rigid version of Volvo’s FL6 was announced, which was lighter so could carry more payload – for those tipper operators not overly bothered about lots of frills on their trucks. With a 5.5-litre engine, it was available in 230 and 250hp outputs, but with a day cab only.

Iveco Ford planned to close its Langley factory, with production shifting to either Oldham or, more likely, Italy, which was another blow for truck manufacturing in the UK. Foden looked to move away from bespoke customer-ordered-only construction, to the mass production of fleet trucks, in a bid to increase its market share.

Under the radar
A new truck that may have slipped under the radar for many was the Partek Cargotec and Marshall Specialist Vehicles joint venture – a low-entry model aimed at the dustcart market. It was offered in 4×2 17-tonne, 6×2 23-tonne and 6×4 26-tonne chassis with Cummins engines; 200hp in the four-wheeler and 260hp in the six-wheelers.

Seddon Atkinson, by then owned by Iveco, launched a sales drive in the UK, with its parent company pledging £20m to improve its market share. Its Strato range used the same cab as the Iveco EuroTech and Eurostar ranges. Low prices were seen as a key tool in this battle… 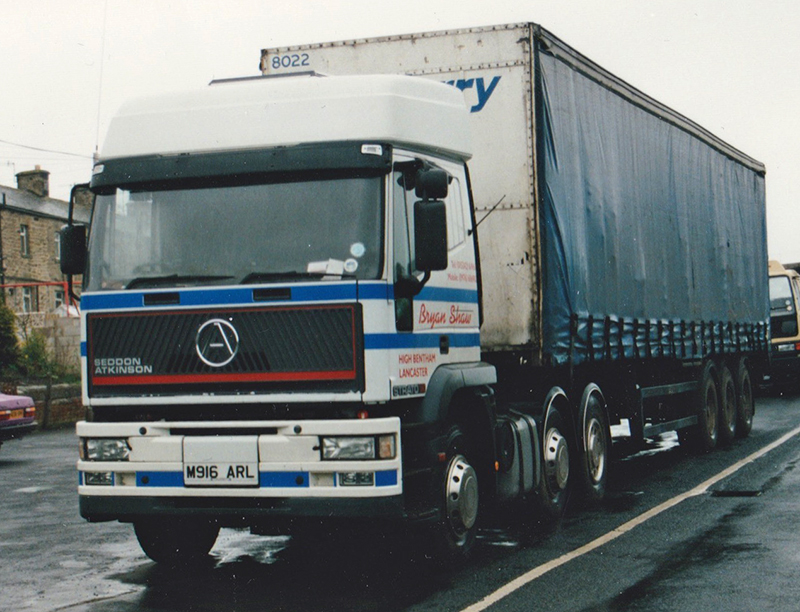 Seddon Atkinson got a boost from its owners, Iveco, and a sales drive was planned. Within five years, though, it was a wholly different story

Unveiled at the Brussels show was a Belgian-registered, left-hand-drive, 6×4 rigid, gas-powered ERF with a 12.2-litre Perkins Eagle TX engine producing 340hp (rather gutless for 44 tonnes).

In America, Freightliner – itself owned by Daimler-Benz – was in talks to buy Ford Trucks in February, in a $300m deal. ERF started its fuel challenge, to give operators the chance to test one of its EC11 models against any other competitor.

Volvo claimed it would make a major launch every year for the following 10 years. First would come the FM – a replacement for the popular, but ageing FL10 models – in 1998. As expected, Iveco closed its truck production at Langley, and the work moved to Brescia, Italy, with the loss of nearly 500 jobs.

Finnish manufacturer Sisu started to use Renault cabs – with the Premium cab becoming the standard for its heavy truck range. The truck had a Mack engine – the American company also owned by the French giant. Seddon Atkinson launched its new Leader refuse chassis, complete with a new cab featuring a centrally-placed driver’s seat.

ERF rigids
ERF announced it was to start building 11-tonne rigids, the news coming in March; at that time, 17 tonnes was the smallest vehicles it produced. There wasn’t a lot of details on what cabs and engines the trucks would use, at that stage. Volvo’s new FM12 was spotted out on test, when a pretty much unmasked truck was seen with UK plates and FH12 badges!

DAF looked at ending its truck racing team, while Caterpillar decided to start offering its 7.2-litre, 3126 engine at ratings of up to 300hp for UK trucks – namely Foden, ERF and Dennis. Renault announced that it had incurred heavy loses of £94m for 1996.

The big news in April was the decision by Paccar to use the DAF CF cab on Foden trucks (which subsequently turned out to be the first nail in the Sandbach manufacturer’s coffin). It replaced the 3000 series cab but, eventually, became the only cab on the iconic brand. However, at the same time, the new high-roof XL cab on the 4000 series was unveiled, finally giving Foden a flagship, high-roof sleeper to compete with its rivals. The bunk was increased in width by a third!

Maxter replacements
Renault’s new 4×4, 6×4, 6×6 and 8×4 Kerax models, which used the Premium cab, were unveiled to replace the elderly Maxter range that was still using the venerable Club of Four cab. The six-legger had 260 and 300hp engine options, while the eight-legger offered 300 or 340hp engines – but there was also a 385hp option not initially available in the UK. 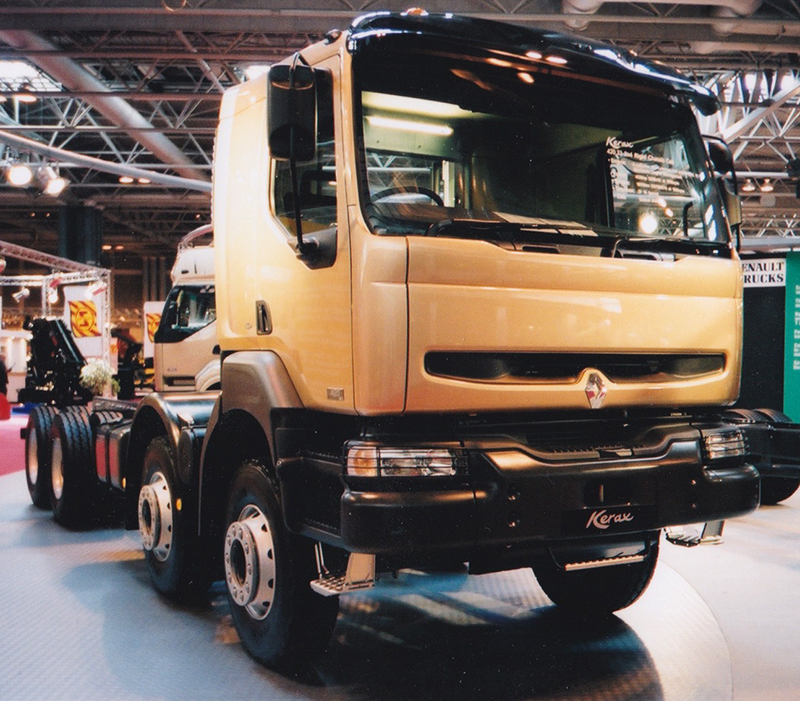 Renault unveiled its Kerax rigid range, with 6×4 and 8×4 models destined for the UK; it used the same cab as the Premium

ERF started its Fuel Duel challenge with a major advertising campaign. In fairness, it was a success, as the EC11 beat pretty much every similar competitor. 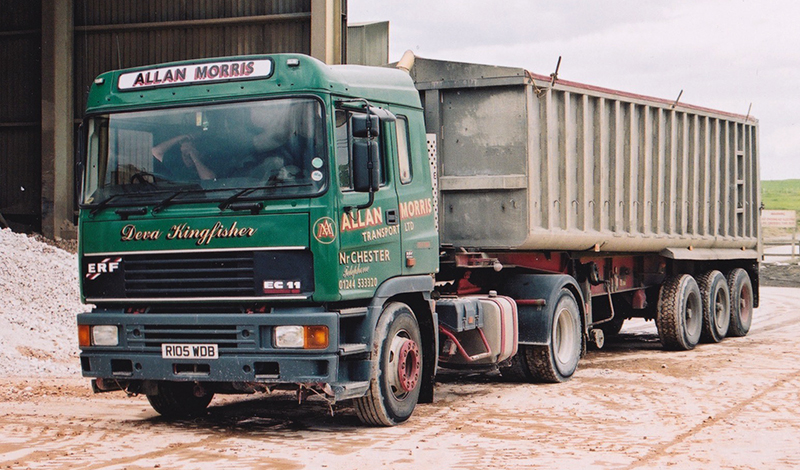 ERF challenged operators to pitch its EC11 against other makes in its ‘Fuel Duel’; and it won far more head-to-heads than it lost

In May Volvo hinted that it might turn to Cummins for its Euro 3-compliant engine to replace the 16-litre lump on the flagship 520hp FH16. ERF’s fuel duels were going well with a P28 W25 D2 L1 record, with many ECs topping 10-plus mpg. Merc was on an aggressive streak with its head of commercial vehicles claiming the company could stand to make losses for as a long as it needed to, in order to ‘kill off the competition’.

There was a familiar name back in the UK in June, with Detroit engines going on test in a fleet of 12 ERF EC 127s. The 370 or 430hp, 12.7-litre engine was seen as an alternative to a Cummins or Caterpillar lump. Following the return of a Labour government with Tony Blair’s landslide election, there was a hike in diesel taxes in the first budget. 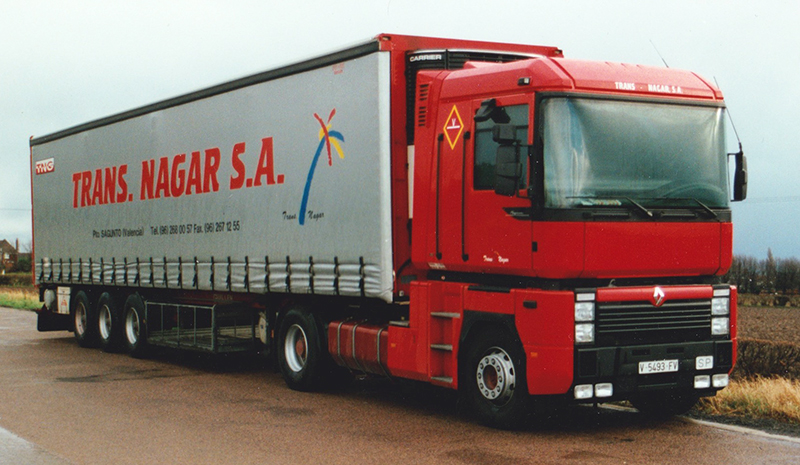 Renault’s Magnum got a facelift, but the new drivelines – with Mack engines – were the big news

As sign of further harmonisation of products, an Iveco engine was offered in a Seddon Atkinson, with the 300hp 9.5-litre unit being made available on the 6×4 rigid dustcart chassis. Renault’s ageing Magnum model got yet another makeover, with interiors being revised and tweaks to the external appearance as well. But under the cavernous, but Marmite, cab were a range of new, 12-litre engines, at 390, 426 and 470hp, plus the 560hp Mack 16.4-litre V8.

Merc photos leaked
Into July and the first pictures were leaked of what would be Mercedes’ new Atego lightweight range on test. It was set to replace the aging LN2 models, and would run from 7½ to 28 tonnes. Assembly of four DAF CF65s was undertaken at Foden’s Sandbach site; both companies being owned by Paccar, wanted to see if the trial construction would bring it cost savings as well as allowing DAF or meet demand because its Eindhoven site was at full capacity.

Six months after the changes to the HGV test, there was a massive drop in the number of test being taken, causing a driver shortage.

There was some confusion over what new weight limits would be in the UK, from January 1st, 1999. That date would allow 40 tonnes on five axles, but it might not be allowed for domestic operators, and only for those engaged in international operations. ERF was one of many manufacturers looking to sell its trucks into the Czech Republic.

In August, Iveco said that Seddon Atkinson would be a stand-alone company in the UK, and also start to export its models into Europe. The old Mercedes LN2 cab wasn’t fully killed off but, instead, formed the basis of a new conventional truck for South American markets.

Merc and DAF offered mid-lift axles on their 6×2 tractors, as the configuration started to gain further appeal among UK operators ­– lighter then twin-steers and save on tyre wear and fuel. The gas revolution continued, with a Volvo FL10 6×2 dustcart on trial in Gothenburg.

Isuzu assault
Isuzu announced, in September, that it was planning an assault on the European market, especially at 7½ tonnes. Rumours of Volvo linking up with Mitsubishi resurfaced, while Merc’s new low-entry cab – which would turn into the Econic range – was snapped on trial.

Iveco planned a new 8-litre engine, with outputs up to 350hp, to replace the existing 9.5-litre unit. Meanwhile, Mercedes unveiled its Actros rigid tipper chassis, with various configurations from 4×2 to 8×8, but said they are not coming to the UK just yet as they were deemed too heavy for UK customers. Engines were the same as in the tractors – from 313 to 571hp. Volvo showed off a dual-power FL6 15-tonne rigid, with electric power for town running and diesel for longer distance running.

More details of the Volvo-Mitsubishi tie-in were revealed in October, with the Swedish company taking 7½ tonners from its new Japanese partner, and the latter using Volvo axles and gearboxes in the Far East. Renault hinted that US-style conventional trucks – with huge sleeper cabs – could be seen in Europe, if legislation changes were made. They weren’t…

Tescos took its 1,000th Scania truck while, in America, the Ford trucks brand was dropped by its new owner, Freightliner, and changed to Sterling. There were suggestions that Scania might take over the VW truck operation in Brazil. Iveco launched the 470hp version of its EuroStar flagship in the UK, the 400E47, which would be sold alongside the 400E52. It had its Eurotronic semi-automatic gearbox.

New MAN cab
November 1997 saw the first images of MAN’s all new cab on test. It was a lot boxier than the F2000 range. It would be launched as the new TGA range, in 1999. DAF’s 95XF won Truck of the Year for 1998, beating off a surprise challenge from the Renault Magnum. The RHA wanted a 40-tonne GVW limit for the UK on five axles, and without an increase in road tax for hauliers.

Finally, into December, and Freightliner was to launch a US version of the Actros, from its parent company Mercedes. It claimed it would be lighter and use US engines and a cab. Caterpillar bought Perkins for £800m, to give it a wider range of engine options for customers.

DAF confirmed the 12.6-litre engine will now be available in the CF, while there would be a new, 9.2-litre motor for the 75 series. The CF would also get a makeover to make it look more like the 95XF, both internally and externally, while the CF cab was confirmed as heading to Foden models.

The first ERF EC127, with the Detroit engine, was sold to Welsh haulier Cawley Brothers, while DAF did a U-turn, announcing that it would continue with its truck racing team. And that was 1997 in the world of trucks! 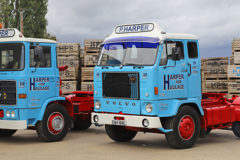 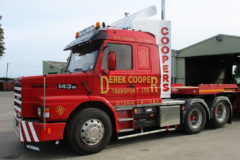