Lydia Eva, the 1930 steam-powered drifter is to take a starring roll in a new blockbuster movie, called Wonka. 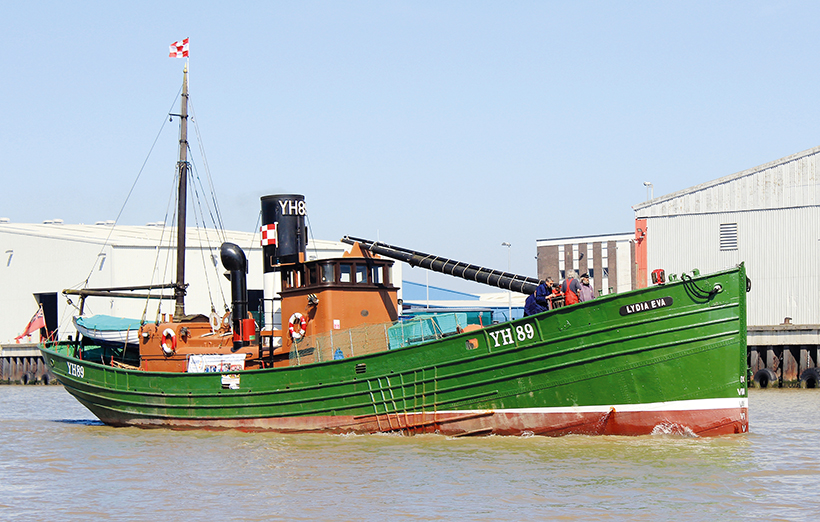 The historic, 1930 steam-powered drifter Lydia Eva is usually based at Great Yarmouth, in Norfolk.

The world’s last steam-powered drifter, Lydia Eva, was towed from her usual berth at Great Yarmouth to Lyme Regis in September 2021, to take part in filming for a blockbuster movie to be called Wonka. Starring Timothée Chalamee, who was aboard the vessel at Lyme Regis, the film tells the story of a younger Willy Wonka, and how he first came to meet the Oompa-Loompas. Filming took place over two days in the middle of October 2021, with the whole of the Lyme Regis Cobb dressed as a Victorian port.

Lydia Eva was built in 1930 by Hutchinson King’s Lynn Slipway Company for Harry Eastick, whose Gorleston family had been in the fishing industry for more than a century. In 1942, she was taken over as a depot for the Air Ministry’s Bombing and Gunnery School, in Anglesey.

After the war, she resumed her fishing career, this time from Whitehaven. From 1960 she served for the Marine Services Division of the Royal Navy at Pembroke Dock and, in 1972, was acquired – with other historic vessels – by the Maritime Trust. Today she is owned by the Lydia Eva and Mincarlo Trust, and based at Great Yarmouth. 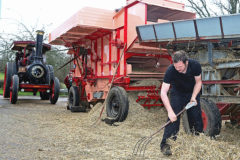 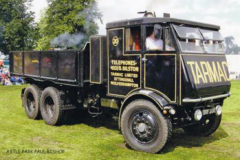 The fascinating history of Tarmac Ltd