Kevin Hoggett provides an update on the 1956 passenger vessel Friesland and her current role as a popular excursion boat. 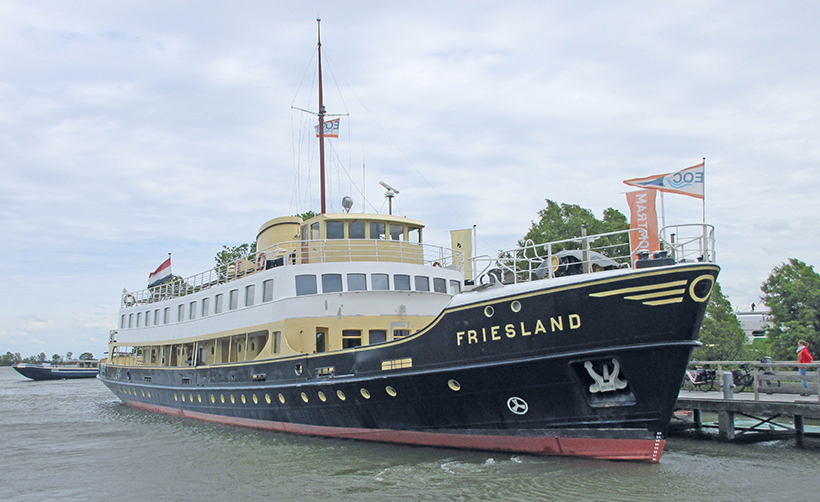 The 1956 passenger vessel Friesland on her berth in Enkhuizen. (Pic: Kevin Hoggett)

The passenger vessel Friesland was constructed in 1956 by P De Vries Lentsch of Alphen a/d Rhine for the Doeksen Line, to operate on the ferry services to the Wadden islands of Terschelling and Vlieland, advises Kevin Hoggett. She is 171ft (52 metres) long and, as built, was able to carry 1,300 passengers and about 12 motor cars side-loaded on the fore and after decks. She is powered by a Werkspoor direct-reversing six-cylinder diesel engine driving a single propeller.

She operated the same routes until 1986 and was then sold to a company which transformed her into a saloon ‘party’ ship, and brought her south to Rotterdam, at the same time renaming her Carolina. She later regained her original name and sailed as an excursion ship in Zeeland. 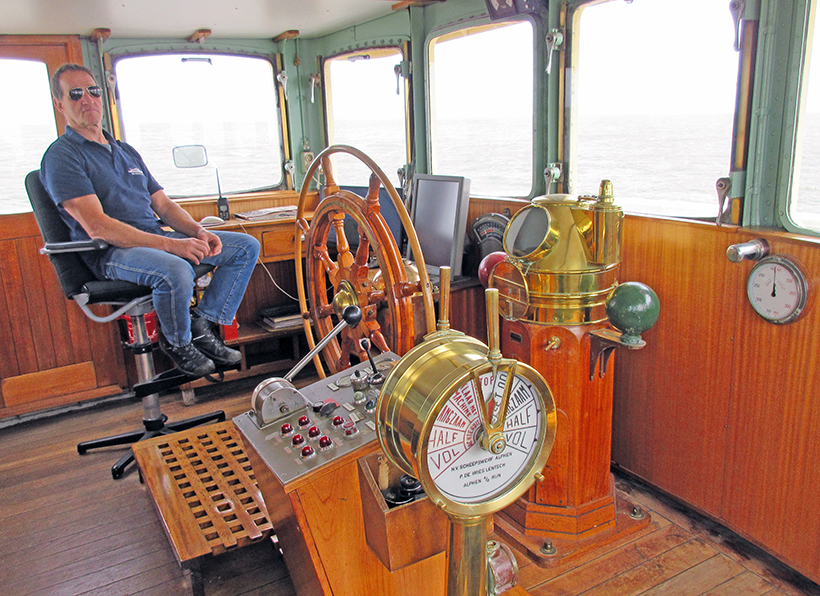 The captain of Friesland on her bridge. The direct engine bridge control was added in the 1970s.

In 2001, the Hoorn-Medemblik Steam Tram was looking for a suitable vessel to complement its rail excursions by sailing between the northern terminus of its line at Medemblik and the pretty town of Enkhuizen. This is across the Zuiderzee, which is now known as the Ijsselmeer since it became land-locked by a causeway in 1932. This connection makes a very attractive three-sided excursion possible using the modern railway between Enkhuizen and Hoorn in either direction – the ship sailing from Enkhuizen to meet the tram from Hoorn at Medemblik before returning about an hour later. A single passage takes about one-and-a-half-hours. Friesland is perfect for this service, since her riveted hull, teak-planked decks and tastefully restored saloons give the feeling of a vessel from a bygone age. 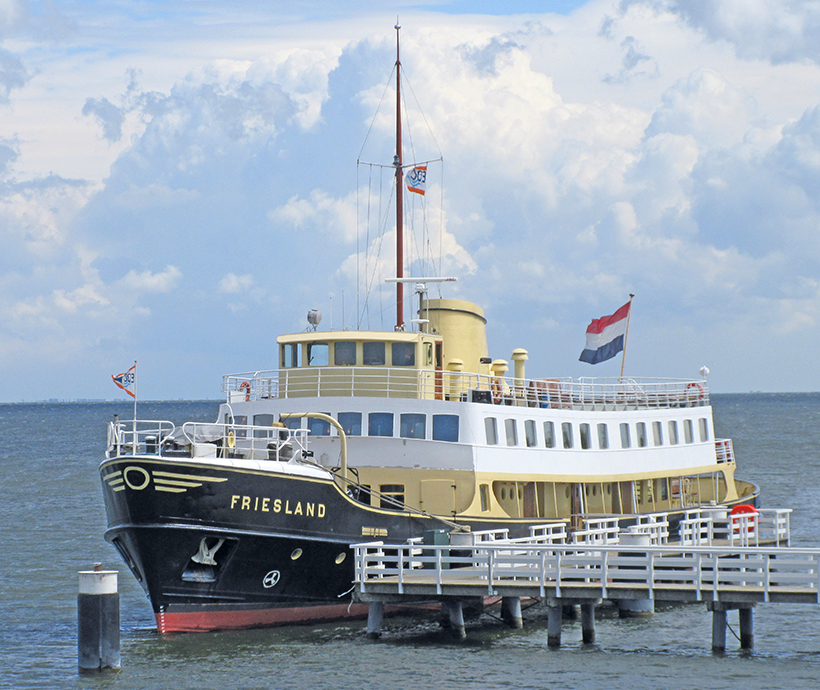 Friesland awaits passengers from the steam tram at Medemblik

The steam tramway has a superb collection of small locomotives and rolling stock, both tram and conventional railway style. Starting at Hoorn, with its pretty station, loco shed and working semaphore signals plus the signal box – all of which may be visited – it meanders some 12 miles (about 20km) through typical Dutch countryside before reaching Medemblik, about 80 minutes later. There is then time to explore the town before continuing by ship or returning by train. 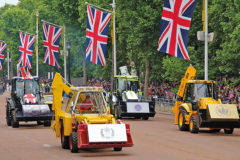 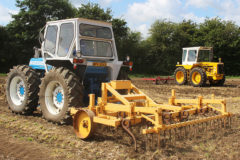