Peter Love reports from a recent Cheffins sale dominated by Ford tractors, held at the company’s Sutton premises in Cambridgeshire. 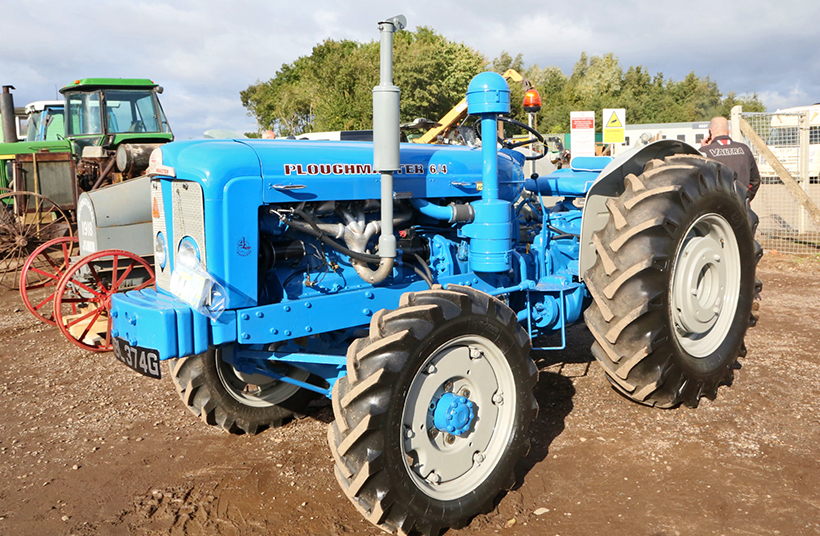 Cheffins offered approximately 180 tractors at its last Vintage Collective of the year, which took place on October 23rd, at Sutton, Cambridgeshire. The weather was dry and reasonably warm. The commercials and steamers did well but, when it came to the tractors, it was a matter of quantity rather than quality, although many of them sold well for what they were.

The second highest price went to the late Ted Goldup’s single-speed 1915 Overtime R, which Ted found behind a shed. It was last shown at 2019 The Great Dorset Steam Fair, in the 2019 Kelsey Media tractor tent, before Ted died. It sold for £38,500 and was evidently an excellent runner. Ted gave the tractor a ‘Mk2’ restoration in 2001, then took part in the largest gathering of veteran tractors ever assembled in the UK, at the 2001 GDSF.

In the implement section, a rare Ransomes, Sims & Jefferies RTYPL ride-on plough of this era sold for £20,000, some £3,000 above my estimate, and has gone to a collector of these early tractors and ride-on ploughs.

In the online implement sale, the first production Ransomes-Ford Leamington Spa factory-made 1016 two-furrow reversible plough, classed as a lightweight and designed for the ‘new’ Fordson Dexta range, went on to sell for £4,100. It was last used at the 2008 National Ploughing Championships near Maidstone, in Kent. There were other good prices made in this section.

The Ford Series 10 models did very well overall, with a 1991 MF 365 with MF 80 loader, in very original condition, selling for a record £20,200 + VAT. Although a number of tractors didn’t sell, this was mostly due to a combination of high reserves and below standard condition.

This was a good sale for Cheffins, and here’s a make-by-make summary.

Allis-Chalmers
There were just three Allis-Chalmers tractors offered, with the best being the ex-Kevin Gilbert restored U, which sold for £2,600. Auctioneer Oliver Godfrey stated there was an option to buy a starter motor and ring gear to convert the U to electric start.

David Brown
The stock here wasn’t terribly glamorous, and the ex-Canada restored 50D didn’t make it. So it was left to an original-style 1954 30D, with DB two-furrow plough, to fly the flag, selling for £4,500.

Caterpillar
Doing well was a 1943 Caterpillar D4 7J, which had been with the same owner since 1956. This restored tractor had been used in preservation, but was in good order and sold for a fair  £4,200.

County
All the County stock did well, with two of the lots having been imported. The County 4600-Four didn’t quite excite as much in the flesh as it had in the catalogue, and didn’t have the cab or roll bar that it should have done, which was reflected in the £7,200 selling price.

Ferguson
There was nothing very special about the stock on offer, although the Ford-Ferguson 2N that was listed in the programme as a ‘9N’, was a good piece of kit that sold for £3,800. The best was a genuine 1953 Ferguson a TE-L 20 orchard model which, although showing rust in places, sold for £3,550.

Ford
This year’s big sales have all been about the ‘blue’ tractors, and that trend continued here, with the 10 Series models shining in particular. A number of 8830s were offered but none sold this time, with owners wanting too much for what they were. One even came from Barcelona, Spain. The nicest was a rare-to-see 1984 Ford 2910 with LP cab. It had been supplied by Curtis & Horn and, thanks to its originality, sold for £9,000 + VAT.

The best price went to a two-wheel-drive, 1986 Ford 6610 Force II with only 991 hours on the clock. I feel some parts of the tractor had possibly been resprayed, but it changed hands for a thumping £22,500 +VAT.

Fordson
One of the highlights at this sale was a Duncan-cabbed 1955 Fordson Diesel Major in original-style condition, which sold for £6,600. Driven away with lots of blue smoke from its Perkins P6 engine was a 1949 Fordson E27N Major, in original style that sold for £7,500.

A fine, Lambourn-cabbed E27N with Perkins P6 and Ransomes Robin plough and high top gear got to £8,000, but wasn’t sold. It was a similar story with an original, petrol/TVO E1A Major that reached £5,000 but failed to sell. 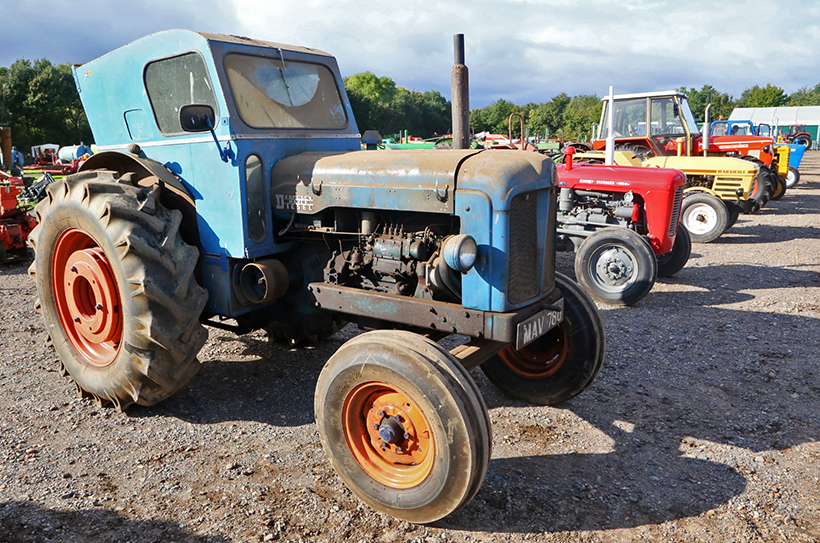 IH
There was not much to report about International Harvester. The TD-9 is a hard type to find for crawler fans, and an example here needed heavy work and was moved on for just £850.

MF
As always, the MF prices were high. The 35 prices are rising and it’s similar for the 135 and the 1200. The late Ted Goldup’s 1967 Morris Minor, that was new to Ben Turner and something Ted drove when new, was very much as it worked for this company. It sold for £8,500 on the day.

Marshall
Too much was expected for the original 1950 Field-Marshall 3 contractor with winch, but no lights. The tractor featured a donkey engine, which makes it so much easier to start, but loses its authentic looks and it faded out at just under £20,000.

There was great interest in the original-style Marshall 804XL, which sold for a very good £17,000 – a new world record!

Muir-Hill
Only one Muir-Hill was offered – a 1975 121 and not the greatest example really, but not the worst by any means. The vendor made money on his purchase, having kept it some years. It went on to sell for £8,500 + VAT.

Nuffield/Leyland
Not many of these tractors were present this time, but both examples did well and the great improvement in Leyland prices was shown again with a 1977 Leyland 272, a very clean and original 3/10 example, selling for £4,100.

Roadless
The star of the show was a 1963 Roadless 6/4, that was new to JG Phillips of Wiltshire and used on forestry work from 1964. The restoration was obviously fastidious and perhaps over the top for some, with bright injection pipes and CAV pump. The Oakes-supplied tractor reached a stunning £40,000, which had been predicted.

Others in this line did very well for what they were. 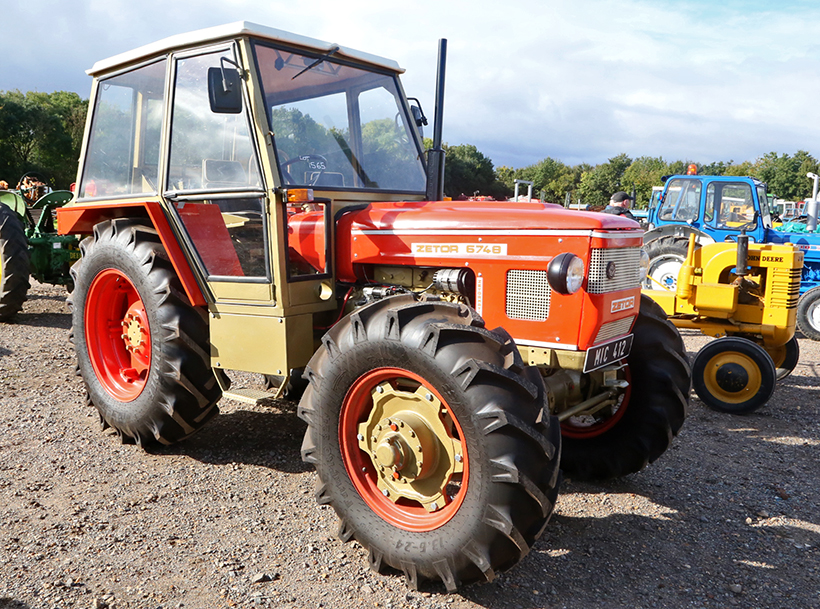 Others
Perhaps the bargain of the sale was a running French-built Austin 15-25 that sold at £6,200. It needed work, but irrespective of this the interest in early tractors appears to be fading, which is such a pity. 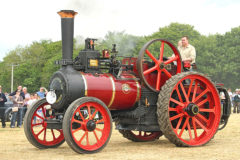 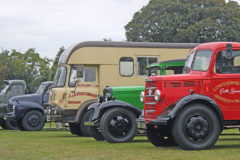