We report from the spectacular Cheffins Vintage Collective sale, noting some of the many highlights that sold on the day. Sun and dust were some of the main ingredients at the Cheffins Vintage Collective Sale, held back in April, at the company’s Sutton site in Cambridgeshire. At last, bidders were able to attend in person, and 2,000 lots were entered for them to consider.

People are investing in tractors, rather than putting money in the bank, and it was the original tractors and classic models that proved to be the most popular. The ex-Peter Fordham 1962 Fordson Super Major was a prime example. That tractor features a Howard reduction box, but that wasn’t the reason why people wanted 748 JBM; the winning bid of £6,000 proved that solid, original tractors are what people want these days.

As has been the trend since 2019, classic International Harvester models have seen a rise in prices, and several were offered at this auction and most sold. With the interest in the newer models from this marque growing, this seems to be being reflected in the price for the older models, too.

Three very good Leyland tractors all made record money, including an industrial 154 to concours standard – making an outstanding £7,200. This was followed by a Leyland 245 with some resprayed panels, but an overall appearance of patina rather than paint. It boasted a genuine 1,318 hours only on the clock, and was knocked down for £7,500 – another record! This was followed by a late entry – a 1981 Leyland 272 in original condition, registered RWR 791W, that went on to make £7,700 +VAT. This was yet another record.

The ex-Sonny Smith 1979 Ford 6600, registered AUJ 200T, is a gem that was well presented in his style of the time. We expected it to make more than the £12,000 it was sold for, but four-wheel-drive Fords appear to be the ones that people want. 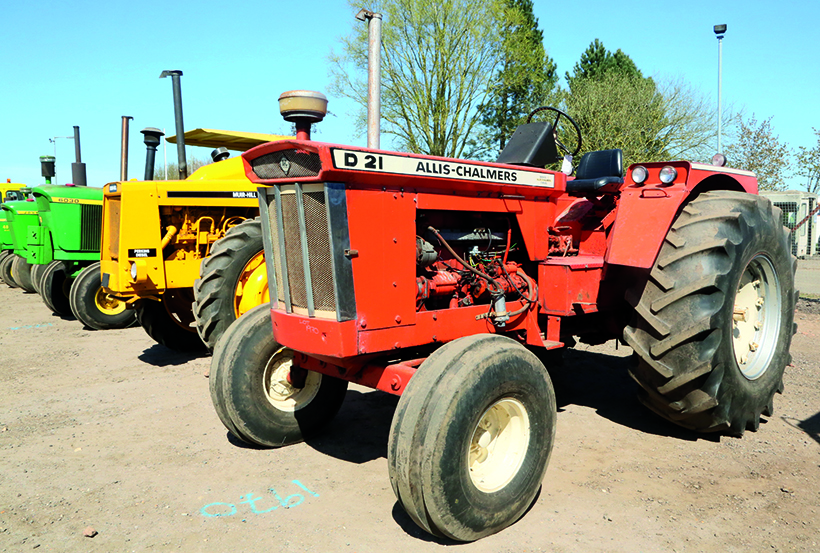 A 1973 Massey Ferguson 1200, registered KCR 326L, had been rebuilt very well by Keith Broomhill, apart from the rear section of the seat squab – which Keith couldn’t persuade the owner to replace. It was in grade five condition – not concours, as described in the programme – but it was still the best example offered for many a year, and sold for £24,000.

Prices were strong throughout the sale but, as is often the case, David Browns weren’t the flavour of the month, albeit with a notable exception. A c1948 VAK3 pre-production prototype crawler was the one the bidders wanted. It had evidently been through a lot, though, starting life with a petrol/TVO engine before being fitted with a diesel. It’s now back to an original-style AK4/3 unit, and had retained its clean, ‘patina’ appearance. It sold for a good £12,800. This Minneapolis-Moline G1350 is certainly a rare machine and saw some interest from bidders, but didn’t sell.

Those that we spoke to agreed that the event was a breath of fresh air. Evidently, though, Brexit and the pandemic haven’t affected the collectors’ market as much as we feared they might, and there’s great confidence, which is very reassuring to see. Lots sold at this Cheffins event totalled an impressive £1.3 million. 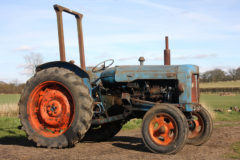