Peter Simpson reports on the interesting range of light commercials seen at the excellent Classic Motor Show, held at the NEC last November. 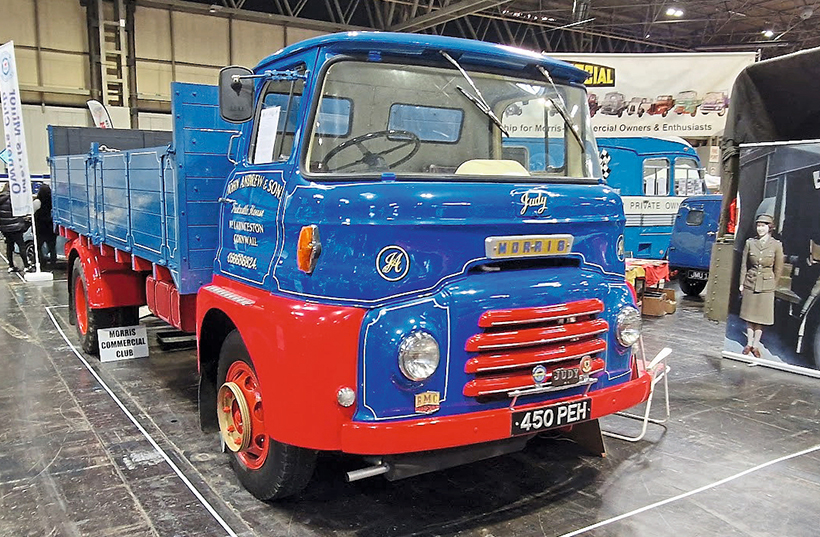 Classic Motor Show: Centrepiece of the Morris Commercial Club stand was this wonderful and fully-restored 1960 Morris FF Tipper. New to a Cheadle coal-merchant that operated it until 1968 then parked it up, it was then acquired by present owner, John Andrew, in 1990 and fully restored.

This year’s NEC Classic Car Show over the long weekend of November 11-13 was, as usual, the main indoor show of the classic car season, and if, as many think, the show marked the end of the 2022 season, then it certainly went out on a high! And while it didn’t seem to us as though as many one-make car clubs were exhibiting car-derived vans and similar alongside cars, there was certainly no shortage of stuff here to interest and appeal to classic commercial enthusiasts. Here are a few of our highlights. 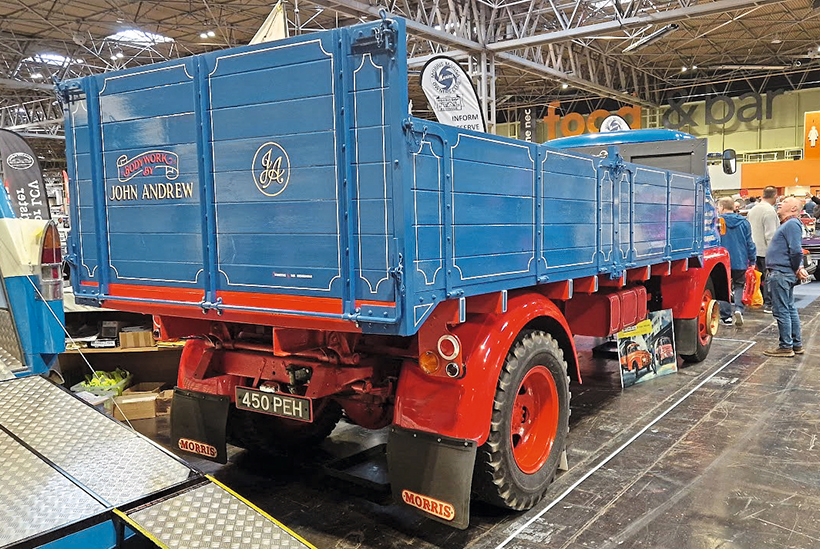 Morris FF from the rear. In preservation since the 1990s and a regular participant in events such as the Trans-Pennine it was, apparently, treated to a repaint and tidy-up last year. 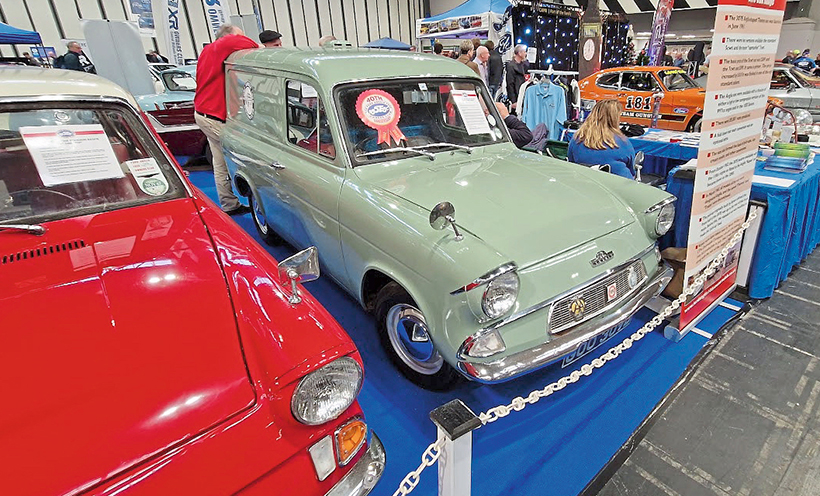 The Ford Anglia 105E Owners Club included a fine-looking van in its display. The 1964 Thames van was owned from new until the late 1980s by one owner who used it as a private car and sold it only when his local Ford main dealer in Newton Abbot was no longer able to supply parts. Repainted in 1994 but otherwise largely original, the van has several TV appearances under its belt. 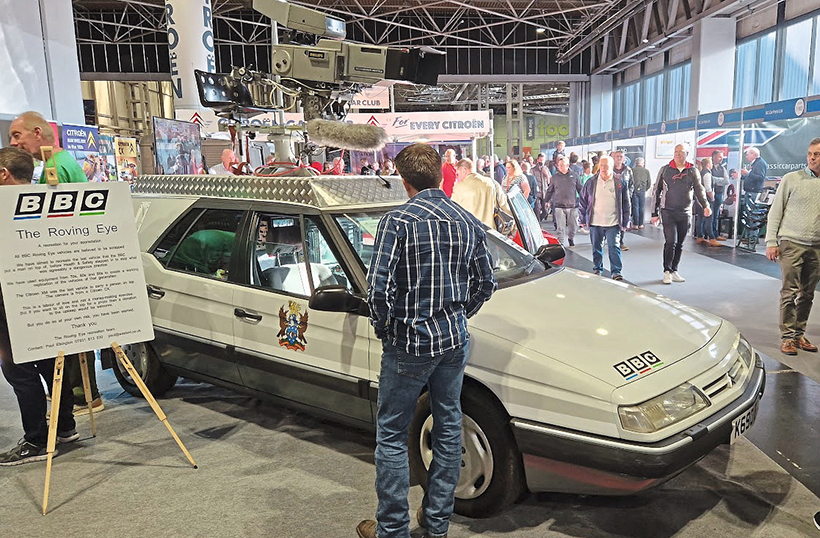 This Citroen XM ‘Roving Eye’ on the Citroen Car Club’s stand is a recreation of the last type of vehicle to carry a cameraman on the roof before Health & Safety (probably rightly) stepped in to stop it! It carries a full kit of equipment, and the camera is one that was originally carried by a Citroen CX. 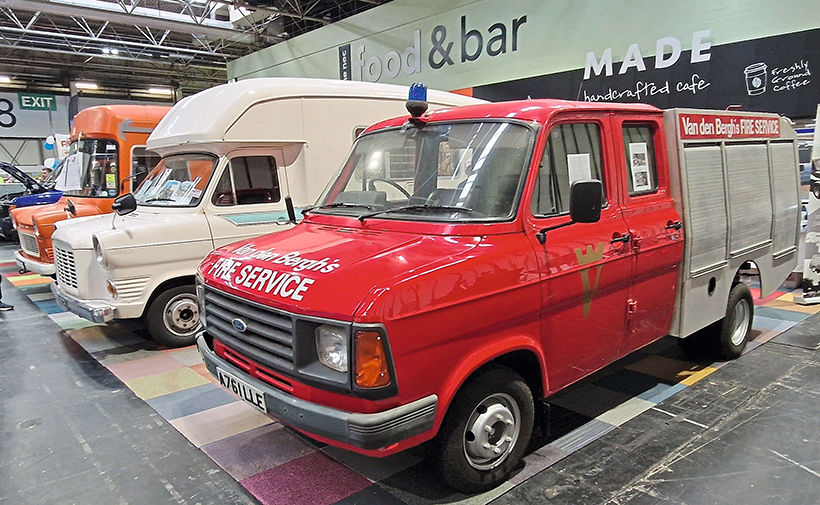 The Ford Transit Owners Club is always a strong supporter of this event, and this year was no exception. It presented a display that included some contrasting variations of this versatile vehicle. 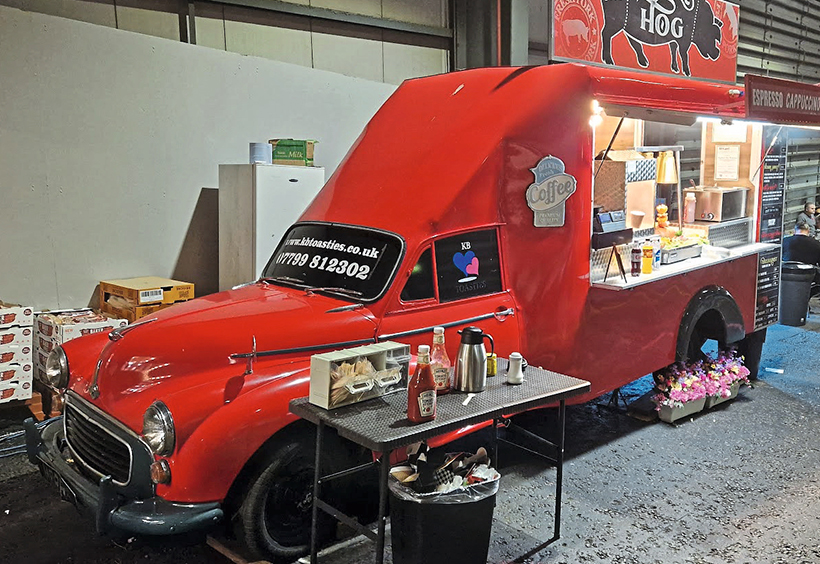 A working modified classic! This extended Morris Minor, adapted into a catering van, was working alongside more modern units. It also served a particularly fine hog-roast! 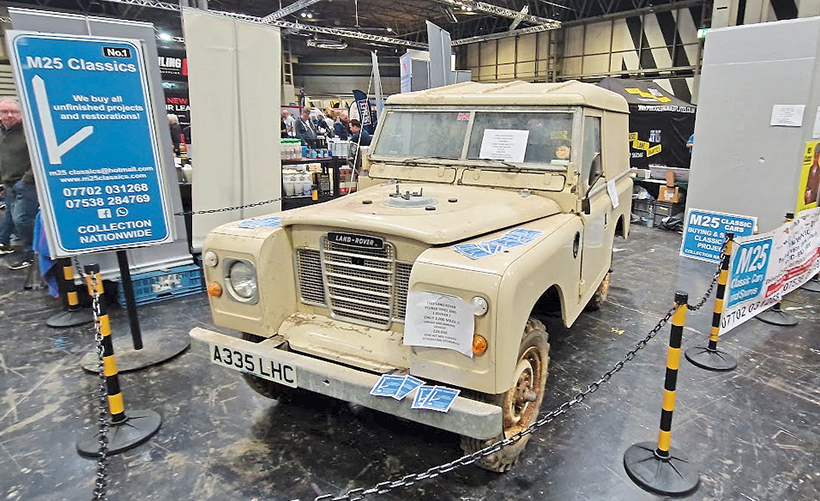 There’s still lots of fascinating stuff out there! This 1983 SWB Land-Rover had, apparently, been stored since 1985, and covered just 2,000 miles from new! Available for £26,950, would you restore it, use it or just leave it as it is? 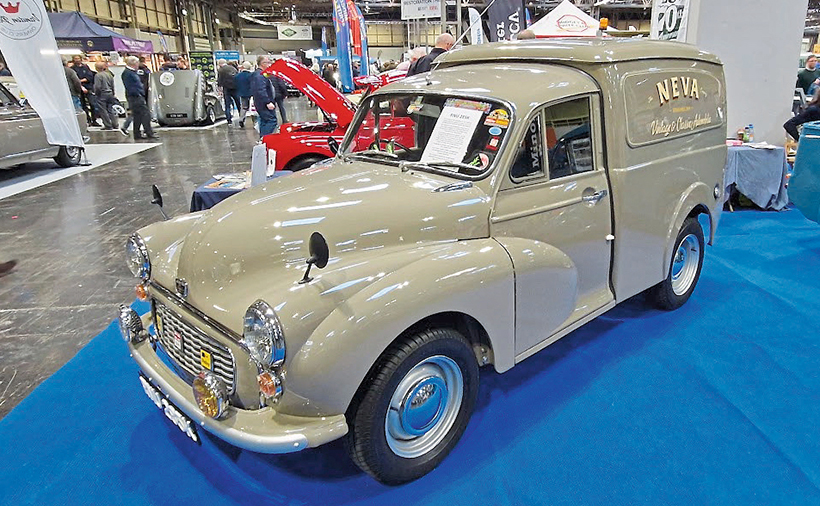 The Minor LCV Register display this year had an unusual theme; Austin-badged Minors. These were sold from 1968 to 1972, so Austin-only dealers had a RWD light van after the A35 was discontinued. This late example from 1971 was bought by the present owner in 2010 as a rusty restoration project. Restoration started in 2020, and was completed earlier this year. 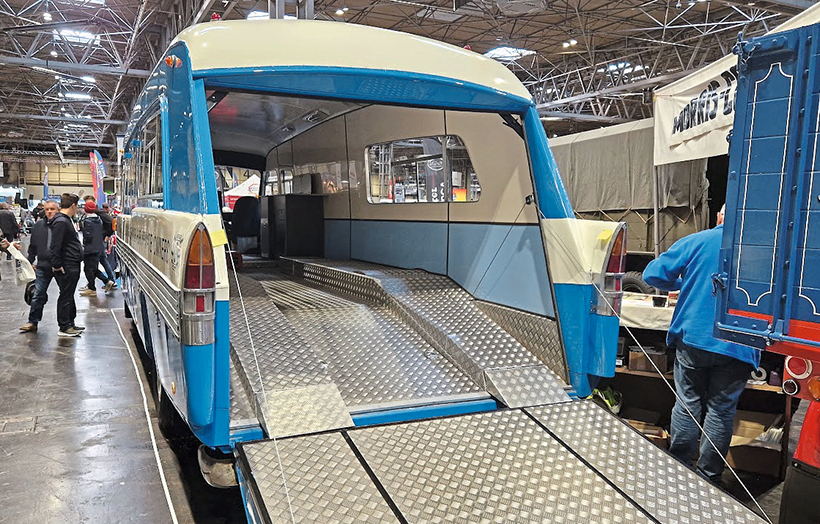 This wonderful vehicle has, we think, been seen at the NEC before, but wow! It’s a BMC Mobile Service Training Unit dating from 1961… 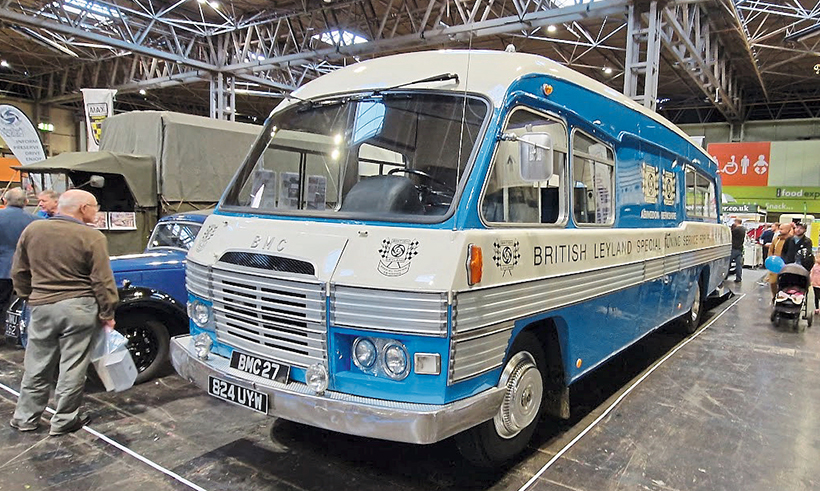 … It’s based on a Morris-Commercial FF-K140 coach chassis has bodywork designed by Pininfarina and was built by Marshalls of Cambridge. It was assigned to the BMC Competition Department and similar vehicles were used as mobile training facilities. 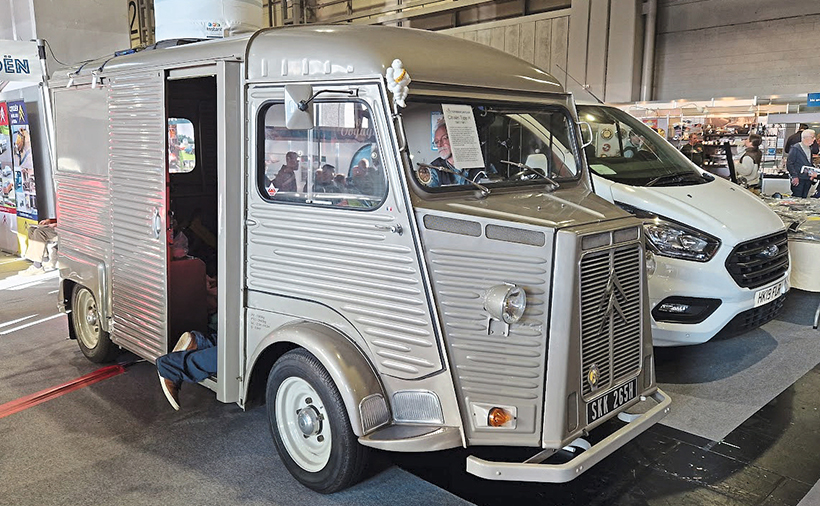 Here’s a real rarity; a Citroen H that HASN’T been converted into a catering unit! 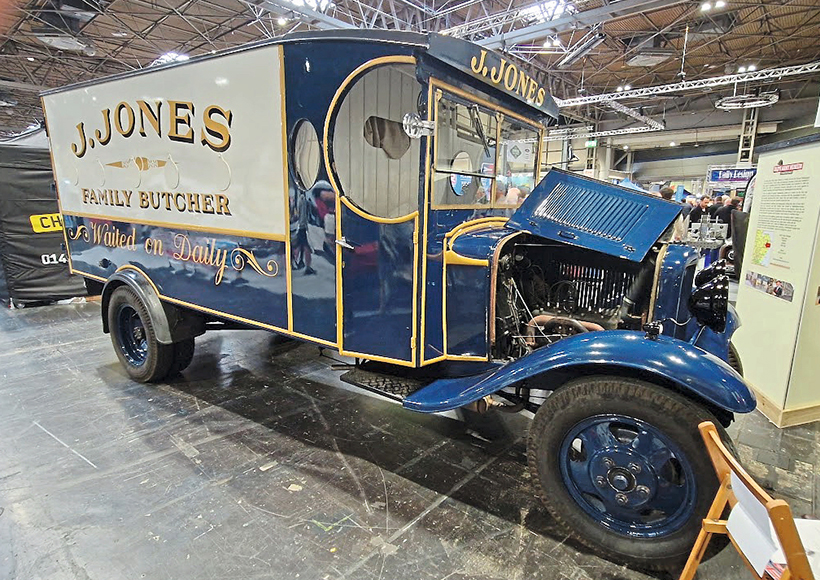 “Permission to Speak, sir?” Lance Corporal Jones’ 1935 Ford BB Box van from the BBC television series Dad’s Army. Used throughout the TV series and in the 2016 Dad’s Army film (but not the 1971 film), this van is now owned by the Dad’s Army Museum in Thetford, Norfolk, where most of the outside scenes were filmed. 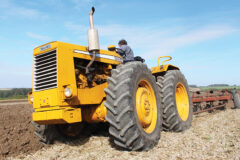 The fascinating history of the Muir-Hill tractor 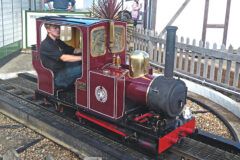 A visit to the Hastings Miniature Railway