After The Claude Jessett Trust, based at Hadlow Down in East Sussex, had completed the programme of erecting new buildings and workshops to house the vast collection of steam, railway and agricultural artefacts accumulated over many years by the late Claude Jessett and his wife Joyce, priority has been given to restoring the steam engines, some of which had been left stored in the older buildings for some time, reports Dave Vaughan. 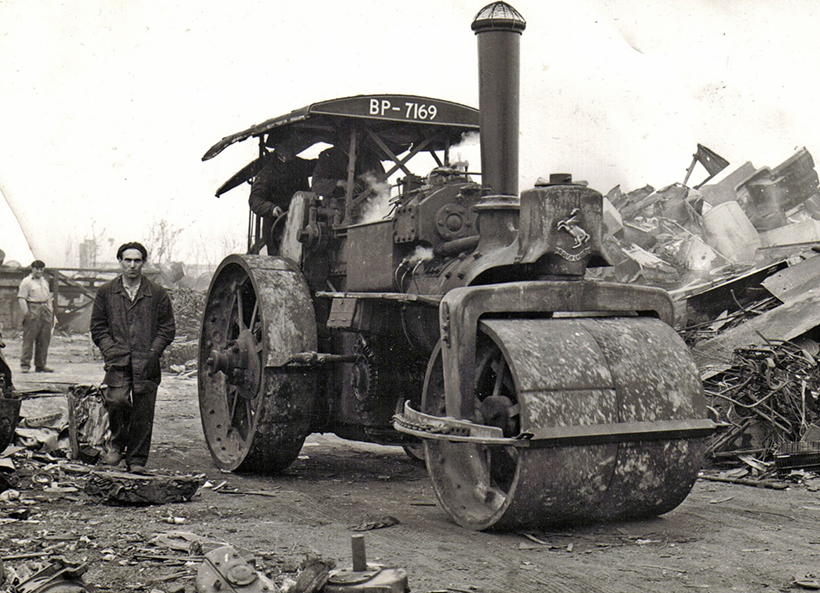 In the past 10 years, much progress has been made with bringing engines back to life, and two ploughing engines (JF No. 15364/5) and Sentinel TDG timber tractor Jupiter (No. 9097) have been added to the collection.

Two of the engines in the collection were assessed to see what work was needed to get them up and running. The objective was to set out a programme of work, then and draw-up a budget and plan of action for these engines.

The first was September 1905 Aveling & Porter RC10 No. 5831, BP 6645 slide-valve compound roller, Daisy, which was supplied from Rochester, Kent, to Worthing Corporation in West Sussex. Later, in 1934, it was sold to Paine, Mainwaring & Lephard Ltd, of Broadwater, West Sussex, then to Bridgewater Brothers of Epsom, in 1947.

In 1957, Frederick Godden of Horsham purchased the roller, but he sold it to scrap merchants Porters of Punnetts Town, East Sussex (which still exists) who, in turn, sold it on to Wheatleys scrap merchants, based by the docks at Newhaven. It was discovered virtually intact by Claude Jessett in 1962. However, operations had already started to scrap the roller, and the scarifier had been removed. So Claude had arrived in the nick of time, and made an offer for Daisy on the spot, which was accepted. Claude, together with his friend, Bob Douglas, proceeded to put her into steam and, seeing that everything seemed to be functioning as it should, steamed it back the 22 miles to Tinkers Park! 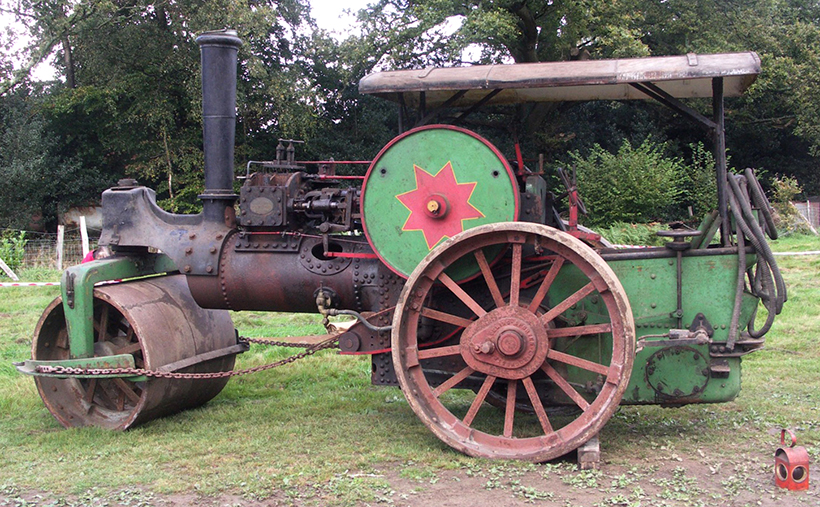 Daisy at the Tinkers Park Open Day, in September 2007.

Daisy was subsequently taken to several local rallies, and was used to repair roads around the rally site at Tinkers Park. In 1978, the roller was retired to the back of what was known as ‘the big shed’, for major boiler work.

In the mid-1980s, volunteers John Beal and Peter Haining wanted to put one of the engines in steam, and picked on Daisy as Claude had said that all it would probably need was re-tubing. The two friends put in a new set of tubes, and John climbed into the firebox while Peter slowly filled the boiler with water. All of a sudden, a steady stream of water started pouring out of the firebox all over John, who made a hasty retreat! It was obvious that No. 5831 would need a lot more than just a new set of tubes! With other engines in the collection needing more urgent work, Daisy’s restoration was put on hold.

Fast forward to 2003 and the formation of the Trust, after which a general assessment of all the engines in the collection was undertaken. The boiler inspector at the time thought that the boiler of No. 5831was in generally good order but, with so much to do to recover all the many and varied items in the collection from the fields and barns in which they had been left and rehouse them in new buildings, the roller was put on a rather long and daunting “to do” list!

During the winter of 2019 Daisy was finally moved on to the assessment stage, and the canopy and other parts were removed. On examination, it was found that a tube expander had been left in one of the new tubes fitted by John and Peter, when John beat his hasty retreat from a wet firebox back in the 80s! Greg Luck volunteered to head up a small team to see what work needed to be done, realising that he could learn a lot about his own recently-purchased Aveling roller, by carrying out the initial investigations on Daisy. Accordingly, the roller was moved over the inspection pit in another building. 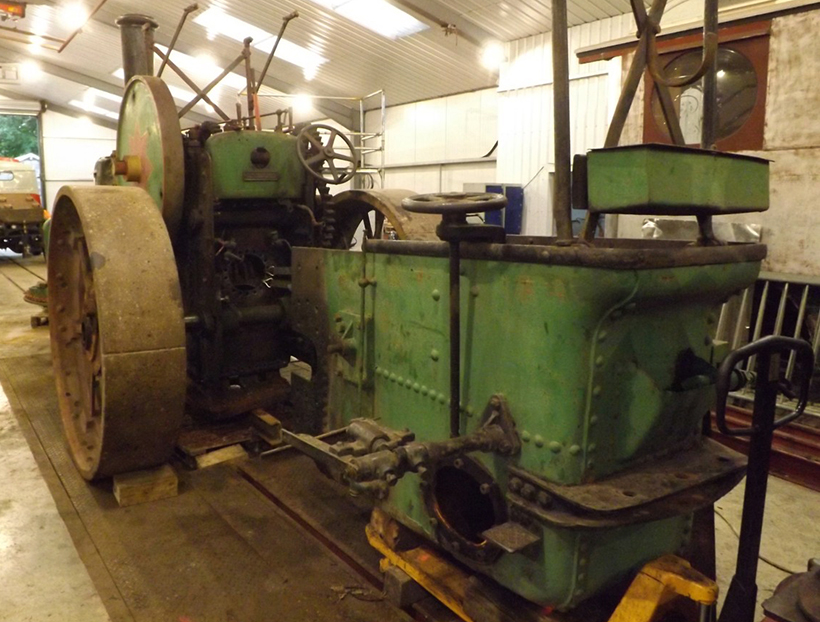 Daisy seen on June 4th, with the firebox half removed. Let’s hope the boiler barrel is good!

Greg and his team of helpers undertook all the firebox removal preparation, and engineer Fred Streeter was called upon to blow the rivet heads off the foundation ring and firehole door, allowing the firebox to be dropped. Greg then cut out the rest of the stays. With the box currently resting on the lift in the pit, the boiler internals can now be accessed. The next stage in the work on this engine will depend largely upon the financial implications of the assessment, as well as the allocation of volunteer time to the engine.

Edward VII is a long-forgotten, 1918 Wallis & Steevens, five-ton oil bath tractor No. 7601, with much local history to it. It was built for the Ministry of Munitions, and went first to Louth, Lincolnshire, where it served with the Army Service Corps. In 1919, the engine returned to Wallis & Steevens, and was eventually sold to John Best of Sandhurst, Kent, in 1923. In 1935, it was purchased by Chris Lambert of Horsmonden, Kent, who converted it into a roller. Interestingly, two inches was added to the outside edge of the rear tractor wheels, before they were plated. 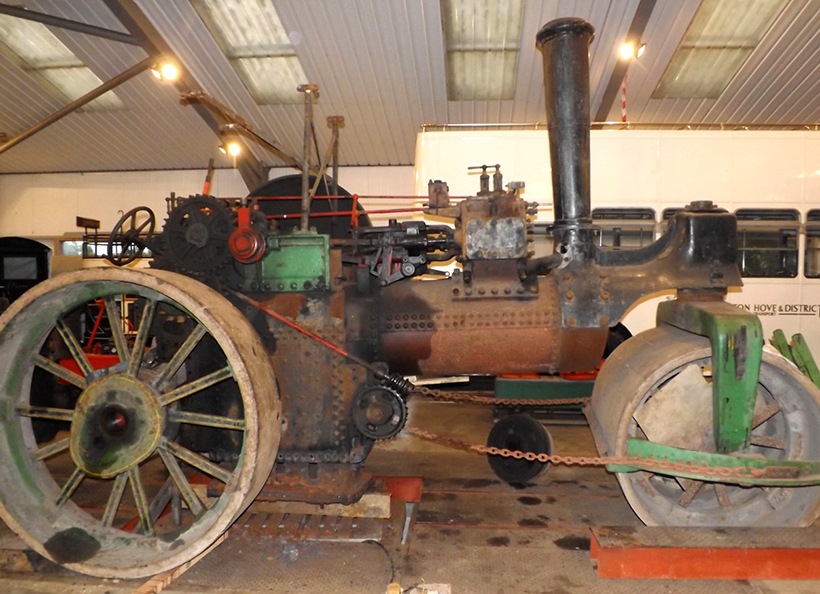 With the firebox on the ground, now it’s time to lift it out.

The late Vic Chennell worked for Lamberts and, at the age of 14, was allowed to drive the engine around the yard. Another employee was J Emmens who, during WW2, was sent to Pevensey Bay, East Sussex, to drive the engine back to the yard at Horsmonden. The engine’s boiler had developed a leak while working along the Sussex coast, and was left until a convenient time could be made to affect repairs. However, with the war on, any such abandoned items left on the side of a road became prime targets for the War Department’s scrap metal drive, so Emmens drove the engine all the way back to Kent with a leaky boiler! 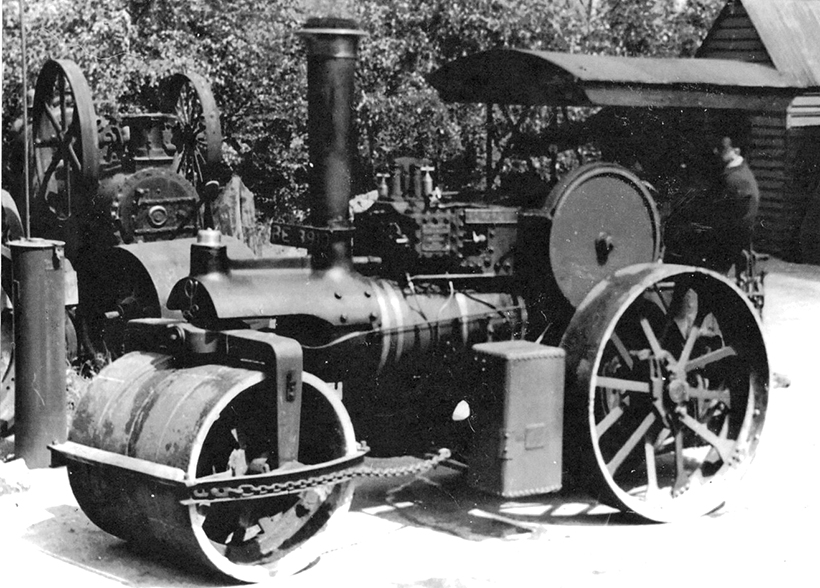 Edward VII was sold in the famous Horsmonden sale of June, 1955, for £90, to Hammett Plant Services of East Road, Welling, Kent. But, by 1958, it was in the ownership of EW Spears of Crayford, Kent, and then passed to FE Greasley, of Holmsdale Road, South Darenth, Kent. From there the engine passed into Claude Jessett’s hands, who sold it in 1964 to Barry Metcalf, of Hailsham. He later sold it back to Claude, as he’d purchased 1931 Fowler T3 No.19032 FLR257, Doris. Barry had sent the Wallis to the Page family, of Moon and Sledgehammer fame, at Chiddingly, to have a new firebox, but that never happened.

The engine came back to Claude as a kit of parts for the sum of just £90. At the time, it was hoped that the engine would be rebuilt in time to appear at the 1971 Hadlow Down steam rally. But, sadly, that didn’t happen, and the engine was put into an old barn next to Wallis & Steevens No. 7662 Pensioner. It stayed there until the shed was demolished to make way for new buildings, during which time some of its parts were mysteriously lost.

Vic Chennell visited the site in 2006, and was photographed next to the remains of his old steed. Pensioner was put into a replacement shed, and was the subject of a major volunteer-led restoration, and the remains of Edward VII were stored in a container. 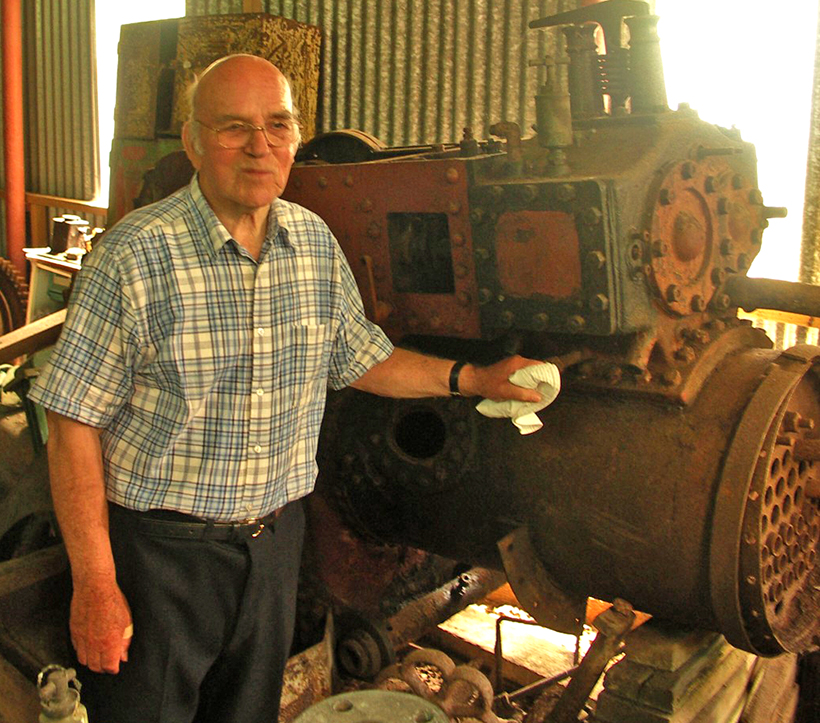 The late Vic Chennell, who once drove Edward VII as a young lad, was reunited with the engine in 2006, at Tinkers Park.

The Road Loco Society paid a visit to Tinkers Park, asked to see the engine and the container was specially opened for them. Adrian Vaughan, one of the trustees, decided that a full audit of the parts should be carried out so the parts of Edward VIIcould be collected up and moved to the traction engine workshop in time to be viewed by the Road Roller Association, during its visit to the site in 2019. 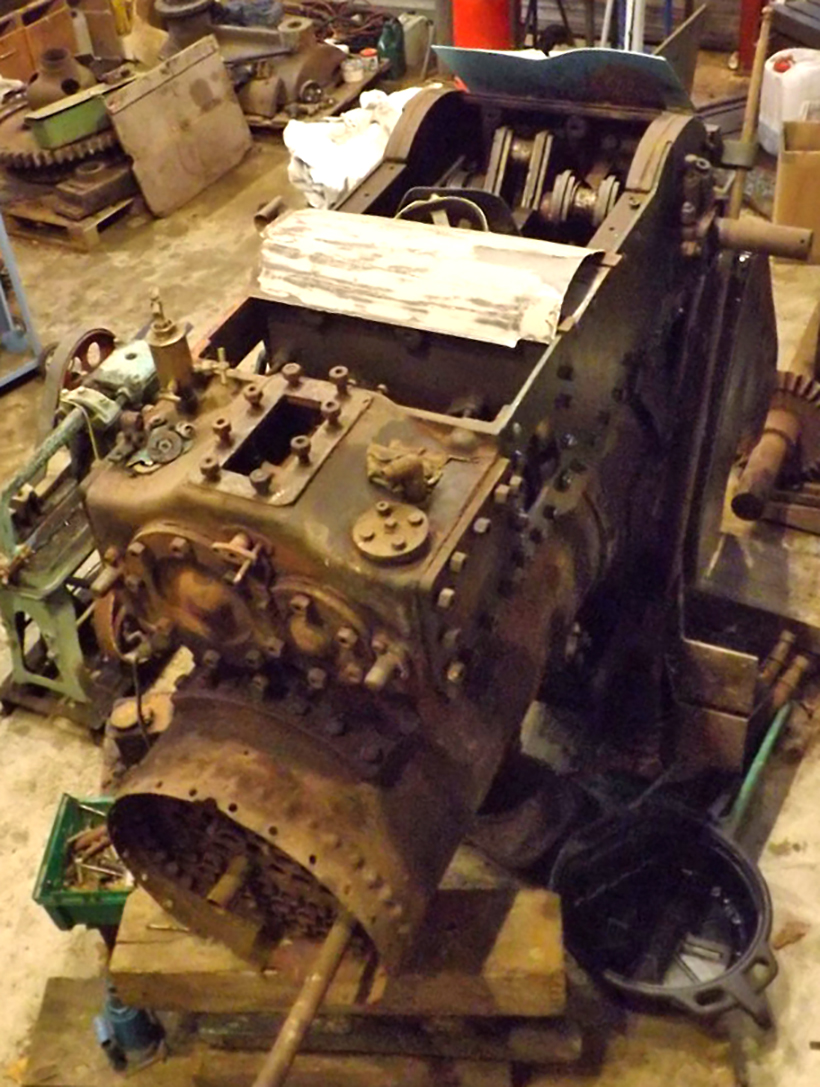 Looking down on the oil bath tractor in the steam workshop at Tinkers Park, on June 4th.

According to the information provided by expert welder Ben Floyd and, latterly, by Charlie Lemon – a professional vehicle restorer – the trustees will be able to see the extent of the work needed to return the engine to steam, and formulate a plan of works and a budget. However, it will be some time before we’ll see Edward VII in steam again because, due to the present circumstances, any further work – apart from general cleaning and tidying-up of the main body – is on hold.

All photographs provided by Dave Vaughan, unless stated. 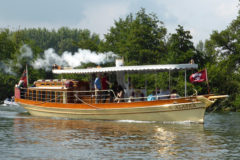 The impact of Covid