Howard Stafford reports on the Hetton Colliery Railway’s 200th anniversary, and enjoys a visit to its Co Durham site. 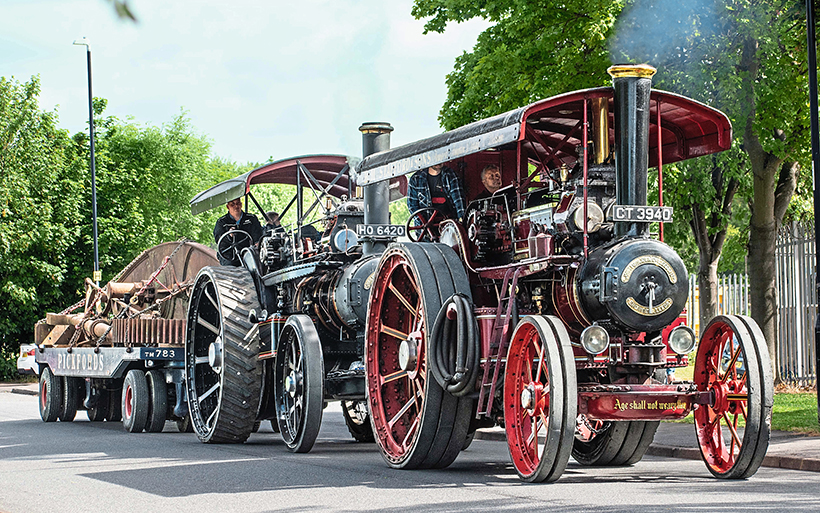 Hetton Colliery Railway: An impressive sight was the beam of the Warden Law beam engine and other components of it being hauled along the parade route by a couple of local Fowler road locomotives; Providence No. 15649 and Kingfisher No. 14888. (Pic: Konner Wells Photography)

The Hetton Colliery Railway, in Co Durham, was opened in 1822, designed and built by George Stephenson. It was the first railway in the world to be conceived and designed to be fully steam-powered from its inception.

The line was built to haul coal from the newly-sunk Hetton Lyons Colliery, to the purpose-built staithes on the River Wear about nine miles away at Sunderland, from where it was shipped all over the world – although mainly to the developing industrial capital city of London. It was locomotive-powered for part of the line, and rope-hauled over steeper parts, using a series of static, steam-powered engines. 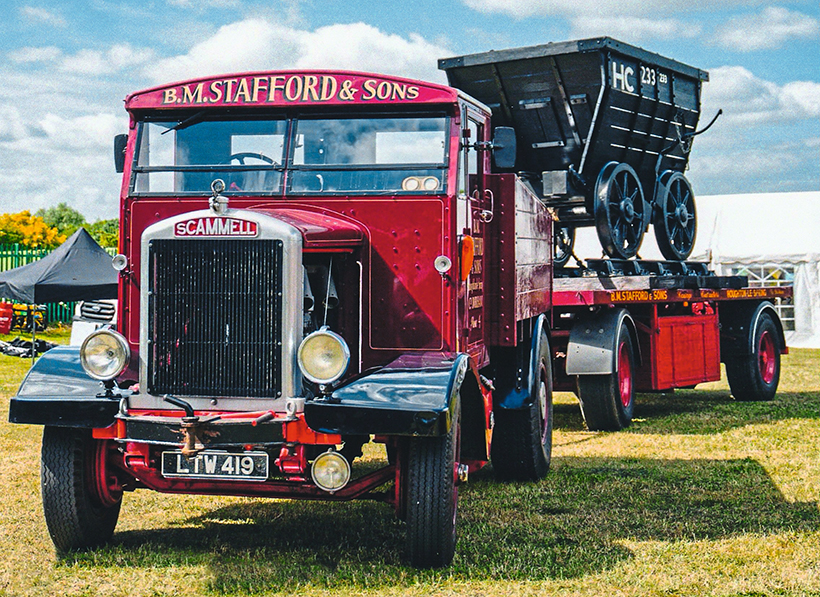 The Chaldron waggon had Stafford’s Scammell MU15 of 1947 as its motive power during the journey. (Pic: HCR200)

As part of the 200th anniversary celebrations, a parade was organised on June 18th, and this was one of a series of events designed to raise awareness about the historical significance of this railway, and to inform and inspire local people about the internationally-important role that Hetton played in the development of not only railways, but also very many innovations in mining technology. 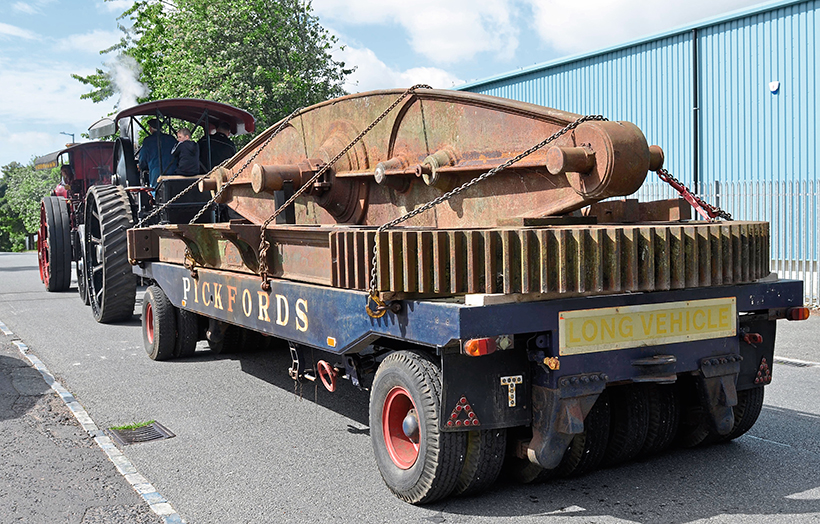 The procession started from a transport depot of BM Stafford & Sons, on Hetton Lyons Industrial Estate, Hetton-le-Hole – coincidentally, on the actual site of the original, 1822 Hetton Lyons Colliery. It proceeded for around a mile-and-a-half through the streets of Hetton-le-Hole, via Front Street, and across the original route of the line which dissected the town until 1959, when it was finally closed after 137 years of service. 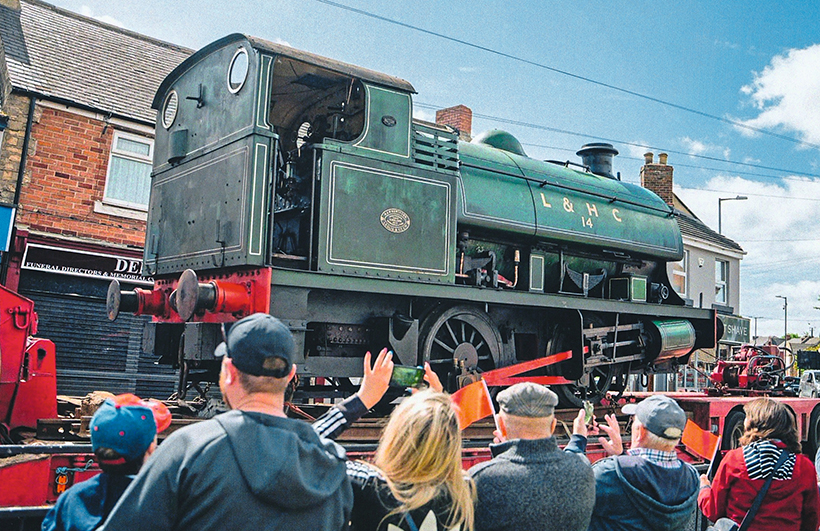 The locally-built (at Newcastle upon Tyne) R&W Hawthorn, Leslie locomotive en-route during the parade. (Pic: HCR200)

The finishing point was at Hetton Country Park, a beautifully landscaped area which was once the pit heaps of Eppleton Colliery – another mine that fed into the Hetton Colliery Line. Here there was an array of railway/coal-related entertainment, including a mines rescue demonstration, blacksmith, a pit pony and brass rubbings as well as a display about the history of the railway.

The vehicles involved in the parade were selected for their significance to the event, and included a rebuilt ‘Chaldron waggon’ (a design of coal truck from the earliest days of the railway), a 1914-built railway locomotive ‘No.14’ (on loan from Tanfield Railway) which worked the Hetton line, plus a variety of vehicles that serviced the coal industry. These included a Thornycroft Sturdy lorry that was used to deliver coal around the area, and was later used – when fitted with a horse box – to transport pit ponies for their annual rest and recuperation. 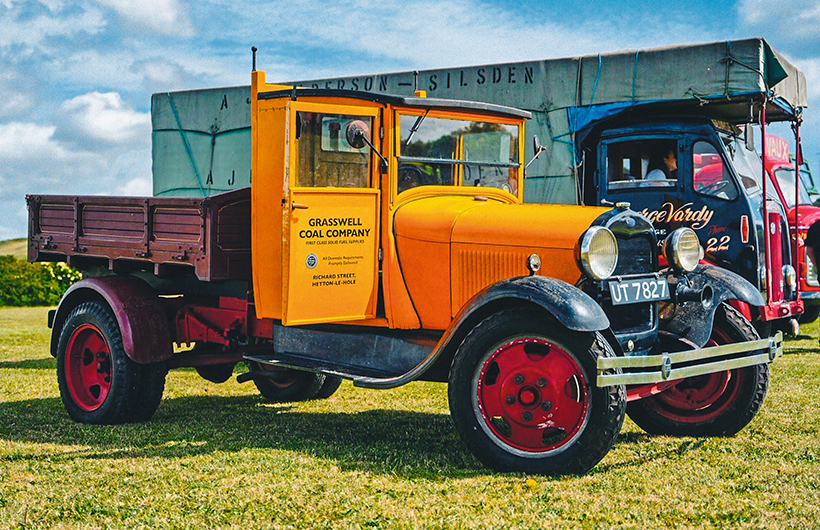 This locally-owned 1930-built Ford tipping lorry was on display at the Country Park. (Pic: HCR200)

Possibly the most interesting exhibits (on loan from Beamish Museum), were some components of the huge 200hp rope-haulage beam engine from Warden Law, the highest point on the Hetton Line. It was built locally by Thomas Murray, of Chester-le-Street, in 1836, hence its major significance in respect of this parade through Hetton. 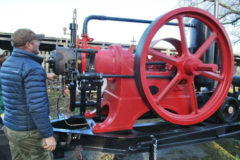 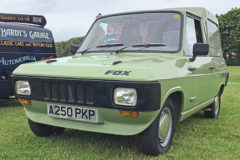