Phil Barnes reports on the long-awaited reopening of Hollycombe Steam in the Country which happened back in the summer. 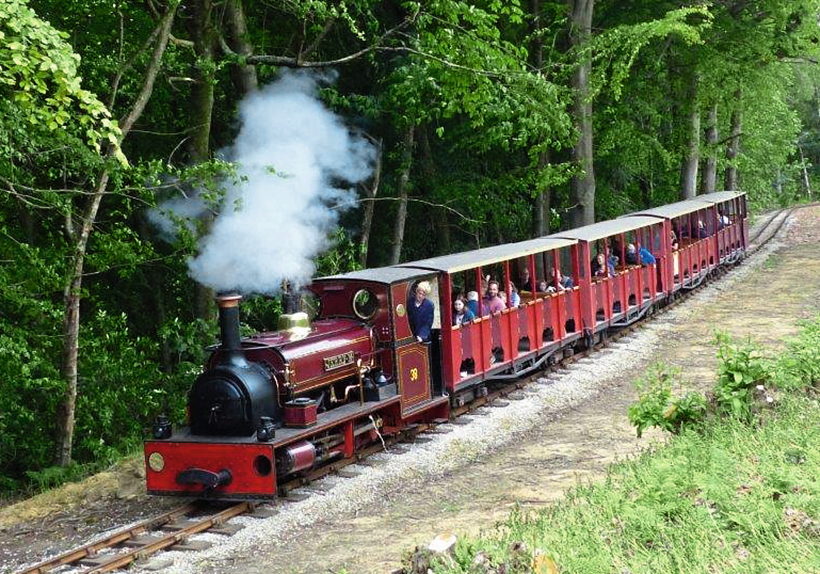 The 1895-built Quarry Hunslet Jerry M approaches the quarry area with the 1.45pm train. On the right is clear evidence of the coppicing work which has allowed this new and open vista. (Pic: Phil Barnes)

Hollycombe Steam in the Country, based on the Hampshire/West Sussex border, finally reopened its attraction to visitors on June 19th, for the first time since last October 2021 – and there was both steam and diesel trains running on the 2ft gauge line which started operating at noon. 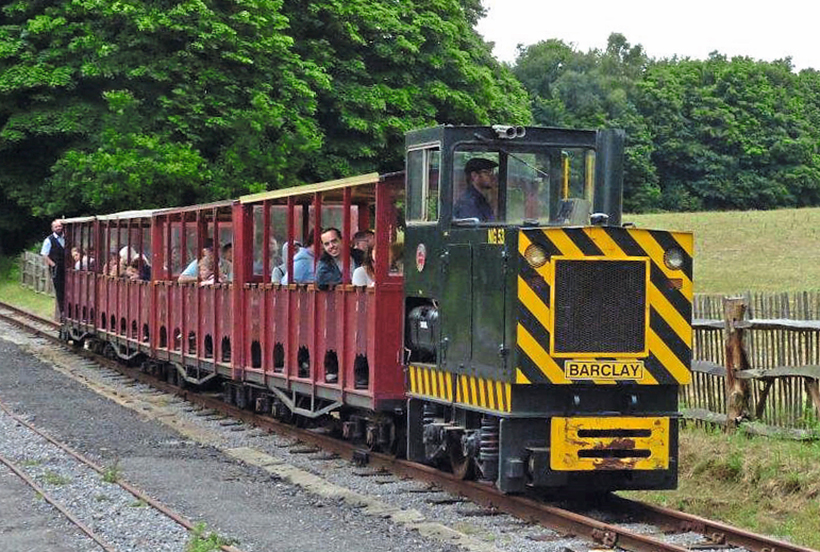 Barclay No. 964 of 1988 passes by the paddock near Birch Piece Halt with the 12.00 train, which was the first of two diesel-hauled trains on opening day, June 21. (Pic: Phil Barnes)

As was the service pattern in 2021, the first couple of trains are diesel-hauled, in the hands of air-braked Barclay No. 764 of 1988. This is done to give a slower warm-up period for the steam loco of the day… and saves coal of course. 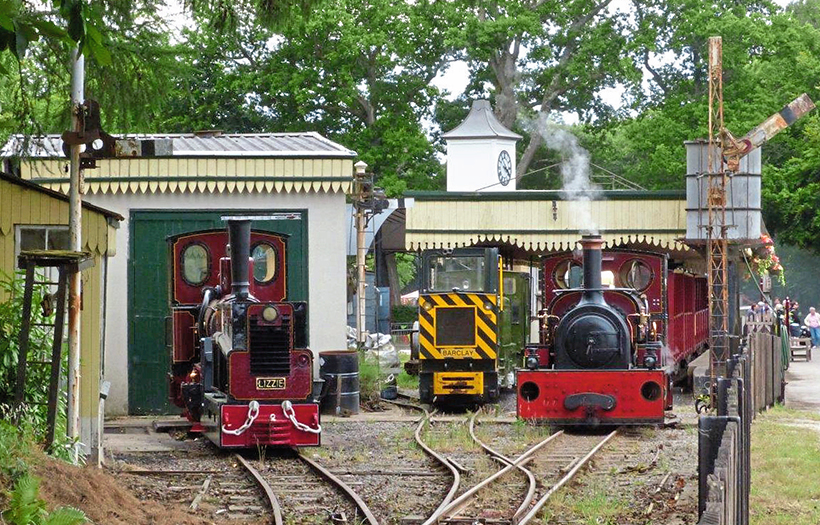 The station area at Hollycombe with five locos on view. These are Lizzie and Co-Co (left), the Barclay No. 764 with Plymouth-built USAAF loco No. 4832 behind and to the right is Hunslet Jerry M with the ex-Ramsgate Tunnel carriages behind. (Pic: Phil Barnes)

At around 1pm steam takes over and on the opening day this was in the hands of Quarry Hunslet 0-4-0ST No. 38 of 1895 Jerry M. Although known as the ‘woodland line’, in recent times the chestnut trees have been coppiced towards the quarry area, thereby opening up some new vistas.

In other narrow gauge developments here, the steam farm area had a 2ft gauge railway installed during 2021, ostensibly to move fuel (wood) from the access road to the boiler that drives the machinery on the farm. 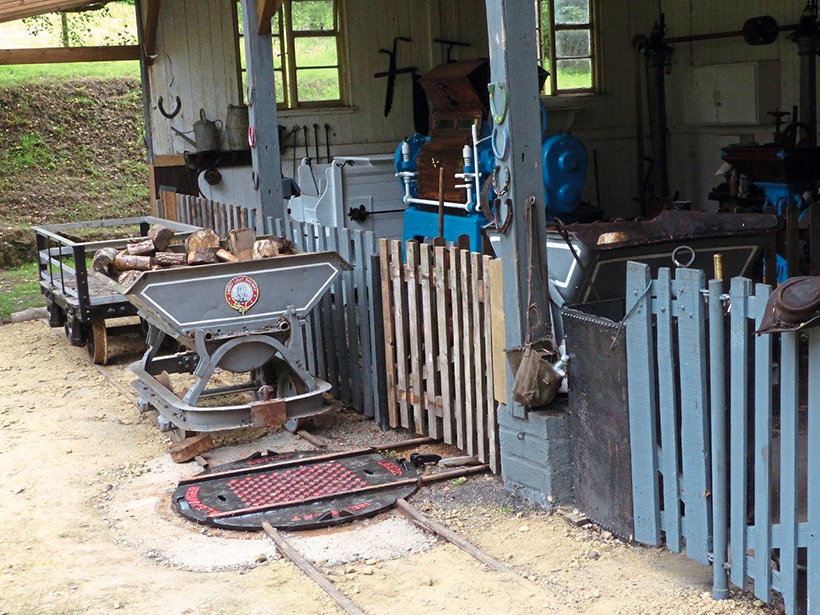 The ‘new’ 2ft gauge railway in the steam farm area with three wagons and fuel for the boiler’s fire, complete with a wagon turntable. (Pic: Phil Barnes)

Although it appears that the standard-gauge tramway is no longer in operation, the smaller 7¼in gauge line was in action on the day. 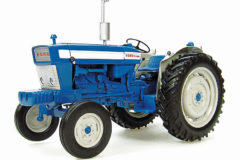