We explain the factors which are directly influencing the gradual rise in values of light commercial vehicles. 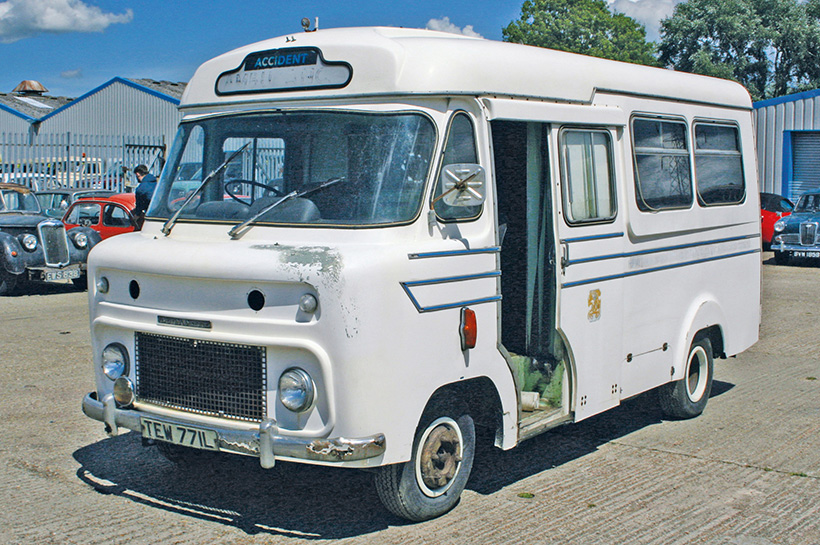 1972 BMC Ambulance with Wadham Stringer bodywork. In need of restoration but complete, £3996 including premium.

Though we don’t generally like to think of old vehicles in terms of investment, and the costs of storage, maintenance and so on frequently cancel-out any ‘appreciation’, we cannot ignore the fact that values of pretty-much all light commercial vehicles are on the up at the moment. We know of at least one commercial vehicle collector – a chap who, we might add, has a pretty good track-record for judging things like this – who is quietly seeking out a few nice LCVs to pop into storage for a year or three.

Several factors seem to be at play here. Firstly, the values of most classic cars have risen, and cars from the 1960s through to the 1980s which many bought as much because they provided good-value motoring as due to their classic status are among the biggest gainers. Ford values are leading the way in this respect, but many others aren’t far behind; few would have predicted five years ago that really good higher-spec four-cylinder BMC Farinas, for example, are now moving into five-figure territory, or that even flawed yet popular cars like the Morris Marina would become highly sought-after. 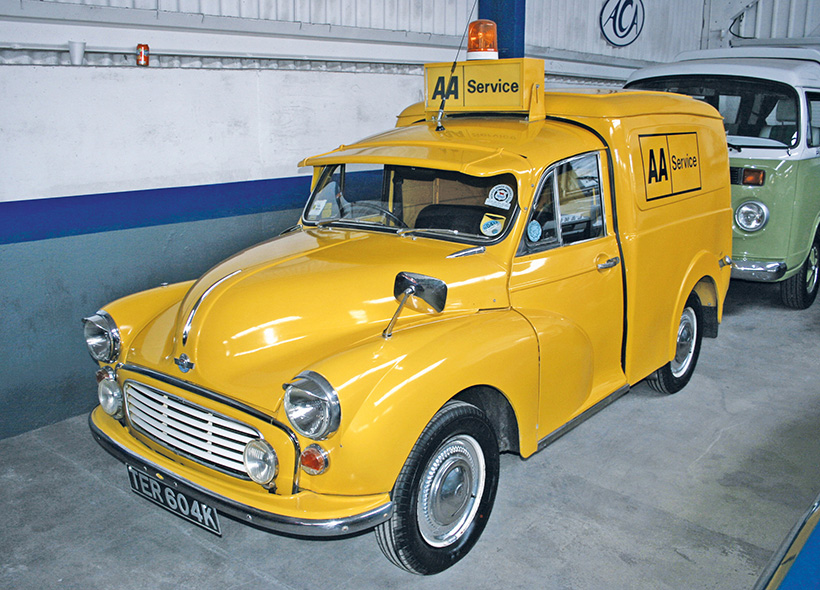 1972 Morris Minor Van, older restoration in AA guise but with logo inconsistency between side and back. Some rust bubbling, £10,584 including premium.

These are usually cars which were once to be seen on every street corner and which many people have strong family memories of, but which survive in relatively small numbers, meaning demand can exceed supply. Exactly the same thing applies to light commercial vehicles of the same eras, only more so. Those who grew up in the sixties will probably recall Anglia vans, Minor vans and, of course dark green ex-GPO J2s and J4s, and many will have direct personal memory through tradesmen they knew. Minors were still around in the 1970s, but the Anglia vans gradually gave way to Escorts, and of course the all-conquering Ford Transit became the 17-20cwt van of choice. Then in the 1980s, it was the Mk2 Transit, Bedford CF, Marina and Mk2 Escort.

And of course, throughout most of the 1970s, 1980s and into the 1990s, Bedford HA vans (often yellow) were seen buzzing about everywhere! But these, and all the others I’ve mentioned, now survive in tiny numbers. So much so that often the only way of acquiring one is from abroad.

The other factor which we have seen a few signs of recently – though nothing like enough to claim that it’s a trend – is of some older lorry preservationists downsizing to light commercials as a way of remaining part of the commercial vehicle preservation scene, but without the time and cost-commitment of owning a lorry. Sub-35cwt vehicles aren’t actually any cheaper to buy than bigger ones, but they are easier to store and maintain, and of course you don’t need to renew your LGV driving licence to carry on driving them. 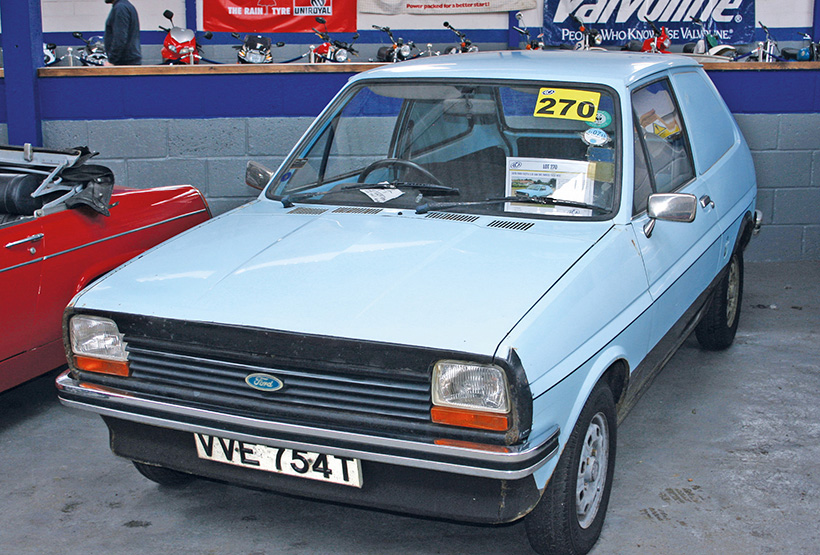 Anyway, the last classic car sale at King’s Lynn-based Anglia Car Auctions over the weekend of June 11-12 included a good selection of light commercials of varying eras and condition, and while one shouldn’t necessarily deduce market trends from just one sale, the results do provide an interesting picture of what is actually happening.

The biggest surprises were the 1979 Ford Fiesta van; initially this looked interesting – one owner, 47,000 miles and, apparently, driven 30 miles to the sale. It was, however, rough inside and out and much get-it-through-the-next-test welding was evident. Clearly a full restoration project, it still made £2,916 including ACA’s 8% Buyer’s Premium.

Also sold for restoration was a 1972 Morris Ambulance which, according to the auction description had been owned for many years by a “eccentric artist and performer” after disposal by the Huntingdon & Cambridge Ambulance Service. It did, though, retain much of its original equipment including stretchers, and sold for £3,996 including premium. 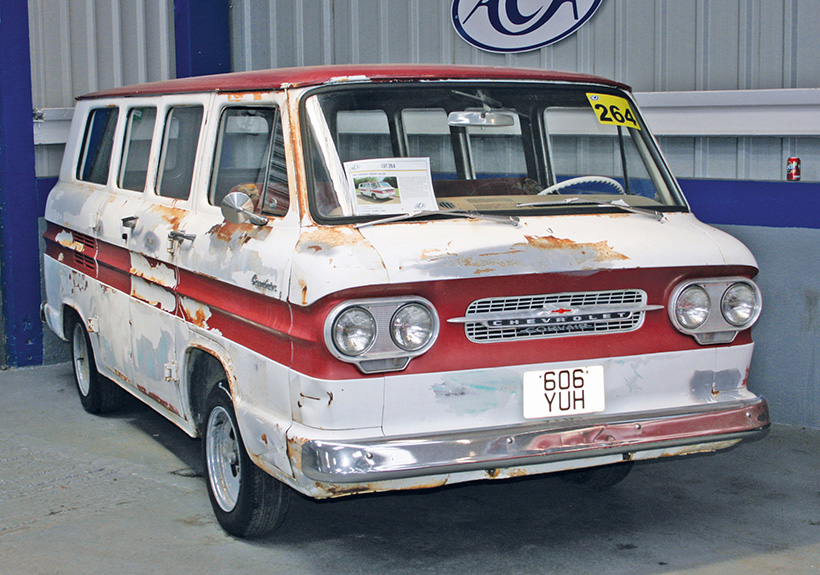 Stateside style? 1962 Chevrolet Corvair LHD van was imported into the UK in 2011. In need of restoration, but it looked solid. £5400 including premium.

Late Escort vans seem to be on the up too; ACA’s 2001 Ford Escort 55 D looked clean and had a warranted 75k on the clock but, rather oddly, no MoT. But that didn’t stop it from doubling its £1500-2000 estimate to finish on £3,564 under the hammer. Also finishing significantly over-estimate was a 1972 Morris Minor Van which had been restored to replicate a 1970s AA van (though we think the AA may have moved on from Minors by that point). The van in question is thought to have started life as a Post Office van in Cambridge, was restored in 2008-9, and was said to be “showing some signs of age such as the occasional bubble under the paint.”  It still, though, sold for £10,584 against a £6,000-8,000 estimate. A late-entry 1991 Ford Transit 15-seater minibus which had been off the road for some time, was sold without any documents and which looked to us to be in need of significant restoration finished at an impressive £3,024 inclusive. 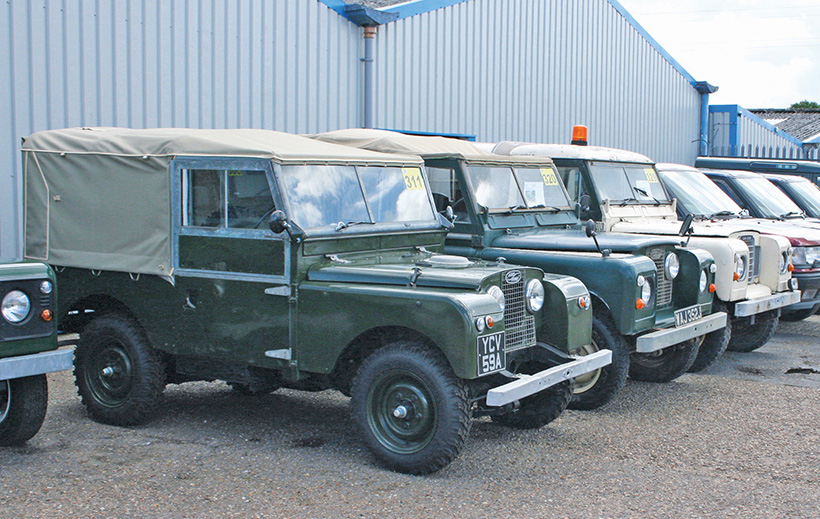 The sale include a dozen Land-Rovers, but only six sold – are values finally starting to level out?

One slight surprise from this sale though was that of a dozen traditional-type Land-Rovers entered, only six found new homes; whether this is indicative of optimistic reserves or, maybe, values of these now reaching their level and starting to plateau-out, we wouldn’t like to say.

This news report comes from the latest issue of Classic & Vintage Commercials, and you can get a money-saving subscription to the great magazine simply by clicking HERE 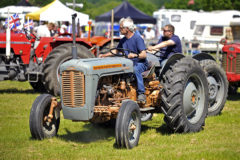 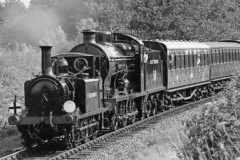