Peter Love reports on the worrying sale of yet another batch of generously-donated tractors from the Science Museum’s important collection. 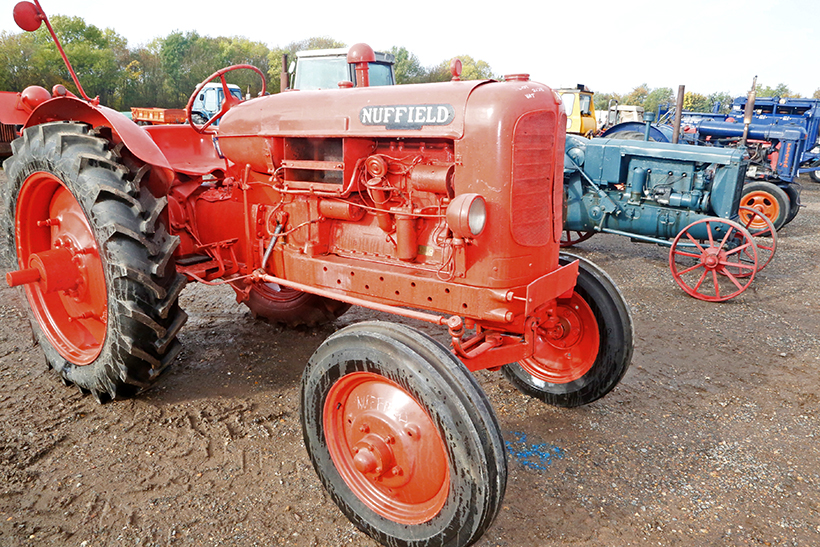 Science Museum sell-off: This Nuffield M3 petrol/paraffin started life as a three-wheeler fitted with the excellent fuel mixing carburettor system which was the best in the world at the time. The tractor went on to sell for £1,800 + VAT.

What are your thoughts on the Science Museum selling off another batch of its heritage tractors, particularly as we feel that Frank Smith from Lincolnshire gave the majority of the 58 tractors to the museum in 1982 for nothing?

The collection is kept at the doomed Science Museum’s Wroughton Airfield site, near Swindon, which could be such a wonderful museum for the nation. But the Science Museum hasn’t exactly made much effort to resolve the situation there at all. The site houses some excellent transport heritage machines, including the unique 1933 Ford BB ex-Dartford travelling library, which features a Muir-Hill six-wheel conversion.

There have been so many plans for the site that have come and gone over the years that it’s become something of a joke when you get down to it. It’s worrying that it has been decided to sell off these tractors, which all were significant types used in the UK in their day – none are preservation imports. I wonder what else they plan to sell off from our British cultural heritage?

The 1949 Nuffield M3 (No. NT1153) is a significant and reasonably rare tractor as it was built as a single-wheeled three-wheeler. Also the carburettor system on this tractor was unique at the time, and worked better than any other petrol/paraffin system available in the UK. From science and teaching points of view, this is a significant example of late 1940s British technology. It went on to sell for £1,800. All these prices are ex-VAT.

I’d love to hear what readers think about the Science Museum’s decision to sell off yet more of ‘our’ agricultural heritage, especially as we don’t have a dedicated museum for such things in the UK. Perhaps the Science Museum can tell us what its game plan is? It crosses my mind that perhaps people who have so generously donated things to the museum in the past, should now start considering asking for them back… Citroën GS-based vans from the 1970s 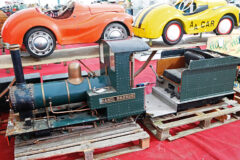