We report on the urgent appeal that’s been launched to keep the 121-year-old steam ship, SS Sir Walter Scott, operating on Loch Katrine. 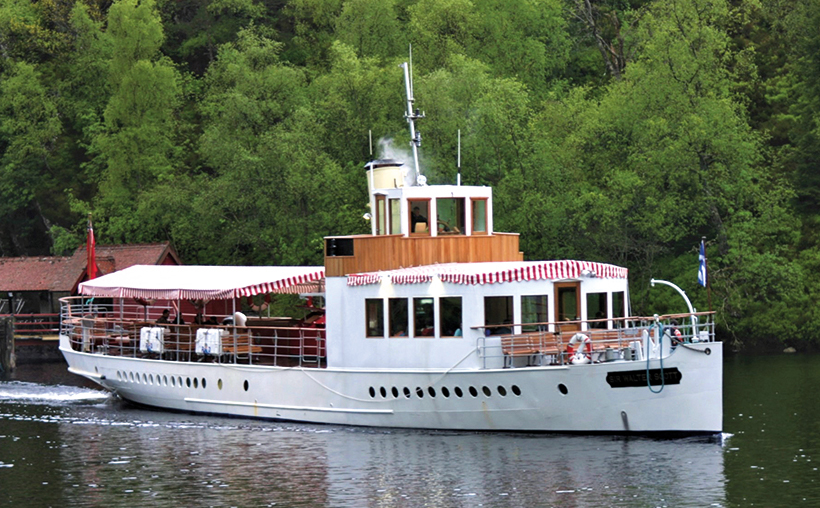 An urgent call has gone out from the Loch Katrine Steamship Trust for enthusiasts, businesses and public bodies to rally round and help raise £500,000 before the end of 2021, to ensure the 1899-built fresh water steamer, SS Sir Walter Scott, can sail again in 2022.

The trust, which took over the historic ship from Scottish Water in 2005, fitted two, new Cochran Wee Chieftain boilers in 2008, and converted the vessel from coal firing to biofuel, making it one of the first heritage steam-powered vessels to do so.

However, hairline boiler cracks were discovered during inspection in 2020, and the ship was berthed pending the launch of an appeal which was delayed by the Covid-19 situation.

James Fraser, Loch Katrine Steamship Trust chief executive, said: “We have been delayed by Covid and, of course, have been unable to generate trading revenue to meet the cost of repairs, so we’ve now launched our appeal, SOS, Save our Steamer, to ensure that this much-loved historic ship can sail again next summer.”

Built by Denny Bros of Dumbarton in 1899, SS Sir Walter Scott completed sea trails on the Firth of Clyde before being dismantled into a kit of numbered parts. These were taken to Loch Katrine by barge, up Loch Lomond, and then overland on carts pulled by teams of horses, to be reassembled and put into service in 1900.

The ship, which cruises in summer between Trossachs Pier and Stronaclachar, on what is Glasgow’s public water supply, was operated by a variety of owners, including Glasgow Corporation, Strathclyde Regional Council and Scottish Water, before its present trust owners.

James Fraser says that the trust is determined that the ship, named after Sir Walter Scott, whose poem Lady of the Lake, and novel Rob Roy, put Loch Katrine on the tourist map, will sail again in 2022. “We make a significant contribution to the fragile economy of the Trossachs, as well as keeping a historic vessel in operation. We simply can’t allow Sir Walter to go under,” James added.

Full details of the appeal can be found at: www.saveoursteamship.com 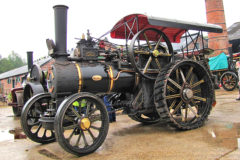