Adrian White reports on the welcomed purchase and re-homing in the UK of a rare and treasured beast! The Lion is safe again! 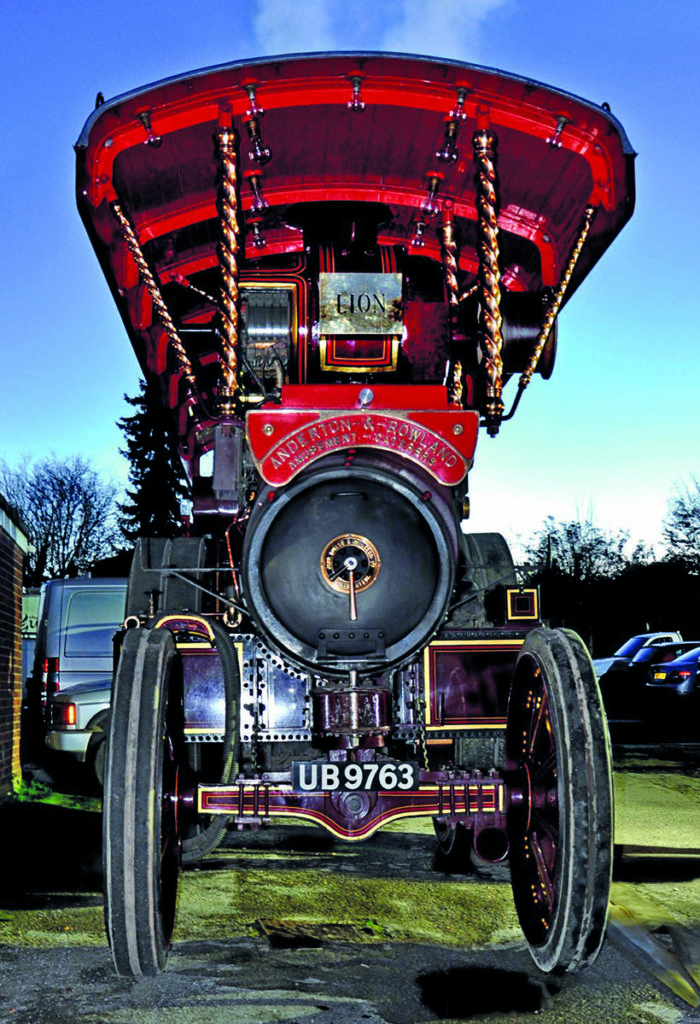 This will now enable the public to enjoy the pleasure of seeing her alongside other enhines, including Fowler showman’s (No. 14425) Carry On and Garrett (No. 33566) Little Billy plus, of course, Burrell showman’s engines Ex-Mayor and Majestic. These wonderful machines will certainly make a fine sight standing on the meadow opposite the locally-restored, award-winning Stotfold Water Mill, near Letchworth, with which John Saunders is very much involved with. 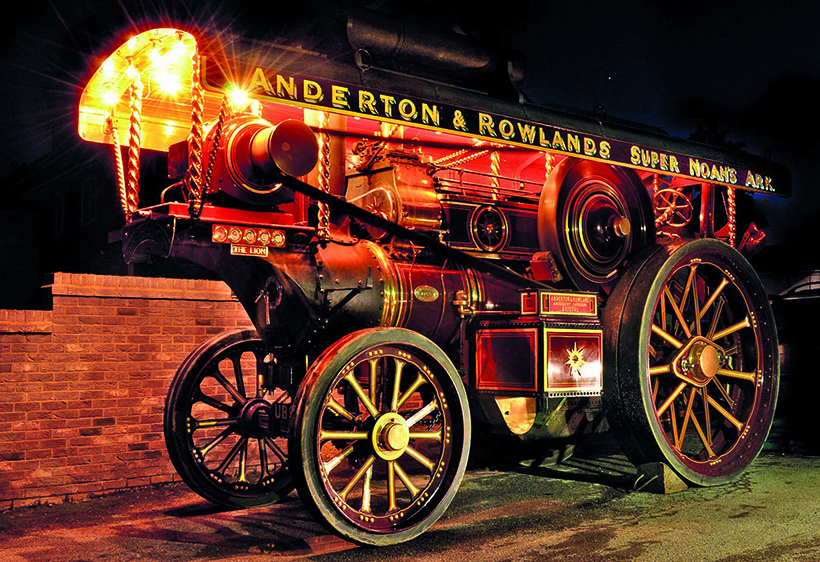 Looking the part and generating its own electricity at Stotfold. The Lion can certainly put on a great show. (Pic: Adrian White)

Dorset to Beds.
The story of the sale, and The Lion’s journey from Dorset to Bedfordshire, is taken up by John Saunders’ grandson, Alexander Haslett-Saunders. “Friday, October 30th, saw the second part of the Bonham’s auction house sale start at approximately 6pm. There were 26 lots and, like many Old Glory reader’s, I was watching the event unfold online; I happened to be away for the weekend, in Bath. Unbeknown to me, my grandfather – John Saunders – was at the auction with Dave Roberts. He had been interested in buying the engine 25 years earlier, when Arthur Thompson finally purchased it after upping the stakes by 50%.

“Following John’s successful purchase this time, the engine was steamed to a nearby location and loaded back to the Thompson family farm for the very last time. Then, on Tuesday, November 3rd, my brother Harrison and I (we’d already optimistically booked the day off work some time ago!), prepared the low-loader and sorted coal and wood that we would need for the collection of the engine. 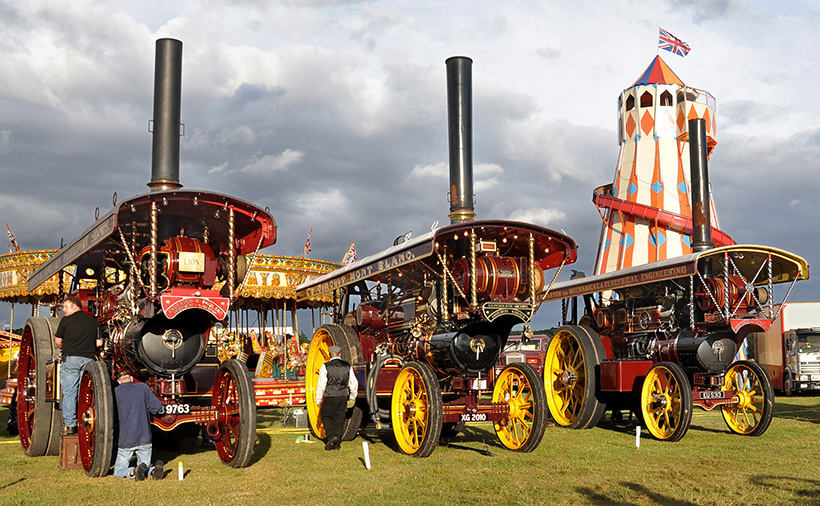 “At 7am the following day, John, Harrison and I headed down to Dorset and, within an hour, we had the engine loaded and ready to leave. On the return journey to Stotfold, with the winter light drawing in, we stopped a couple of times, once near the M4/M25 junction, then again at South Mimms, just to check that all the strapping was tight and secure. We’d already lit the fire, in preparation for steaming the engine off when we got back to Stotfold. As we approached Stevenage, the safety valves just started to raise, so we pulled over to top the boiler up with water and then carried onwards to Stotfold.”

Back at the pub!
“We decided that it was a good idea to unload the engine in a layby on the outskirts of its new home, before the low-loader carried on to the main Saunders yard! Harrison, myself and The Lion set off to the local establishment – The Coach & Horses – by the green in Stotfold. The site is situated by the old bakery which was once run and owned by master baker, the late Jack King; a close friend and associate of John and Ted’s late father, Reg Saunders, the founder of the Saunders Collection.

When we arrived at the green, more coal and water were waiting for us in the pub car park. We soon had the showman’s lights on, and The Lion duly proceeded to generate into the evening, to the delight of the pre-lockdown customers, including John’s brother Ted who had travelled up from Cornwall especially to witness the arrival.

“The following day I also had time off work, so arranged for some of the usual boys come up the yard to sort the engine with me. We cleaned it before lighting it up, then took it out for lunch in a village. We were pleasantly surprised by the Fowler’s grace down the road, and enjoyed a lovely trip out to The Crown, in Henlow. On the way back, I had a call from grandad who said that he’d like to see the engine generating outside the pub again, before the November 5th national lockdown came into force. So, we drove the engine back to The Coach & Horses where we proceeded to generate for a few more hours before finally returning to the yard. 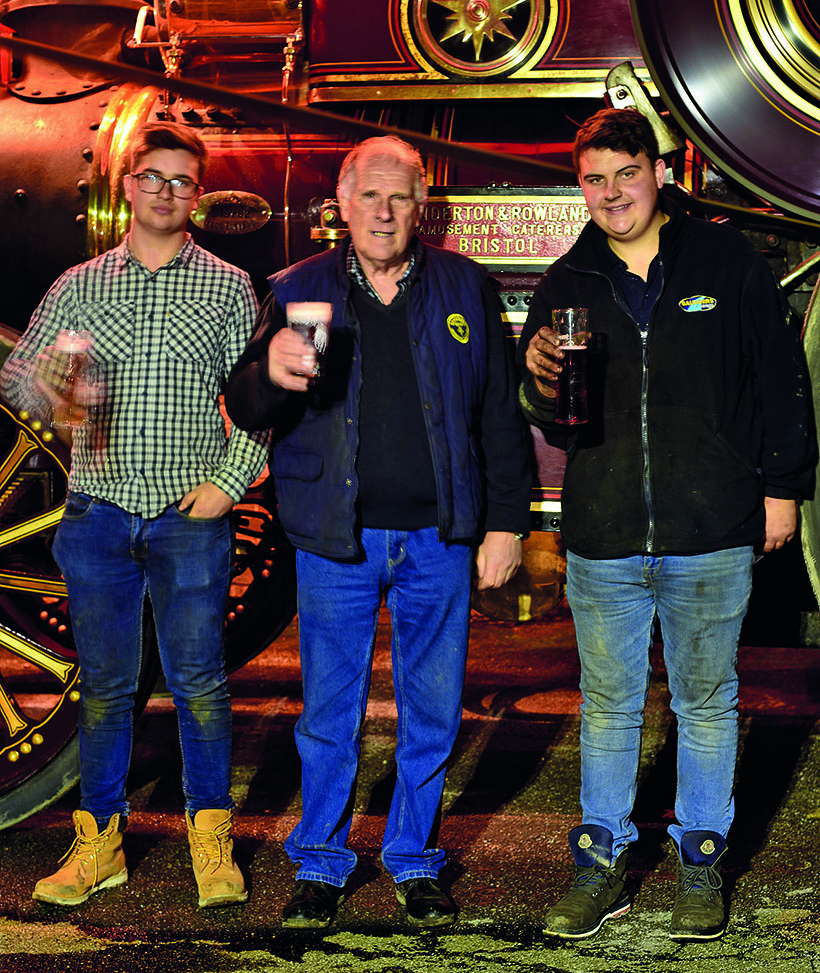 Owing to the Covid-19 restrictions, the engine can’t take to the roads for a while, but we’ll take the opportunity to give her a good clean-up. As you can imagine, my grandad – and the rest of the Saunders family and team – are extremely happy with their new purchase, and are glad to have stopped The Lion being exported.  All I can say now is that I feel it’s gone to a good home and we’re all really looking forward to displaying The Lion, in its full glory, at many steam rallies and charity events, for many years to come.” 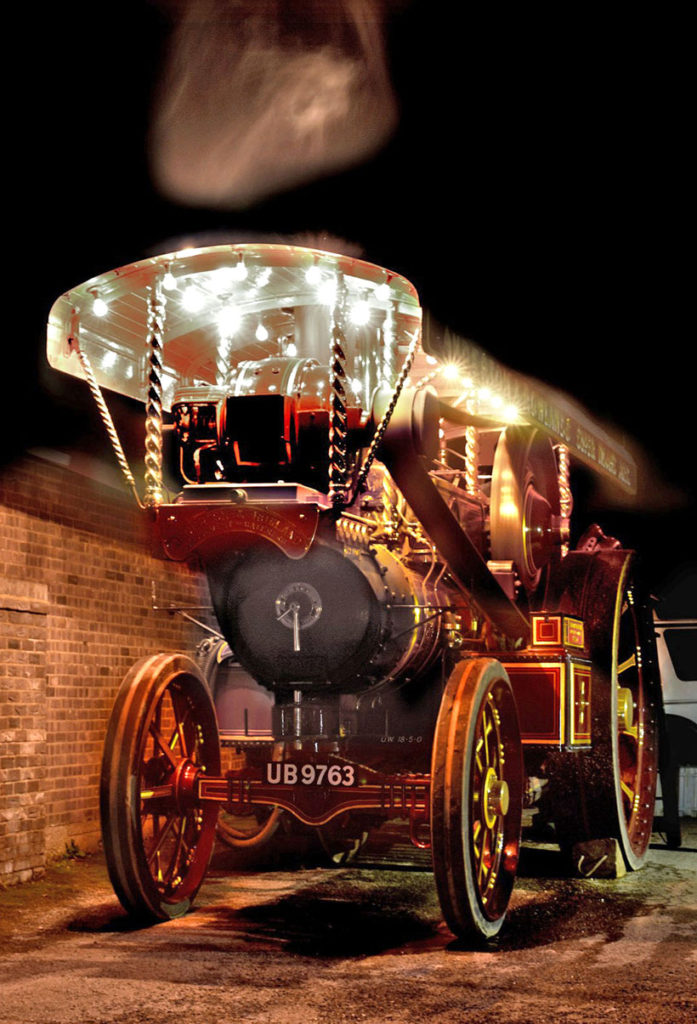 In steam at Stotfold on November 3rd, a couple of days before lockdown. (Pic: Adrian White) 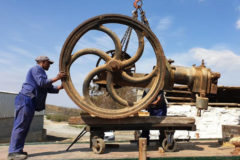 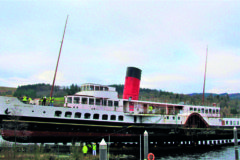