Andy Selfe reports on a rare engine rescue in South Africa involving an 1895 Crossley and a Blackstone ‘Stamford’ stone mill. 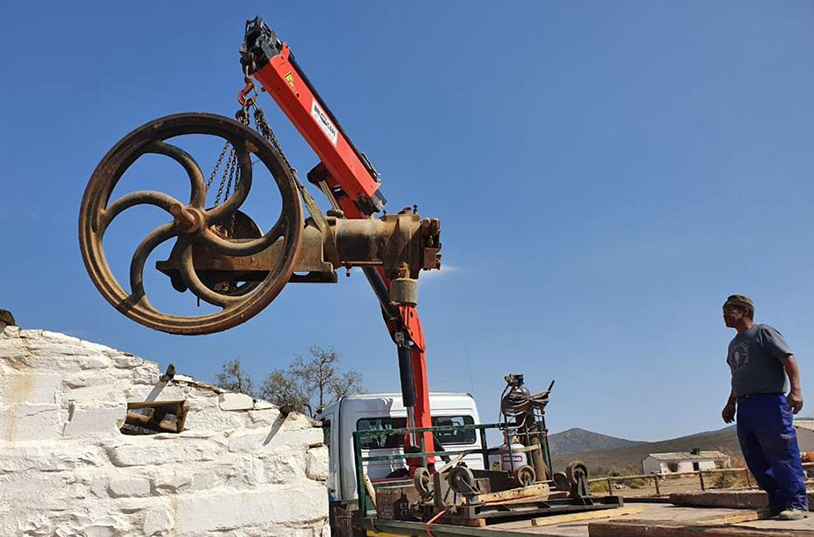 Rare engine rescue: Lifting the Crossley out of the building, complete; what a pleasure to see. However, it was necessary to remove part of the building’s roof to get the engine out!

Well-known collector of larger engines and prize-winning restored tractors from Stilbaai in the Southern Cape, Kobus Groenewald recently heard of an 1895 Crossley and big, 30-inch Blackstone ‘Stamford’ stone-mill on a farm in the Central Karoo. 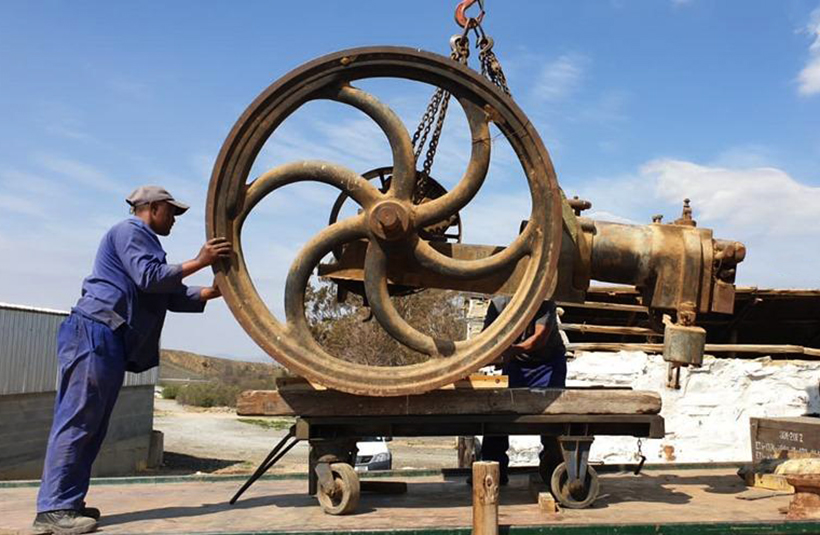 Lowering the engine on to a trolley and block of wood.

Kobus, having a plant-hire business, has no shortage of lifting and carrying equipment, so he followed-up the lead and collected the engine and mill, both of which were deeply set into 110-year-old concrete. 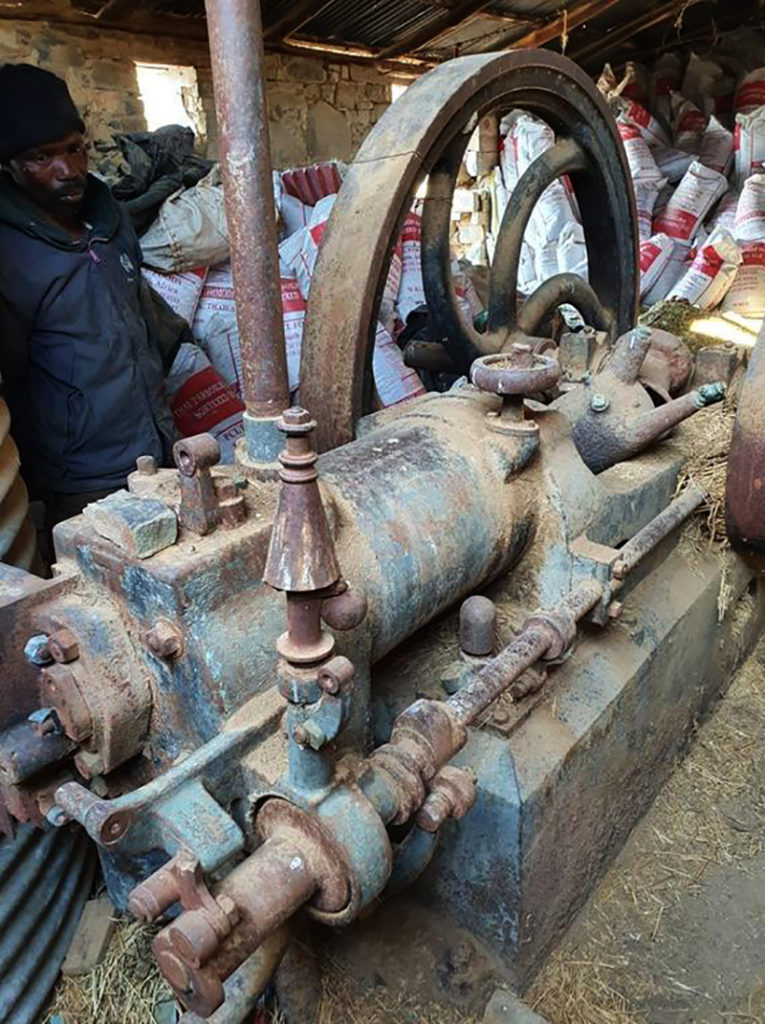 Kobus needs help with drawings or pictures of what is missing. By the way, that’s not a crack in the flywheel; it’s just a piece of wire!

The owner, Pieter Theron, said the engine (serial number 1145), had arrived on the farm, having been transported there by boat, train and ox-wagon, in 1910. It then served the neighbouring farmers who had their wheat milled there for many years. 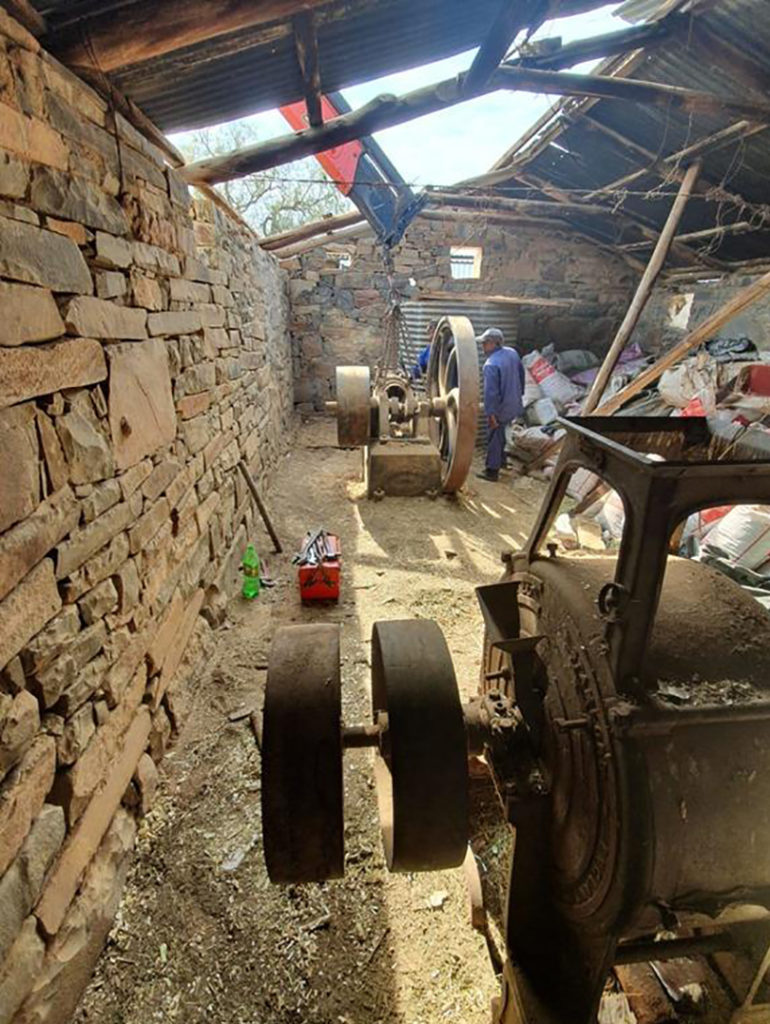 Once the engine and crankcase had been lifted out, the job began of breaking-up the 100-year-old concrete, to remove the base. The legs of the mill were also set in deep concrete.

It has spent the past 80 years forgotten and completely covered in Lucerne. Pieter is now delighted that the engine and mill have gone to an interested person with a museum, and that it will be preserved and brought back to running order. 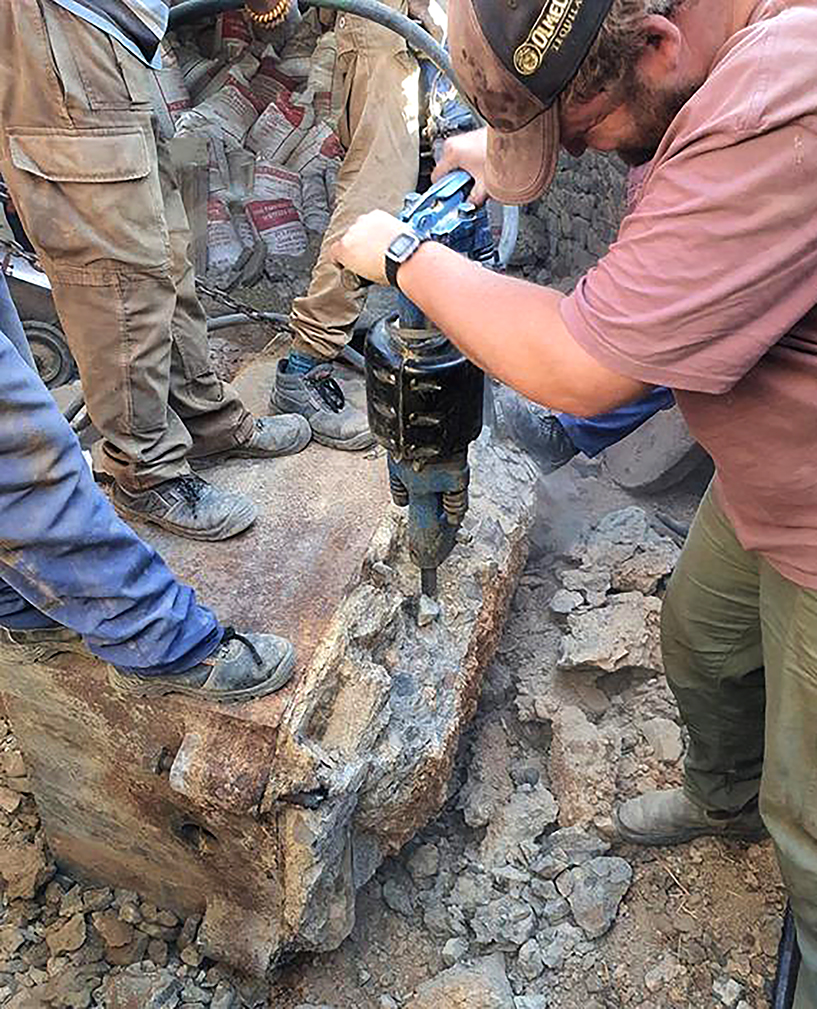 Gielie is seen here breaking up the concrete. 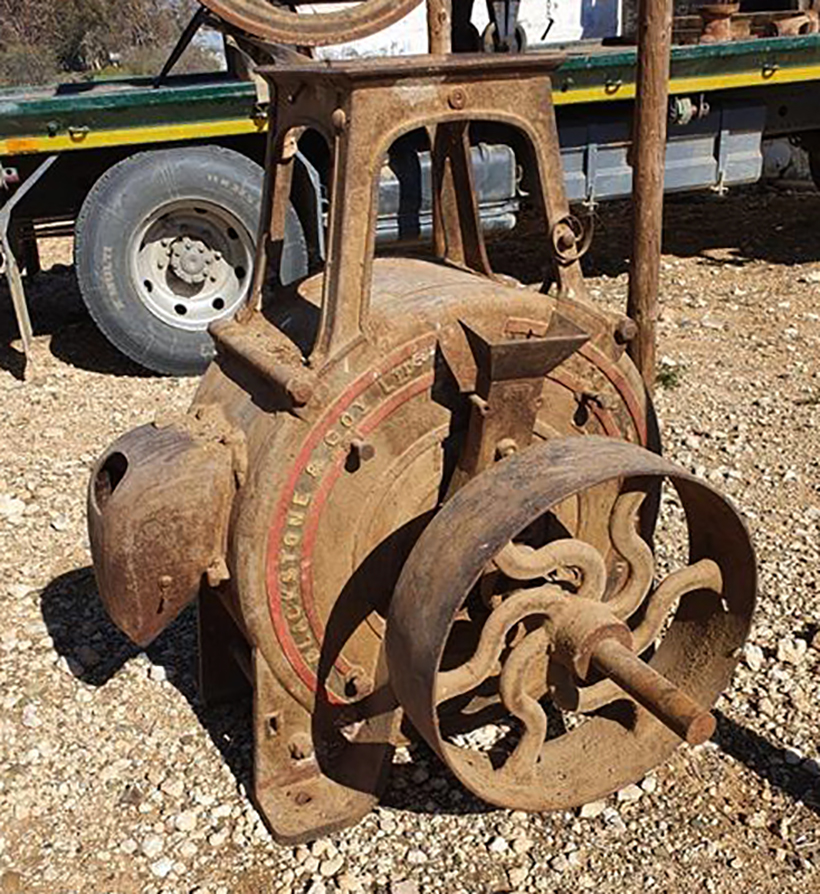 The 30-inch Blackstone ‘Stamford’ stone mill had to be removed in two parts. 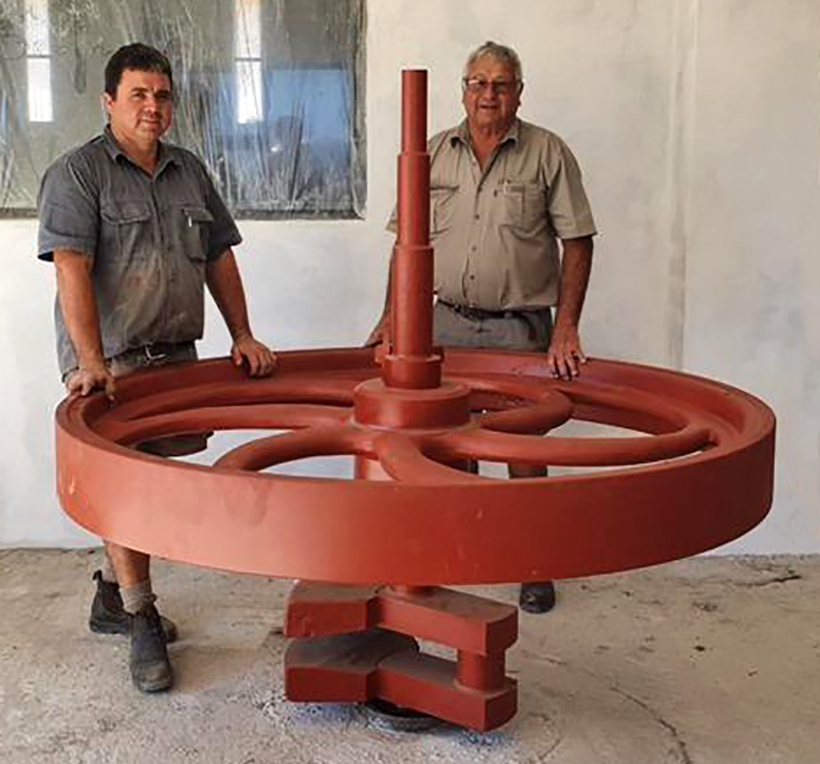 Kobus and his son, Gielie, at their museum in Stilbaai. The ‘table’ rotates and was fitted with a glass top shortly after this photograph was taken. 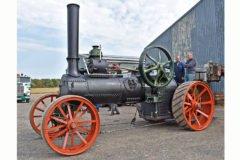 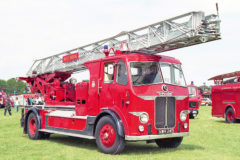 The history of turntable ladders