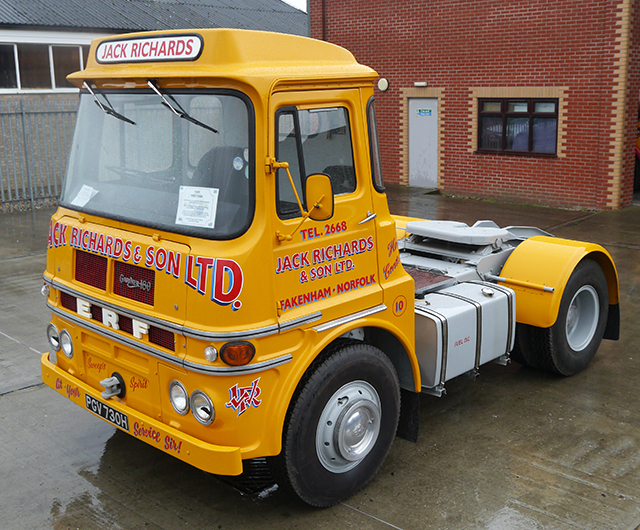 A 970 ERF tractor unit; typical of the type and livery of lorry operated by the company during the time of its move from Haddenham to Fakenham

Jack Richards Ltd., one of Britain’s best-loved road transport companies, has been sold to fellow East Anglian-based haulage company, Turners of Soham, providing the latter with an entry into the general haulage market alongside its existing tanker and refrigerated transport operations.

Founded by Jack Richards in 1956 after working for Harold Darby – a well known sand and gravel merchant based on the Cambridge/Essex borders and also one of Britain’s earliest commercial vehicle preservationists – the business was initially based in Haddenham, and started by running a nightly produce transport service from Cambridgeshire to the Nottingham wholesale markets. The early livery was grey and red; a scheme based on and inspired by the Leicestershire-based Lord of the Manor motor racing team that Jack had supported while growing up. The familiar current yellow livery arrived almost by accident, and followed the purchase of an ex-Lucazade lorry, and Jack’s wife Gladys deciding she much preferred that to grey and red.

A second dept was opened in Cheshire in 1971, and this subsequently became the firm’s headquarters. Besides its distinctive livery, the company was well-known among enthusiasts for its staunch support of the ERF brand; indeed, they bought what is said to be the last ERF off the production line – an Olympic-cabbed EC11 – in 2000 and, after using it commercially for a full term, it joined the famous Jack Richards private (but ‘open to enthusiasts’) museum collection of historic lorries. 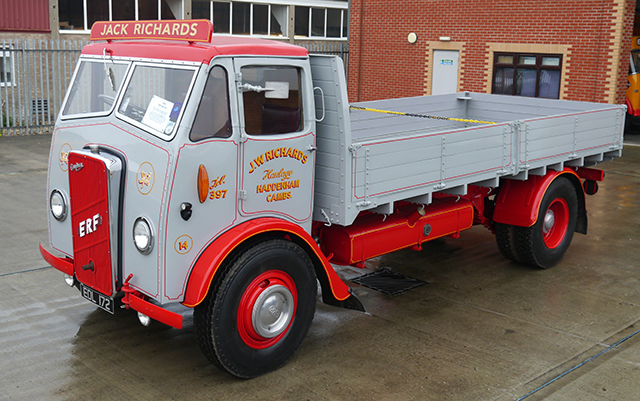 A 1946 ERF C15 dropside from the former Jack Richards historic collection, modelling the firm’s original livery. This particular lorry was the last vehicle bought by Jack before he died

Jack remained very much involved with the business until his death in May 2014, though the second generation in the shape of son Anthony and daughter Lisa took over day-to-day management of the family-run business. The historic collection was sold by Cheffins in October 2018.

Classic & Vintage Commercials understands that Turners has purchased an 80% – so controlling – stake in the Jack Richards business, but that the Richards family has retained an interest. Turners has stated that ‘there will be no immediate change to the name Jack Richards & Son, and the existing board of directors will remain in place.’ 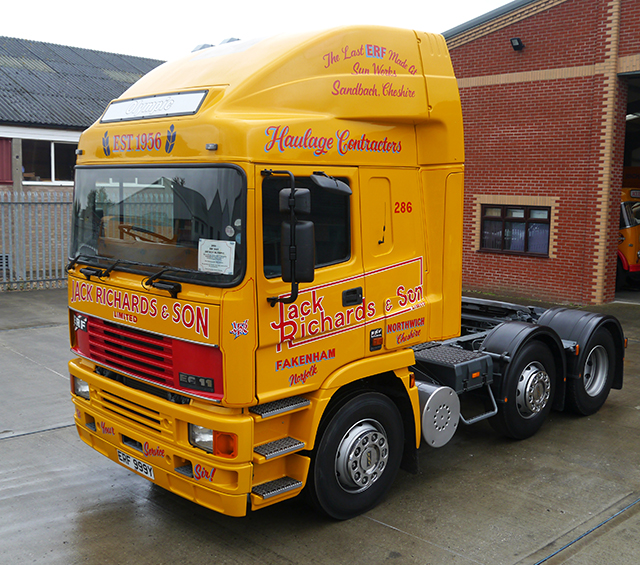 Iconic lorry from an iconic fleet; Jack Richards was a well-known operator of ERFs for as long as the marque was available, switching to DAF, Volvo and MAN only when there was no option. Their fleet included the very last ‘genuine’ ERF, this 2000 ERF EC11. On retirement from the active fleet after 660,000kms, it joined the Jack Richards preserved collection, but was sold last year when the collection was dispersed

Lisa Richards said: “We are delighted to announce that we have joined forces with Turners. It’s a natural fit; as two East Anglian haulage businesses with a similar heritage, we share the same core values. Both companies have built a reputation on reliability and exemplary customer service. This partnership will secure our future as a leading road transport business in the UK. In a time of economic uncertainty, our industry is venturing into unknown territory, but this investment from Turners puts us in the strongest possible position to maximise the opportunities ahead.”

Paul Day, MD of Turners, added: “I am absolutely delighted that Jack Richards & Son has joined the Turners family. We share the same vision for growth, innovation and world-class customer service. By adding a curtainsider fleet to our offering, we now have a very comprehensive package to offer customers. The connection between the two companies dates all the way back to the 1950s, when our grandfathers were friends, so it feels like we were destined to come together. Jack Richards has exceptional leaders, coupled with loyalty from its staff and customers. Turners will do everything it can to retain these strengths and to support the company in its future growth, continuing its success.” 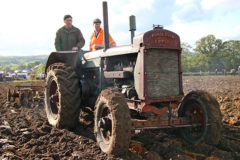 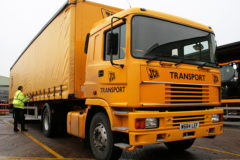