As part of celebrating a century of the aircraft carrier, David Hobbs charts the arrival of the first of these naval giants. 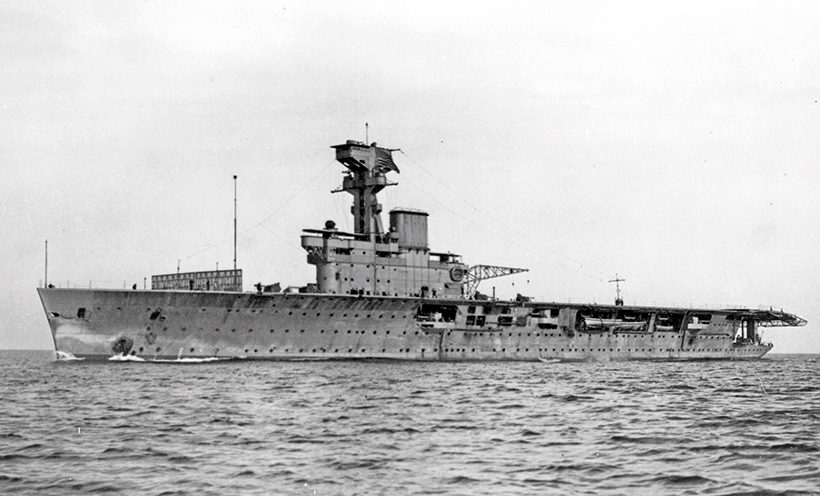 HMS Hermes, as completed in 1924, was the world’s first ship to be designed as an aircraft carrier. Built by Armstrong Whitworth, she was laid down in January 1918 and commissioned on 18 February 1924. (Pic: David Hobbs)

HMS Argus was the world’s first true aircraft carrier; she had a flush deck from bow to stern on which wheeled aircraft could take off and land. Lifts allowed them to be struck down into the hangar or raised from it to be ranged on deck for take-off. Capable of only 20 knots, however, she was slower than other ships in the battle fleet. In October 1918, after flying trials, she began to operate Sopwith T.1 Cuckoo torpedo bombers with which it was planned to attack the German fleet in its harbours at the first opportunity in November. 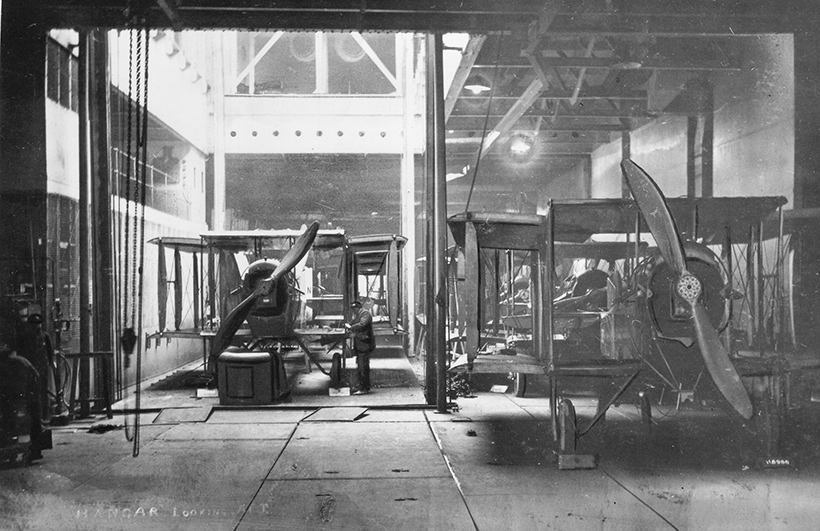 The armistice ended hostilities before any attack was undertaken but, had it been carried out, such an attack would have predated the attacks on Taranto and Pearl Harbor by more than two decades. During Argus’ trials, a wood and canvas ‘island’ was installed to identify the effect on flying of a structure intended to contain the ship’s bridge, briefing rooms and funnel uptakes. The ideal position was found to be on the starboard side amidships and virtually every aircraft carrier built since then has followed this example. 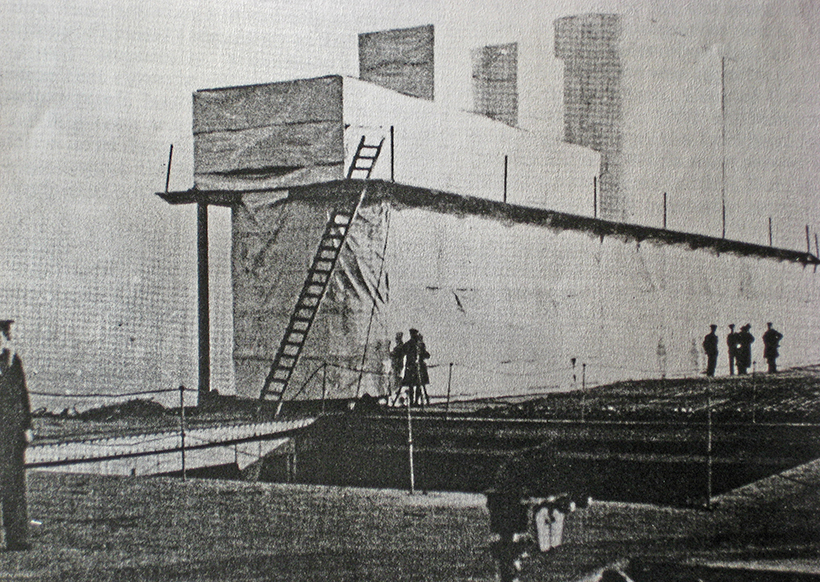 Argus herself was considered to have too narrow a deck to be fitted with an island and retained a flush deck to the end of her career. Furious was modified to a flush deck design in 1925, but the new Hermes, the first ship to be built from the keel up to operate aircraft, and Eagle, converted from the incomplete hull of a battleship, were both built with islands. 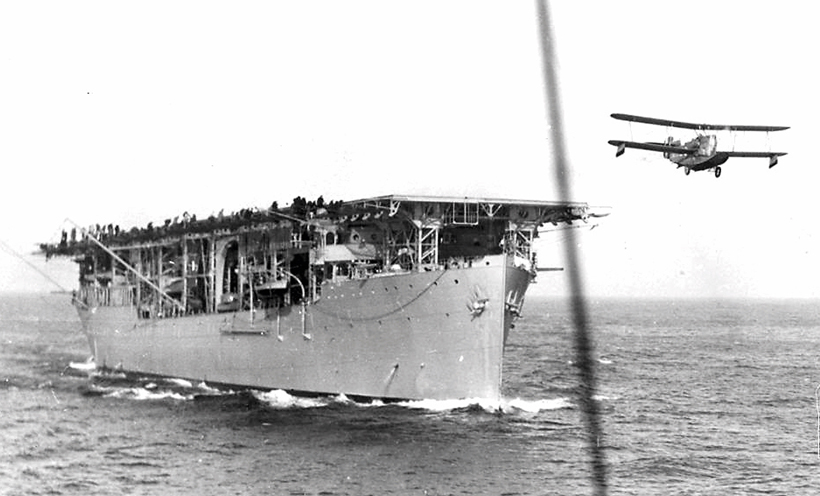 In America, the US Navy wanted to follow the British lead, but Congress refused to fund a new ship. Instead, it approved the conversion of the collier Jupiter, AC 3, into an experimental carrier. Work started in 1920 and she was completed in March 1922 and renamed Langley (CV 1), to become the world’s second carrier. The basic hull and turbo-electric machinery were retained, together with the accommodation aft and the bridge right forward, under the flight deck. 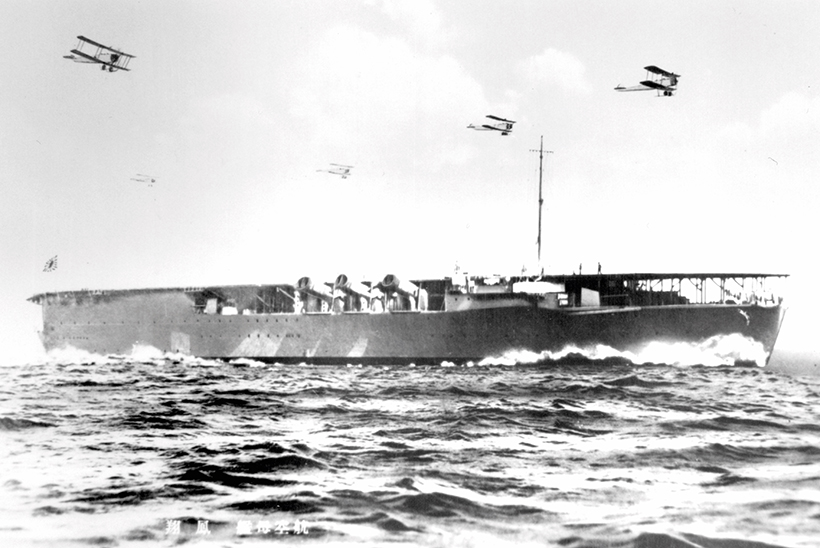 Hosho after the removal of her island and tripod mast in 1923. She was the first aircraft carrier to be completed for the Imperial Japanese Navy, and the third in the world. Hosho survived the war and was used as a troopship to repatriate Japanese forces until 1946. She was broken up in 1947. (Pic: David Hobbs)

Hinged smoke-stacks replaced the original funnel and the former upper deck became the open-sided hangar deck with a latticework steel structure supporting the rectangular flight deck. The foremost of her six original holds was modified into an aviation gasoline tank and the fourth became a magazine for air weapons in its bottom half and a machinery space for the single lift in the top. 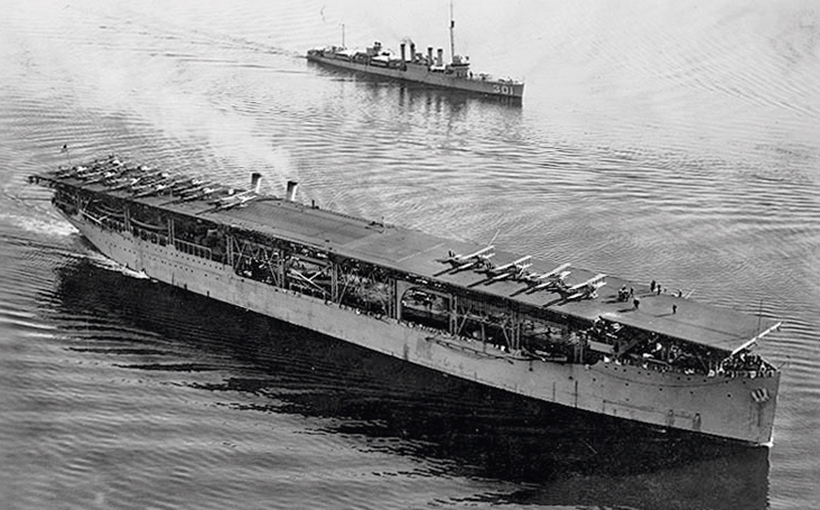 The lift platform was raised into the centre of the flight deck and locked at this level during flying operations. The remaining four holds, two forward and two aft of the lift, were used to store dismantled aircraft, which were raised to hangar deck level by two, three-ton travelling cranes installed under the flight deck. Each had a swivelling arm, which allowed aircraft to be placed onto the lift after assembly and taken to the flight deck, or removed from it to be struck down. 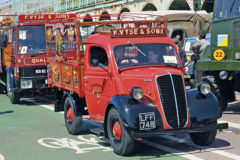 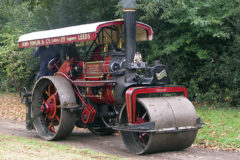