Peter Simpson showcases some of the fantastic light commercial vehicles that took part in this year’s HCVS London to Brighton run. 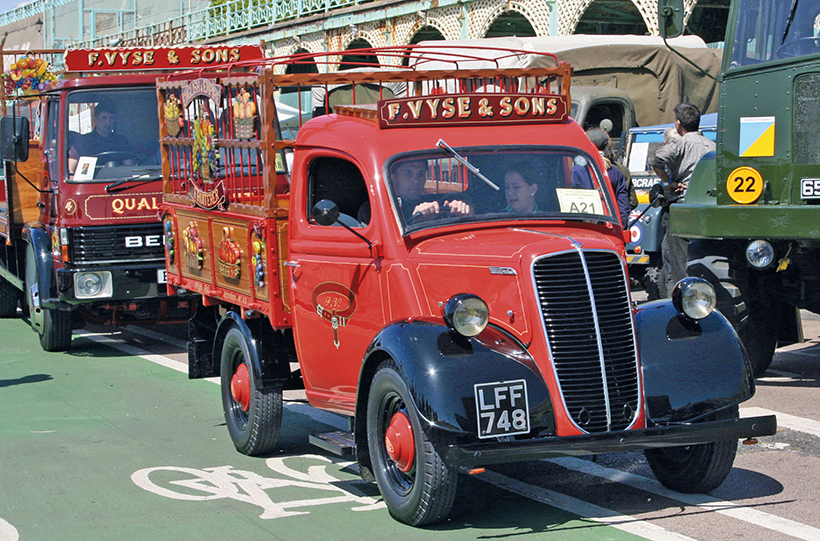 The Hertfordshire-based Vyse family entered several vehicles in this year’s HCVS London to Brighton run, and took away numerous awards. One further prize-winner was this stunning 1955 Fordson E83W, which was bought in 2017 and restored to replicate a similar vehicle used by John Vyse’s family back in the 1950s. 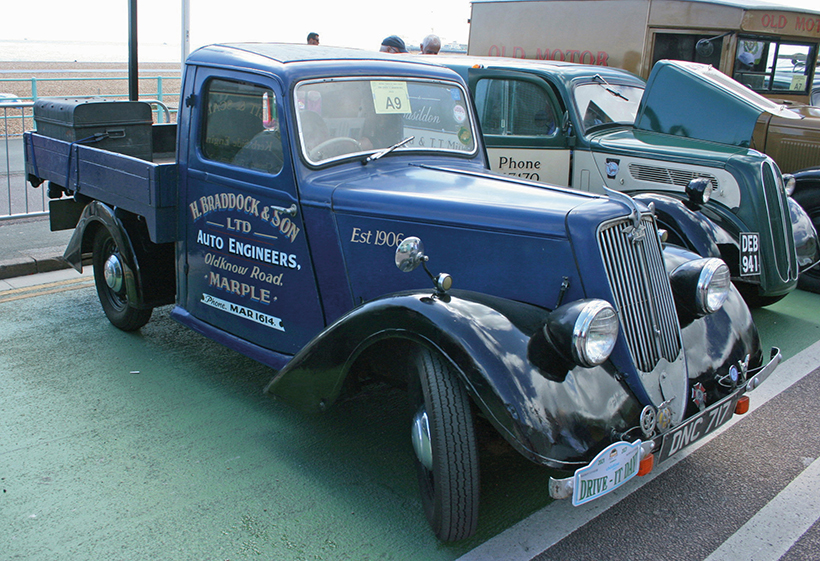 This 1937 Jowett 8hp pick-up has had just two owners from new; H Braddock & Son, a garage business (and one-time Jowett dealership) from new, then present owner Michael Fishwick from 1995 onwards. It’s believed to have covered over 300,000 miles. 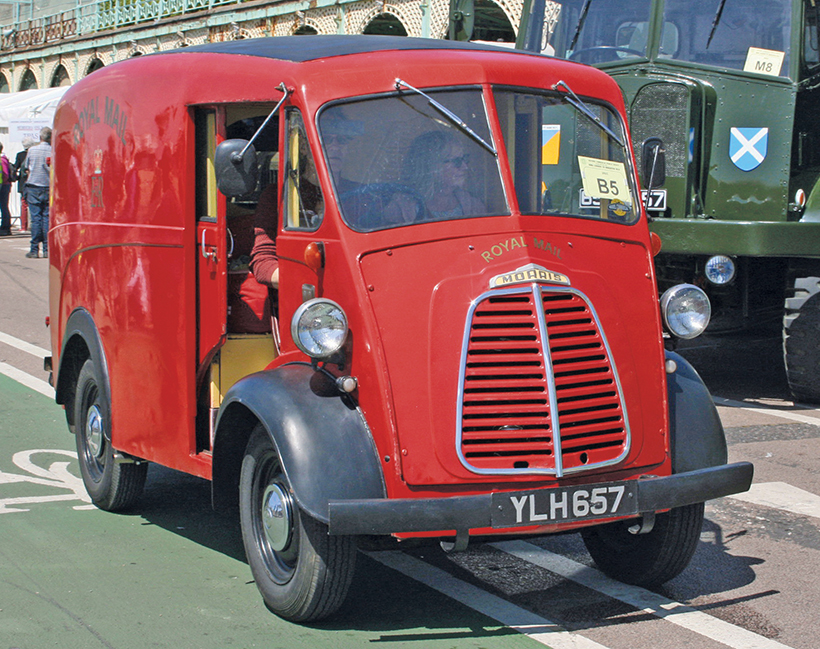 This 1960 Morris J Type is a genuine, ex-GPO example which spent its postal working life in and around Cardiff. Sold off in 1967, it spent the following 20 years in Newport, painted yellow. In 1990 it was sold to a Glasgow paint company which intended to restore it and use it for publicity purposes. But that never happened and, in 2001, it was sold again and subsequently restored to original condition. It was bought by its present owner, Mark Cooper, in July 2021. 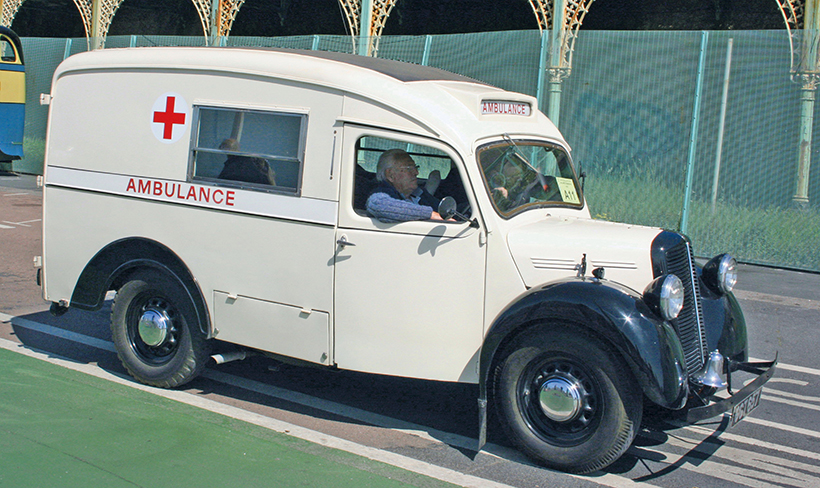 This 1941 Morris Series Y Ambulance was one of 500 supplied by the war office to replace vehicles lost through enemy action. It initially served at RAF Tangmere but, by 1942, it had moved to Southampton. Then, in 1944, it was involved in transporting the wounded from the D Day landings. It’s now owned by John Miller, The equipment on board belonged to John’s father, who was a civilian ambulance driver during WW2. 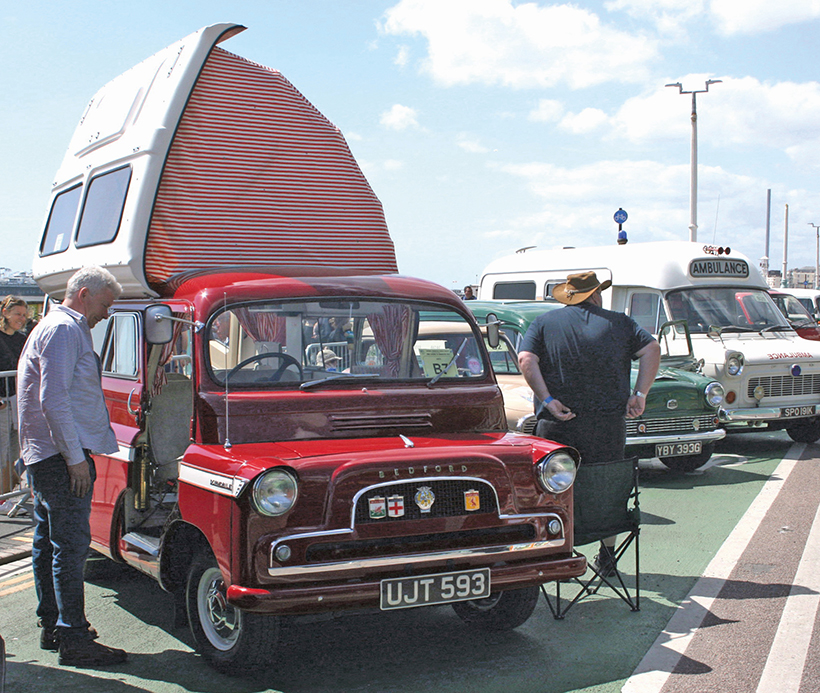 This 1963 Bedford CA SWB Romany Delux camper was runner-up in Class B (post-1955 small vans & pick-ups). Bought by present owner, Jim Richardson, six years ago with just 29,000 miles on the clock, it had spent 40 years laid up in the first owner’s garage. 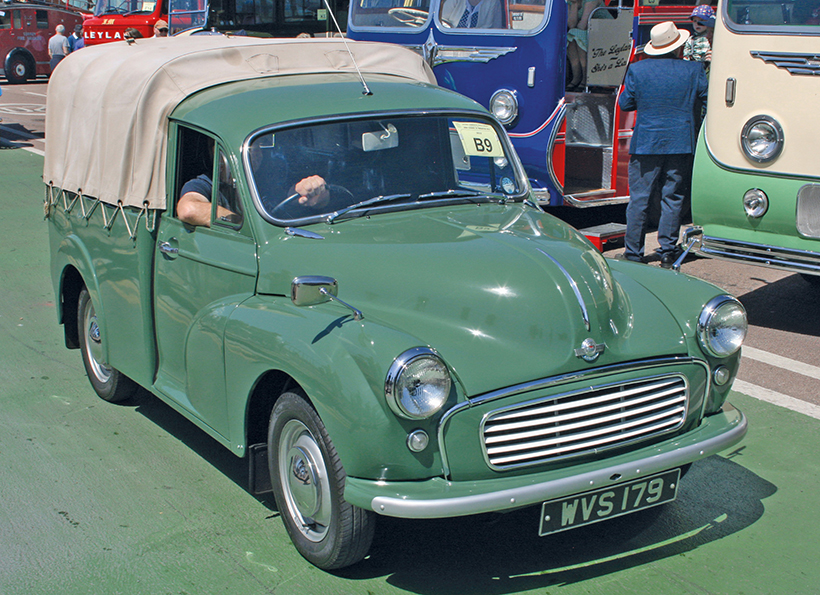 The East Sussex-based Mills Brothers are well-known restorers of light commercial vehicles, with ex-GPO and Post Office vehicles a particular speciality. This fine 1963 Morris Minor pick-up is, however, one of their non-postal restorations. it was fully restored in-house about eight years ago. 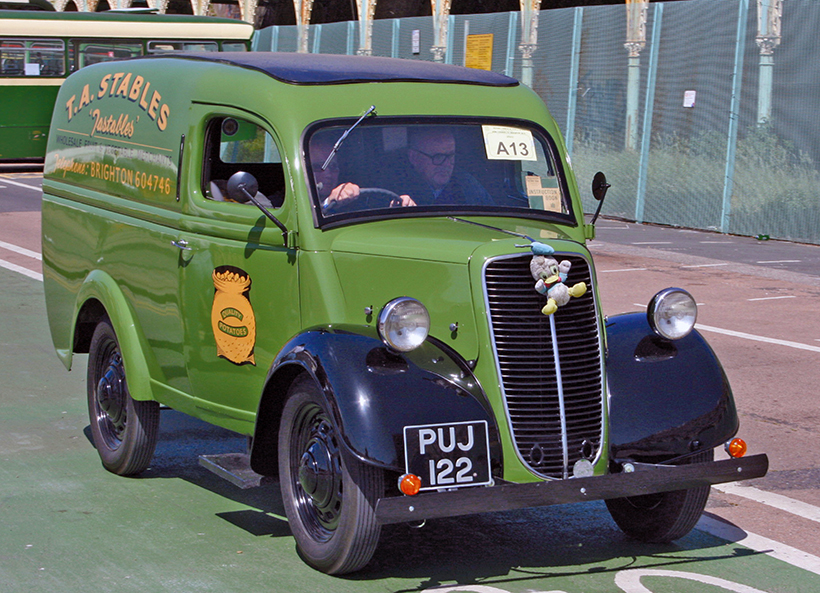 This 1947 Ford E83W van was new to the Forestry Commission, but was used off-road and not road-registered until it was sold to a tree-feller in 1962. Thirty-five years later it was found in a ‘forest workshop’. It’s now owned by Timothy Stables, and liveried for his Brighton-based wholesale fruit & veg business. 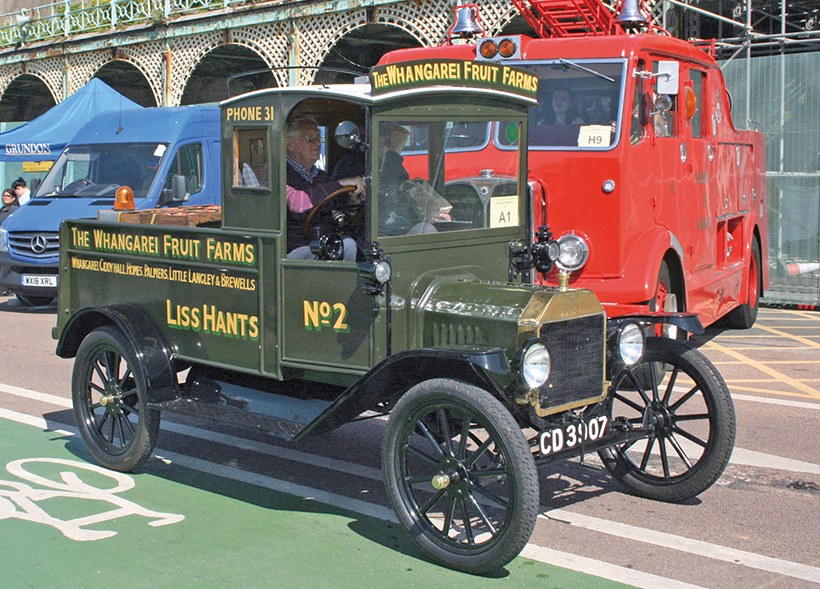 The oldest light commercial on the run was this 1916 Ford Model T lorry. which has actually been with present owner Tom Collard’s family from new! Supplied new by Moores of Brighton, it worked on the family farm until WW2, and has now been restored to original condition. 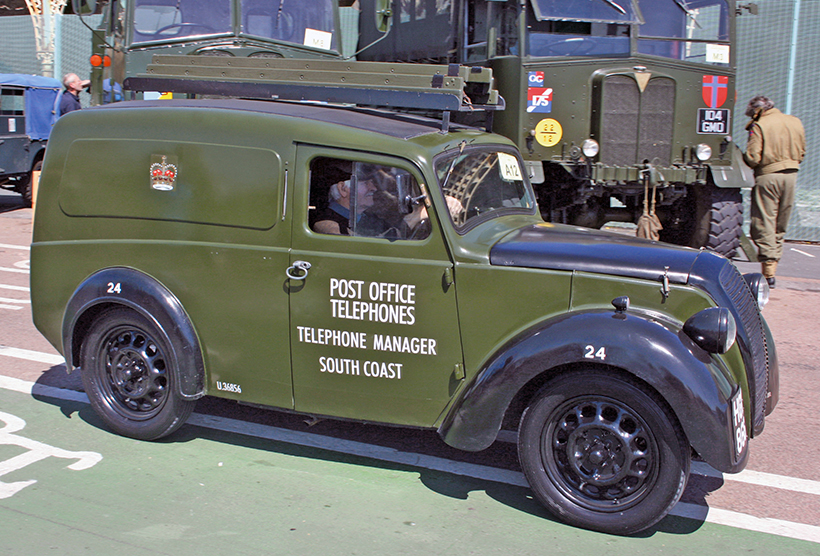 This 1946 Morris Z Type GPO Van is typical of the thousands of similar vehicles operated by the GPO as mail vans and, as here, telephone vehicles. Owned by John Plant, this one worked in the Guildford area. 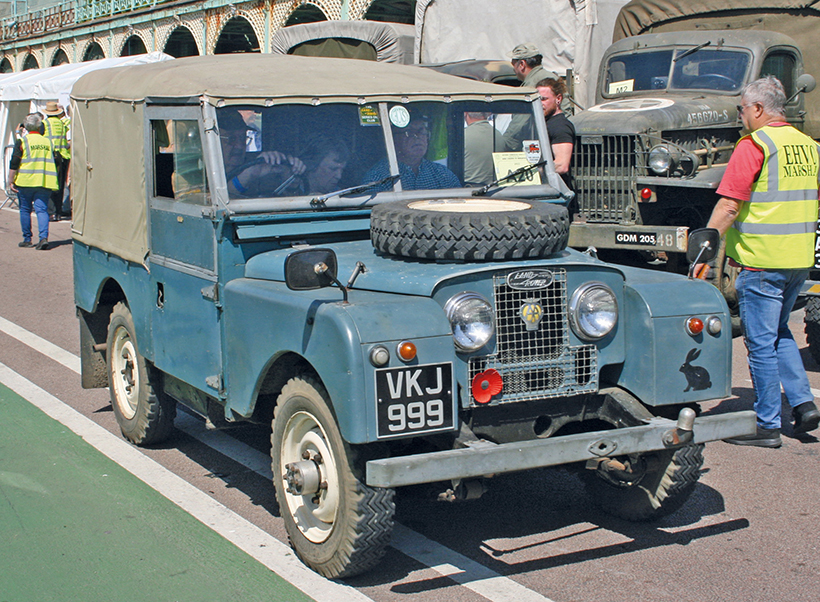 This 1955 Land Rover 86in pick-up was bought by its present owner, Paul Ryan, as an MoT failure in 1976 because, as a fireman, he thought the registration number was appropriate. After much welding it became a daily-driver and workhorse. 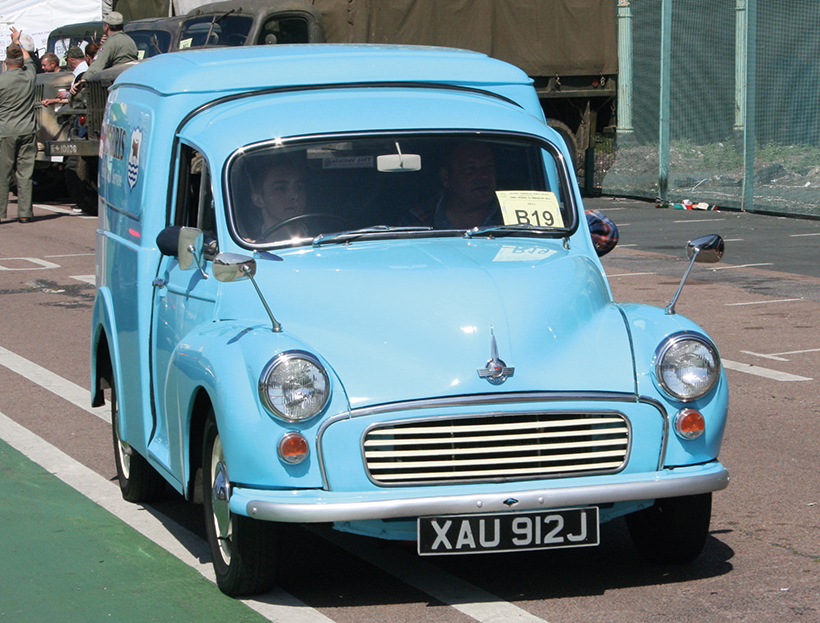 Though it’s been restored in ‘civilian’ guise, this 1971 Morris Minor van is actually ex-Post Office. Restored some years ago, it subsequently belonged to a London barber’s shop. Acquired by present owner, Mark Steward, in 2021, it’s been given a full mechanical overhaul and been sign-written as a Morris sales & service van. 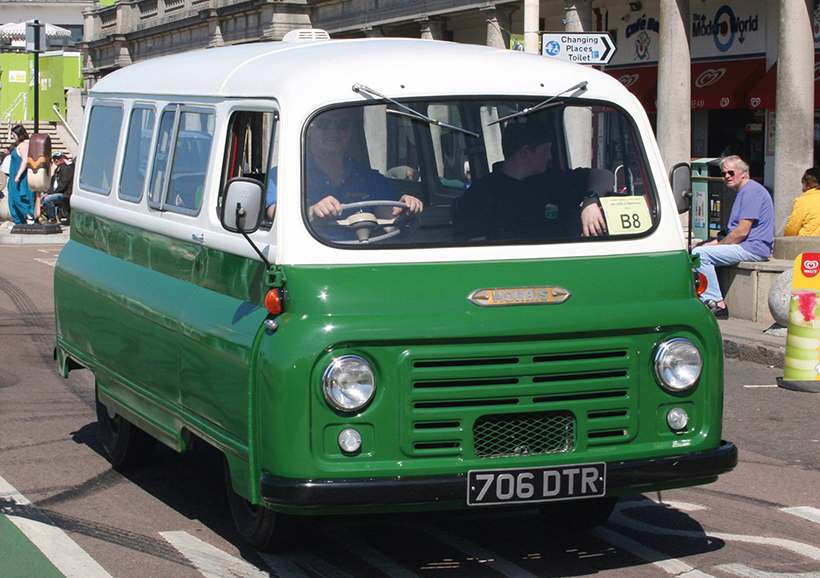 Once upon a time, BMC J2s were everywhere; now it’s likely that survivors barely number into double figures! The early history of this 1963 Morris-badged version is unknown, but it was found in a Brentwood scrapyard in 1996, and subsequently restored by present owner, Kevin Salter.

This event report comes from the latest issue of Classic & Vintage Commercials, and you can get a money-saving subscription to the magazine simply by clicking HERE 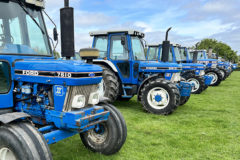 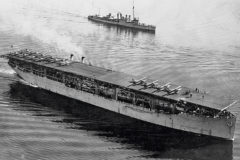