Stephen Williams introduces one of his latest acquisitions, a little Lister two-stroke engine that he thinks is an absolute gem! 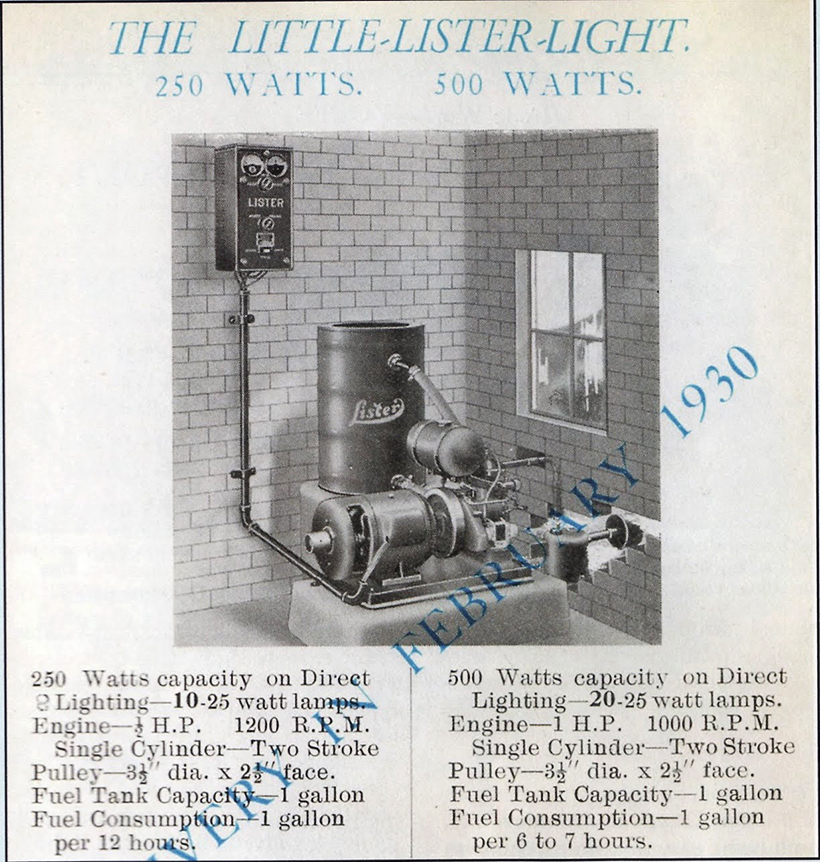 An advert for the Lister two-stroke engine-powered generator set for home lighting.

It always seems to be the way; whenever I get something that is thought to be rare, more of them come out of the woodwork. Not being overly bitter, but my little Lister two-stroke engine is a gem, and I am pleased to say it runs brilliantly.

As discussed previously in Stationary Engine, the little Lister two-stroke engine was intended to power a generator set for home lighting. It is thought that they never made it into full production, with a few examples being found during a shed clearance at the Lister factory. However, with more examples appearing, it could be a case that there was, in fact, a limited production run, but that they weren’t great sellers. We, as engine enthusiasts, are likely to find out the facts, so I thought I’d write a short article on known/seen examples in the hope that it’ll prompt others to come forward so that we can get a better picture about how many more survive in preservation. 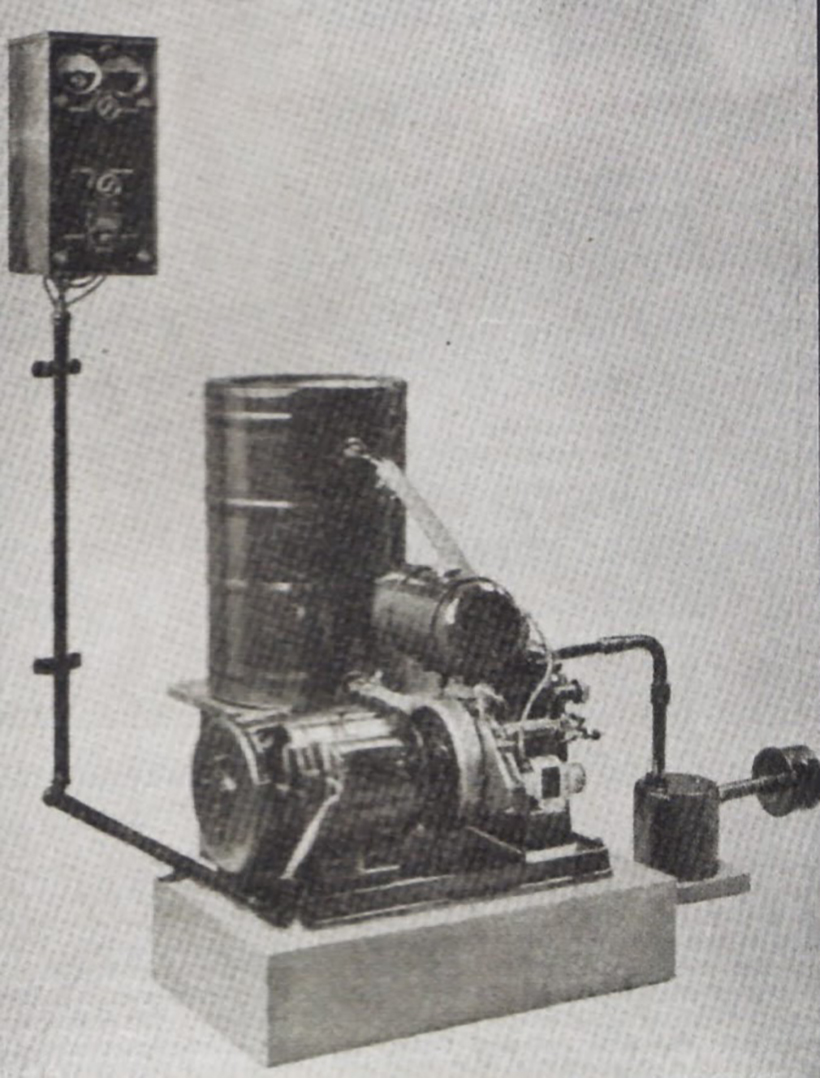 The Lister two-stroke engine was intended to power a generator set for home lighting.

Currently I’m aware of five – possibly six – examples; the sixth might be one that has been restored. None are attached to original generators, but one example has a small, cast base for the engine only. I have heard of another, but haven’t included it as I’ve not seen any photographs to prove that its existence is anything more than hearsay. 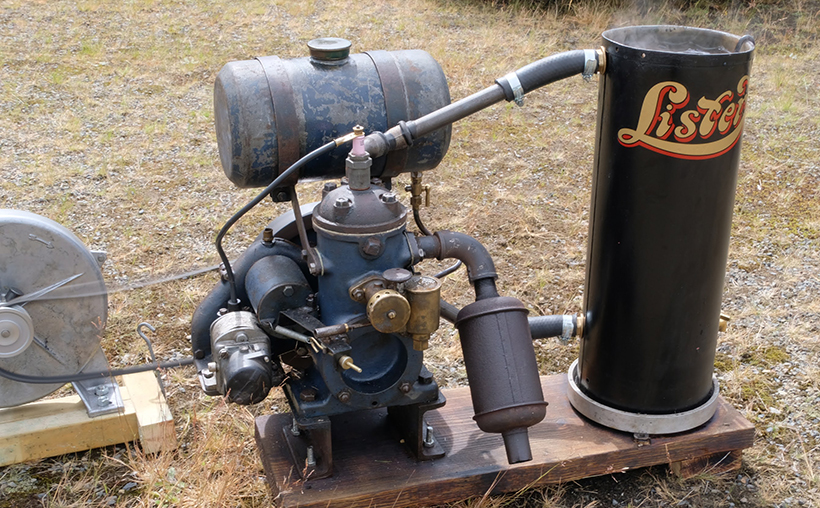 My example seems to be sporting its original paint, and is complete apart from the throttle control rod – my fabricated (read ‘bodged’!) one is holding up well enough. It runs nicely and I’m very pleased to have it in my now-reduced collection.

There was one engine that appeared on eBay some years ago; I did make a bid but wasn’t successful. Phillip Sheppard also recalls seeing something that looked like a full Lister set at a scrapyard but, sadly, it had vanished by the time he returned.

My example seems to be sporting its original paint, and is complete apart from the throttle control rod; my fabricated (read ‘bodged’!) one is holding up well enough. It runs nicely and I’m very pleased to have it in my now-reduced collection. 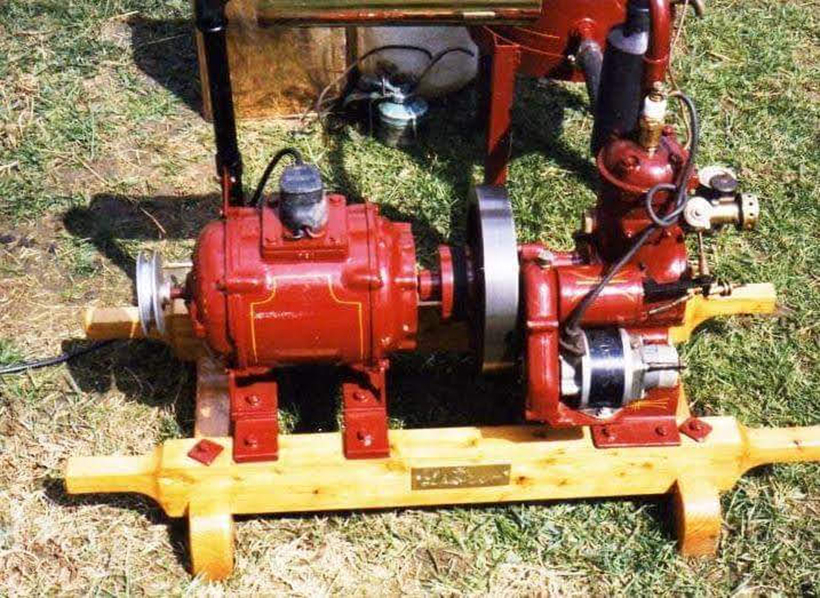 This example was featured in David Edgington’s Engine Torque No 181, published in the July 2009 issue of Stationary Engine.

Other than mine, the first engine that aroused my awareness of the existence of these machines was the example featured in David Edgington’s Engine Torque No 181, that was published in the July 2009 issue of Stationary Engine. It looked to have been very well restored, and was mated to a CAV Dynamo. Does anyone know if this set is still about? 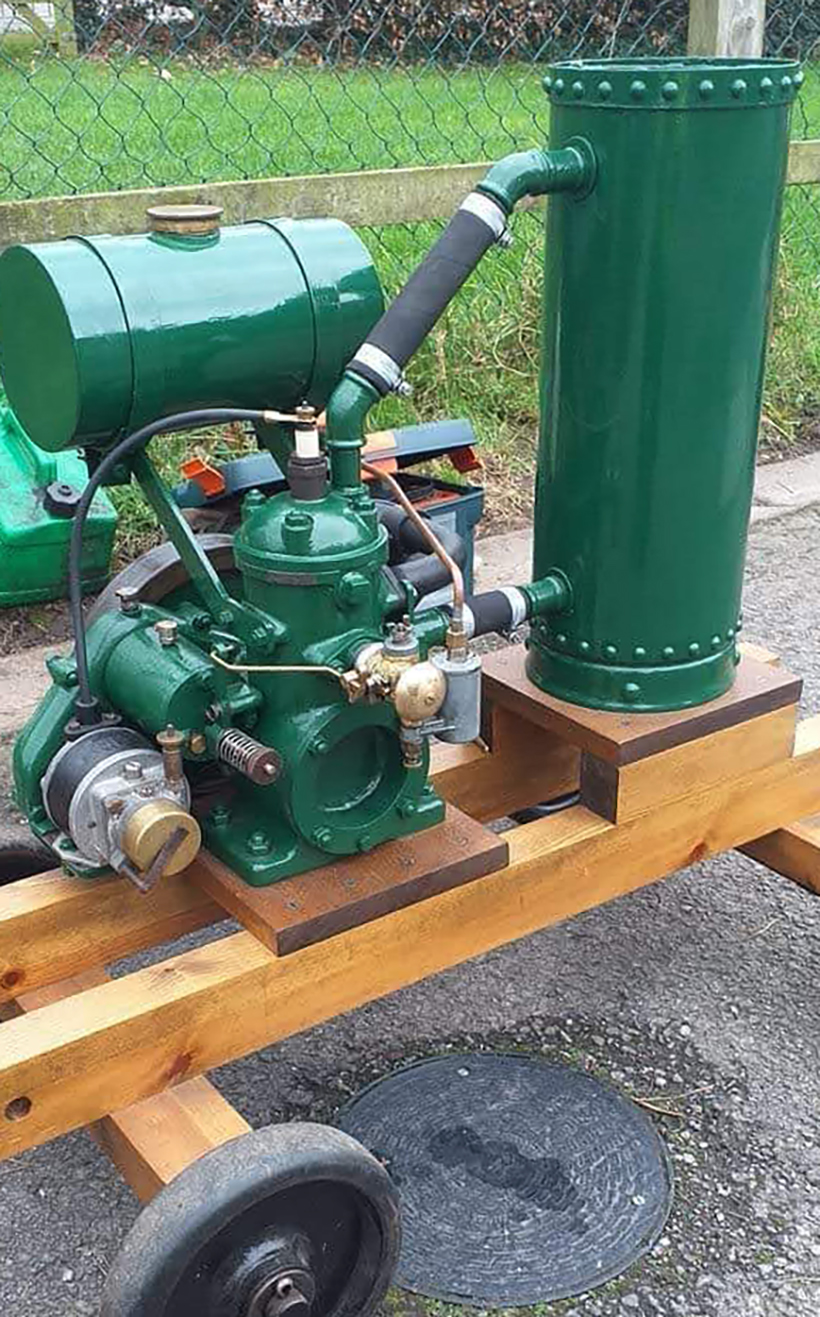 This example was photographed by Mike Milestone, and has been lovingly restored.

The green example seen here was photographed by Mike Milestone. This engine has been through a lovely restoration job, and the work to adapt a non-original carburettor has been done very well. I’ve seen a video of it on YouTube and, like mine, it runs beautifully. I wonder if the unrestored one is the same as the previous engine I talked about? It’s also missing the original carburettor, and the governor housing has had some modification. Therefore, I’m unclear about whether there are five or maybe six of the engines out there in the wild. If it’s the same engine, then the restoration job was fantastic. 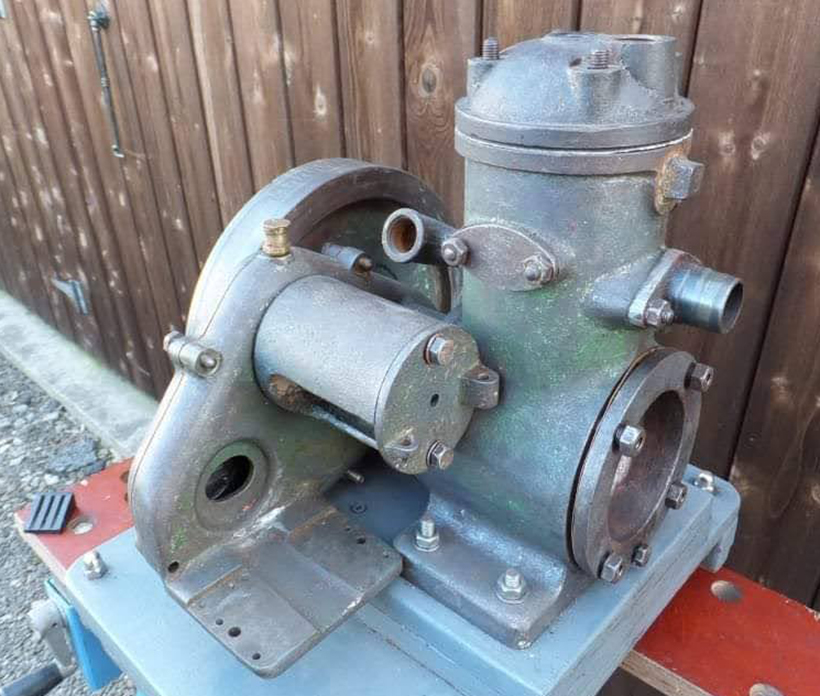 This engine appeared on Facebook in the past year; it was being sold as a Stuart. It’s a common problem if you own one of these engines… even with the big ‘Lister’ logo on my engine, I still get asked if it’s a Stuart!

Two more examples have appeared on Facebook in the past year. The first was being sold as a Stuart. A common problem if you own one of these… even with my big ‘Lister’ logo, I still get asked if it’s a Stuart! One of these has a rather nice, cast expansion chamber which isn’t shown in the sales adverts, so I’m not sure if it’s original. But it sure does look the part. It also has a slightly wider flywheel. It was snapped-up by Cedric Smith and is now undergoing restoration. I’ll have to ask him for the dimensions as there was also a 1hp version mentioned, although it is thought that only the 1½ hp model was produced. 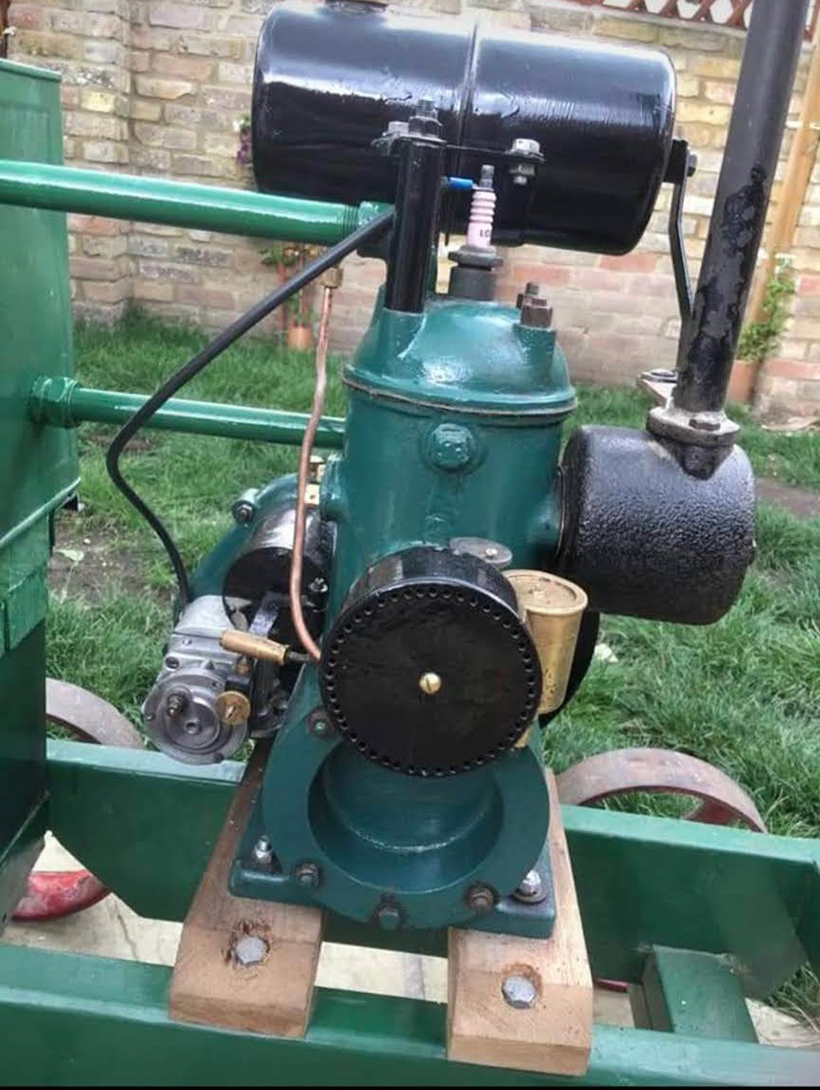 Steve Mills posted this engine on Facebook, and it’s probably the most complete/original example out there.

Steve Mills posted about his recent purchase on Facebook. This engine is slightly different, in having the flywheel vee’d out for a belt, and with an additional sub-base. It’s probably the most complete/original example out there, with its proper petrol tank and all.

So far these are the only engines I’m aware of; are there any more out there or any more information on them? Though not too many, please… 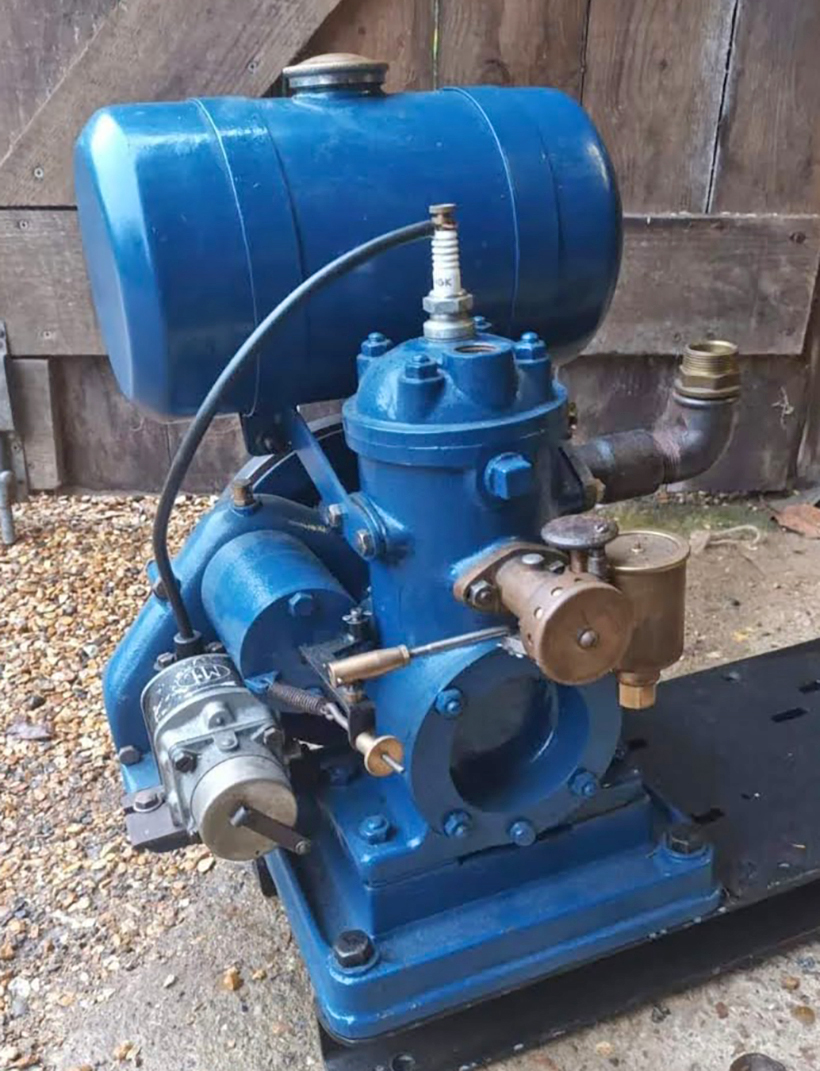 So far these are the only engines that I’m aware of, but are there any more out there or, indeed, do you have any additional information about them?

This story comes from the latest edition of Stationary Engine, and you can get a brilliant, money-saving subscription to this magazine simply by clicking HERE 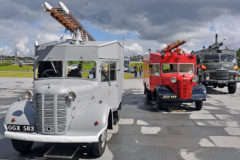