Peter Love looks back at the history and development of a classic, earth-moving heavy-hitter, the Caterpillar D8 crawler. 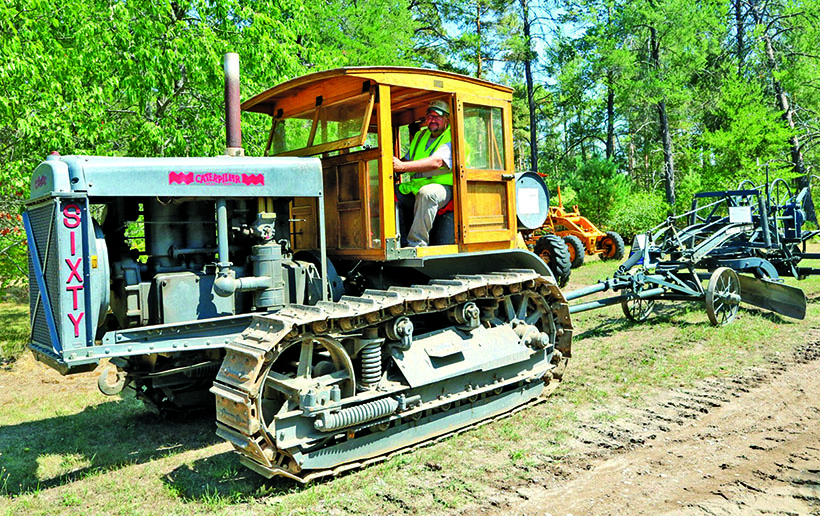 The development story of the Caterpillar D8 crawler goes right back to the 1920s. On April 15th, 1925, Holt & Best – the Caterpillar-Tracklayer track ‘kings’ – joined forces to become the Caterpillar Tractor Company. The initial range was based entirely on petrol engines; the biggest of which – the Sixty, which was a CL Best design dating from 1919 – used fuel at the rate of a gallon every few minutes! Such consumption fast became an unacceptable cost, particularly against the background of the Wall Street crash in 1929. 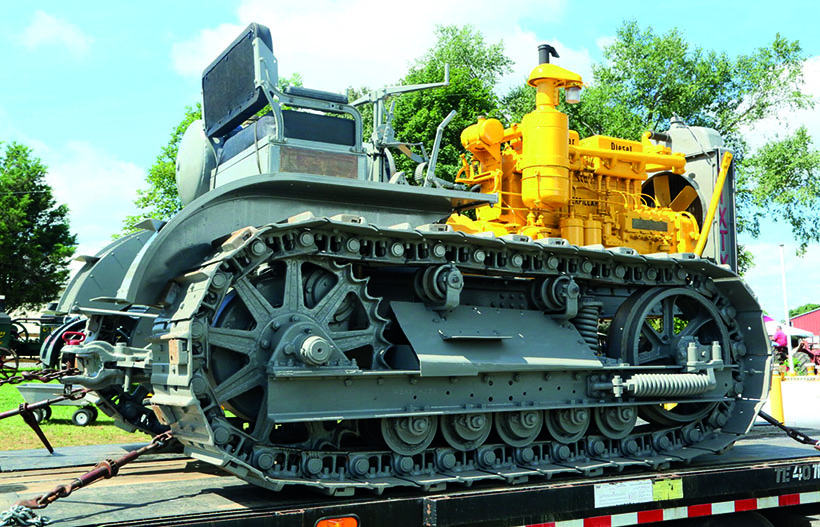 However, Caterpillar had been well aware of the need to develop a diesel engine, and had started on the foundations. Others who were experimenting early on included Atlas, which placed its marine diesel engine in a Monarch crawler. Cat bought a Benz engine, dissected it and decided it could do better and, over the following few years, developed a four-cylinder diesel engine. 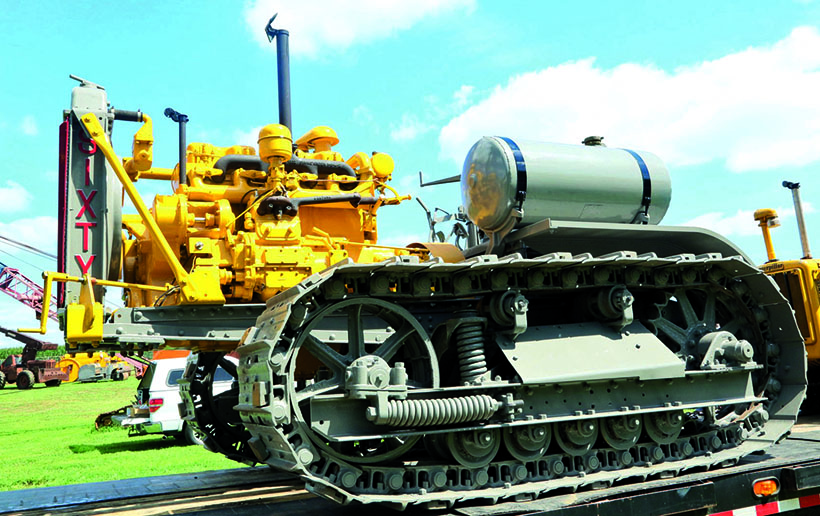 Showing what the Caterpillar Diesel Sixty looks like from the side, and how the 24hp donkey engine is positioned with the water pump in front.

The new engine – which featured Bosch fuel injection – was installed in a grey-painted Diesel Sixty crawler (No. IC2). It was built at the former CL Best plant in San Leandro, California, and first put to work on September 14th, 1931. It was found that the crawler produced much more ground torque than its petrol-powered equivalent and, importantly, was very economical, too. 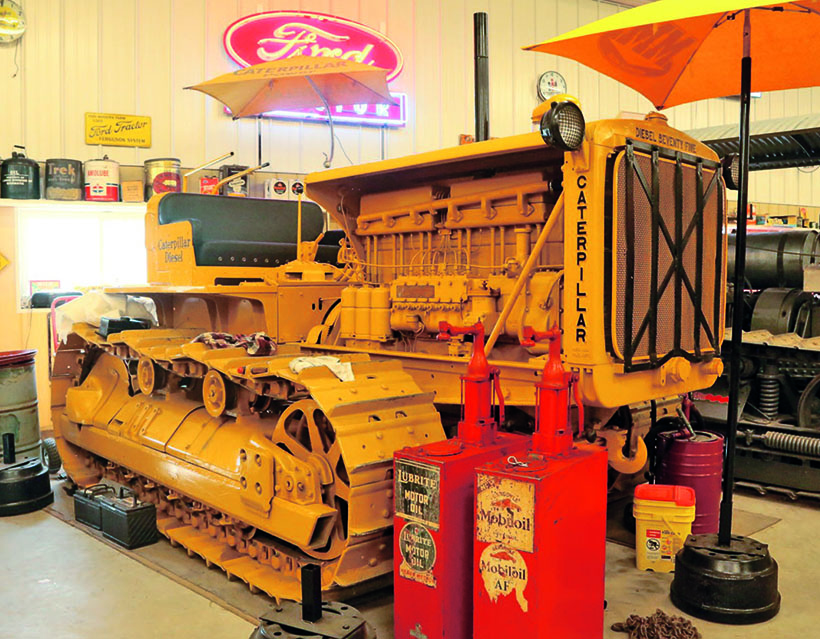 However Cat didn’t sell this example for some time, as it was needed for further development work. The first machine to be sold was No. IC3, that was fitted with the new Caterpillar D9900, four-cylinder engine, which went to the Oahu Sugar Co, in Waipahu, Hawaii, on November 7th, 1931. Then, just a month after delivery, Caterpillar adopted its sparkling, Highway Yellow, which remains to this day! 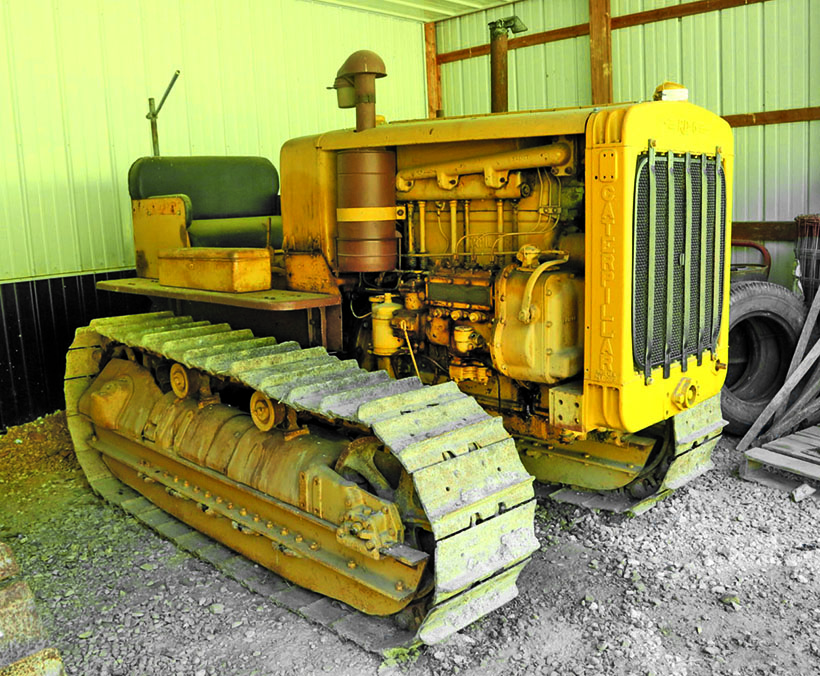 The highly successful Caterpillar RD-6 used the three-cylinder diesel engine, which was made from 1935-’37, then continued until 1941 as the D6 1H. A good number came to Europe, including the UK. (Pic: Peter Love)

The oldest Diesel Sixty to survive today is No. IC12, Old Tusko, which, back in 1932, set a 24-hour world ploughing record, for the most acres covered. But problems were experienced with inconsistent diesel fuel, and the early engines drank oil and ate piston rings at an alarming rate. It took some years for the oil companies to develop a new type of oil, commonly known as diesel detergent oil, that prevented the D9900 engine from wearing out prematurely.

Life wasn’t easy for the company early on, though, with the effects of the depression making sales of the Diesel Sixty hard to find. All-in-all, just 157 were built. Interestingly, it’s been said that, by 1935, Caterpillar had produced more diesel engines than any other manufacture in the world. 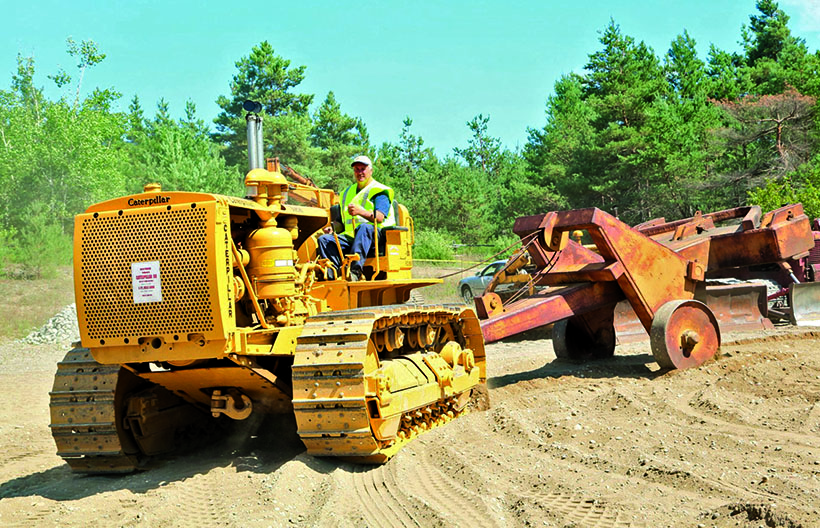 In 1933, a new, modern running unit was used with the D9900 engine, to create the Diesel Sixty’s replacement; the Sixty-Five that moved on to the Seventy. Not long after that, the new D1100 engine was introduced in six-cylinder configuration, which became the Seventy-Five, boasting 83dbhp (draw bar horse power) and nearly 100bhp (belt horse power).

The radiator stuck out noticeably in front, with the modified frame to accommodate the larger engine and, by the end of its reign in 1935, 1,078 units had been made. Interestingly, the company then had a range of three-, four- and six-cylinder engines, each with a 5.25x8in bore and stroke. The bore was increased in 1935 to 5.75in, for the very last 35 Seventy-Five 5E models, and that engine became the D1300. 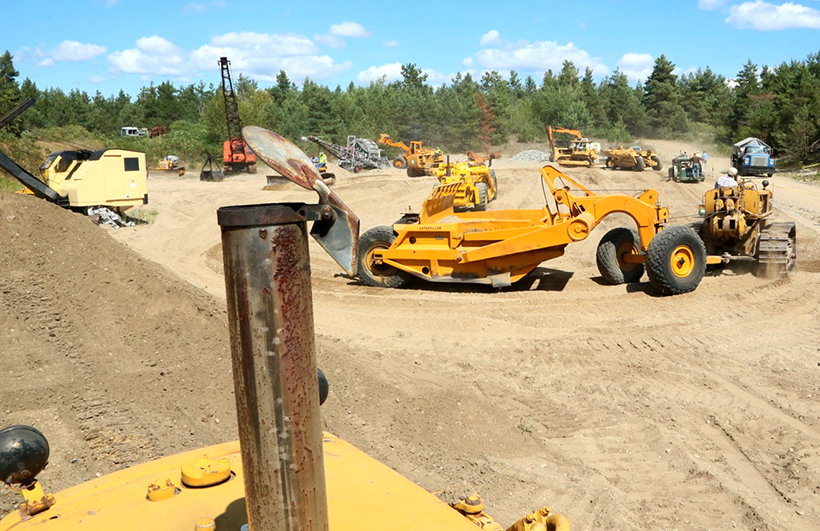 The view from a 1941 Caterpillar D8 8R, taken at one of the Simco County Museum’s excellent plant and construction group events. (Pic: Peter Love) 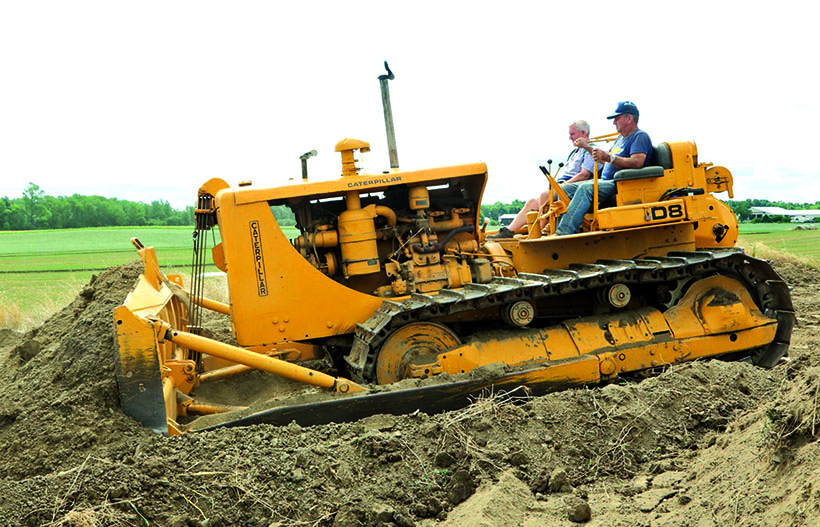 Seen at Canandaigua, in upper New York State, this is an Old Glory reader enjoying some working time in the passenger seat of the 1953 Caterpillar D8 13A, with its 8S blade. (Pic: Peter Love)

Even today, the Caterpillar D8H and K are used on ‘muck-shifting’ airfield work – a team of these machines belonging to AJ Morris, was used on the Goodwood Estate airstrip, in the centre of the motor racing circuit, in early 2017. This demonstrated that this method of lifting soil still has its uses, even in the 21st century. 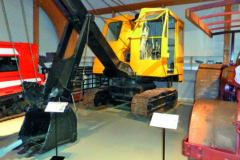 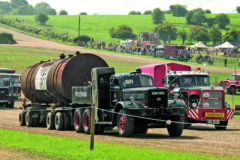