The Fiat 50C may be an uncommon tractor, but this model also has an interesting history, as Tony Hoyland reveals. 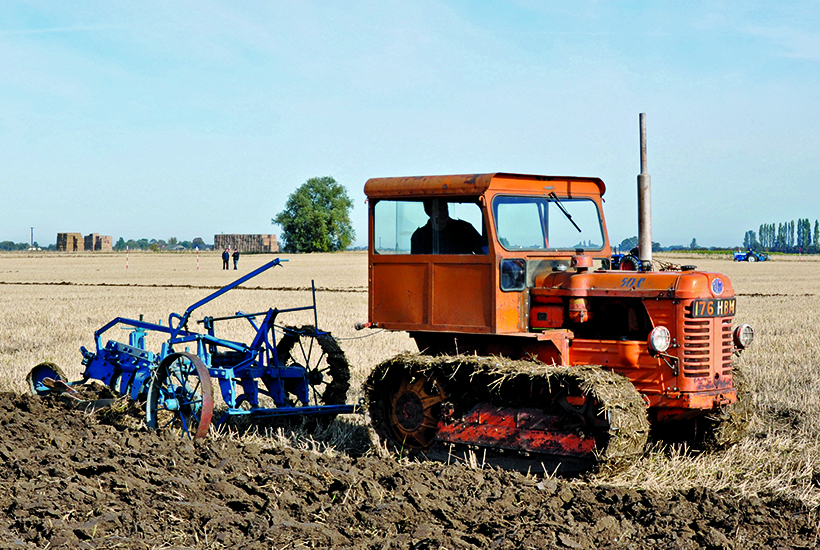 John Geelhoed’s Fiat 50C crawler at the local Lineside working event, near Boston, with John’s brother, Geoff, at the controls.

Crawlers have been a common sight around the fields of Lincolnshire for quite some time now, and their tracked configuration is ideal for the ground conditions there. But, when a not-so-common machine comes along – like this Fiat 50C crawler – it tends to stand out from the vintage crowd typically including the more usual Fergie, Fordson. International and Caterpillar models.

Secret plans
However, not only is this Fiat 50C a relative rarity on the Lincolnshire ploughing scene, but the model itself also carries some history. Its story begins at the Officina Costruzioni Industriali (OCI) factory in Modena, Italy, which Fiat established in 1928. The city had been handpicked as the ideal location from which to supply tractors, because it nestled within an extensive agricultural area dotted with plenty of farms and farmers who were ready to be tempted away from traditional horse power.

John has mostly kept the 50C in its ‘working clothes’, although he has relocated the battery from near his right knee, to its correct position beneath the cover, just forward of the cab.

By 1944, tractor and crawler production had fallen to a trickle, because of a lack of raw materials and the Germans stripping the factory’s machine tools and sending them to Germany. Faced with this scenario and a lack of work, Edmondo Tascheri, head of OCI’s technical department, began to draw up plans for a successor to the company’s 700C Boghetto crawler. In the book Fiat Tractors from 1919 to the Present, authors William Dozza and Massimo Misley describe how, aided by other employees, Edmondo went on to not only produce a full set of plans for the crawler, but also fabricate all the parts for it.

Buried treasure
The crawler was taken – in pieces – to a ploughman called Guerrino Setti, out in the countryside, where it was re-assembled. But soon after, under threat of the Nazis discovering it, the tractor was literally ‘buried’ until after the war. After the recovery of the tooling, which had only got as far as Northern Italy because of allied attacks, production of the new Model 50 began in 1946. 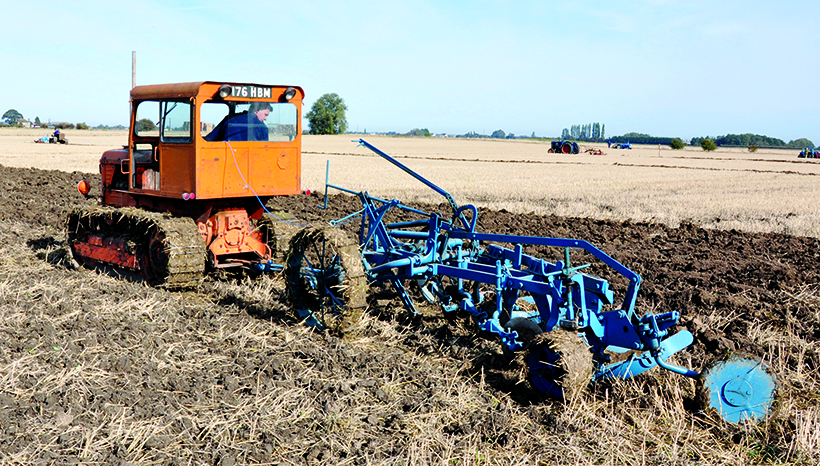 John has used the 50C with the Ransomes plough, and for rolling and seeding at working events.

It was not until 1950 that the Fiat 50 reached our shores, accompanied by a fanfare announcing that the company had re-entered the British market with its ‘powerful’ crawler range. Fiat products were already familiar to our shores, and had been imported many years before in standard tractor configuration, and shown at the Royal Show, at Derby, in 1921. The company also took part in the international tractor trials, organised by the Society of Motor Manufacturers & Traders, held at Shrawardine, near Shrewsbury, in the same year. In fact, Fiat had been in the tractor market since 1918, when the Model 702 was launched.

British market
An article in a 1950 issue of the Farm Implement Machinery Review, explained how Fiat was to introduce the Model 50 and 52 crawlers to the British market. It was state that: ‘In an expansive plan of technical production and commercial development, some of the Italian com­pany’s most modern plants are now equipped for the mass production of the new and improved tractor models, which have been designed following long experience and a full study of the problems related to farming.’ 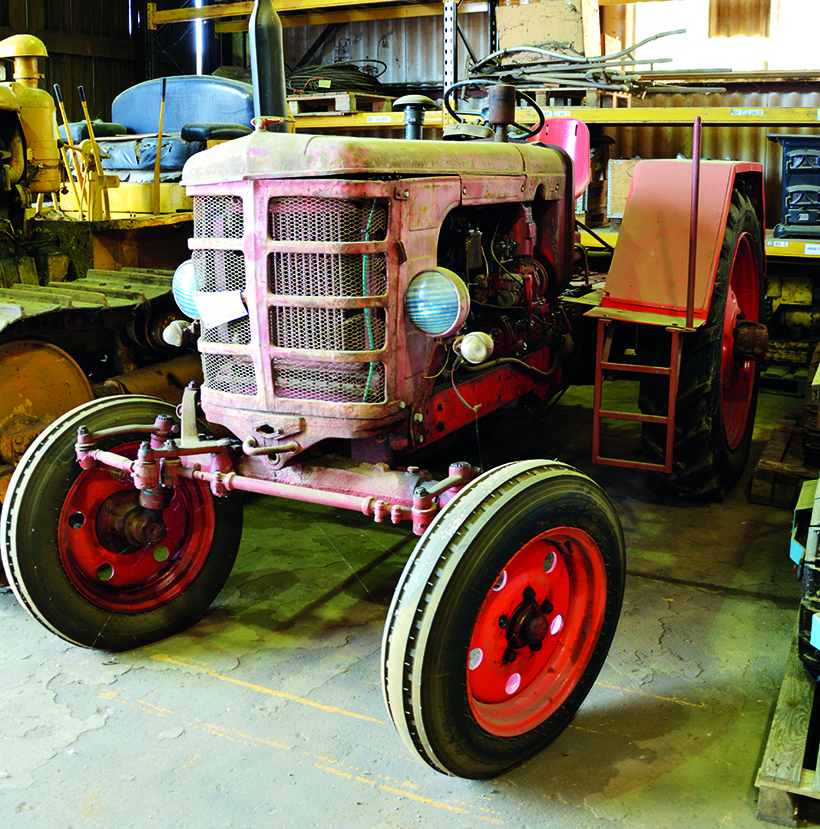 An unusual tractor in the collection is this Tieniu model from the mid-1980s. If anyone has more information on it, please let us know.

At this point in the United Kingdom, Mackay Industrial Equipment Ltd. of Feltham, Middlesex had been appointed as sole distributor for the tractors. The two diesel crawlers were basically similar in design, except that the Model 52 had a wider track gauge, and a lower gear ratio than the Model 50.

Outstanding features
Their outstanding features were described as ‘their low running costs (resulting from the use of a diesel engine with high thermal efficiency and, consequently, a low specific fuel consumption) in conjunction with crawler track adhesion that ensures a high power output at the drawbar. In these Fiat machines, as much as 75% of the power developed by the engine is available at the drawbar, the actual figures showing 38hp at the drawbar and 45hp at the belt.’ 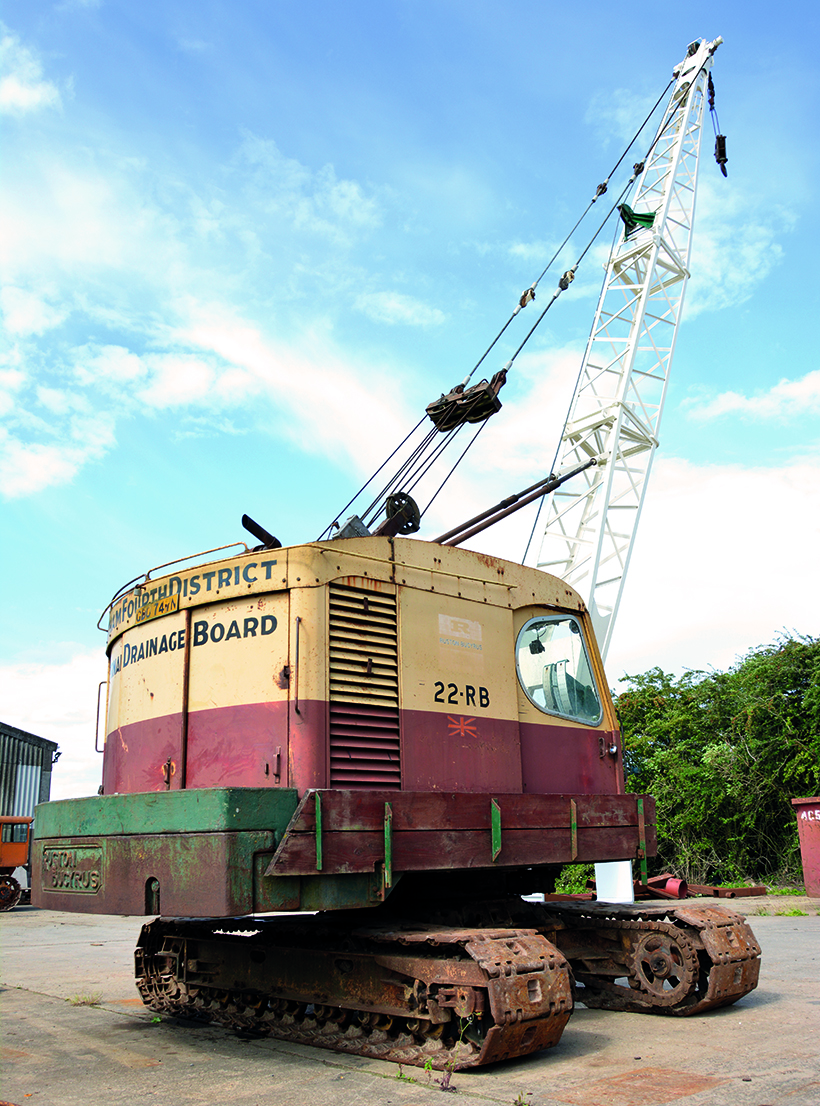 The 1974 Ruston 22RB crane was sold new to Witham Fourth Internal Drainage Board. It spent all of its working life with the IDB, plying its trade north of Boston.

The engine in the 50 and 52 was a four-stroke diesel with direct double-turbulence injection, giving a maximum of 50hp and a governed rate, at full load, of 1,400rpm. The engine was started by a small, 10hp horizontally-opposed, twin-cylinder petrol engine, which was ‘easily started by pulling on a cord wrapped around its flywheel. Transmission from the engine to tracks is directly and compactly arranged, with all moving parts housed in a single cast-iron casing forming the mainframe of the tractor, the one-piece structure of this casing ensuring correct alignment and the proper engagement of clutches and gears.’

Durable design
From the earliest days of the company’s tractor production, Fiat engineers had admired the unitary construction of the Fordson, so had adopted a similar approach when designing their own machines, thus building-in sturdiness and durability. 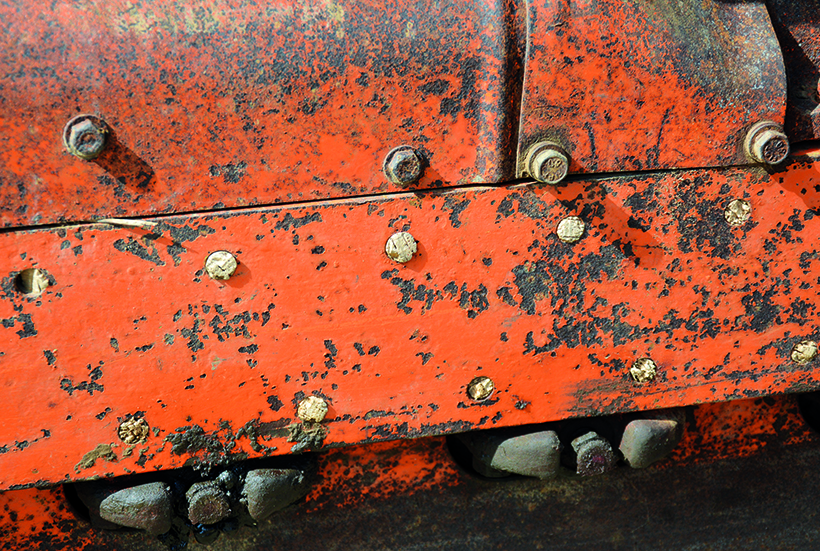 The cork plugs are still in place to protect the threaded holes in the trackframes, and would have been used to mount toolbars/frames.

Mackay Industrial Equipment Ltd. stressed that it could support the tractors with its own service facilities. The company had considerable experience with crawler tractors, notably Allis-Chalmers equipment. It was also in the process of establishing a country-wide dealer network, as well as arranging a working demonstration, possibly in Lincolnshire. At the time of the UK launch in 1950, the Model 50 was priced at £1,900, plus £300 duty. 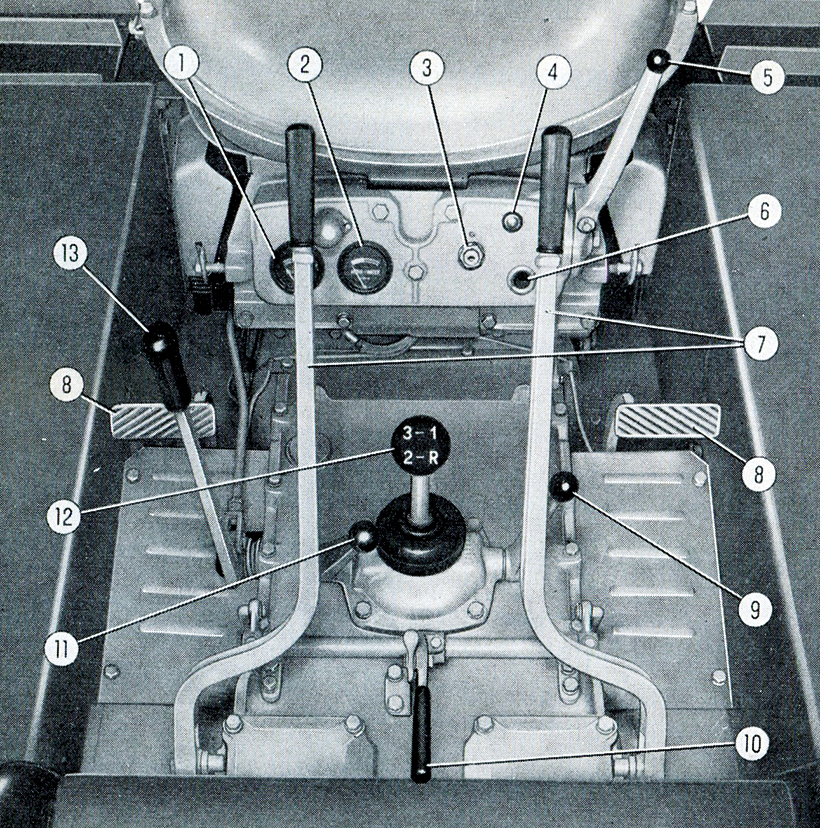 Owner’s story
The Fiat 50C featured in this article is a later model, from 1962, and features many specification changes from those early days. John Geelhoed is the tractor’s second owner, and explained how it now came to live in Lincolnshire. He said: “My dad was on the lookout for a Caterpillar D7, and I went with him to view one at Oakfields in Royston, back in 2018. We were having a look around to see what else was there when I came across the 50C. So, we ended up doing a deal for both tractors.”

However, when John unloaded the 50C using the Cat D7 to pull it off the trailer, he noticed water streaming out of the radiator. After he explained the problem to the dealer, he ended up with a second 50C, which was only fit for a donor tractor, that was given free. 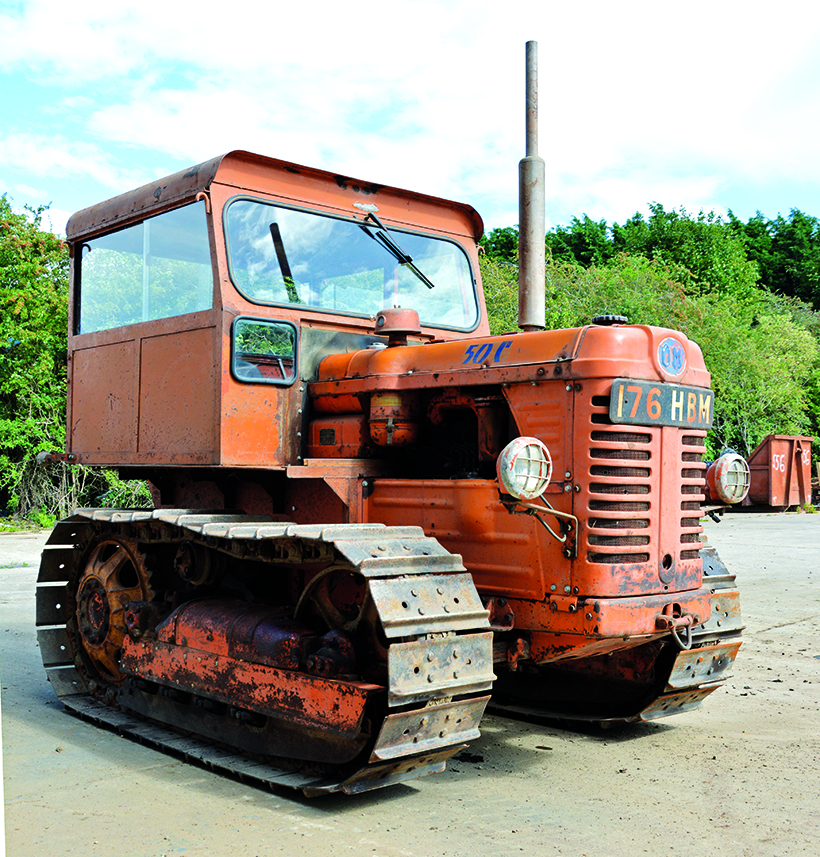 Officine Meccaniche became a commercial vehicle and train part manufacturer after the Fiat takeover, and built the engine for the 50, taking advantage of its connections with the Swiss firm, Saurer.

John has the original invoice for the working 50C from when it was sold new, to a Mr R Bath of Biggleswade, in 1962 (serial no. 67923). It was described as a Fiat OM 50C diesel crawler on 16in grouser shoes, and came with electric lights and starter. The all-in price was £1,850. John added: “OM – Officine Meccaniche – was an Italian manufacturer of vehicles that was taken-over by Fiat in 1938, I believe. Certain tractors were badged as ‘OM’ rather than Fiat, and this carried on into the 1970s.

“Tractor Supplies Ltd supplied the cab, and it’s interesting that this company, also known as Tractor Spares Ltd, became known as ITS Trac Ltd, and went into administration earlier this year (2020). It supplied our company with track parts and assemblies!” 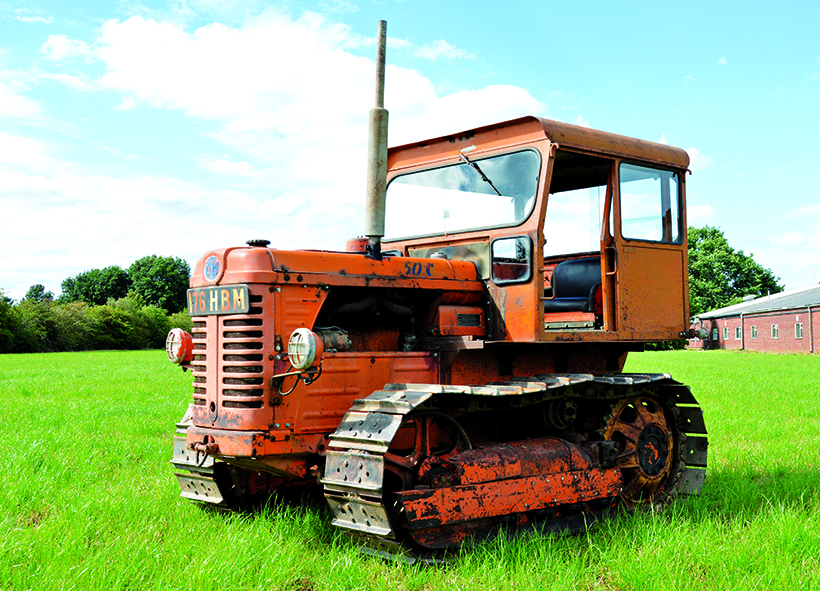 John is a director of Mastenbroek Ltd, Boston, Lincolnshire, a company well known for its amazing range of industrial and state-of-the-art trenching machinery (mastenbroek.com). John and his father, Jack, have a collection of a dozen or so vintage machines ranging from MG crawlers and Scammells, to a Ruston 22RB crane.

John bought the Ransomes MG2 crawler in the late 1990s, finding it for sale on eBay for £110, and it was the first tractor that he fully restored. As for the Fiat 50C, he’s taken it to a few rallies and local working events, but as he says: “I’ve never seen another one about.” 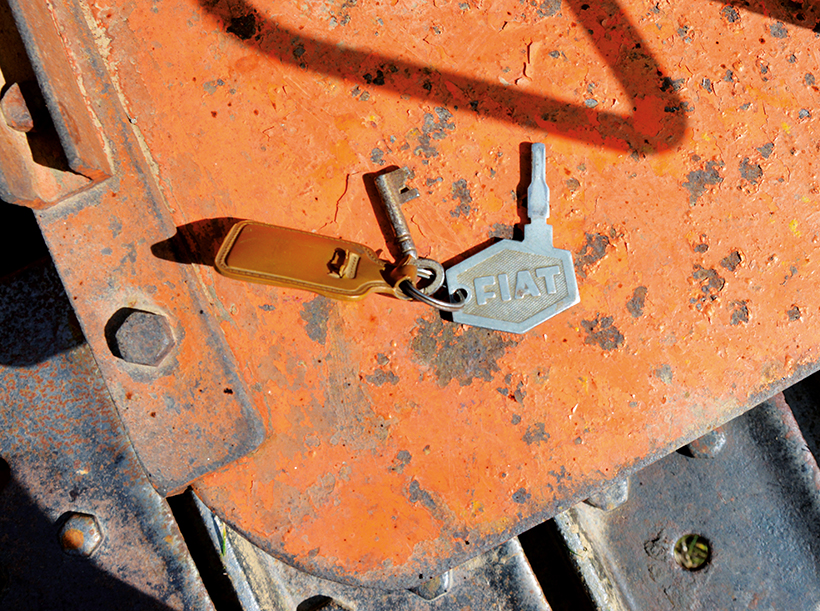 The original Fiat key is a nice touch. 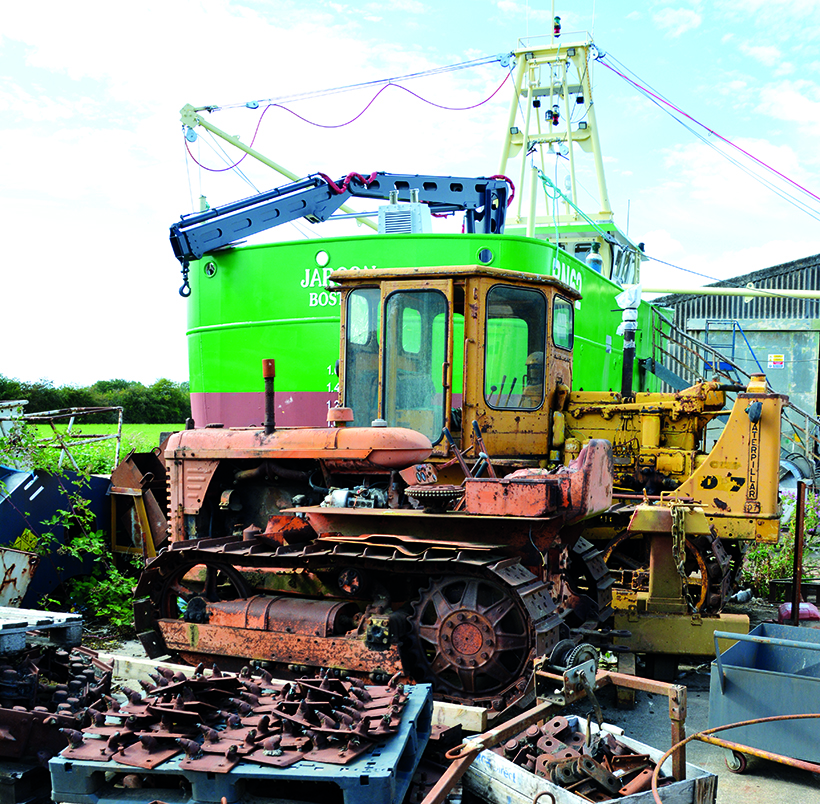 This isn’t your standard engineering yard, including a spares pile, 50C donor tractor, Caterpillar D7 and a trawler! 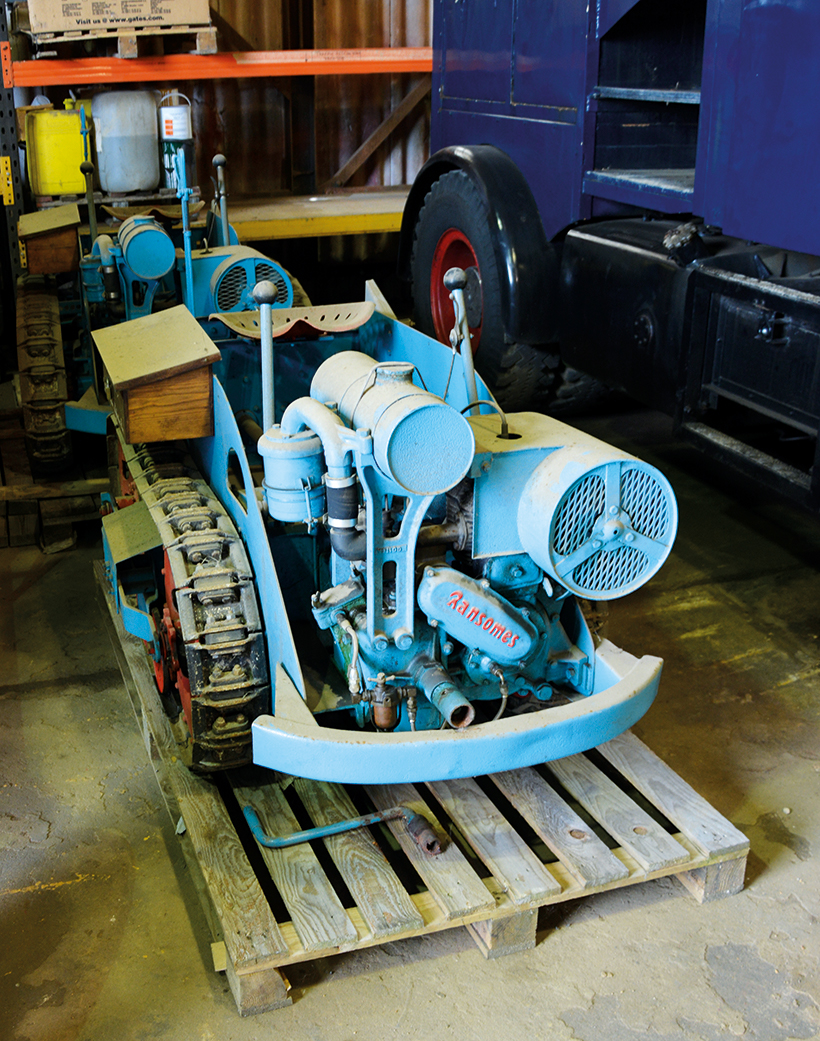 The tractor that started it all back in the late 1990s, the Ransomes MG 2. 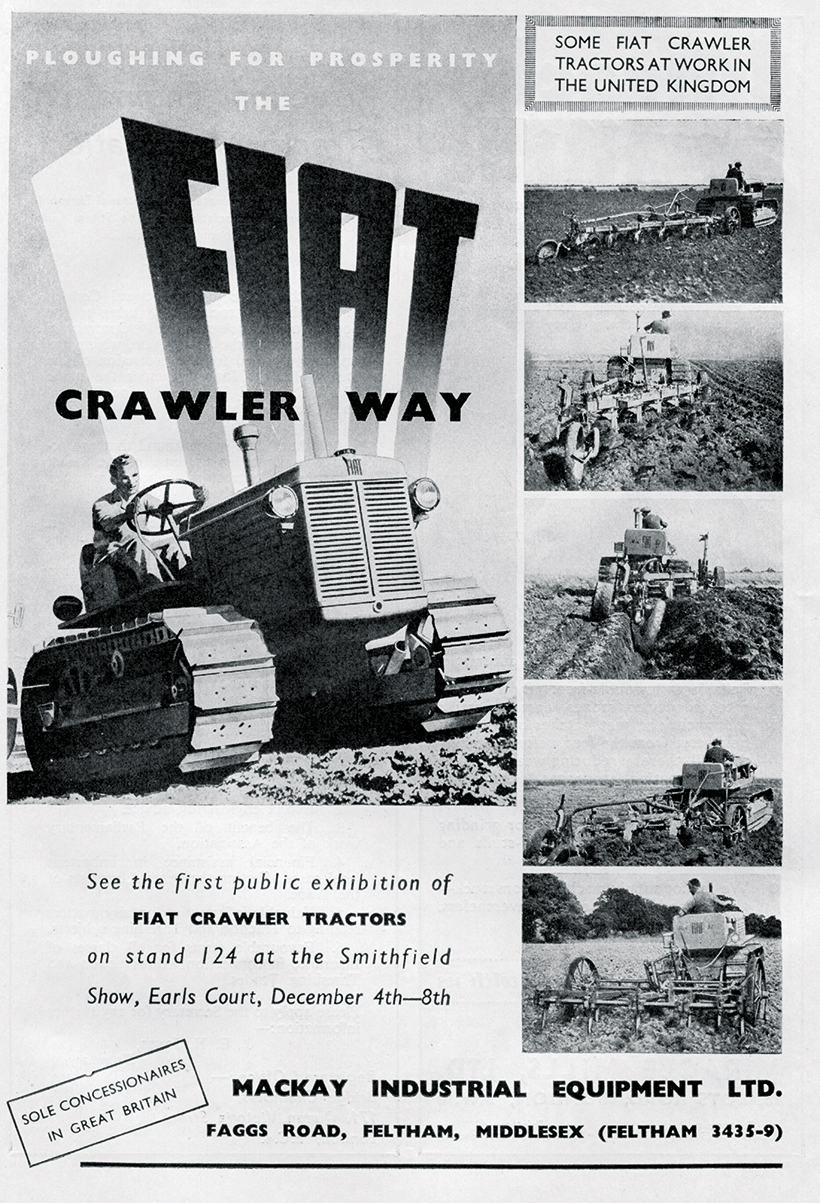 Mackay industrial promoting the relaunch of Fiat tractors back to Britain, in 1950. 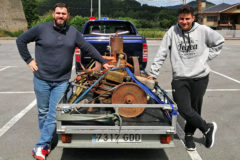 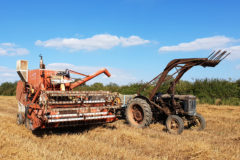