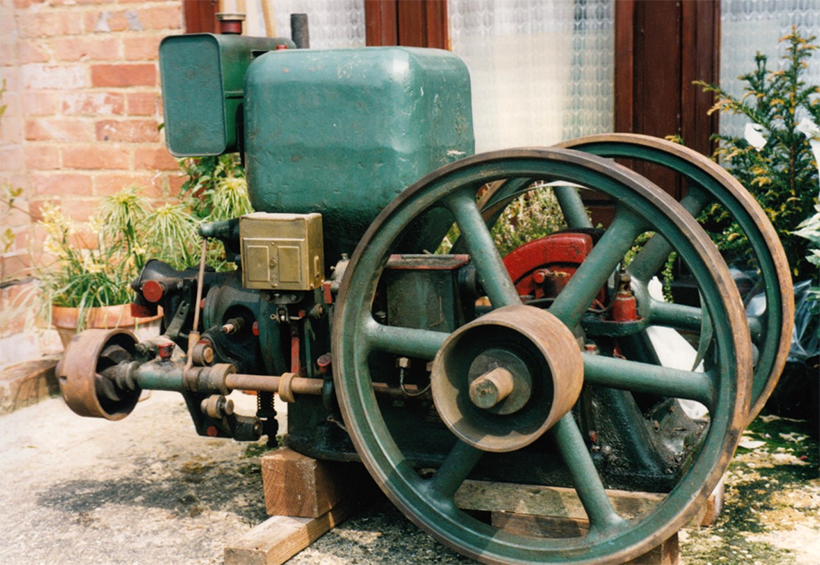 The Ruston Hornsby 4AP as purchased in ‘interesting’ livery. The mechanical lubricator is visible between the flywheel spokes, to the right of the Wico EK magneto.

They’re like London buses – you don’t see one for ages, then two come along together; I allude to Ruston & Hornsby AP engines fitted with mechanical lubricators.

In a recent article in Stationary Engine magazine on larger AP engines, the editor noted the mechanical lubricator fitted to a 10hp engine featured. However, he can be forgiven for missing the mechanical lubricator fitted to the 4hp AP engine shown in Alan and Lynne Cullen’s report on the Paddock Wood Gathering, as the item in question isn’t easily seen. But I know the latter engine, having owned it for a few years. 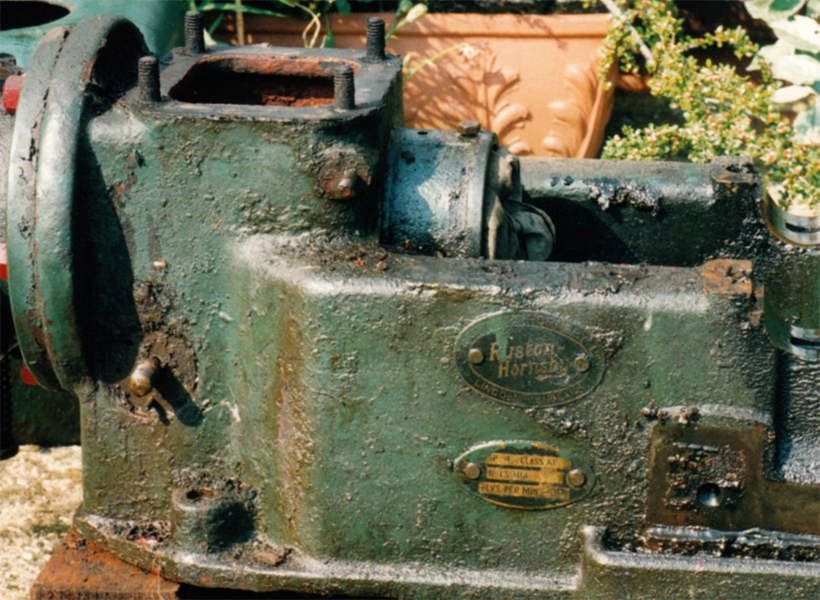 The dismantled engine bed showing the cast boss and stud for mounting the mechanical lubricator on the side of the water jacket.

It is serial number 139113 of 1930 vintage, and is still mounted on the trolley that I fabricated for it. Unfortunately, the engine’s restoration wasn’t completed before I had to sell it (not to the current owner) in order to reduce the amount of heavy metal to be moved when we relocated from West Sussex to South Norfolk. Now I’m delighted to see that it’s back to working condition, and giving its new owner the pleasure of exhibiting it to the public and enthusiasts.

The provision of a mechanical lubricator of the type illustrated on AP engines, must have been an option available when purchasing a new engine, rather than an after-market upgrade, as the lubricator is mounted on a stud screwed into a boss that’s cast into the main engine bed, which isn’t present on standard AP engines. The engine bed must have been a ‘special’ or, perhaps more likely, one intended for an IP or OK engine, both of which had mechanical lubricators included in their standard specification. 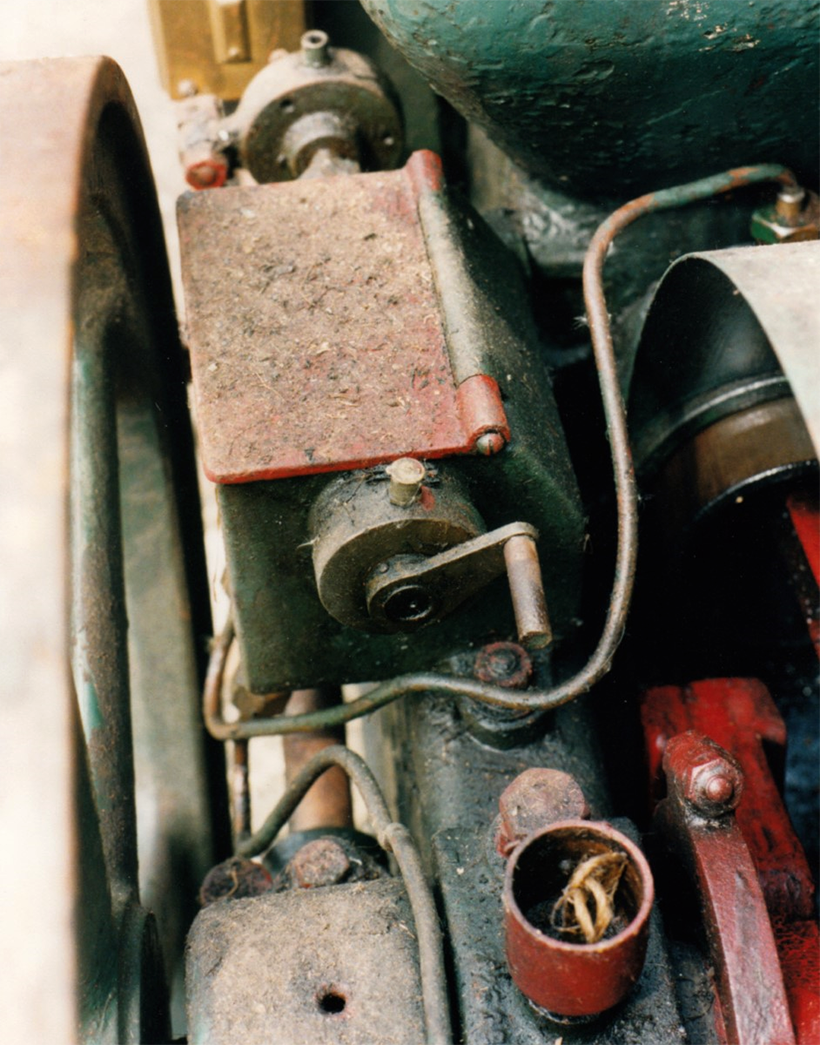 The lubricator has two pumps; one feeding the cylinder and one feeding the big end via a centrifugal oiler ring. The lubricator is actuated by a rod given a reciprocating motion by an eccentric on the cam shaft. A crank is provided on the right-hand side of the oil reservoir to prime the two pumps. Apart from number 139113, the 10hp engine illustrated in your article is the only other lubricator-fitted AP that I have seen.

When number 139113 came into my ownership, the components served by the mechanical lubricator were in good condition, but the solid, white metal main bearings had been allowed to run dry and had overheated, wiping the softened bearing surface into the oil grooves. The mains had been lubricated by wick oilers, the wicks being bits of coarse sisal string rather than worsted wool which would have done a much better job if the oil wells were kept topped up. 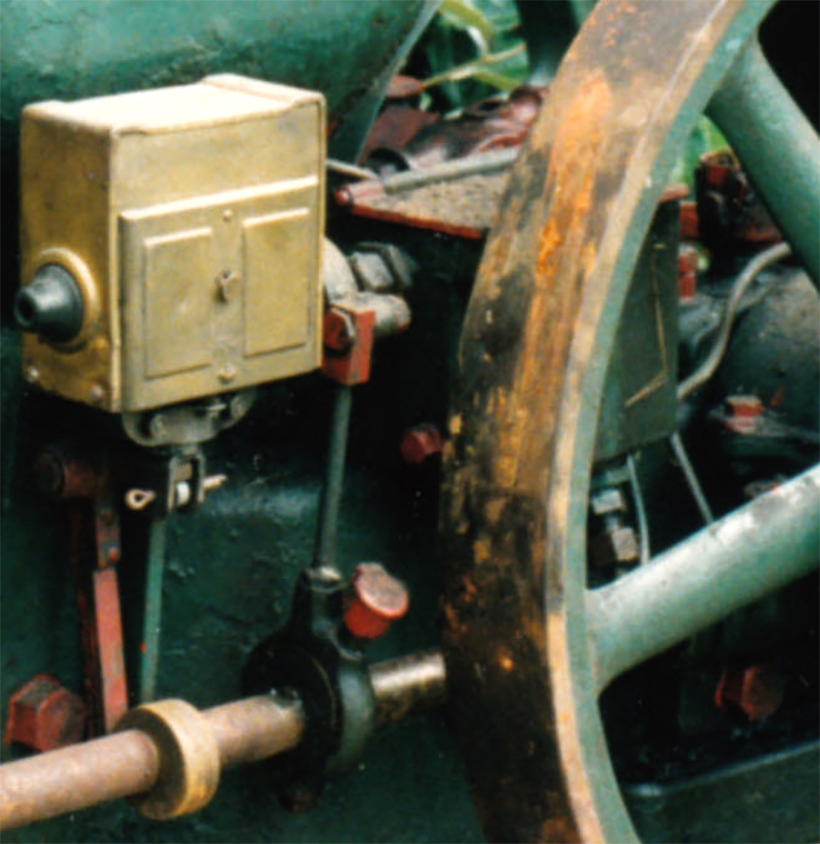 I decided the damaged main bearings had to be replaced, and experimented with gravity-casting a tin-based white-metal bearing alloy using the original bearings as patterns; however, shrinkage of the bearing alloy on cooling left the resultant castings undersized and a sloppy fit in the housings in the engine bed. The originals were die-cast using a lead-based alloy, and the molten metal was injected into the mould and kept under pressure until the item had solidified assuring good conformity to the pattern, which cannot be achieved by gravity-casting.

I got away with gravity-casting the main bearing bushes that I made for my Wolseley WD2, because I could make a simple ‘top hat’ pattern with allowance for shrinkage, then machined the castings all over; much more difficult to do with the split bearings found on the Ruston. In the end, I settled for making new bearings from hollow cast SAE 660, leaded-bronze which will hopefully serve well if adequately lubricated. I think the IP mains are ring-oiled bronze, so the repair isn’t too far from authenticity. 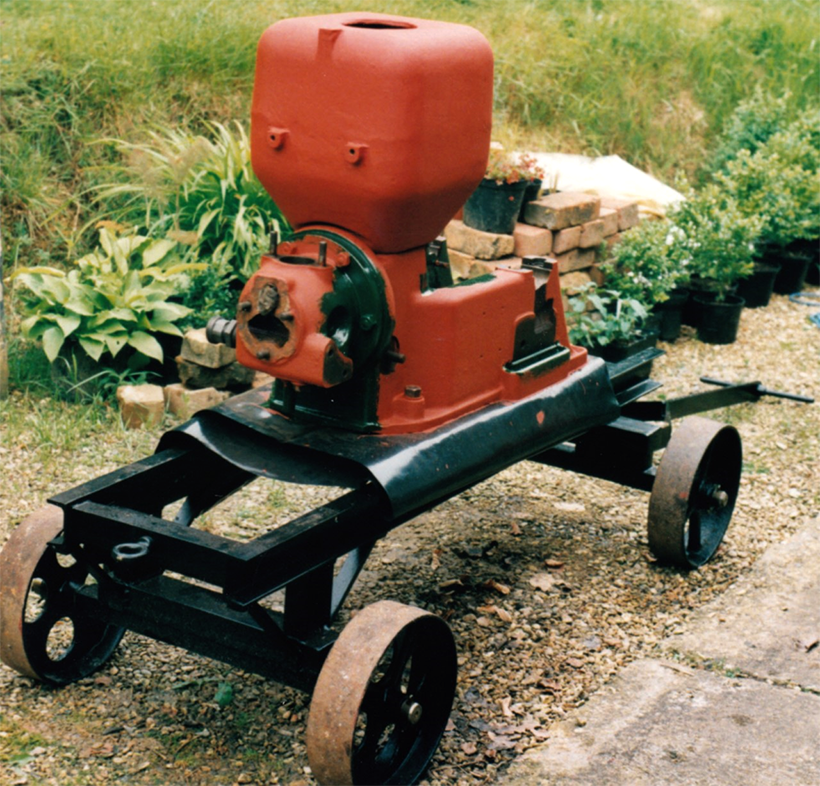 The part-restored engine on its new steel trolley.

The trolley was my experiment at providing a three-point suspension to give better stability on uneven ground. The front axle is pivoted, as seen on some traction engines, and can rock independently of the rear axle, which I hope works as intended as I never had chance to test it properly while I had the engine. 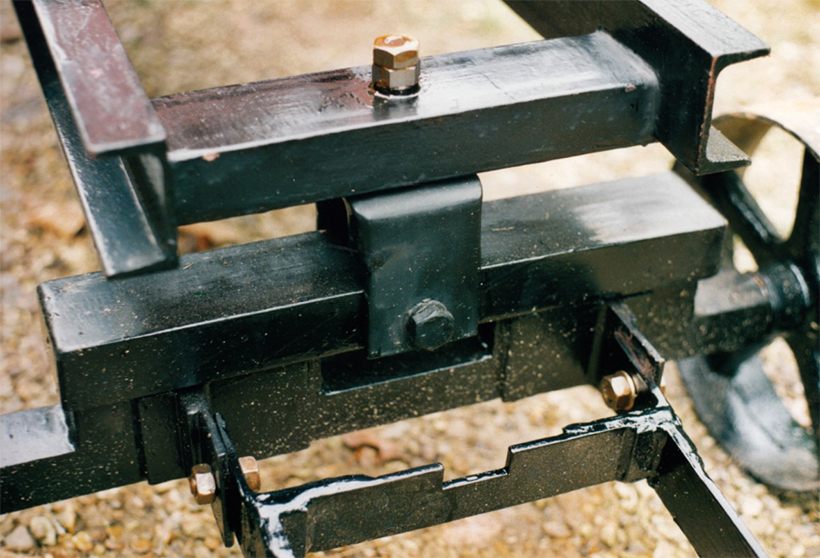 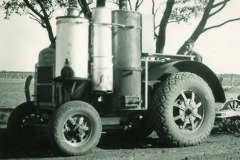 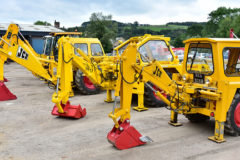