Restoration latest on the 1939 Coronation tram that last ran in Glasgow in 1962; it could be ready for the Queen’s Jubilee celebrations. 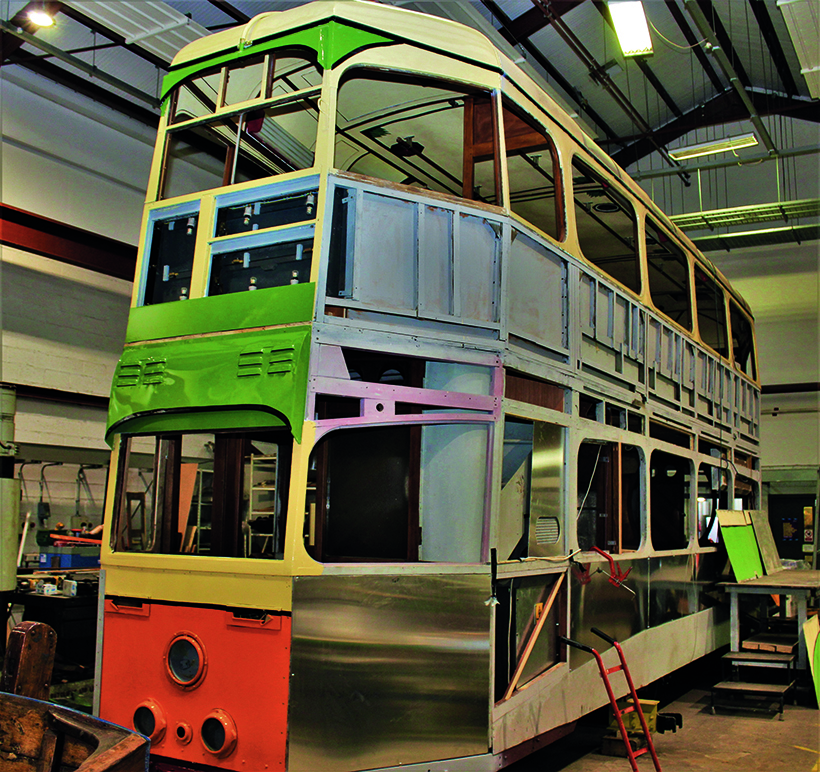 Moving towards full restoration, Coronation 1245 in the workshops at Summerlee. (Pic: Hugh Dougherty)

A Glasgow Coronation tram may be fully restored in time to mark the 60th anniversary of the city’s last tram on 4th September 1962, thanks to volunteers at Summerlee Industrial Museum, home to Scotland’s only working heritage tramway.

They’ve been restoring 1245, built by Glasgow Corporation Transport at its Coplawhill works in 1939, since 2011, and the stage had been reached of basically reassembling the tram from a kit of restored and renewed parts, thanks to financial and museum workshop support from North Lanarkshire Council. 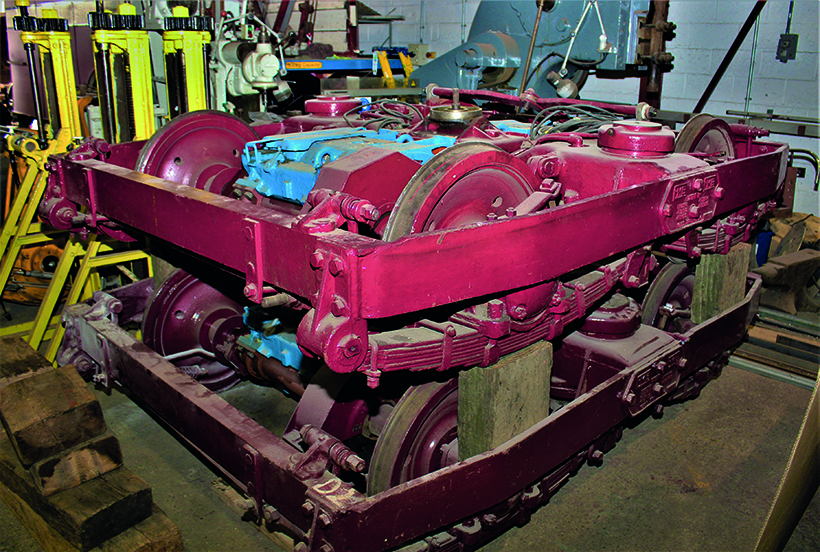 Ready for the road; the car’s EMB lightweight bogies and motors are fully restored and tested. (Pic: Hugh Dougherty)

Glasgow’s Last Tram Group volunteer leader Charlie McAloon said: “We’ve rebuilt the tram from the bottom up. The bogies and motors are fully restored and tested and we’ve rewired the tram, fitted, low-voltage, LED lighting. improved dash panel safety and are ready to fit the seats and finish the internal woodwork, as well as the outer aluminium panels.”

Most impressively of all, the group has replaced the original 83-year-old life-expired electro-pneumatic contactor system with an updated version, replacing contactors with a solid state system operating at 24-volts and linked to the original controllers. The group has also as well as designed, built and installed an up-to-date rheostat, with all the modern electrical equipment being housed in its original cabinets on the tram. 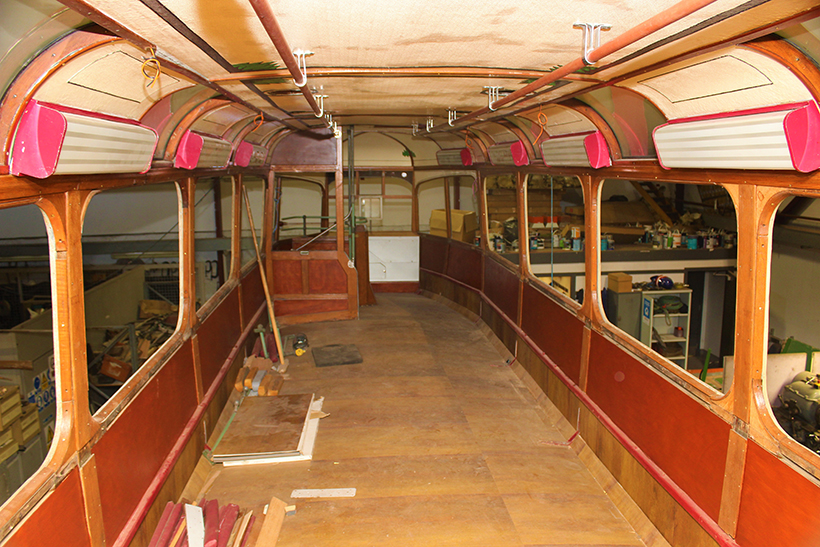 No seats on top – yet! The top deck is awaiting the original fully-restored seats to be refitted. (Pic: Hugh Dougherty)

Electrical wizard Bob Davidson said: “We’ve worked from a control system used on the Snaefell Mountain Railway in the Isle of Man, and have used new German equipment to replicate the original, employing modern electrical and electronic components. Given that 1245 will run on the museum tramway, it’s unlikely that she’ll get out of series notches, but we’ve provided for full parallel as well.”

Now the rush is on to complete 1245 for September, with the tram already positioned on trolleys to be rolled out of the workshop and mounted on its bogies for test running on the museum tramway, where 1245 will rub shoulders with Glasgow single decker 1017. 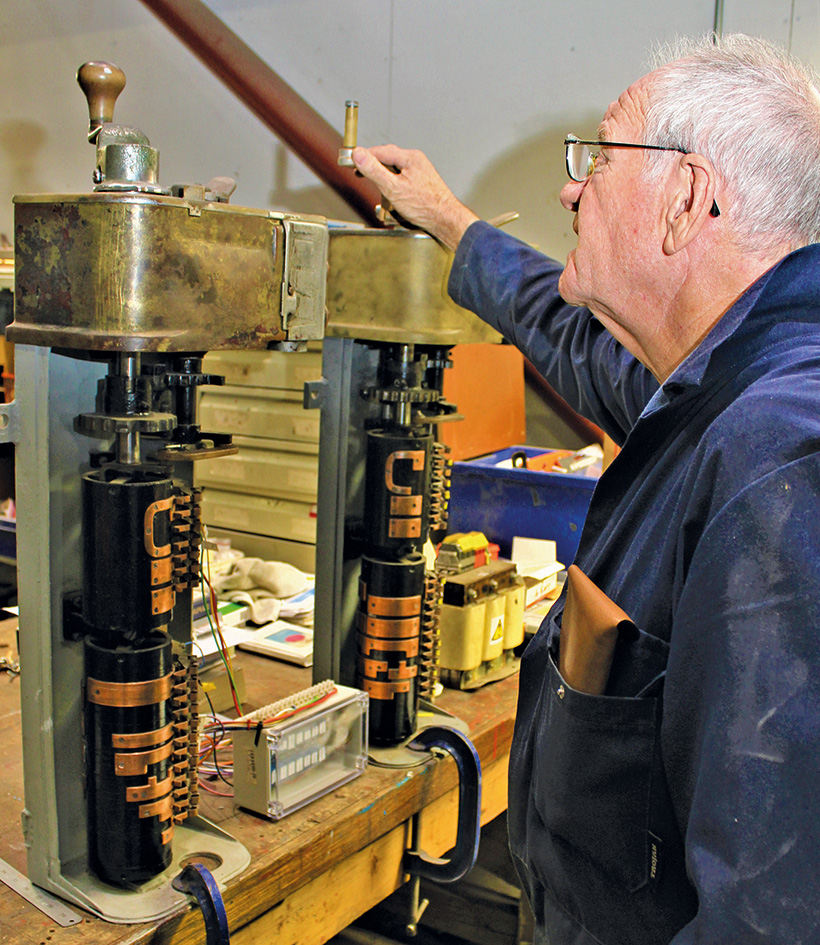 “What we’ve done is to restore the tram to the way it would have been in service in 1962 and to beef up safety for running today, “explained Charlie McAloon. “We’ve installed two CCTV cameras upstairs to allow the driver to see what’s going on there, but everything else is authentic, such as the restored light shades, the art deco mirrors and ceiling decoration. We’re even refitting the upper deck match-striking plates below the windows, but no, we won’t be allowing smoking up there!”

When 1245 gets back on the tracks, the luxury tram, one of a class of 150 taking its name from the coronation of George VI in 1937, and out into service to take crowds to the 1938 Empire Exhibition in Bellahouston Park, will be the only running Coronation out of four preserved. 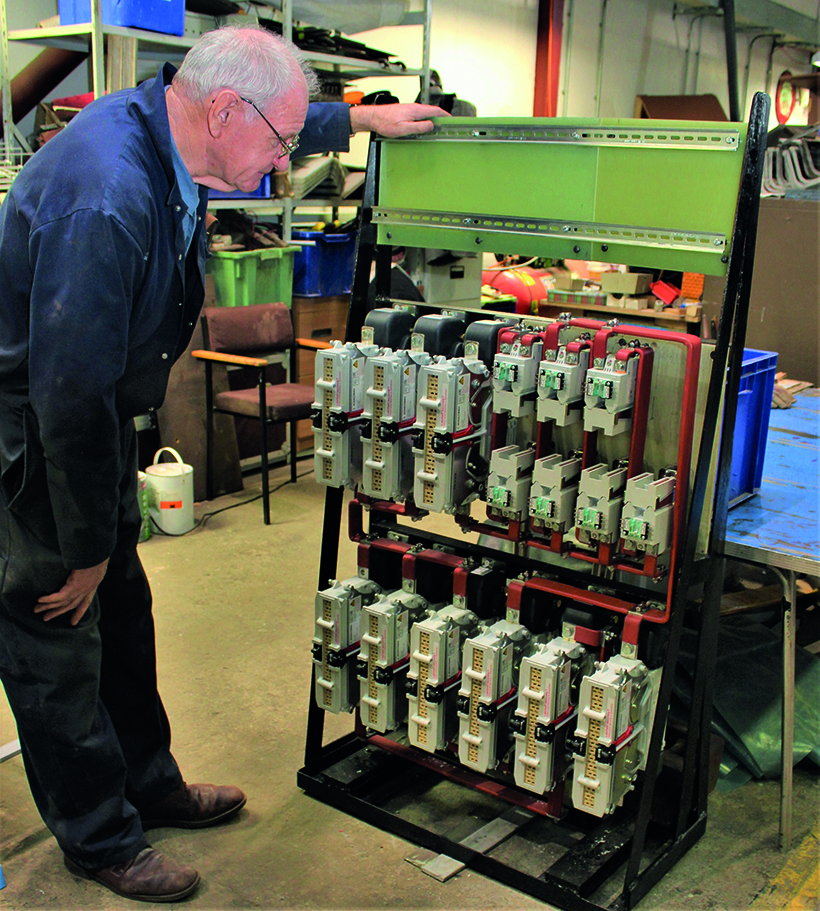 Coronation 1173 is a static exhibit in Glasgow’s Riverside Museum; 1282 is restored but not operational at Crich Tramway Village, and 1274 survives but in poor condition at the Seashore Trolley Museum in Maine, United States of America. Attempts to repatriate the car to the United Kingdom have been rebuffed by the trolley museum, despite the Coronation being stored out of public view and in non-operating condition.

“That will make our 1245 unique, as the world’s only running Glasgow Coronation! “smiled Charlie. “We’re quite sure that people will want to ride on the tram, especially as it’s the 60th anniversary of Glasgow’s last tram this year.” 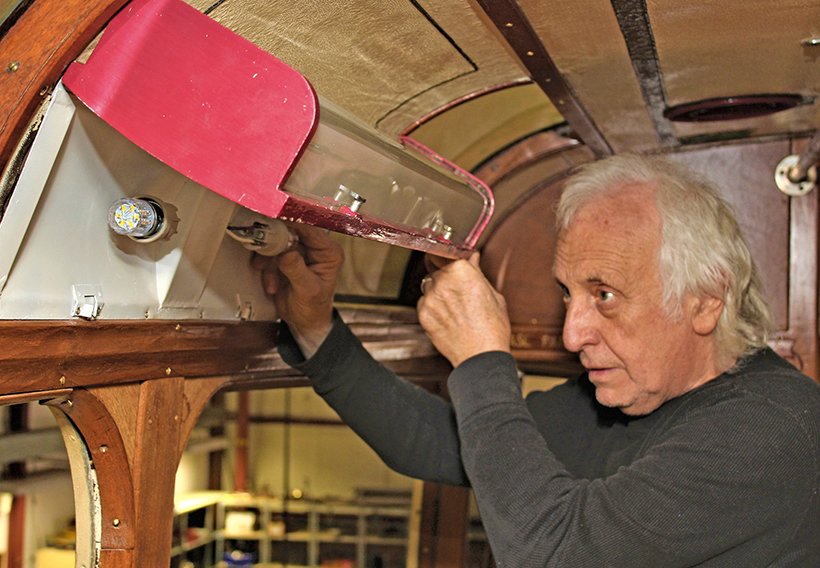 Many hands make light work: Charlie McAloon examines the LED lights that have been fitted under the original restored covers. (Pic: Hugh Dougherty)

This news item comes from the latest edition of Old Glory, and you can get a brilliant, money-saving subscription to this magazine simply by clicking HERE 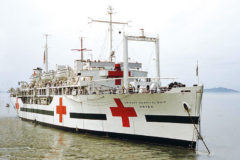 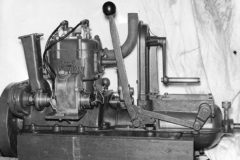