Chris Graham meets Nick Ward and his beautifully-restored, 1952 Fordson E1A Major; a tractor that doubles as a poignant reminder. 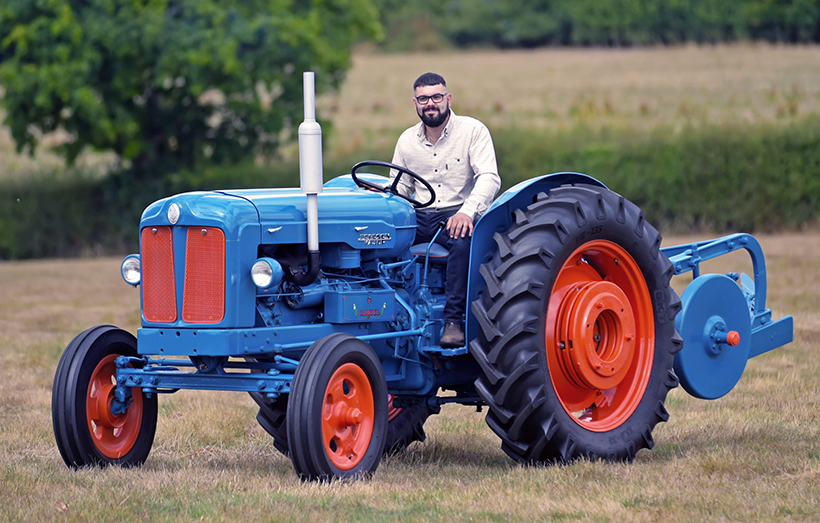 Nick Ward is understandably proud of the restoration he completed on his 1952 Fordson E1A Major. The orange radiator grilles have caused some to react, but Nick’s been told that some dealers did this to make their models more identifiable.

Nick Ward started working on commercial vehicles when he was 14, and became a professional mechanic after leaving school. He’s worked in that industry ever since but, despite having had a lifelong interest in tractors, it wasn’t until 2016 that he finally took the plunge and bought his first machine. It was a 1952 Fordson E1A Major that he spotted in a magazine classified advert, and he was attracted by the fact that it was relatively local but also because the price fitted with his budget.

At that stage, though, he didn’t have storage facilities, a workshop or any sort of plan for the tractor, apart from the fact that he knew he wanted to get involved with the old tractor scene. But one thing quickly led to another and, what began as the replacement of a few minor components, soon ballooned into a full-blown, three-and-a-half-year restoration, as Nick explained. 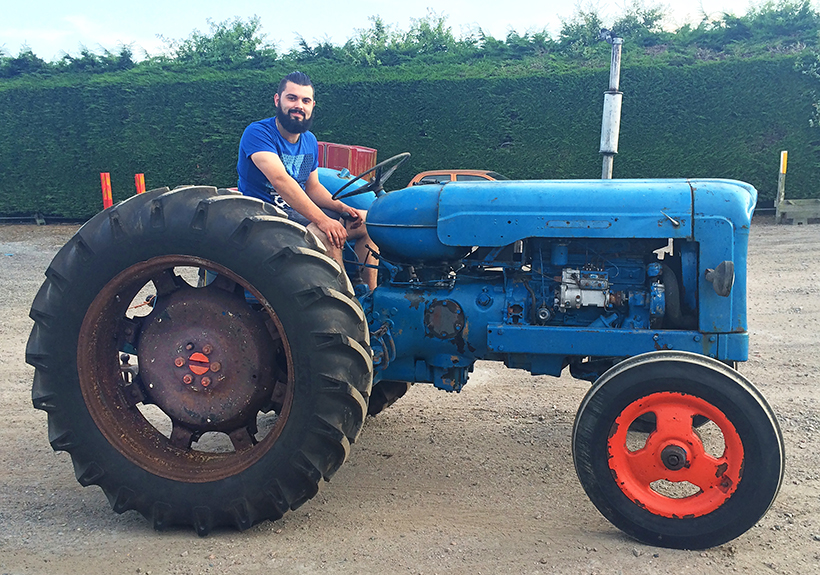 This was the condition of the Major when Nick bought it, back in 2016. Most of the original tinwork was replaced with remanufactured panels; something he says he probably wouldn’t do again.

Chance encounter
“I found the tractor by chance in a magazine classified section back in 2016, and decided I wanted to go and take a closer look. It was located in Petworth, West Sussex, and was a 1952 Fordson Major E1A, so Dad and I set off on the hour-and-a-half drive there from our home in Kent after work one lovely evening in July.

“Having discussed the idea with my partner, Susie, I left for Petworth with her wise advice about not rushing into any purchase logged in my mind. I had no first-hand experience with old tractors, had never driven one and certainly didn’t know anything buying an E1A. However, what Dad and I found appeared to be a sound example. We inspected it as carefully as we could, saw it start from cold and being driven around a field. The engine ran well, the tractor was being sold with some spares and, as an added bonus, the rear wheels were fitted with what looked to be brand new BKT tyres. Well, all that was enough for me. Without giving my partner’s advice a moment’s further though, I bought the Major there and then, just a matter of days after first having the idea of getting a classic tractor! 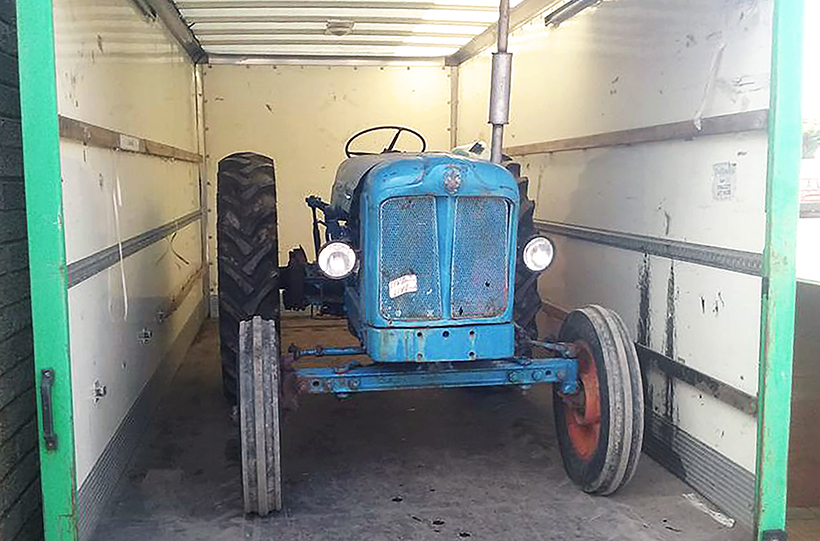 A few days after delivery and the Major settles into it new home – a 20-foot lorry body that Nick bought to create his own restoration workshop.

“The tractor was transported back to Kent a few days later and I was given permission to store it in the yard at work. I had no intention of embarking on a restoration at that stage, and simply wanted a machine that I could take to shows. But it quickly dawned on me that the Major needed work. There was lots of evidence of rudimentary, money-saving repairs having been made to it, and I soon realised that putting things right properly would require workshop facilities that I didn’t have. So I bought myself a 20-foot lorry body and set up my own workshop inside that, which is where the restoration took place.”

Down to business
“I discovered that the tractor had been fitted with a replacement engine – from a 1964 Super Major – and, soon after that, decided to set about a full, nut-and-bolt restoration. I began with the engine, installing new valves, a water pump and a full gasket set. I carefully inspected all the other internals, and decided to replace the oil pump while I was in there. Then, after giving the engine a full refresh, I continued towards the back, by stripping the gearbox and replacing the bearings as I went. 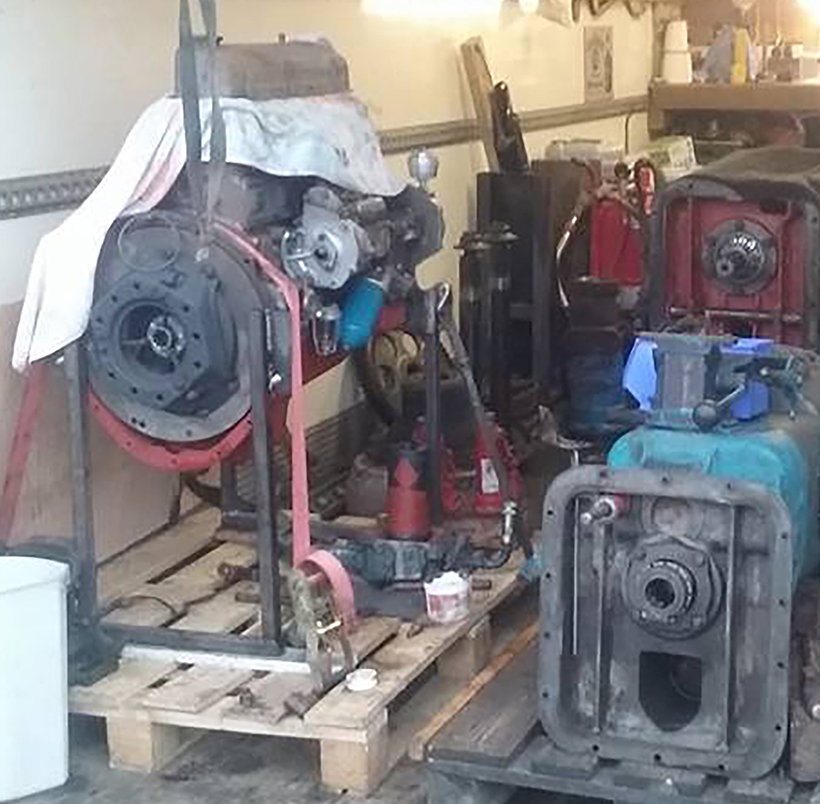 Split into its constituent parts, the Major required more work than Nick had anticipated. There were times during the process when he wondered what he’d let himself in for!

“When removing the oil drain plug from the back end, what dribbled out could best be described as milk, so that clearly needed attention, too. The differential was stripped and cleaned (with new bearings and seals fitted where necessary), as were the brakes and the rear trumpet housings. At one point I remember standing in my workshop looking down at the pile of components I’d created from the fully-functioning tractor that I’d driven into the workshop only weeks earlier, and wondering what on earth I’d done?

“During the months that followed, I slowly pieced the puzzle back together, until there was a bare skid unit that was ready for painting. I prepped it carefully, then applied coats of primer and top coat. I’d never used a spray gun before and, although I say it myself, I was extremely pleased with the results. 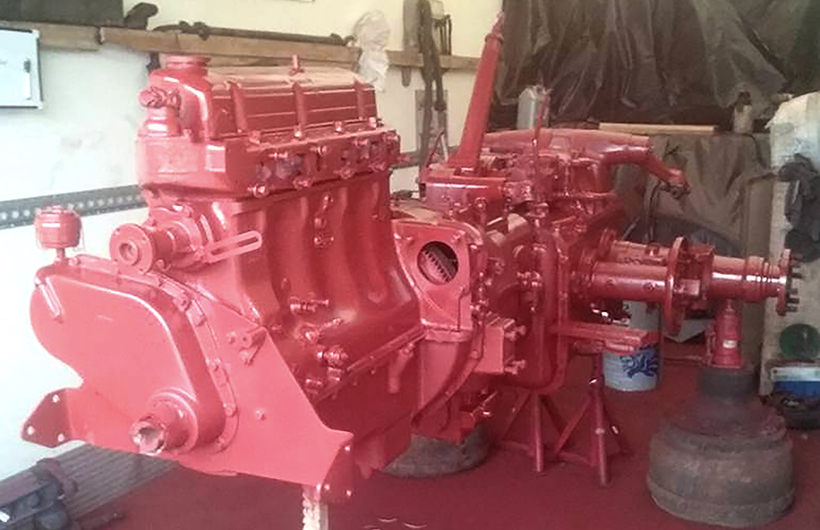 The rebuilt skid unit resplendent in its protective primer.

“It was while standing in the workshop one evening looking at the now blue skid unit, that a memory popped back into my head. When I was younger, I have fond memories of playing with my Britains Toys farm set with my younger brother, Samuel, and arguing a lot about who was going to have the favourite blue tractor! Very sadly, though, Samuel fell ill in 2004, between Christmas and New Year, when he was just six years old. He died on January 14th, 2005, from a very aggressive brain tumour, at Demelza House in Sittingbourne.

“Everyone in the family always said that Samuel was like a little farmer in the making, as he always had a length of string in his pocket, almost like baler twine. So, with all that in mind, I decided to dedicate the restoration to the memory of my brother, and to add a sign-written tool box as a lasting tribute.” 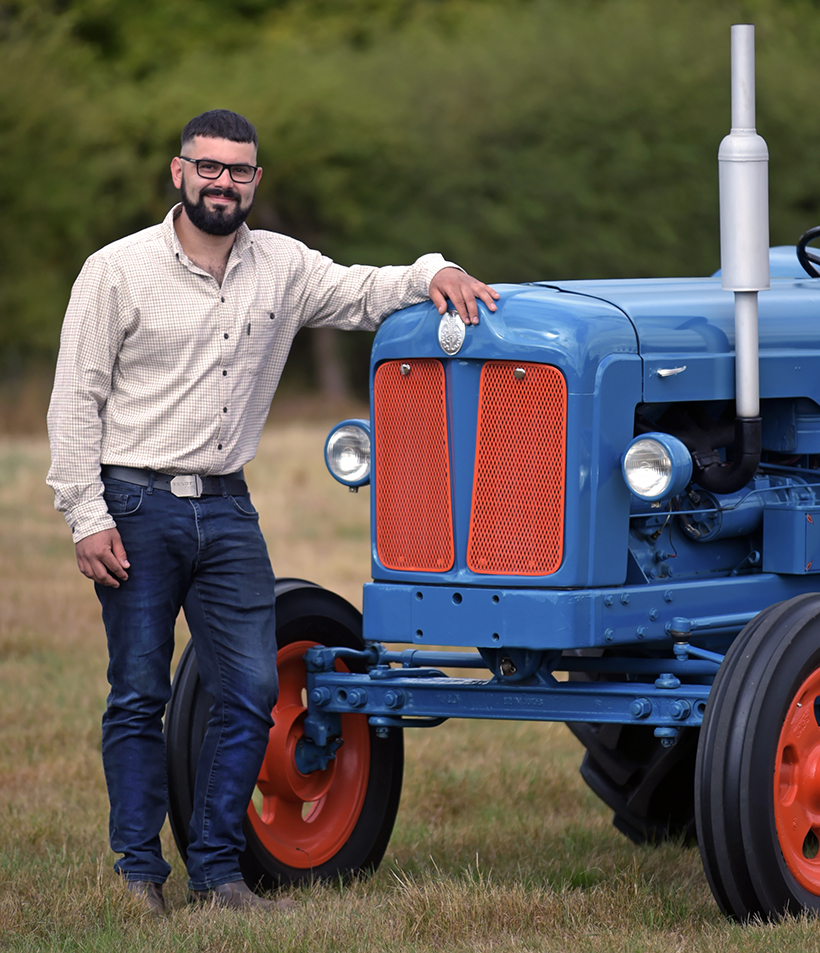 All the time and effort was certainly worth it. Nick Ward certainly gets bags of pleasure from using the Major for light duties around a friend’s farm.

A poignant reminder
“His name was hand-painted onto the side of the toolbox, above a length of knotted string. We also included some snowdrops; the early-spring flower that my parents and I planted in his memory, and which has become a very prominent flower for the whole family. The sign-writing was brilliantly done by a close family friend, who knew Samuel well, and the whole thing was kept a secret from my parents until the finished tractor was revealed.

“The project was finally finished in 2019, just in time for the tractor’s first outing to the Biddenden Tractorfest, which proved to be a very emotional time for my parents, Michelle and Dave. I want to thank them for all there help throughout – and my fiancee, Susie, as she often attended the workshop on the weekends getting her hands dirty and her ears chewed over problems. They all provided so much support, especially during those dark days when I often swore that I’d sell the tractor! 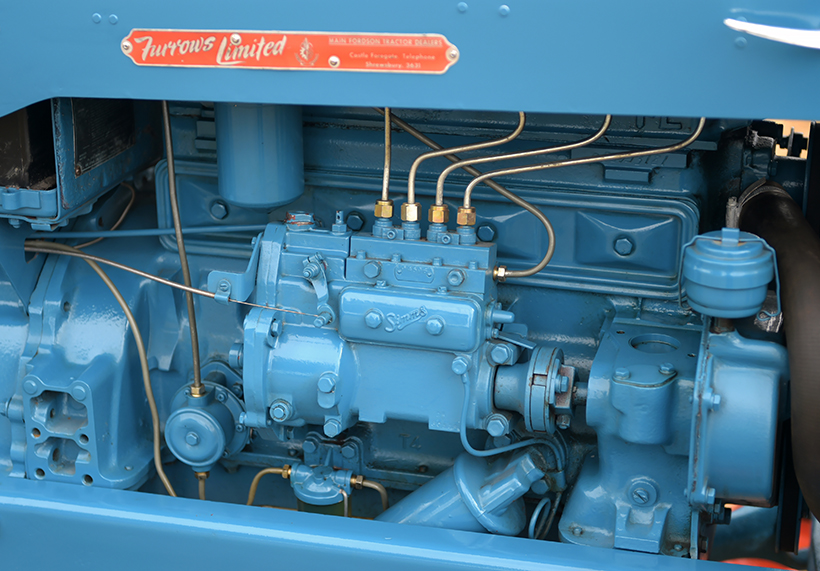 The engine – from a 1964 Super Major – was completely rebuilt. The Original dealer’s plate was found on eBay, and fitted exactly to the drillings already in the bonnet.

“The finished machine generated a lot of interest at the Biddenden show, despite the terrible weather that left my pristine-looking machine up to its axles in mud. Then the pandemic caused events to be cancelled for the next two years, so I moved the tractor to a family friend’s farm and had some fun with him. Since then I’ve taken part in a number of runs with friends, and the excellent Smarden Tractor Run. 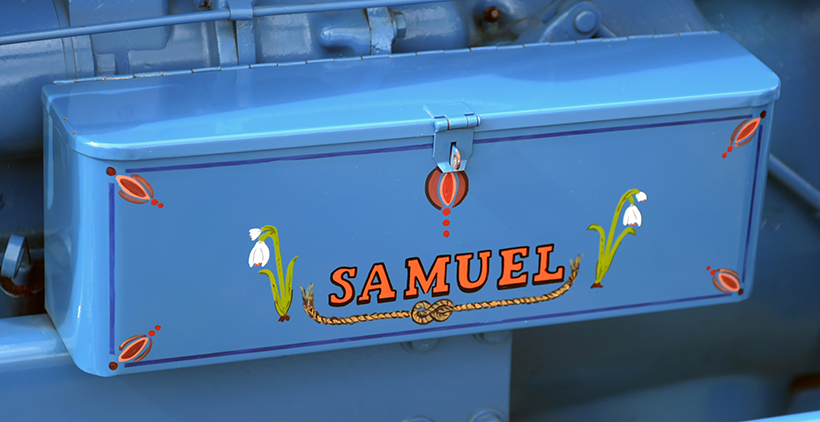 Part-way through the restoration, Nick decided to dedicate the project to his late brother, Samuel, by having the tool box sign-written.

“I was able to attend this year’s Biddenden Tractorfest, and am certainly looking forward to many more runs and events in the future. I’ve added set of rear wheel weights that I restored, plus a Ransomes three-furrow PM3A plough. I hope that my efforts will encourage a few more people to have a go and join this amazing hobby. I learned a lot during the restoration process, and certainly found it very rewarding. I’m proud of the finished tractor and, with a bit of extra orange paint here and there, have tried to make it a little bit individual, while keeping it fundamentally standard. 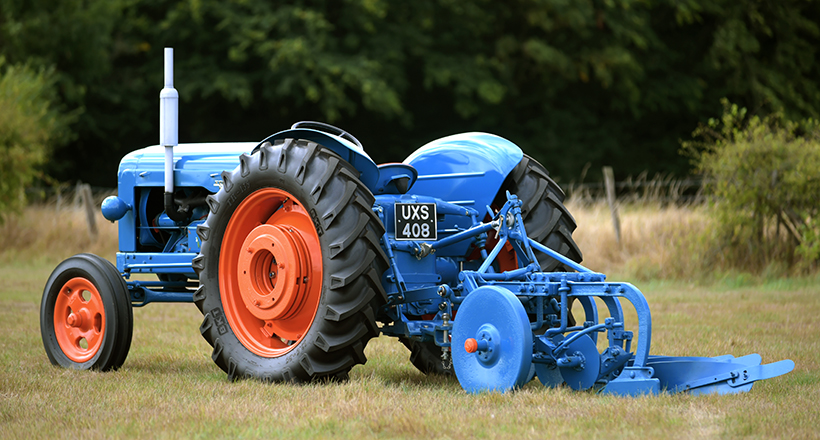 The wheel weights and Ransomes three-furrow plough are relatively new additions. Nick doesn’t think that a tractor looks right without an implement on the back.

“The old tractor world is a great one to be associated with and, before I got into it, I never appreciated how many helpful and friendly people it attracts. I’ve made plenty of new, tractor-owning friends, and that makes attending shows and runs so much more fun.”

This feature comes from the latest issue of Ford & Fordson Tractors, and you can get a money-saving subscription to this magazine simply by clicking HERE 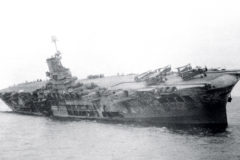 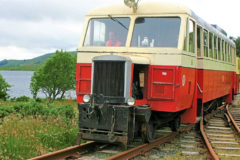