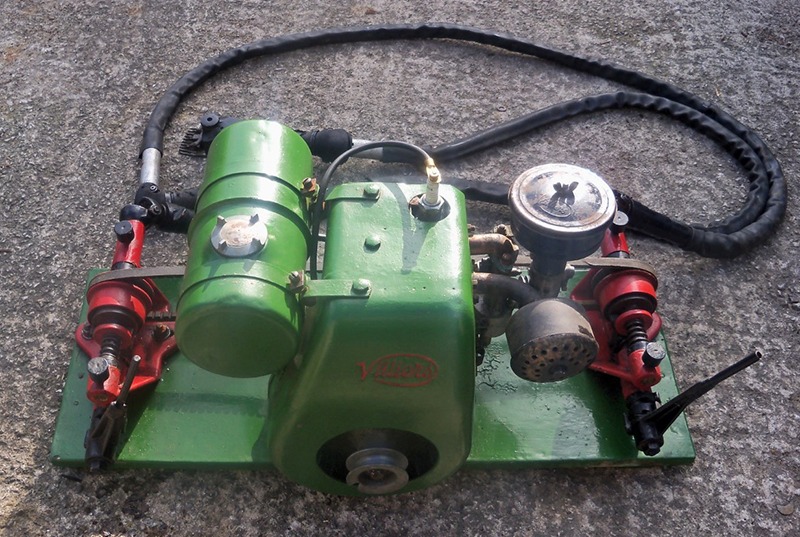 I have a strange passion for smaller engines powering machinery that would have commonly been used in peoples’ working lives, with milking and shearing items being among my favourites. There’s such a variety available, and I have several items of both.

While searching eBay a few years ago, looking for shearing bygones, I came across a Cooper-Stewart portable shearing set, powered by a Villiers Mark Ten engine. I knew the seller (a well-known Cheshire-based engineman, and contributor to Stationary Engine magazine), so placed a bid.

As it happened, I was the only bidder; maybe the general condition deterred others, or they were simply saner than me! When I collected the shearing set, I spent a very pleasant afternoon at the seller’s property, and was shown around his extensive engine collection – a nice bonus. 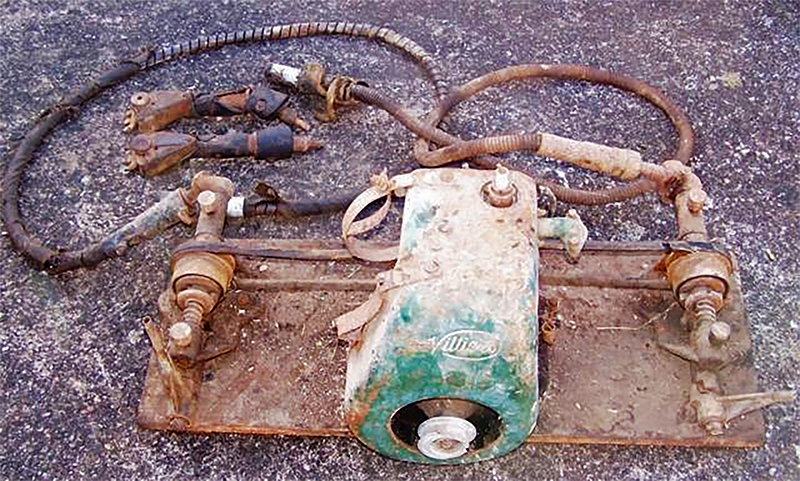 As can be seen in the photographs, the overall condition of the set was rough. The engine was missing a few vital parts – including the complete fuel system – had no compression or spark, but it did turn freely. The shearing drive clutches were both seized, and the cone clutch material had broken away. Also, one operating lever was snapped, the flexible drives were in very poor condition and the clippers were seized solid. In short, there was certainly work to be done in every department. 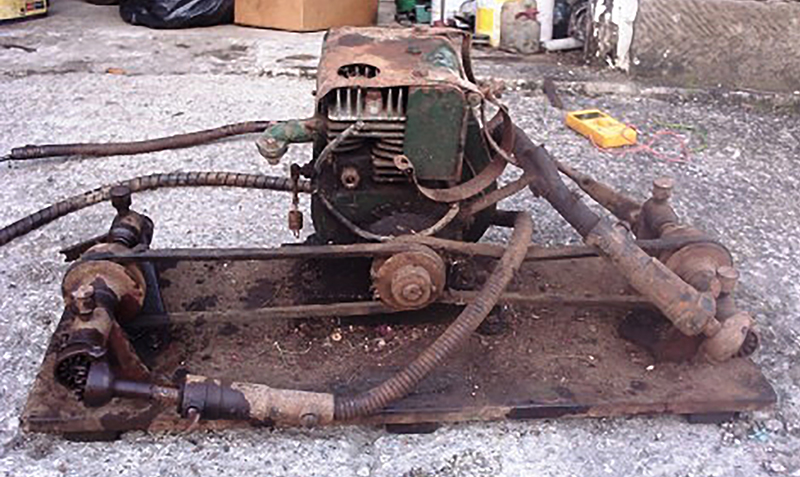 The set seen from the drive pulley side

The early Mark Ten Villiers has no crankshaft oil seals, just a spring-loaded gland at the pulley end and a plain bush at the flywheel, so it probably dates from the late 1940s. The downside of this means that, when the engine is being carried, oil can run out of the crankcase and into the flywheel if the engine is tipped slightly. So, to help prevent that happening, I fitted an oil seal to the magneto plate, which seems to have worked.

New rings, an ignition coil and condenser were obtained from George Shead at Villiersparts in Essex (villiersparts.co.uk), who knows Villiers and JAP engines inside out, and is most helpful and good to deal with.

New exhaust
I had a fuel tank and several carburettors in my ‘bits box’, but was missing an exhaust. George (Villiersparts) hadn’t any at that time, so I decided that a call to L&S Engineers at Brownhills (lsengineers.co.uk) might produce something; they made the original exhausts for Villiers.

However, they didn’t have a complete exhaust, but asked if I had brazing facilities (which I do), as they could probably find enough pieces ‘laying around at our works’ to supply me with a set of parts that could be brazed together. I accepted their offer, the parts arrived promptly and were successfully assembled – another job sorted! The valves were lapped-in and the engine painted, reassembled and then left to harden-off while I tackled the rest of the machine. 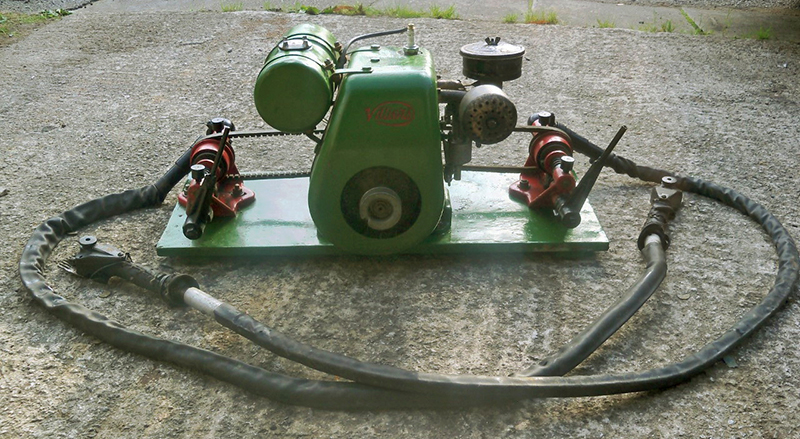 The drives were freed-off and stripped; they were OK, apart from the cone clutch friction material having come adrift. However, impact adhesive cured that problem! A length of rod was brazed on to replace the broken lever and they were painted and left to harden.

The ‘hot spanner’ came into use to free the clippers, care being required to remove the bevel gears as they are cast and very fragile. But, eventually, everything was dismantled and cleaned. I had plenty of spare cutters and combs so they were replaced; the gaiters were treated to new laces and the clippers were reassembled and worked smoothly enough for demonstration purposes, although no self-respecting sheep would let me get within an arms length of them!

Flexible drives
The flexible drive cables were a problem, though. The inner cables cleaned up nicely, but the outers were in very poor condition. Cooper-Stewart cables aren’t easy to find, and Lister ones are different. After much thought – over several days – I concluded that a ‘bodge’ was the answer! Searching the garage for inspiration, I spied some caravan water hose that the inner cables fitted nicely into, so that was used to bridge the gaps in the damaged outers.

However, the results looked a mess, so I was then faced with the problem of tidying things up so that they looked presentable. Again, I found the answer lurking in my garage, in the shape of a bicycle tyre inner tube! However, it was too small, so off I went to our local Wilkinsons store to chose the largest size they had and buy two. The valves were cut off and, with plenty of soft soap, sweat and strong language, the tubes were stretched over the outer cables and at last things looked reasonably good.

The original ‘Cooper-Stewart’ plate had faded badly, so a call was made to Dave ‘Titch’ Sanders at Machinery Decals (machinerydecals.co.uk), who produces several vinyl stickers at a very reasonable price. He likes fresh challenges, always comes up with the goods and I’ve used him several times since.

My next project
I’m happy to report that the little machine now works well, and has been exhibited a few times in recent years. It’s going to be mounted on some wheels over winter as it’s quite heavy for a senior citizen to carry nowadays! The ‘restored’ photographs are recent, so the outfit needs some TLC, paint-wise, as well now.

I know that this little unit isn’t everyone’s cup of tea, but it makes an alternative to the more common JAP-powered Lister Mounthill sets, and illustrates to the public exactly what these small, air-cooled engines could be used for. Incidentally, a Lister Mounthill set will be my next shearing project, and I’m slowly collecting the various parts required to build one. 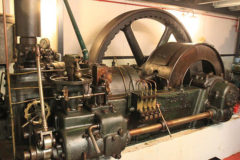 End of season crank-up in Wales 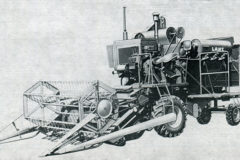