Ashley Lovering recounts the eventful story of a much-loved and now fully-restored Mini pick-up belonging to Kenneth Spiteri, in Malta. 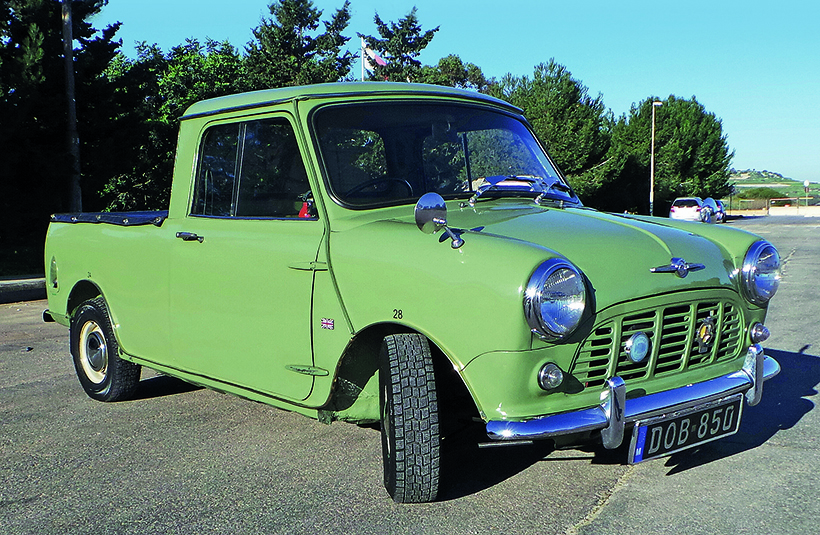 Some years ago, Ashley met Kenneth Spiteri at a car show in Malta. He was showing his fine Mini pick-up. He is known as the ‘Mini Man of Malta’ due to his love of the model. Kenneth has a huge collection of Mini models, and has six different, full-size versions in the form of cars, pick-up, Mini Moke, Mini Marcos and a van in AA livery.

This one featured, is ‘DOBY’, my beloved Mini pick-up which I’ve owned for more than 25 years. The story is a complex one of love and hate (at times) but, all-in-all, he is my favourite Mini of the six I own.

I owned a Mini Mayfair from new in 1987, but I was always on the lookout for a pick-up version. They were rare here in Malta, so I opted for another Mini commercial, the van. They were very common in those days, but my mind was always set on a pick-up. There were a couple around, but nobody would sell. 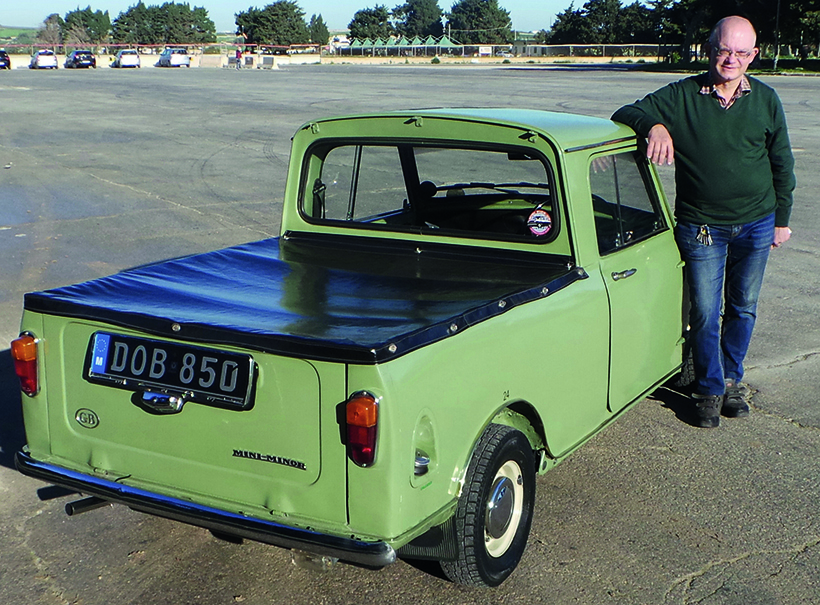 My friend, Stephen, knew I was on the lookout as well. He knew of a very good one but the owner wouldn’t sell either, but he did have a wrecked one which he kept for spares, which he was happy to part with.

Stephen informed me and I spoke to the owner and arranged to see it. A mechanic friend came with me. We found it jacked up, with missing headlights and a rusty load area. You could look inside by putting your head through the floor! However, we managed to get it running and took it for a test run. It was painted with aeroplane paint, but I was happy with it.

The owner wanted LM 120 (close to £2,000 at that time). It was over budget but the owner wouldn’t budge on the price – I later found out that he’d taken it to the scrapyard three times but, due to queues, had returned home again each time! Anyway, I wanted a pick-up so finally agreed to give him the full asking price.

I then took it back to my garage in Rabat, where I found the full horrors of the state it was in. I eventually took it to a panel-beater in Zebbug to fix the bodywork a bit, so that it would be driveable at least for everyday errands. 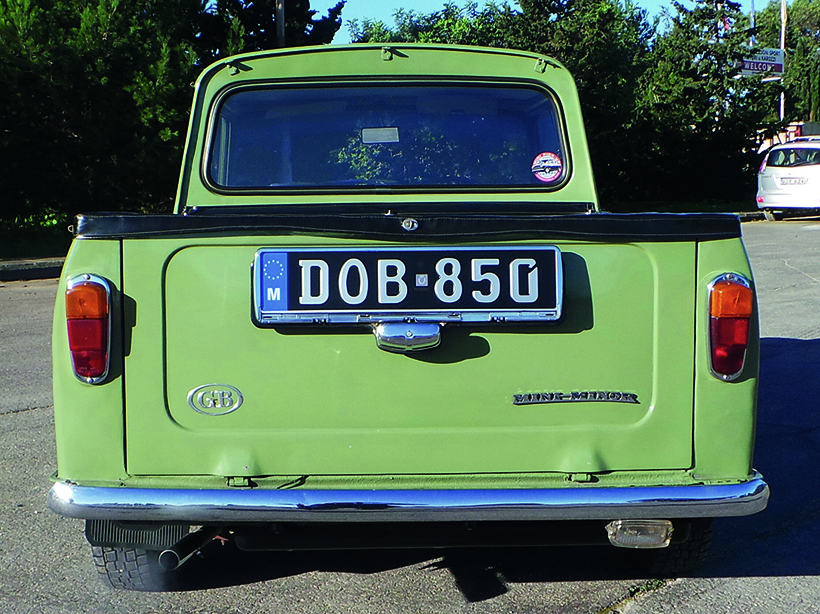 I brush-painted it blue and a local businessman sponsored the licence and insurance for two years, in return for advertising his shop. He had a Transit for furniture deliveries, so what wouldn’t go in that went in DOBY.

Then, one fine day when I was working on my Mini Mayfair, the pick-up started and drove off into my neighbours garage. I didn’t know how it happened but later found out that if you turned the steering wheel to the right, the starter would kick in. A broken wire was the problem and, leaving it in gear with the handbrake off meant the pick-up could start and go when it felt like it!

Another episode was when I discovered a scrap Mini in a field so, heading off in the pick-up to get spare parts, I took a short cut up a narrow one-way road along which I crashed into a VW Transporter, bending the B pillar. It was completely my fault, but I kept on with my mission. 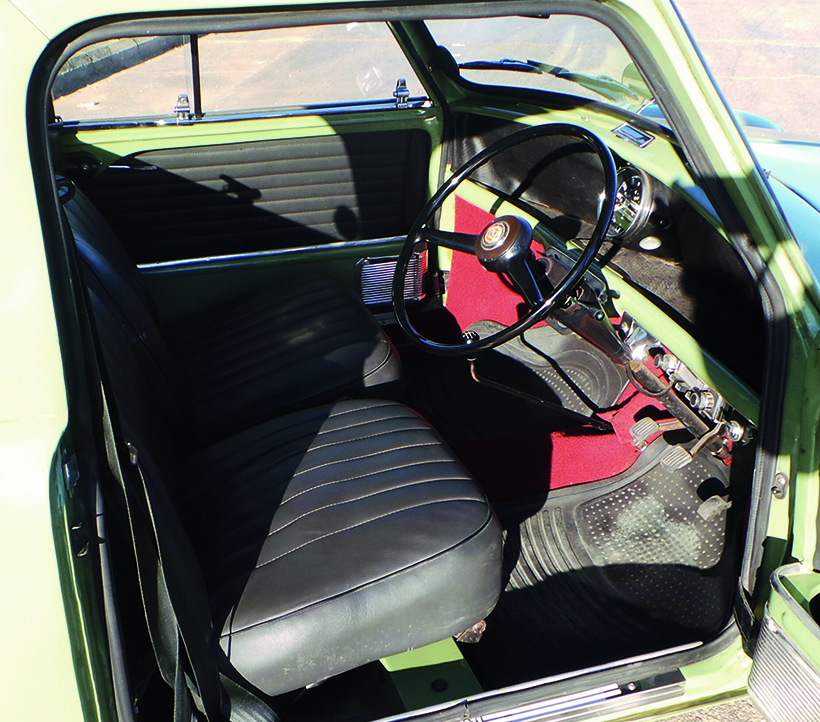 Eventually, I had to sell DOBY when my daughter was born. It went to a friend and bought a Mini Clubman. I had tears in my eyes seeing DOBY being driven away.

My friend knew it was against my will when I sold it and so, when he decided to scrap it, he sort of forced me to have it back. I had fitted a set of reverse Cooper rims to the Clubman, so I swapped those for DOBY.

Once home, DOBY was treated to a full restoration and it is now my pride and joy and enjoying its pension.

I took it to the International Mini Meet in the UK in 2009, and drove it on the highway several times. I have had several good offers for it, but I will not part with DOBY ever again.

This story is from the latest issue of Heritage Commercials magazine, and you can take advantage of a money-saving subscription simply by clicking HERE 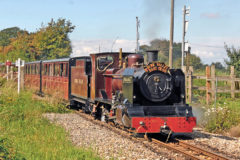 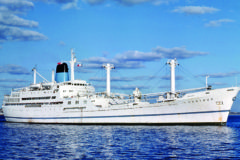