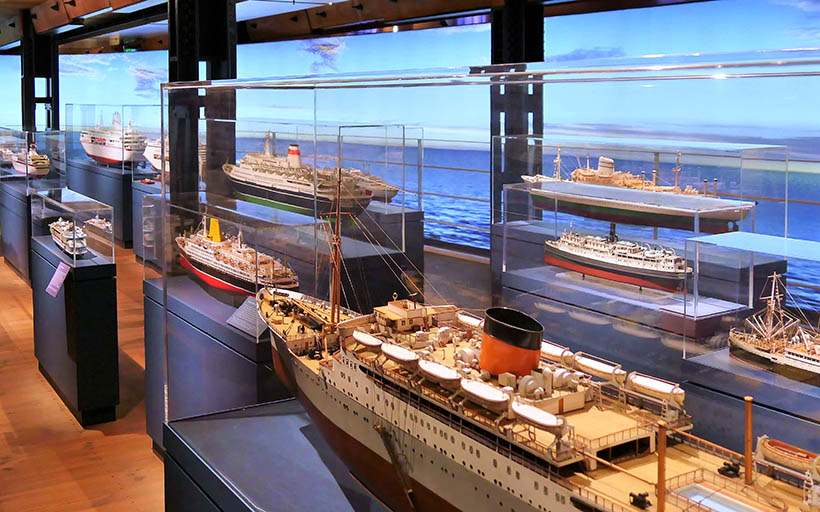 The brilliant Hamburg Maritime Museum: Deck 6 – Passenger ships are well represented with an extensive gallery of models, mock-ups and artefacts.

Situated approximately 70 miles from the North Sea up the river Elbe, Hamburg is one of Germany’s premier ports and maritime centres. Noted German shipping companies, such as Hamburg-America Line and Hamburg-South America Line, continue to be based in the city, together with famous shipbuilders, such as Blohm+Voss.

Hamburg has a popular cruise ship terminal, and is also a destination port in its own right; being home to several historical museum ships, such as the icebreaker Stettin (1933), the cargo ship Cap San Diego (1962), and the steam yacht Schaarhorn (1908). Hamburg is also home to the International Maritime Museum, which is based at the HafenCity quarter, and is well worth a visit. 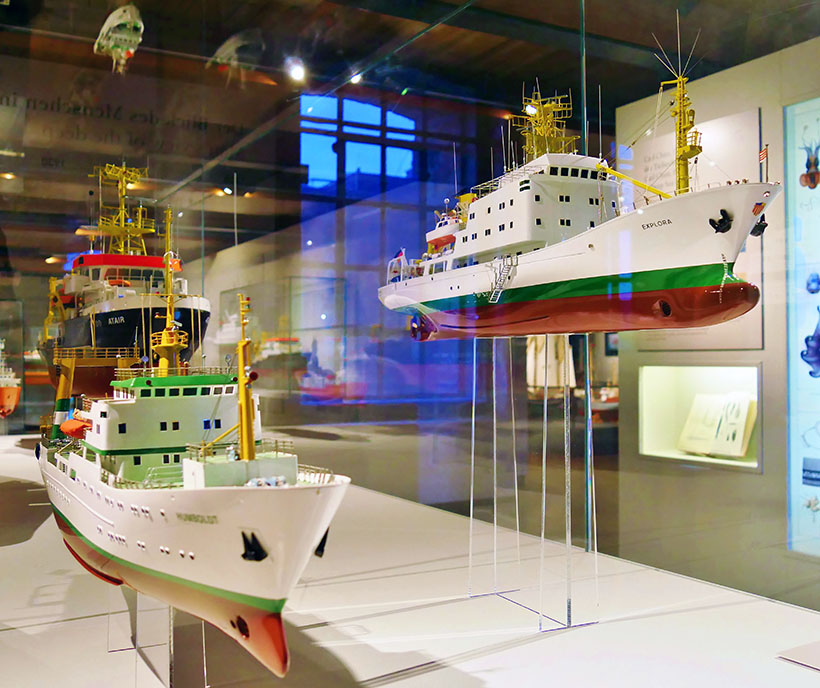 Deck 7 – Oceanographic vessels provide an interesting contrast to some of the larger ship types featured within the museum.

Oldest in Hamburg
The museum is located in the oldest maritime warehouse in Hamburg, and distributed among its 10 floors are thousands of nautical treasures, with more than 100,000 individual artefacts, over a million photographs, 4,000 paintings, hundreds of uniforms, and thousands of ship plans, which are either displayed or secured within the archives. Not least among the treasures are 50,000 miniature ship models at a constant scale of 1:1,250, covering worldwide merchant and naval vessels from across the ages.

Surprisingly, the museum is a private enterprise, having been founded by the late Professor Peter Tamm in 2008, who started collecting model ships as a boy in 1934 when, at the age of six, he was given a small ship model made from lead by his mother. The museum is owned by the ‘Peter Tamm Sen. Stiftung’ foundation, and is now chaired by the founder’s son, also named Peter Tamm. 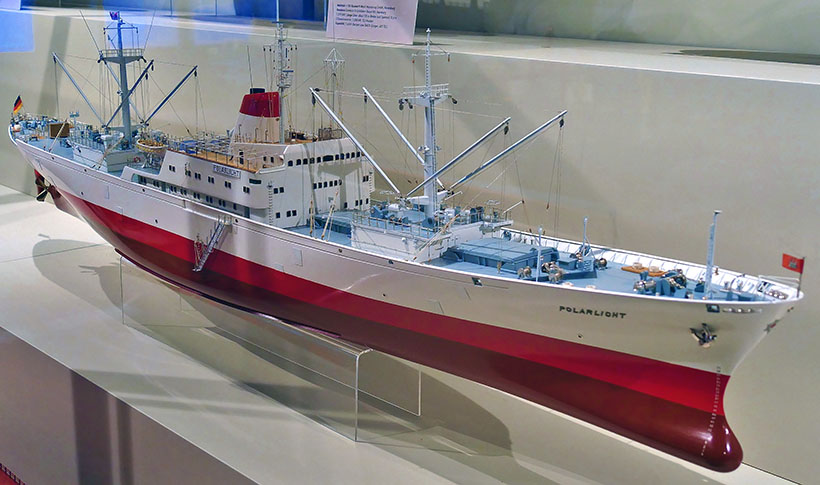 Deck 5 – This model of the cargo ship PolarLight is representative of the high quality of ship models on display throughout the museum.

The ‘Wede’ shop
At ground level, past the ticket deck and restaurant, is the maritime-themed ‘Wede’ shop, which offers a large collection of books, models and other merchandise. Above, at the heart of the museum, is an atrium to welcome visitors, with a connecting staircase and a spectacular, 3.5m suspended model of the 52-gun sailing ship, Wapen von Hamburg III (1722).

The museum is supported by a wide range of organisations and a ‘Circle of Friends’. Special exhibitions, such as one in 2019 celebrating the Hamburg America Line director, Albert Ballin (15.8.1857-9.11.1918), are staged. The museum also has an active social media presence on Instagram (maritimesmuseum), with news items and historical blogs.

The brilliant Hamburg Maritime Museum is certainly one of the most comprehensive and engaging maritime museums in the world, with an amazing array of exhibits and collections, and is well worth a visit. 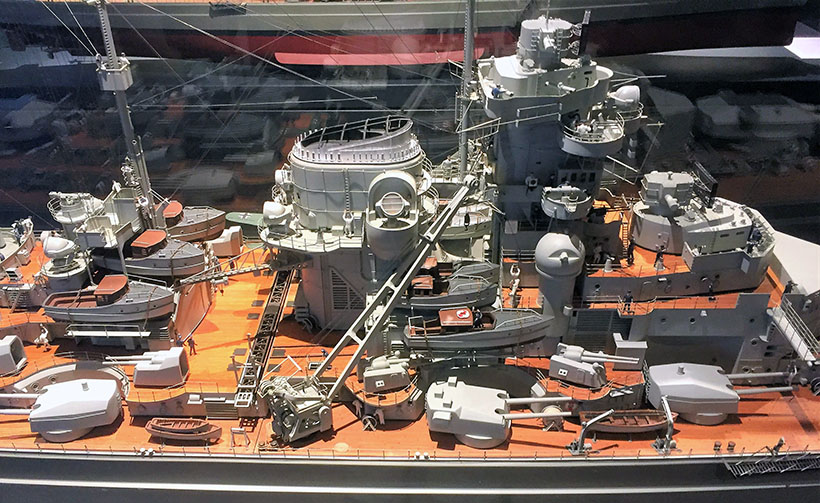 Deck 5 – As the German WW2 battleship Bismarck was built in Hamburg, it’s fitting that the museum has a detailed model of that impressive vessel.

Many thanks to Damian Moran, who is responsible for online communications at the museum. 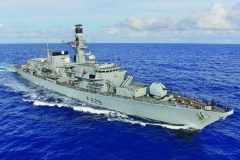 Operational challenges for the Royal Navy