Sarah Waspe meets an enthusiast who has been collecting vintage and
veteran tractors down in beautiful, rural Suffolk

Brian Davey has been collecting vintage and veteran tractors since he was 17, and has now amassed an impressive 104 machines. Acquired largely by word of mouth and from the internet, his son – Jamie – told me that they’re now looking to downsize the collection somewhat, then to start buying rarer models.

Karen’s favourite
Brian has lived in rural Thelnetham, North Suffolk, since 1975, and has been interested in tractors all his life. He spent his working life as an HGV driver, while Jamie works for an insurance company as an engineer/surveyor of lifting equipment. 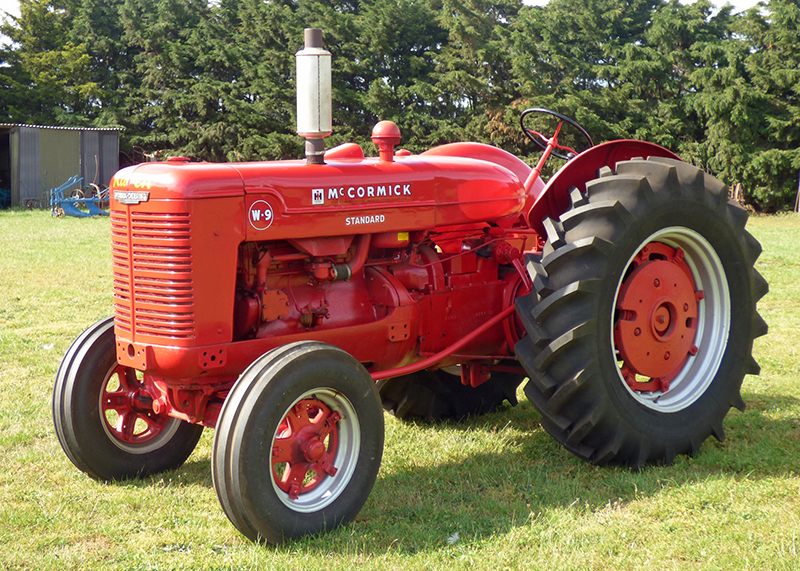 The International 52hp W-9 tractor was introduced in 1940.

“It runs very well and is used for rolling and cutting the grass,” he explained. “I bought it from my friend, George Muggeridge, who lives in Surrey around nine years ago. I see him from time to time and we did a deal on it. I drove a Mercedes truck down there with a low loader on the back.”

Brian painted the name ‘Karen’ on the nose of the W-9, as a family friend called Karen Debenham said it was her favourite tractor. The tractor was used originally with a threshing contractor, and the Daveys have not had to do any restoration work to it as George had already carried that out. Jamie can sometimes be seen taking it for a spin around the village. 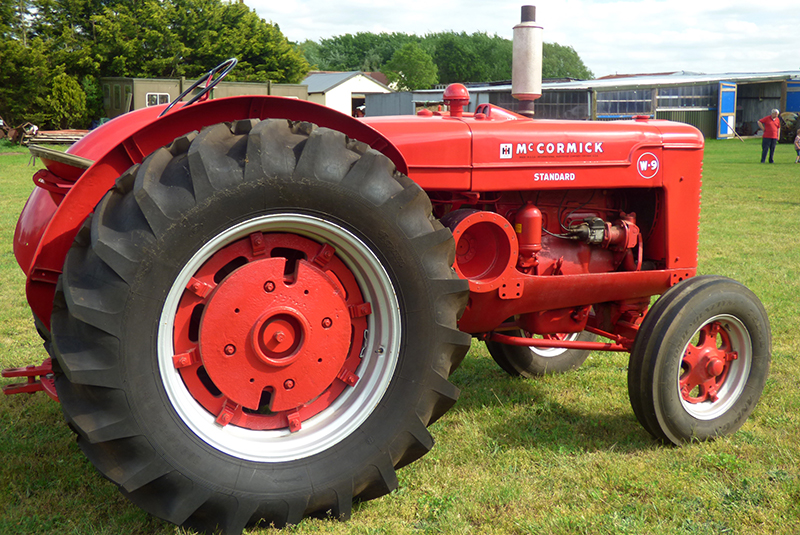 M-H beauty
Jamie saw the 1938 Massey-Harris 25 for sale in a tractor magazine. He describes it as quite unusual, and told me that only 1,000 of these red tractors were made. He bought it from a fellow collector in Devon, explaining: “I like it in this condition. It’s all original apart from the fuel tank, and it has its original paint transfers. It has a crank start and runs beautifully.” 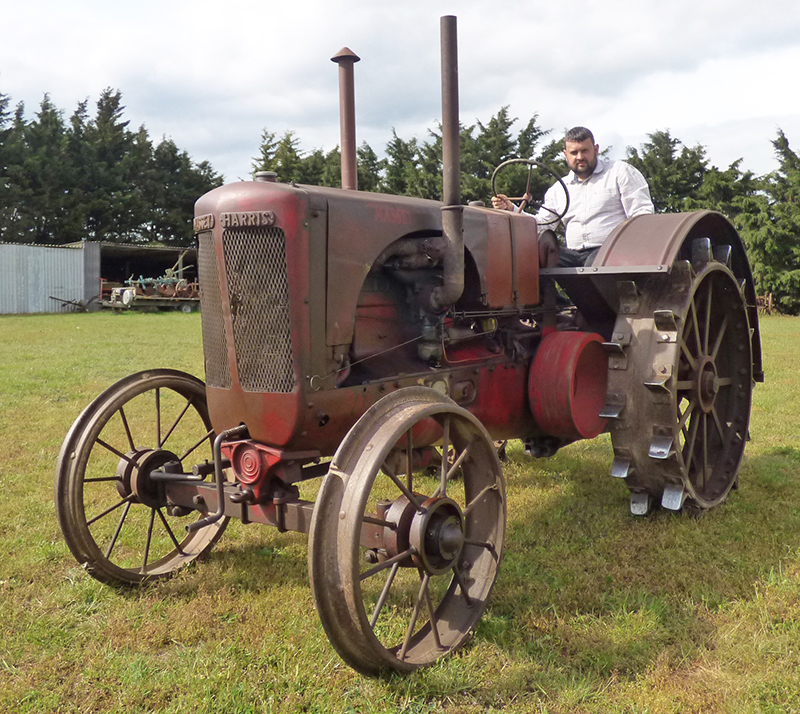 Jamie Davey takes a spin the red, Massey-Harris 25, which is the later version of the tractor

Brian and his friend Graham Brown borrowed a truck from a friend to pick up the Massey-Harris, also picking up another purchase from eBay en-route, and returning in the early hours of the morning. “I don’t spend a lot of money on eBay. I’m hoping there are bargains to be had,” Jamie confessed.

Worth the trip
It seems that distance is no obstacle to adding to their collection. The Renault YL dates from 1934. This is a real rarity and they feel sure that Hitler would have melted it down for armaments during the war, if he’d found it. They saw it on Facebook one week, and left for the outskirts of Geneva in Brian’s wife’s car, making a round trip of 1,500 miles in two days the following week.

The woman selling it spoke good English, but the man with her had more of a language barrier, and reportedly resorted to gesticulating as communication. “Jamie had it running within two hours,” Brian commented. They’ve cleaned up the tractor, including the magneto and ignition system. It was owned from new in Switzerland, and was evidently used for mowing hay as it arrived with a mower on the side. However, it wasn’t a proper one, so they have since taken it off. 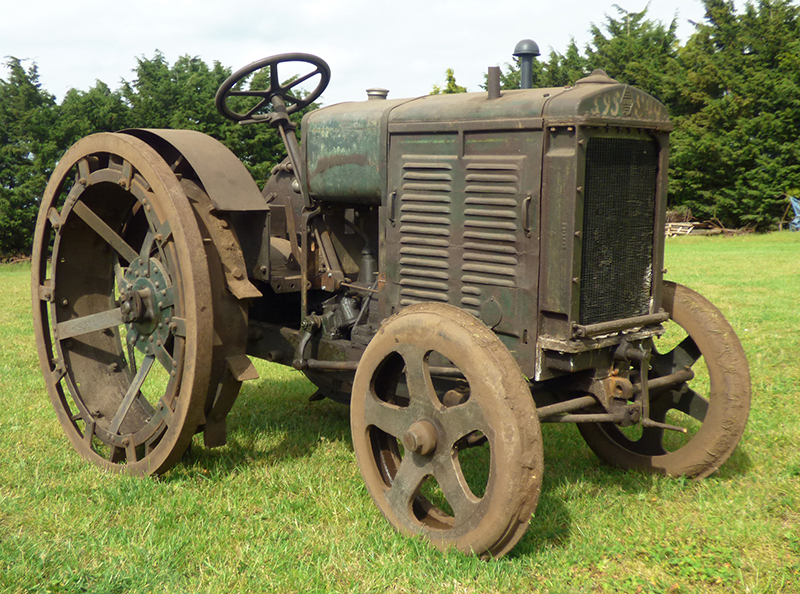 Brian swooped on the 1934 Renault YL, embarking on a 1,500-mile round trip to bring her home

Case 12-25
The two-cylinder Case tractor 12-25 dates from 1916, and weighs getting on for five tonnes. The 12-25 was among the earliest internal combustion-engined tractors produced by Case, and this model was the first to use a roller chain and sprocket drive. 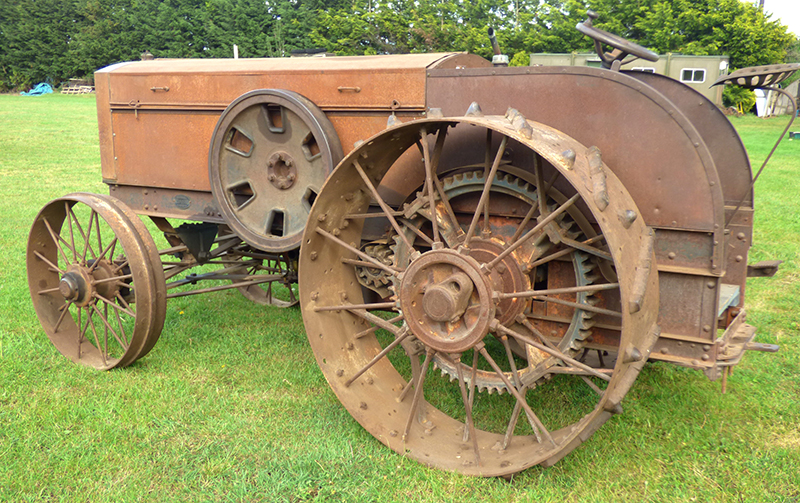 The 12-25 was aimed at farmers who wanted a smaller Case tractor. However, it was too large to compete with the likes of the IH Titan 10-20 and the Wallis Cub

Brian explained: “It was also nicknamed a ‘coffin tractor’ owing to the large, oblong shape of the bonnet.” It was bought from a friend in Scotland three years ago. They have done quite a bit to the engine, including re-boring and sleeving the front cylinder. “We believe it’s one of only two in the UK, and it’s one of my favourites,” Brian added. 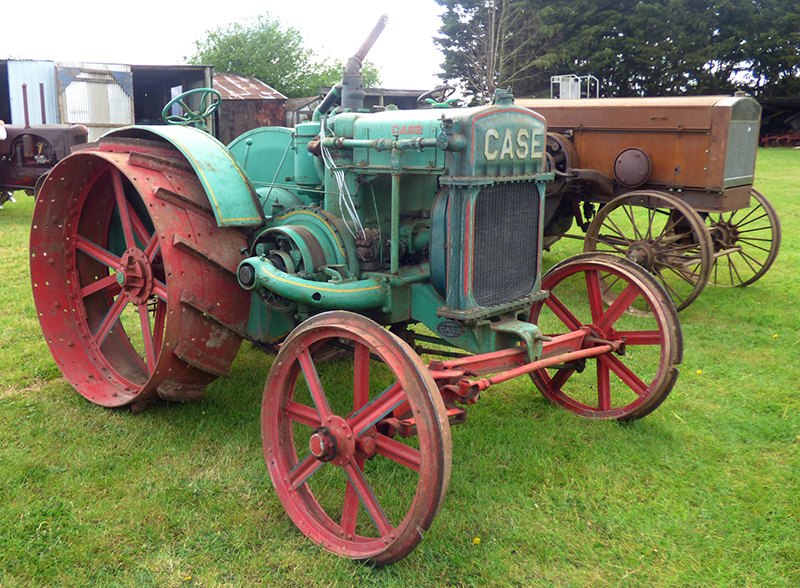 Some 17,628 Case 15-27 Crossmotor tractors were produced over a six-year period

Jamie added: “We’ve owned it for a year. It has a genuine Case axle extension put on the front for ploughing. It’s supposed to be quite rare, and it’s the only one I’ve seen in the flesh. A friend called John P Hinniker owned it in the US, where it had been restored.

“Brian used to write to him in the Eighties, and bought decals from him that he had reproduced. Another friend imported it last year and, within an hour of viewing, it was on its way home to us! We’re quite decisive – we know what we like when we see it.”

The manifolds on these tractors used to suffer and be of poor quality, but this one is in a very good condition. Everything is original, including the air cleaner which tends to rot out. Jamie is unsure whether the green is the right colour, however. “I’d be fed up with the noise of the tractor if I had to be on it all day,” he confessed. 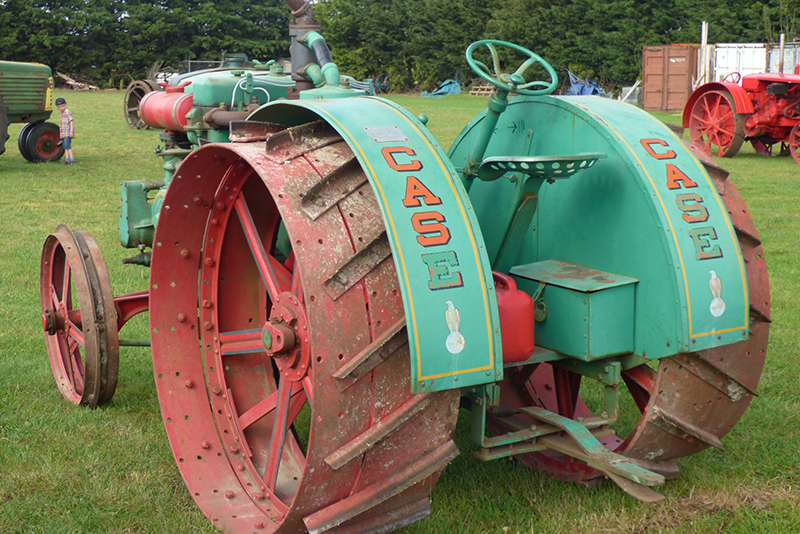 Case 18-32
Their 18-32 model Case is all original and replaced the 15-27. Built in 1925, it was acquired from friends two miles up the road a few months ago. The years of production were 1925-1928, with a total number of 9,890 being built. “We’d always admired it and didn’t think we could miss the opportunity to own it. You can see the original decals on the tank,” Jamie pointed out. 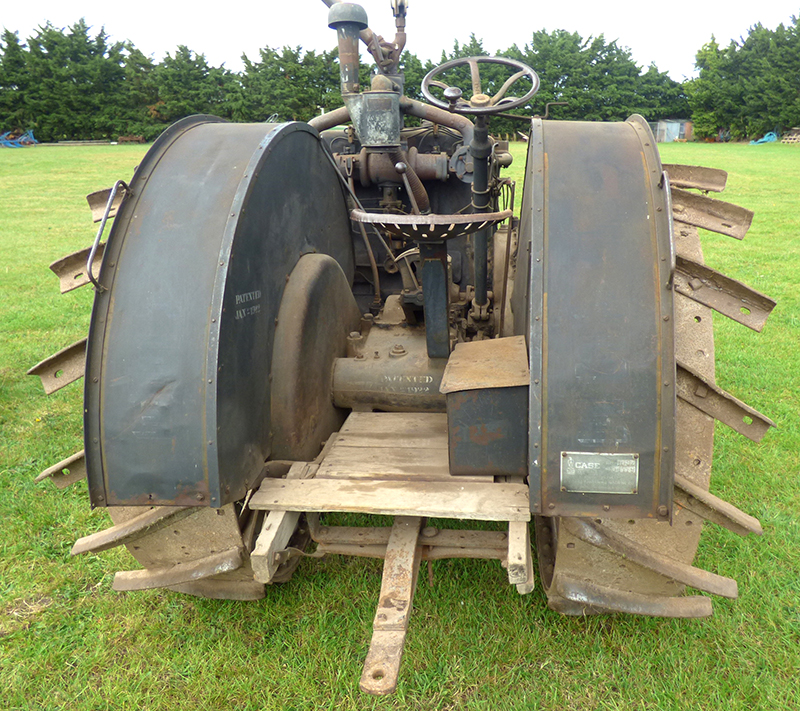 The tractor was supplied new to a threshing contractor in Canada, and imported to a dealer 15 years ago. It has 18hp on the drawbar and 32hp on the belt. This one has a whistle on it which was an accessory, and is reminiscent of a steam engine. The Daveys don’t take part in road runs as Brian feels that tractors were designed and built to be used on the compliant land, not hard roads. Their collection is fascinating, and they both clearly have an eye for the rare and unusual. 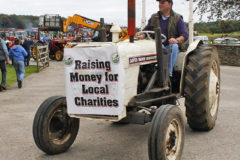 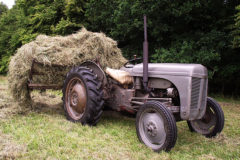