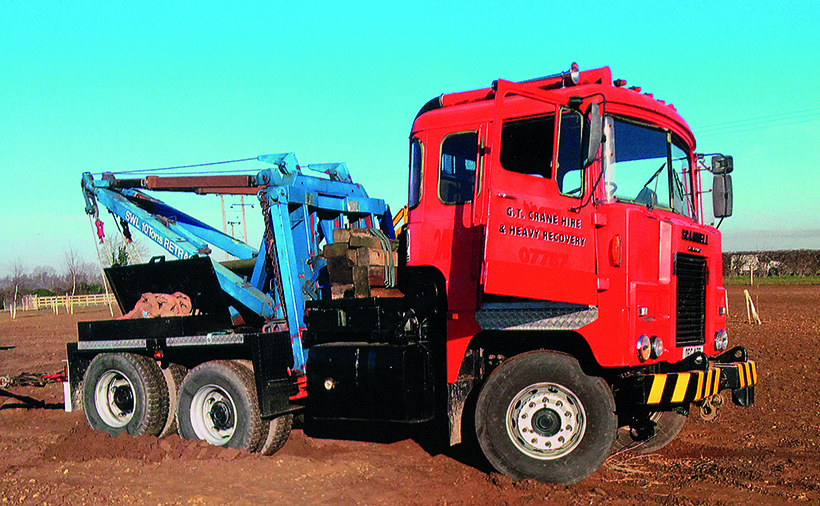 George Thompson, from Oxfordshire, runs GT Crane Hire & Heavy Recovery, and one of his favourite trucks in the fleet is this 1976 Scammell Crusader. It’s a former tank transporter, plated to 80 tons GTW, which he converted to a recovery truck with the Holmes 750 recovery gear; more cost-effective than buying a new machine of ‘similar spec’.

One of my most enjoyable classic truck finds came during my visit to the Tractor World Spring Show at Malvern, back in February 2019. On my Monday drive home, I called in to visit one of my key, classic truck contacts, Panes Recovery, at Upton upon Severn. At the precise moment of my arrival, Mike Panes was explaining about his nephew George Thompson’s 1976 Scammell Crusader recovery truck and, by the time I left, I had a contact number and was excited to find out more.

This tracked excavator (on far right) is in a rather tight spot, and was retrieved using George’s Bedford MJ and Mike Panes’ Bedford TM, between Coventry and Birmingham in 2012. An EKA Scammell Recovery is in the middle.

“I’ve always been interested in commercial vehicles, especially mobile cranes and winch vehicles,” began George. “I particularly enjoy building vehicles to a specification that the job requires. I prefer doing this, as these certain ‘spec’ trucks aren’t available to buy and, if they were, they’d be out of my budget.” 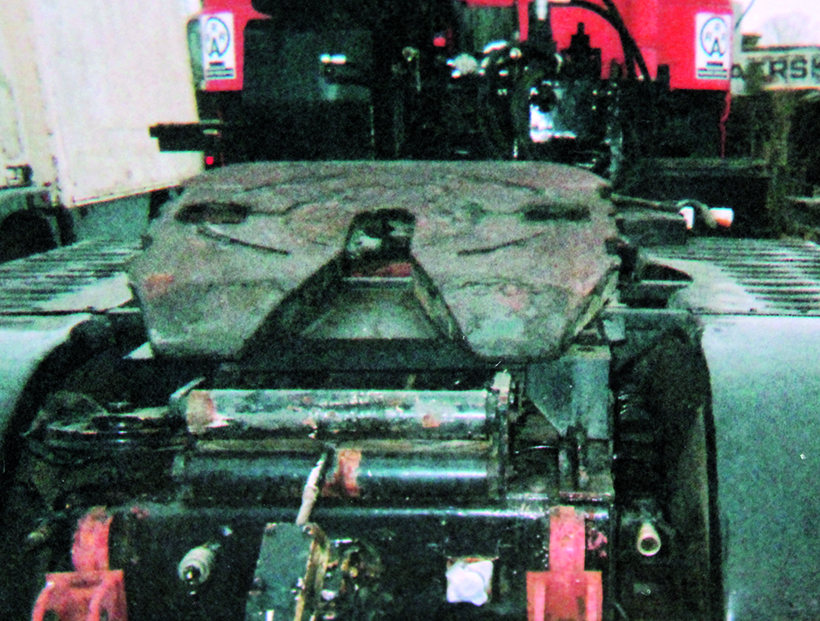 This view shows a close-up of the rear, with the coupling before the Holmes 750 recovery gear was fitted.

“The Crusader came from David Crouch at Kibworth, Leicestershire,” continued George. “I chose the Scammell because it’s plated for 80 tons, GTW, it’s in very good condition and I’ve always liked them. The engine is a 305hp Rolls-Royce 12-litre turbo, mated to a 15-speed Fuller gearbox, and has a 20-ton GVW as it is now. 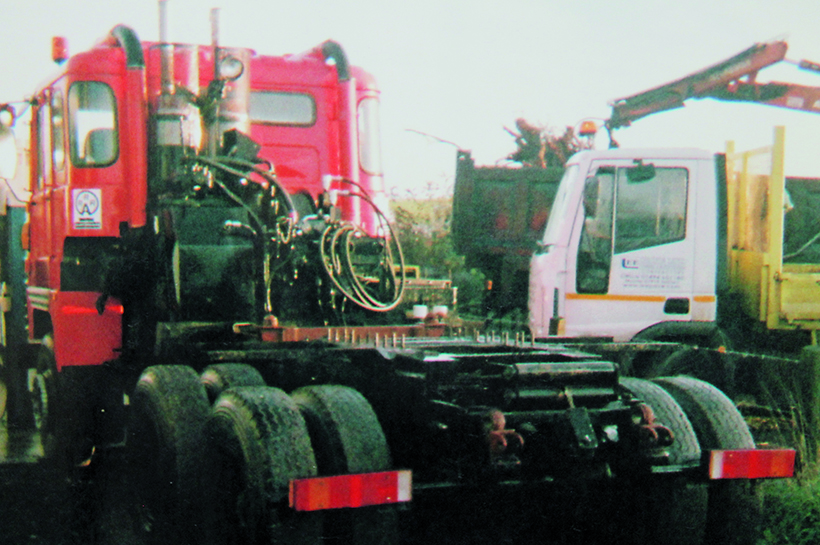 The next stage in the conversion from tank transporter to recovery truck, with the coupling now removed.

The Scammell was a tank transporter tractor unit when I bought it. Basically, everything behind the back of the cab I’ve fitted and adapted to suit the type of work I use it for. I’ve also fitted it with tubeless wheels and tyres. The diffs have been changed for slightly higher-geared ones from an EKA wrecker Scammell Crusader, but this was before I purchased it.”

George has found that the Crusader does a very good job, and is extremely powerful, both on winching and towing vehicles in. This is borne out by the chicken sheds in the photographs, which weigh around 40 tons each.

“I wouldn’t want to sell the Scammell simply because there’s very little I think I could replace it with, that would do the same job for the same price,” concluded George.

Clearly, then, this Crusader is more courageous than chicken! 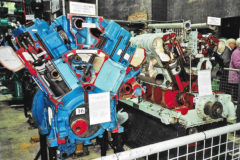 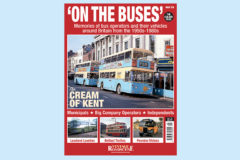 On the Buses available now!