Ron Henderson looks at some preserved, classic ambulances, and wonders why there aren’t more of them on the rally scene? 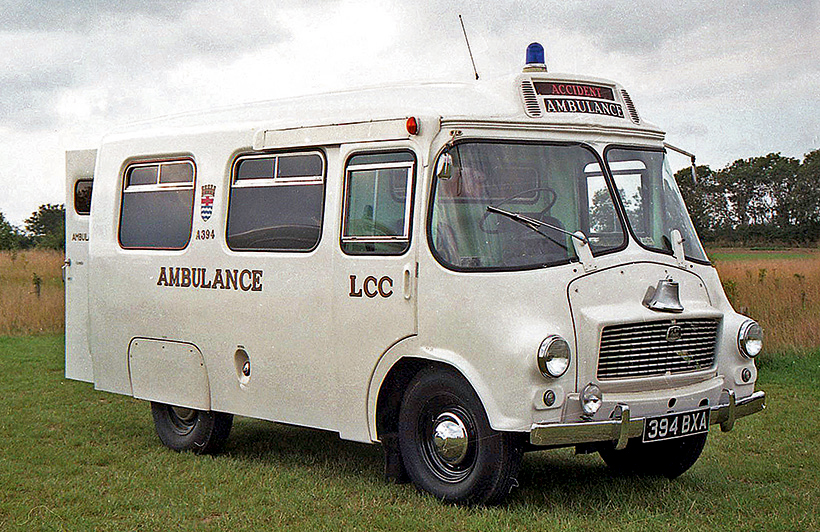 Part of the London Ambulance Service’s historic collection. This style of ‘plastic’ ambulance, based on a Morris LD chassis, was unique to London. It was designed in-house, and constructed in the council’s workshops at Wandsworth. Dating from 1962, the model replaced London’s classic, Daimler ambulances.

Classic ambulances seem to be the least likely type of preserved vehicle to be seen at vehicle rallies nowadays, particularly those dating from the pre-war era. Only a few ambulance services have preserved and maintained any historic artefacts, although two that stand out are the collections at Merseyside and London.

There once existed an organisation called the British Ambulance Preservation Society (‘preservation’ was later dropped from the title), which was set up to record and preserve as much as possible of what remained of Britain’s ambulance services. This was at a time when these operations were undergoing several phases of mergers, and the nation’s ambulance builders were rapidly disappearing in conjunction with the other, motor manufacturing industries. 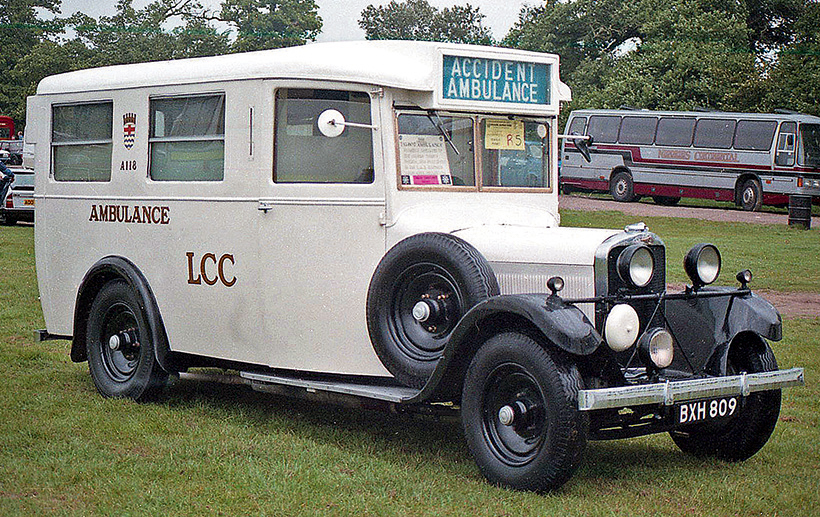 This is another classic from the London Ambulance Service’s historic fleet, which was a regular attender at the ambulance rallies. Based on a Clement Talbot AY chassis, dating from 1935, this is one of only three known surviving Talbot ambulances.

Originally formed in 1974 by two south-country members of one of the volunteer ambulance agencies, the society was publically opened to like-minded individuals in 1985, publicising one of its aims as seeking to establish a National Ambulance Museum.

Within a short time, 200 members from the United Kingdom – together with others from overseas – had subscribed to the society, and the high point of the organisation’s portfolio was an annual ambulance rally. This was established in 1982, when the Mid-Berkshire Area of the St John Ambulance organised a ‘fun day’ that was held at Windsor Safari Park. This proved to be so successful that it was repeated the following year. 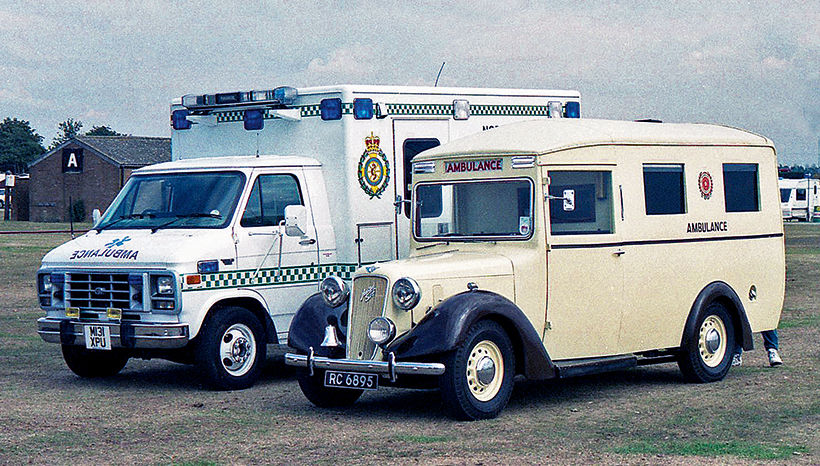 The old and the new, together. Northampton Ambulance Service’s preserved, 1938 Austin Big Six/Thomas Startin ambulance which, in its day, would have been equipped with rudimentary first aid equipment. It makes a dramatic contrast with a then, up-to-date, imported Chevrolet paramedic ambulance from Northumbria Ambulance Service, which was virtually a mobile intensive care unit.

In 1984, the event was held jointly with the British Ambulance Preservation Society, and went on to develop into the first National Ambulance Rally. A total of 23 ambulances attended, with exhibits from the United States Air Force and London Ambulance Service, together with historic, horse-drawn and motor-driven ambulances.

The rally – and the publicity it generated – grew and grew, so that the 1986, third National Ambulance Rally was attended by 64 ambulances, from various services including vehicles from the British Red Cross Society, the St John Ambulance. What’s more, six authorities were represented from the National Health Ambulance Services, travelling from as far away as the West Midlands and Dorset. 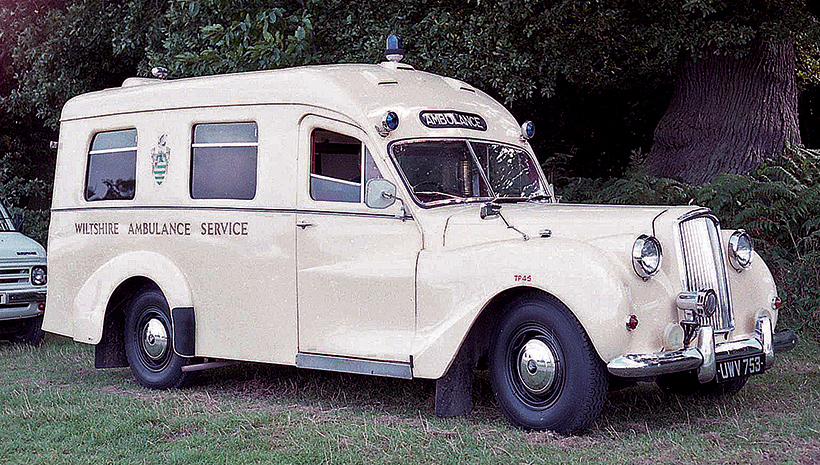 Wiltshire Ambulance Service was one that took particular care in the welfare of its patients, adopting several, somewhat luxurious Austin Princess chassis for the county’s ambulances. This one was built in 1959, by Herbert Lomas & Sons.

As well as the vehicles being available for inspection by members of the public, the ambulances took part in a road run, on a route from the Safari Park through Windsor, to take a salute from the Lord Mayor. The popularity of the rally continued to increase and, at the 1987 event, 19 up-to-date NHS ambulance services were represented, with two vehicles from Tyne & Wear and one from Cornwall making the long journey to support the rally. Also from the NHS services, 14 historic ambulances attended, ranging from a 1900 horse-drawn ambulance from Hertfordshire, to London’s unique Reeves-Sovam prototype ambulance; one of seven vehicles attending from the London Ambulance Services’ historic fleet. 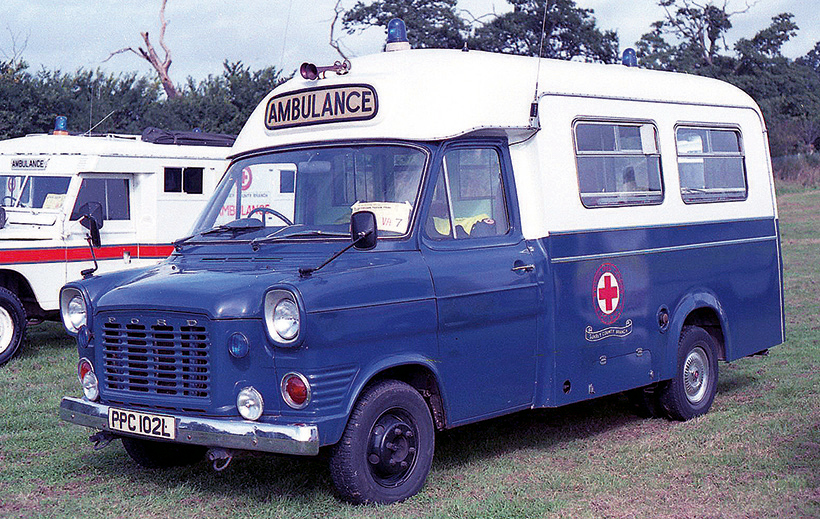 The voluntary first aid providers were big supporters of the rallies. This 1972 Ford Transit, with Wadham-Stringer coachwork, represented the Surrey Branch of the British Red Cross Society.

Just as with the organising of all historic vehicle rallies, a tremendous amount of work – often unsung – went on behind closed doors to make this event happen. Those who worked so hard no doubt endured many periods of stress and anxiety in their efforts to ensure that everything went smoothly on the day.

From 1989, the rallies continued to grow, but Windsor Safari Park ceased to be the event venue. With some NHS Ambulance Services keen to assist the society, several other sites were used, usually those with other public attractions. These included Drayton Manor Park, Kilverstone Wild Life Park, Whipsnade Zoo and the Royal Air Force Museum at Cosford. 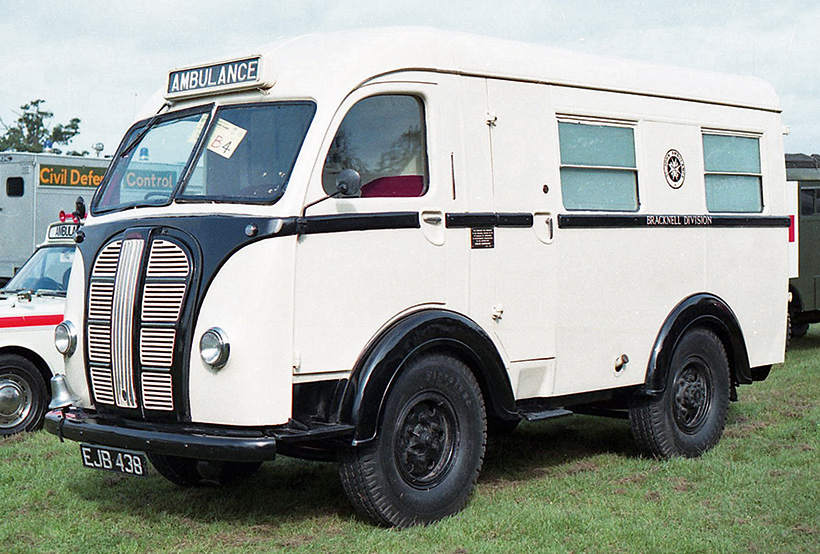 The Austin K8 ‘Welfarer’ ambulance was one of the first generation of new, post-war ambulances and saw widespread use in both England and overseas. This one, formerly in service with the Bracknell Branch of the St. John Ambulance Brigade, is one of only two of the type to have survived. When in service, it was a film star, appearing in the first Quatermass film.

By this time, the rally was attracting over 150 ambulances, with most of the NHS services, plus many branches of the volunteer agencies and private services, attending. Ambulances came from Scotland and Northumbria, making the long journey south, and were joined by others and their vehicles travelling from Northern Ireland, Holland and Germany at some events.

However, from 2005, things started to deteriorate. The founders of the society and instigators of the National Ambulance Rallies, decided to bow-out gracefully and, with progressive mergers of NHS ambulance services eventually leaving just 15 services in existence, the number of individual ambulance services able to support the annual rally was dramatically reduced. 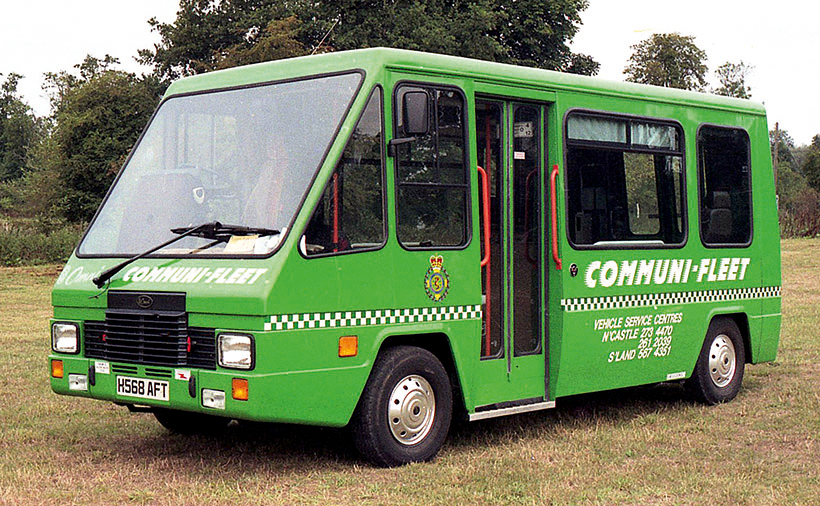 Northumbria Ambulance Service was represented at one of the rallies by this unusual, Omni ambulance, adapted for sitting-case patients. Bearing advertisements for the service’s now defunct Income Generating side-line, it featured hydraulically-operated doors and lowering suspension. Plans to develop an accident and emergency ambulance version never happened, so it remained unique in the Northumbria service.

The final rally held at Tamworth, in September 2005, was poorly attended, with just five NHS Ambulance Services appearing, together with a few others from the volunteer and private services turning up. With interest waning somewhat, and the larger ambulance services faced with greater patient transport priorities, the British Ambulance Society closed down. At no time since the rallies’ heyday, has a greater collection of historic and up-to-date ambulances been seen at a single event. 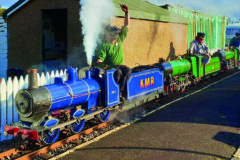 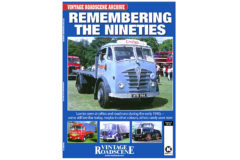