Barry Job reports on the recent Apedale Steam Gala and the fascinating range of machines and steam engines to be seen there. 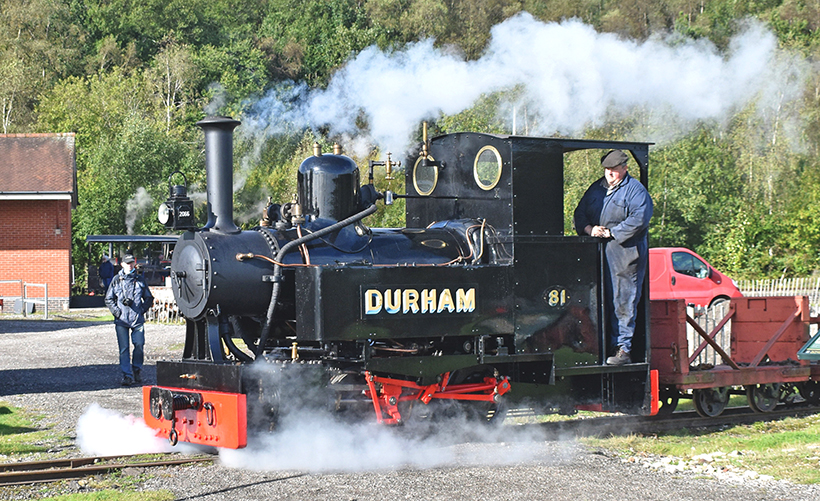 Apedale Steam Gala: The 1933, Bristol-built Avonside s/n 2066, originally went to the Durham County Water Board, and is currently named Durham although, when working at the Penrhyn slate quarry, it was called Ogwen.

The Apedale Valley Light Railway held its Steam Gala at Chesterton, Newcastle-under-Lyme, over the weekend of October 2nd-3rd. Importantly, in addition to the resident three locomotives in steam, there were three guest steam locomotives attending the event which had, at some time, all worked in the Welsh Penrhyn slate quarry.

The Hunslet quarry tank locomotive, s/n 921 Sybil Mary, was built in Leeds in 1906 for the Penrhyn slate quarry; it must have been bleak for the driver and fireman exposed to the Welsh weather!

These were the 1906 Hunslet Sybil Mary, built originally for the Penrhyn slate quarry, the 1930 Hudswell Clarke GP39, which originally served the Surrey County Council on the construction of the Guildford bypass, and the 1933 Avonside, again from Penrhyn quarry and currently named Durham, although many will know the engine as Ogwen. 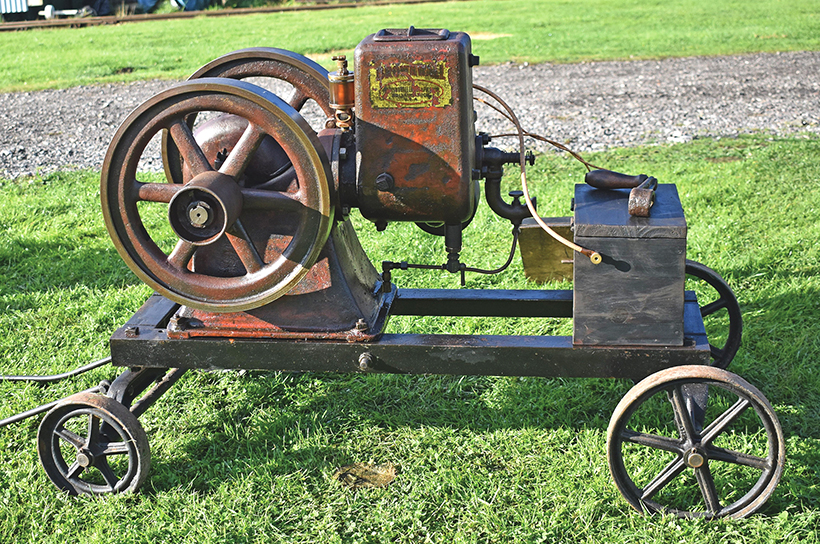 This Brownwall 1hp type A, s/n 8794, was built in Holland, Michigan, in 1916 by the Brownwall Engine & Pulley Company, and was brought along to this event by Paul Edwards. 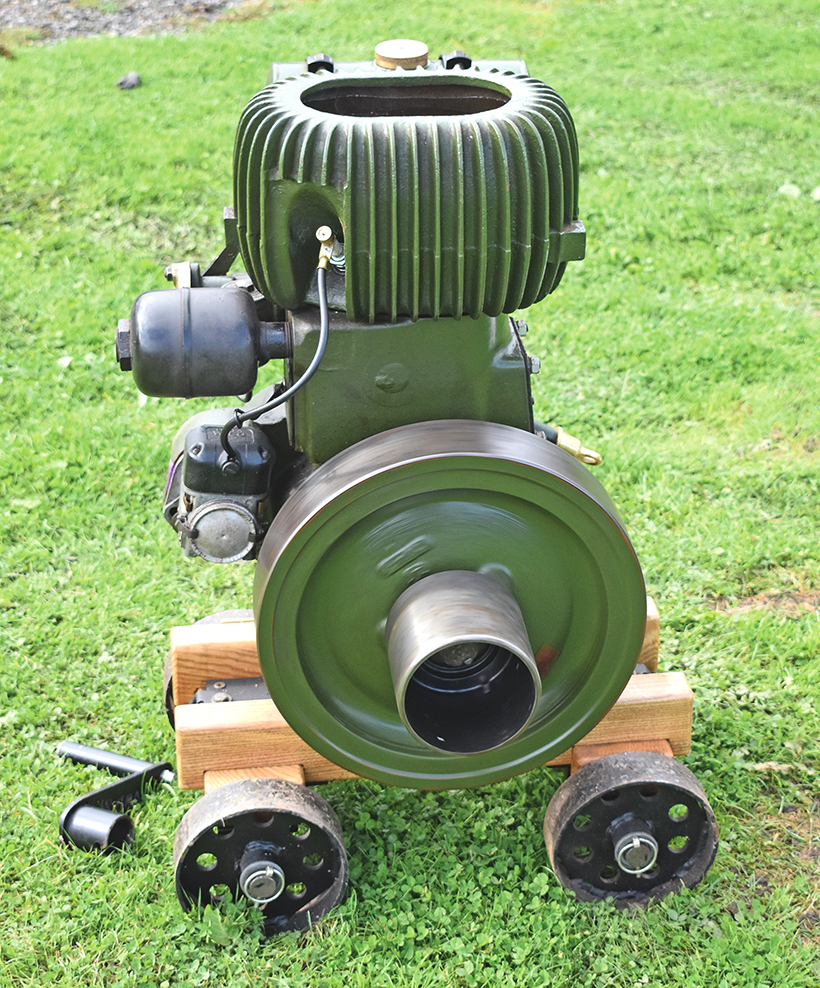 Brian Lightfoot’s exhibits are always well-presented, and this 1952 Wolseley 2¼hp s/n 37258 was no exception. Surprisingly, the engine started life in a cement mixer.

Such was the success of having stationary engines at the previous Steam & Diesel Gala in July (see Stationary Engine magazine October 2021 pages 10 and 11) that they were invited back again. Although the number of exhibits was slightly down, there was still plenty to interest enthusiasts and the public. 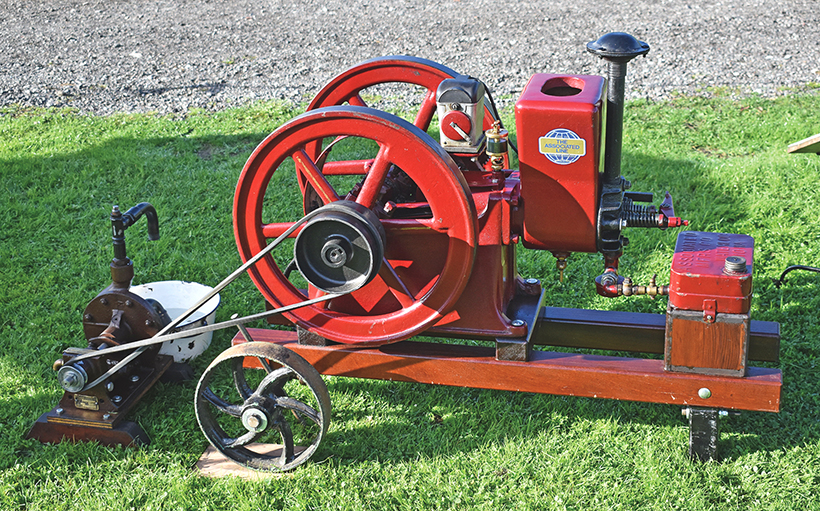 Engines by Lister and Amanco were well represented. Interestingly Keith Greatbatch’s enclosed crank “King of All” engine was marketed by the Bradford Engine Company of Shipley, Yorkshire, after they had entered into an agreement with the Associated Manufacturing Company of America (Amanco) to produce its new range of engines. His example was belt-driving a 1925 Stuart water pump. Indeed, there was a variety of water pumps on show. 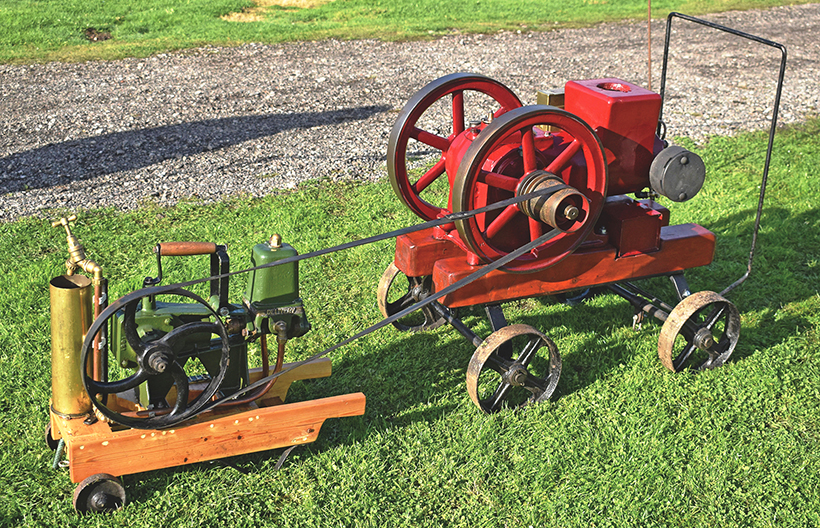 Keith Greatbatch brought along a 2hp Bradford Amanco, s/n 14439 ‘King of All’, built by the Bradford Gas Engine Company in 1935. This range of engines was promoted as the ‘new British Amanco’.

Paul Edwards always brings along a unique exhibit, this time he brought along a 1916 Brownwall type A, an unusual engine but not unique you might say. However, this was fitted with a “star wheel” ignition system. This was a period modification in the United States where the striker contacts the top of the star and in pushing it round the bottom of the star makes electrical contact to fire the spark plug. It is not clear what the perceived advantage was over the conventional ignition system, it is a rare modification even in America and is believed to be unique in the United Kingdom. 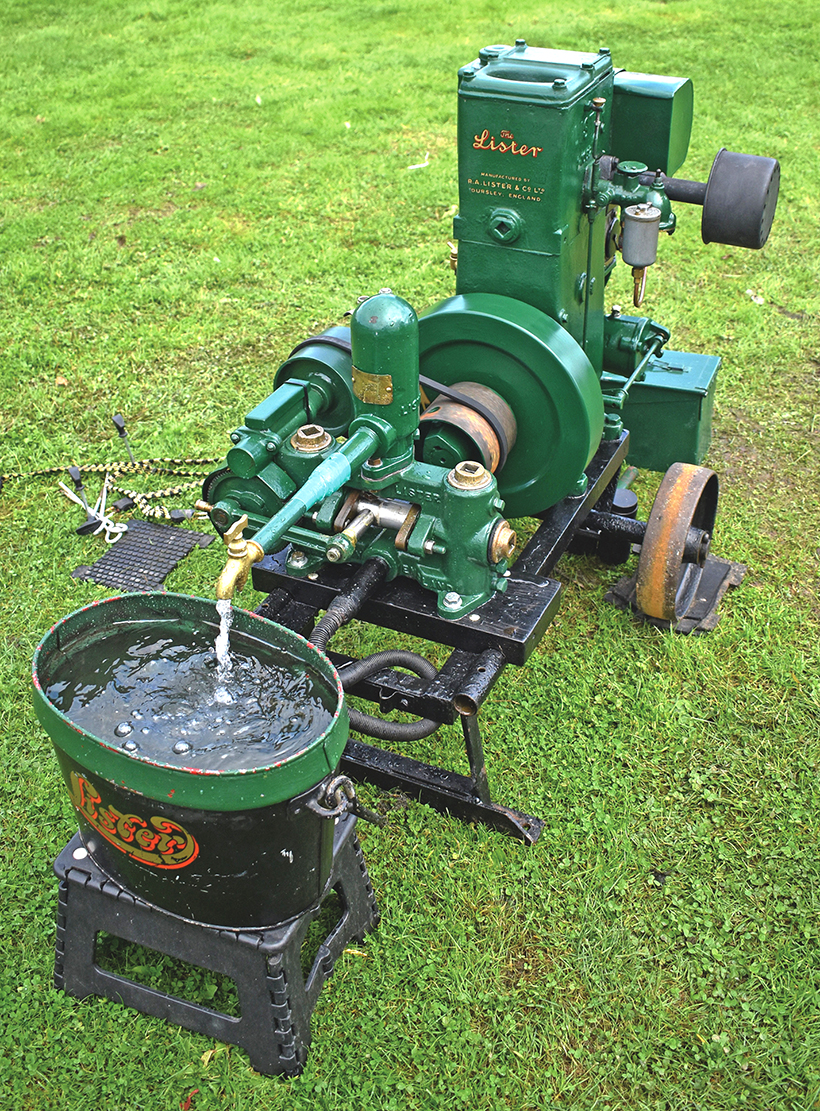 This smart 1½hp Lister D, s/n 3990 DKH7, was on a Lister trolley driving a Lister water pump; it was exhibited by Keith Hayward.

A great deal of time and effort had been expended by the volunteers to stage the gala, unfortunately the weather did not oblige; the Saturday was cold and extremely wet, bringing proceedings to a premature conclusion. However, the Sunday was different again and, apart from a couple of showers, was dry and quite warm in the sun and was well-supported by the public.

This venue is becoming increasingly popular with stationary engine enthusiasts. It lies alongside the extensive Apedale Country Park, and there is a large range of railway rolling stock, a Great War trench system manned by uniformed re-enactors, a museum, drift coal mine and, importantly, an excellent cafe. It is to be hoped that future stationary engine rallies can be held here. 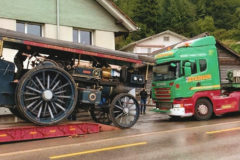 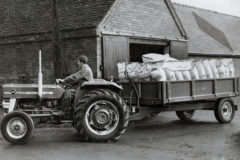