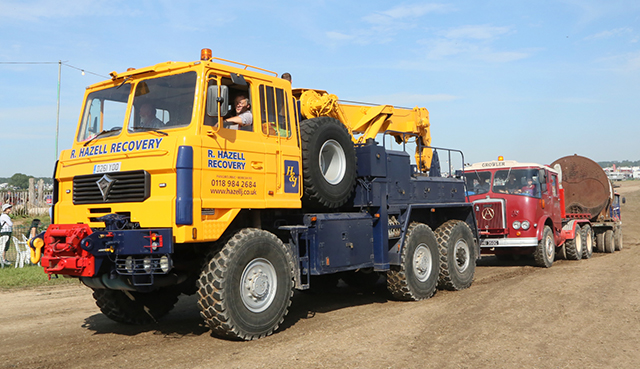 Fodens will come in all sizes at the 2020 GDSF. Do you have something that you need to enter right now? (Pic: P Love)

It’s been announced that the major feature for the 2020 Great Dorset Steam Fair is Foden Through The Ages – from steam to diesel. Peter Love reports on this and Foden’s fascinating history

Martin Oliver the show’s MD says it’s a celebration of a British classics, and that if you have an interesting vehicle, do get in touch by email to: jenny@gdsf.co.uk

Edwin Foden had an illustrious training, but also a natural engineering ability. He led from the front and his staff were loyal and, in the process, extended their own abilities. His Methodist upbringing gave him a care of others that’s difficult to fault.

We go back to Walter Hancock who, from his Stratford works in London, built the pioneering 1824-1836, steam-powered passenger road vehicles. It was in 1827 he patented his own successful steam boiler and, in 1829, he built the Infant; a ten-seater bus. From 1831 this provided a service between Stratford and central London and, on October 31st, 1832, it took a trip to Brighton – the first-ever of its kind that led to a proper service of sorts.

Then, on April 22nd, 1833, Hancock’s The Enterprise took to the streets for the London and Paddington Steam Carriage Company, starting a regular service between London Wall, Islington and Paddington. Amazingly, the service carried 12,761 passengers during 143 round trips, some 525 trips to Islington from the city and another 44 to Stratford. The engine covered 4,200 miles in the process, burning 165 tons of coke, and the carriages were in steam for 5.17 hours per day!

The Enterprise was well thought out, and adapted to the road conditions. With the boiler sprung, and using high-pressure steam, it could carry 20-plus people. The steering was by chain and wheel, and was certainly ahead of its time. Hancock built up a fleet of these engines – the first in the world. However, the Government and Queen Victoria decreed that the railways were the way ahead and, by the early 1840s, the Government’s Turn Pike Act scuppered any idea of such vehicles on the roads in the UK.

Hancock’s son George, who had worked closely with his father, needed employment, and set up with an associate called Plant (who financed him in the early days), the agricultural-based Elworth Foundry, in rural Cheshire. Son of Smallwood village shoemaker/dealer (the Elworth Foundry was three miles away), 15-year-old Edwin Foden, started as an apprentice at Plant & Hancock. However, he left the company and went to the massive London & North Western Railway Crewe Works, then moved to another engineering company at Kidsgrove. 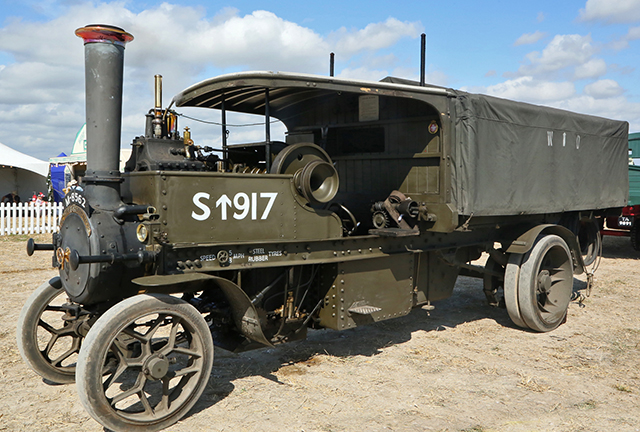 Foden was the largest producer of overtype compound steam wagons in the world, building more than 6,000 (Pic: P Love)

Nevertheless, he returned to Plant & Hancock when he was just 19. Having gained such vast experience in a relatively short time that he was in demand. By 1866 he was a partner in the business, now called Hancock & Foden. In 1870, Hancock semi-retired, but was there to help Edwin when he needed him for some years to come. The company was renamed Edwin Foden Sons & Co. Ltd in 1876, as Edwin’s son, William, was born in 1868. He was to join his father in his great endeavours when he became old enough.

Legislation played a critical part in keeping back the development of the British road system and, to a certain extent, the English traction engine. The 1861 Locomotive Act certainly was a body blow to all aspiring road steam engineers. The act stated that you could not travel more than four mph (two mph in towns) and you needed a flagman in front of any mechanical machine using the roads. There was to be other legislation introduced later on that didn’t help matters either.

Edwin Foden and his men were known for manufacturing machines that had been well-thought-out and engineered to a very high quality. Besides building industrial stationary steam engines in all sizes, during the 1870s threshing drums were also part of the business, until the end of the first decade of the last century. As for numbers, it’s quoted they made 50 between 1882-91, which is not a lot when compared to the quantities that companies like Fosters and Claytons were making (1000 per year at their height).

In 1878 the government under Disraeli pushed through the abolishment of the red flag act and various other restrictions. Although it was still not clear cut, at last things were starting to go in favour of the agricultural and road user to a small extent, although the railway was still king.

The WW2 Foden STG5 was the star at the 2019 GDSF show. It was a popular product for the company over a couple of decades (Pic: P Love)

However through its success with its compound traction engine, and a let-up in legislation from 1896, which allowed vehicles under three tons to travel at 12mph, the Foden team worked night and day to perfect a steam wagon design that would be reliable. They were just about ready in late 1901 for the War Office self-propelled lorry trials in Hampshire.

The trial went on for weeks and, quite clearly, the Foden was far superior in 99% of the tasks undertaken, compared to the Thorneycroft, which was a lot slower and used more fuel. However, the observers said that the locally-built Thorneycroft wagon was better ‘off road’ and declared it the winner, with Foden a close second. The results were even questioned in the House of Commons, and the decision didn’t go down very well in Cheshire where it was considered the Foden had clearly won.

However, out of all of this, the winner was eventually Foden, who continually developed his overtype steam wagon, eventually making over 6,000 of them. He devoted World War One production to it and the manufacture of wartime munitions, which meant the company gave up making traction engines, although one survivor dates to 1920.

The company went on to have a very long gestation period, as the board lost its way in the 1920s through to the mid-1930s. Nevertheless, it came back successfully, thanks to William Foden’s return from Australia, where he was joined by his son Ted, a successful salesman in his own right. The DG series of Gardner engine i/c lorries changed Foden’s fortunes until July 2006, when the last lorry left the line in Cheshire, but that’s another story… 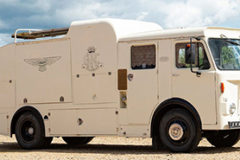 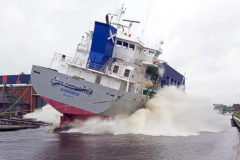