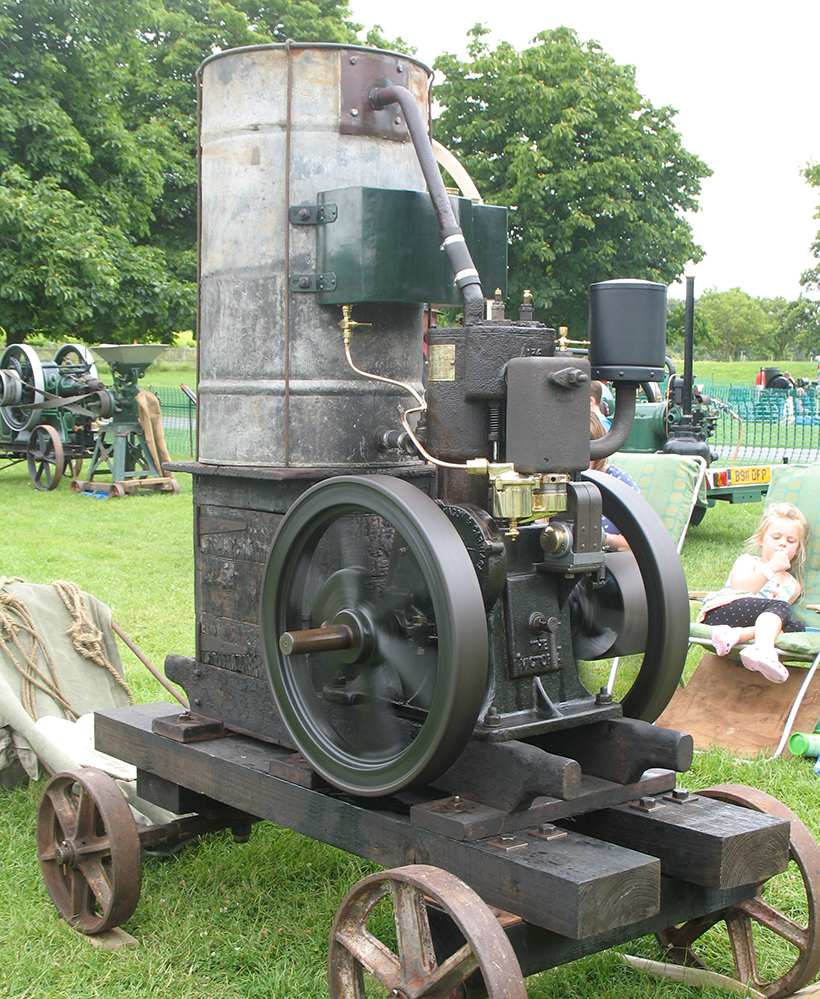 Stationary Engine magazine has featured examples of the Bristol Wagon & Carriage Works petrol engines on a number of occasions, they being instantly recognised thanks to their red livery and the distinctive sucking sound made by the carburettor. However, the company also produced a paraffin model such as the one seen here, and these were – almost without exception – painted green. 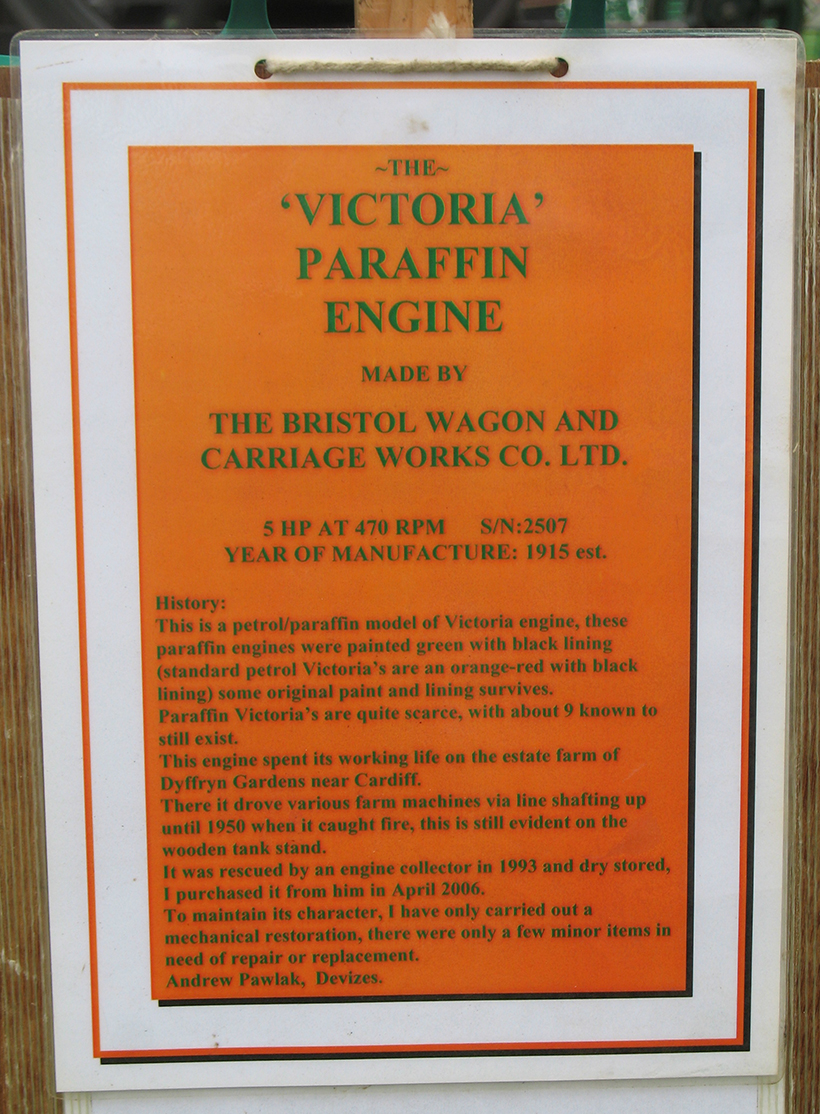 The information board that accompanied the engine.

The petrol Victoria engine was offered in three sizes; 3hp, 5hp and 7hp, while the paraffin model – which was introduced in 1913 – was available in one size only, with a 5hp power output. 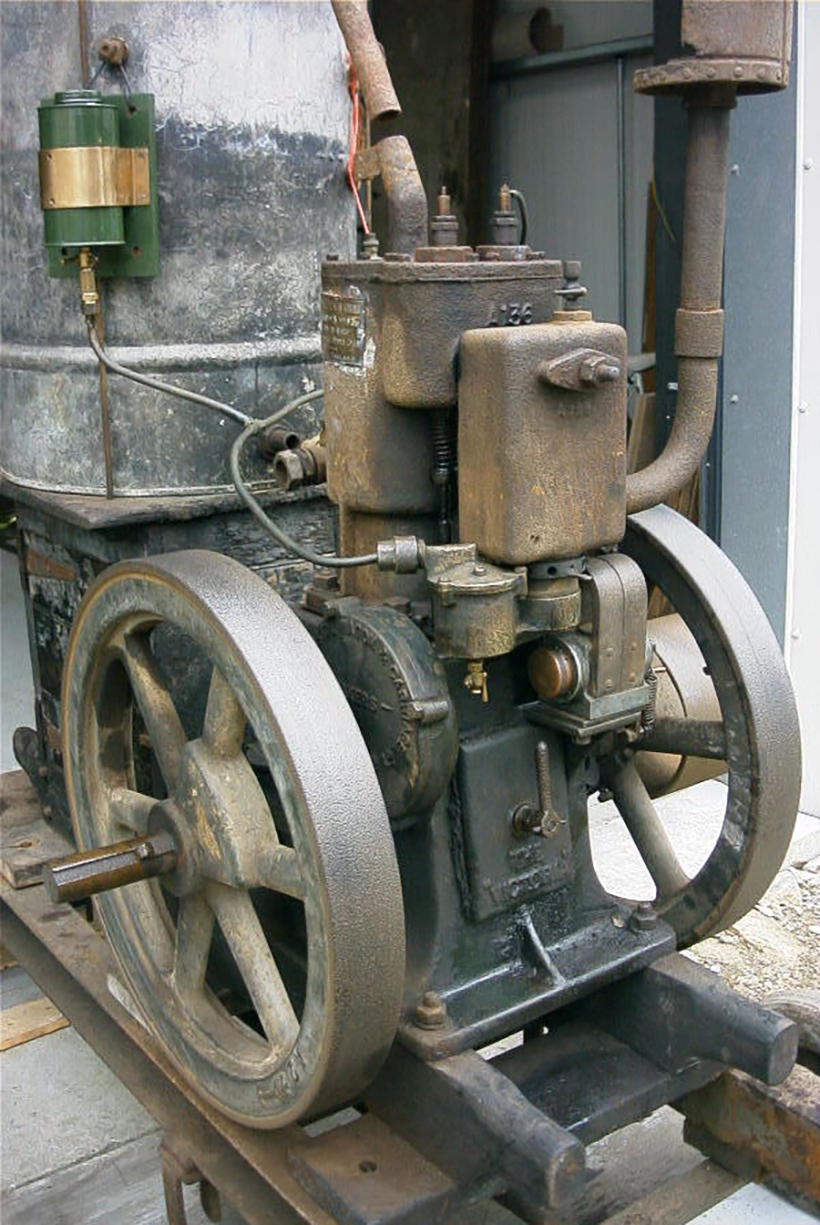 The engine in its early days of preservation; note the temporary fuel tanks. (Pic: Eric Brain)

This particular engine (serial number 2507), dates from circa 1915. It spent much of its working life on the estate of Dyffryn Gardens, near Cardiff, in Wales, powering various items of farm equipment via a line-shaft and pulley system until 1950, when it caught fire. What happened to the engine after that is uncertain but, in 1993, it was recovered by an engine enthusiast and dry-stored. Then, in April 2006, it was acquired by Andrew Pawlak of Devizes, in Wiltshire, and mechanically restored while retaining the original patina. 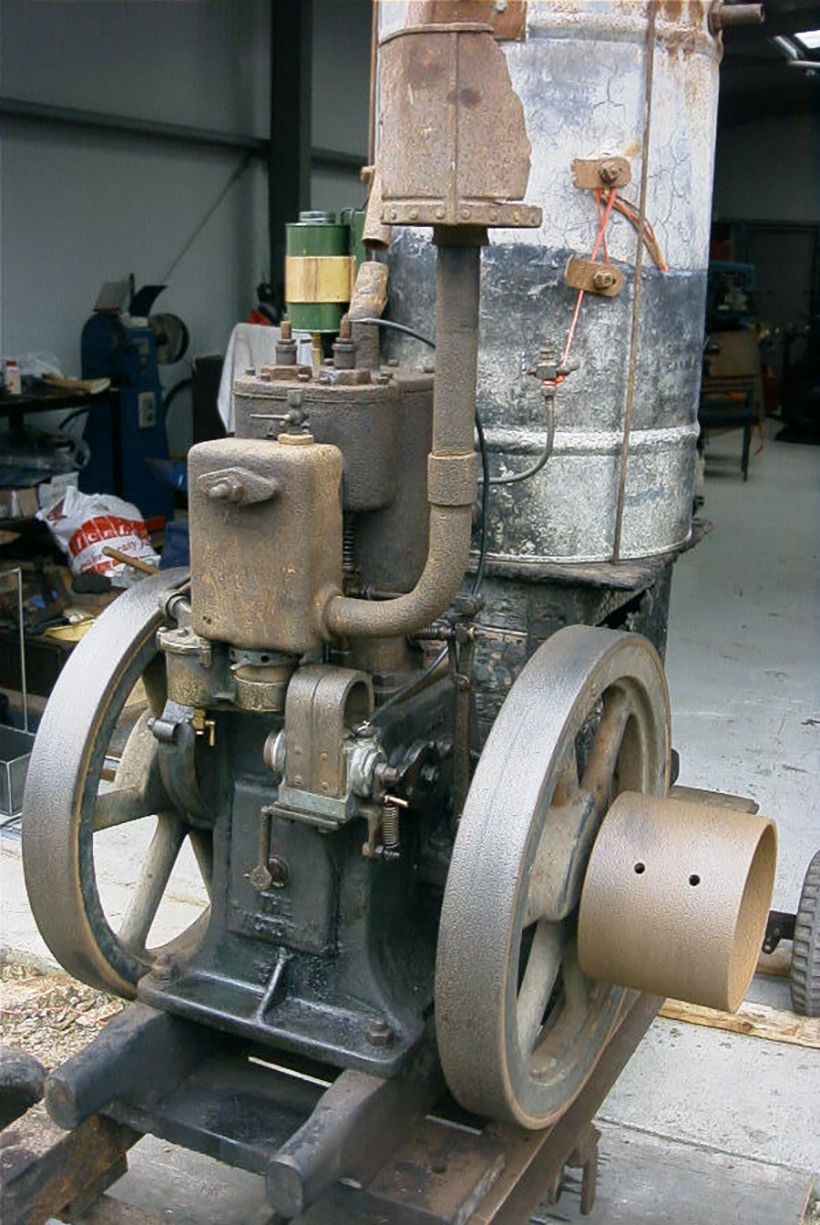 Another view of the engine. (Pic: Eric Brain)

This feature comes from the latest issue of Stationary Engine magazine, and you can get a money-saving subscription to this magazine simply by clicking HERE 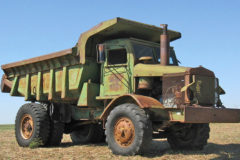 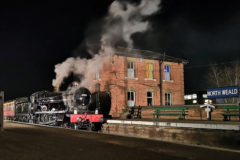