Nick Baldwin takes another look deep into his archive, and unearths some fascinating photographs of classic digging and craning from his personal collection. 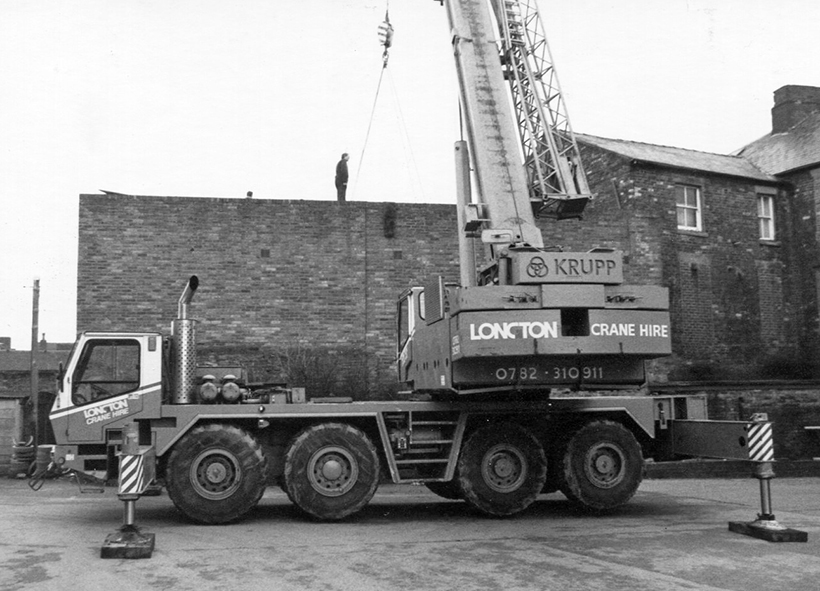 Classic digging and craning: A Krupp crane rescues an imprisoned Dennis bus in the Potteries.

The image of the Longton Crane Hire eight-wheel telescopic crane brought back memories of a visit to the Potteries, to see this machine rescue a vintage Dennis bus that was entombed in a nightclub. The Dennis had been a select dining room until it was spotted by an enthusiast who, somehow, managed to buy it and extract it through the roof.

I came across the Faun chassis in the yard of a crane hire company at Bemay, south of Rouen, France, and it appeared to be an LK model dating from around 1960, which normally carried Orenstein & Koppel or Wilhag, 13-tonne cranes. It was powered by an air-cooled, Deutz, 265hp V12 diesel. Apparently the same chassis, but with a steered centre axle, was also supplied to the German Army, with Krupp Ardelt cranes. 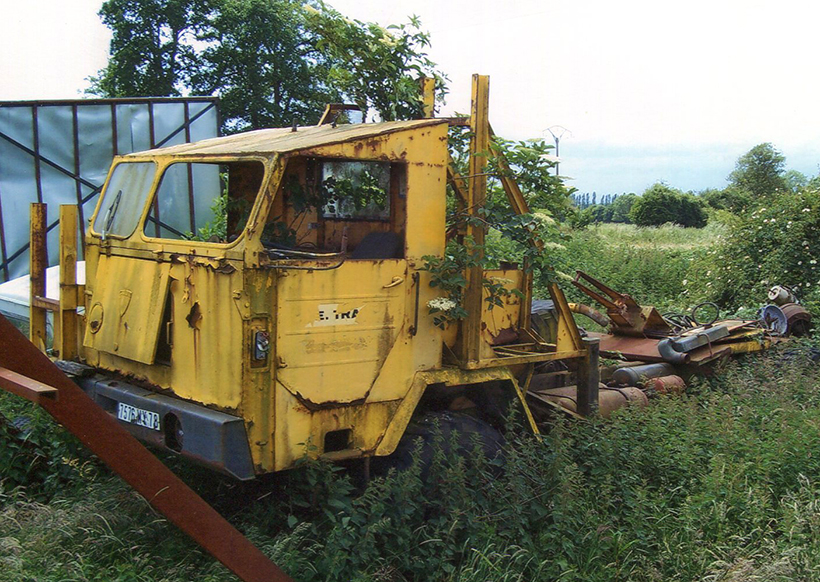 A Faun 6×6 crane carrier chassis buried in the undergrowth at Bemay, in France.

Useful acquisition
Faun also made dumptrucks and, in 1977, acquired construction machinery maker Frisch, to offer an extensive range in the 1970-’80s. Its all-wheel-driven dumptrucks were available, in theory at least, through Foden outlets in Britain. Its crane carriers were also available here and, as one of the photos shows, was offered as original equipment with the Ruston-Bucyrus 45RBC. Faun-Frisch made excavators, graders and wheeled loaders, to which they added the American Trojan range from Eaton Yale and Towne. For a time, the Faun group belonged to crane maker Orenstein & Koppel (which also sold Case in Germany). In 1990, Tadano of Japan bought Faun’s crane business, and the rest carried on under separate ownership.

The rusty, Gross XJB 320 shown alongside, was for sale in a builder’s yard, and carried a plate stating that it was a seven-tonne crane with Deutz 28hp motor, built in 1963 by A Gross GmbH Baggerfabrik, Schwabish Gmund. Does anyone know the Gross story as I can find few references? It isn’t known whether this particular crane was saved or scrapped. A 1963 Gross seven-tonne mobile crane, with twin tyres all round.

Continuing the German theme, we have a well-boring rig that seems to have reached the end of the road in Greece, and a Hanomag bulldozer. Hanomag was a business with a long and interesting history. Founded in 1835, it went on to make steam locomotives and then, seventy years later, steam wagons. It became a leading maker of farm and road haulage tractors in the 1920s, then diesel lorries in the 1930s. This latter business merged with Henschel in 1968, and passed to Daimler-Benz in 1970. 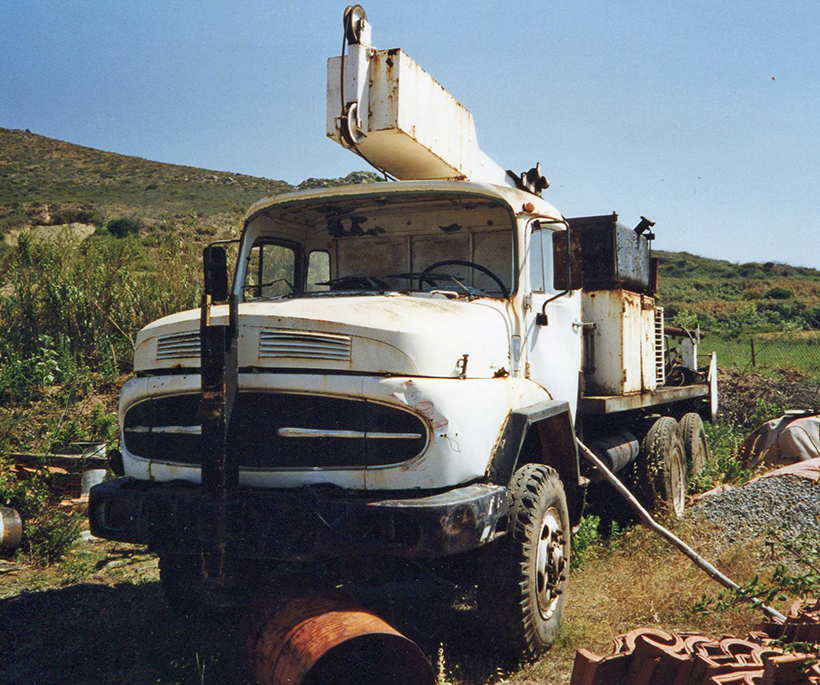 A well-drilling rig on a 1970 Mercedes-Benz 6×6 chassis, ending its days in Greece.

Taking the load
Meanwhile, the tractor business, which ceased in 1971, had moved heavily into construction machinery, most notably loaders. These were acquired by Massey Ferguson, but soon sold on to the ill-fated, German-based IBH group. In 1989, what was left of the Hanomag loader business was acquired by Komatsu. 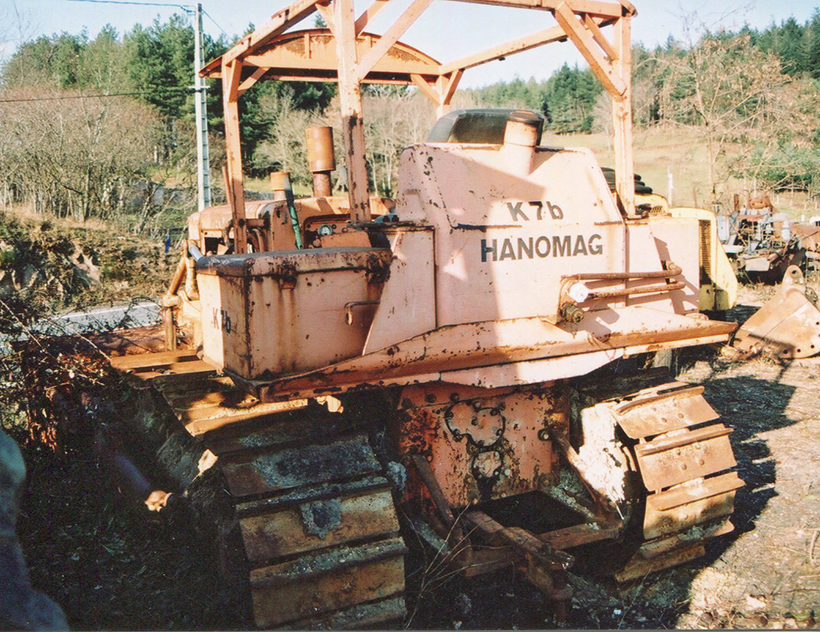 As well as tractors and wheeled loaders, Hanomag also made bulldozers.

It’s strange how complex the history of so many construction machinery companies became after the financial meltdown provoked by the Middle East oil crisis of the 1970s. We tend to think of German manufacturers as being impervious to all the problems that hit Britain’s famous firms at that time. However, the reality was that Germany was almost as badly affected, and very few of the great names of the past are still with us. 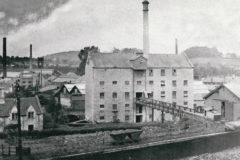 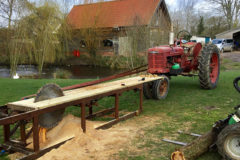