Michael Roberts recounts the story of how he managed to become the owner of a rare Regalite generating set. 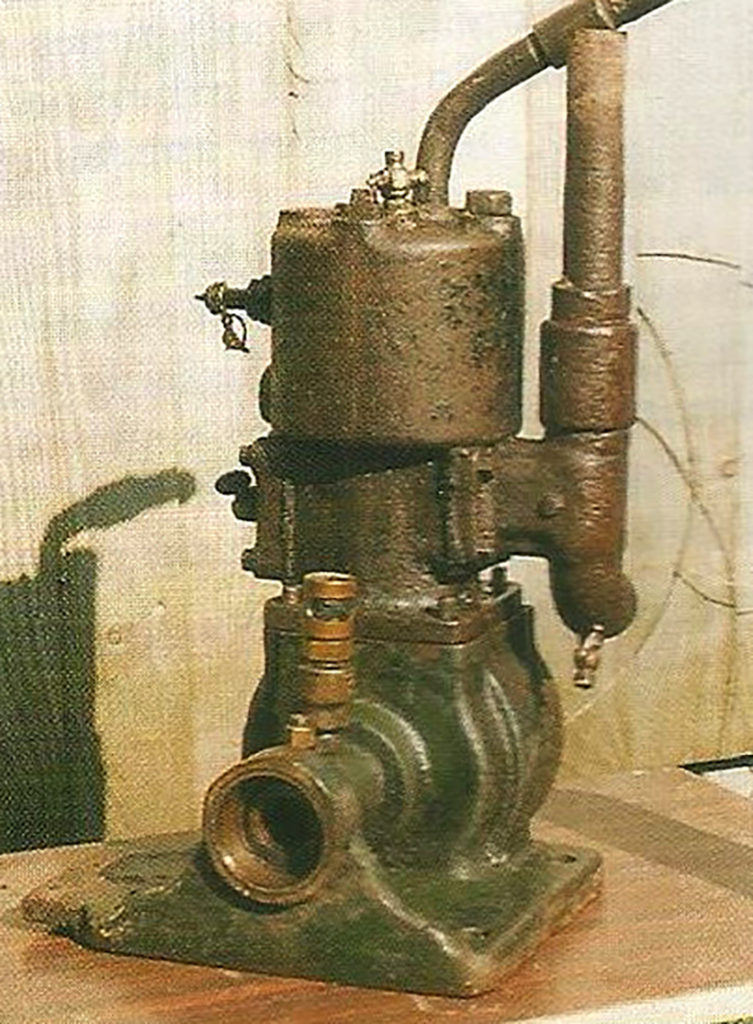 The remains of the unidentified engine belonging to Eric Brain, as published in Stationary Engine edition No. 281, back in 1997.

I enjoyed Eric Brain’s story regarding his Fowler engine in the December 2020 edition of Stationary Engine. It was interesting to hear about how the farmer showed Eric the engine in the milking parlour on the farm at the bottom of his garden back in 1973, but that the farmer didn’t want to sell it. Then amazing to learn how – many years later – just as Eric was wondering what happened to the engine, the farmer’s son emerged from his cottage and offered Eric the chance to buy the Fowler, as if summoned by ‘some physic power or thought-transference.’

I have to say that, although coincidences do happen, I hadn’t really given a lot of thought about anything classed as ‘super natural or psychic experiences’. Indeed, just after the start of 2020 this year, we had a religious group knock on the door, inviting us to join their church. Politely I declined, stating the only thing I believed in that I couldn’t see, was electricity. But now I’m not so sure! 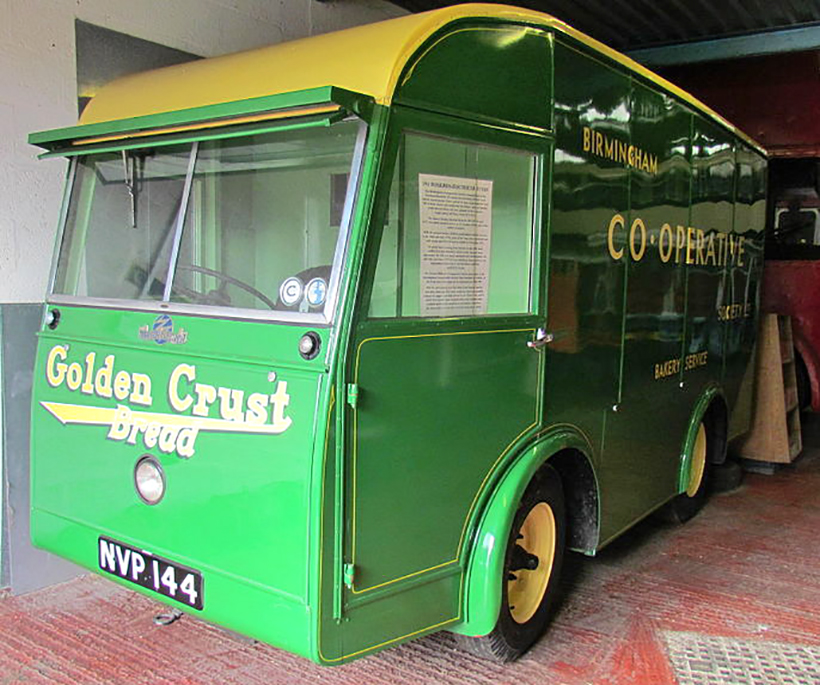 A milk float manufactured by AE Morrison, now restored and on display in the Transport Museum, Wythall.

I decided that, given the dreadful virus situation, I would spend some time making calls/sending emails to friends that I hadn’t seen for far too long, for a general catch-up. So, one Sunday morning, I got in touch with Eric and, shortly afterwards, with Robin Lambert in Frome, Somerset. It was great to speak with them both about engine-related chat and general, family things. During my conversation with Eric, the late John Kyte’s name cropped up (formerly of Market Lavington).

It was great to hear them both and, afterwards, I said to my wife, Helen, that I must make a concerted effort to keep in touch with people during this Covid-19 situation, as it could be months before we get to meet again, and that’s just too long! 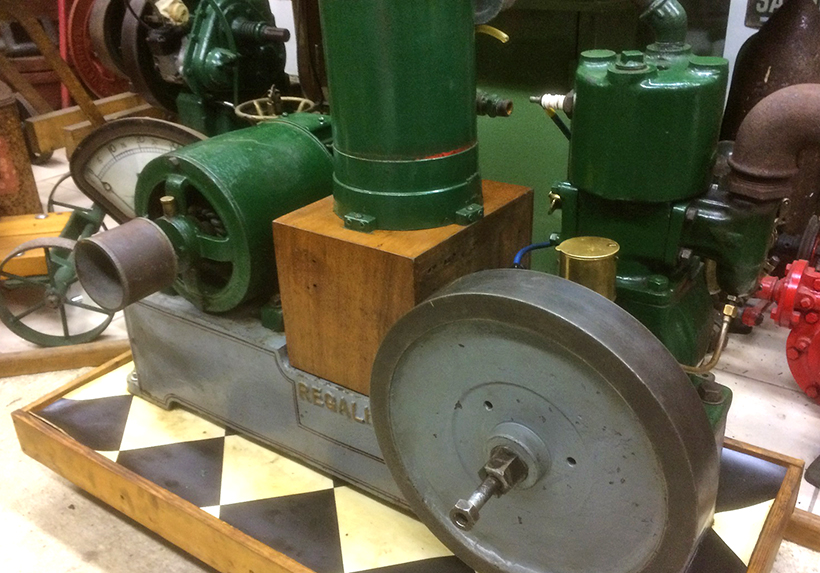 The engine I recently purchased, from a classified advert placed in Stationary Engine magazine.

In the same issue of Stationary Engine as Eric’s article appeared, I spotted an advert for a little Regalight generating set that was for sale. I wasn’t looking for another project at the time (the shed is full, and anything new means that something has to go to make space). However, this was a very small set so, with a little re-organisation, I reckoned I’d be able to squeeze it in!

Not having heard of the make before, I rang the chap and I asked if it would be possible for him to email me a few more photographs, which he was happy to do. In the meantime, I grabbed my trusty Stationary Engine magazine indexes and found a couple of references to Regalight, and here’s how it went: 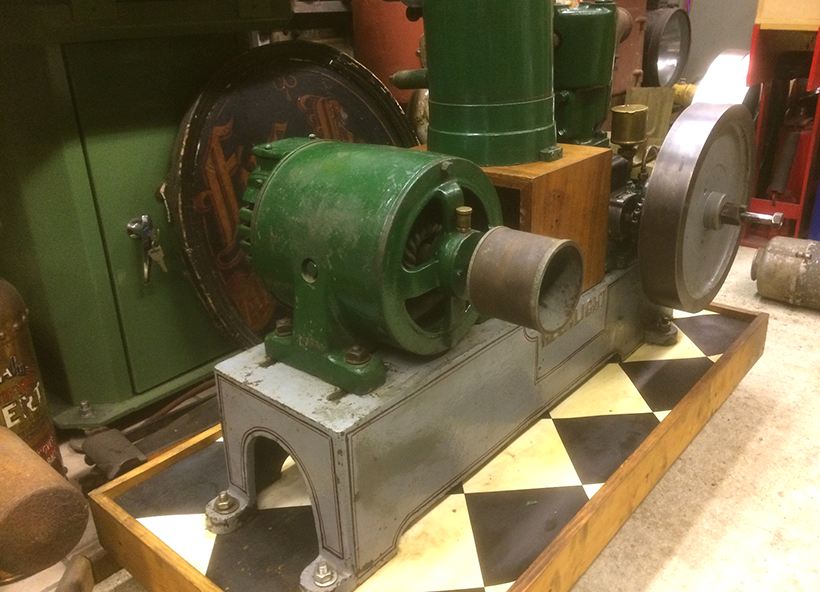 Another view of the generating set.

Issue 281 (1997): Mr Eric Brain sends in a photograph of the remains of an engine, asking for help with identifying it.

Issue 282 (1997): Mr Hamer identifies it as a Regalight, stating that the dynamo is belt-driven from the main flywheel.

Issue 289 (1998): Eric replies with the information that his derelict engine was given to him by David Edgington, following a clear-out. However, he’d bumped into Robin Lambert who had a Regalite base fitted with a Stirling engine, given to him by John Kyte. This posed the question: Would the two be reunited? Of course, those names were the same three people involved in my most recent series of calls. How spooky is that? 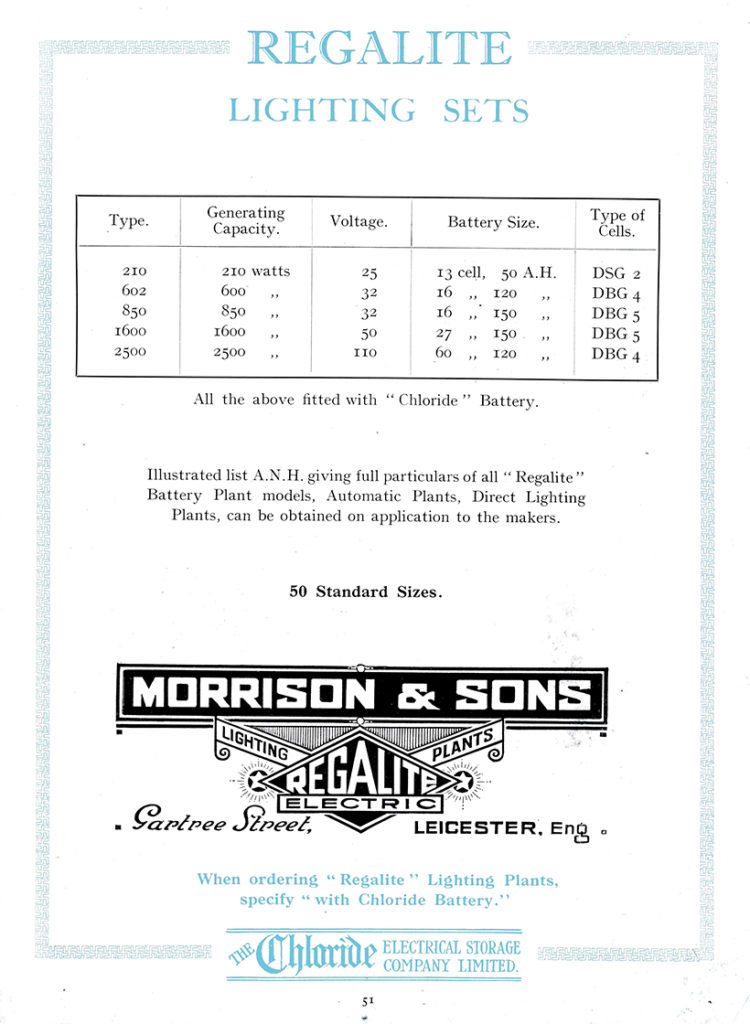 A page from an AE Morrison catalogue. (Courtesy: Phillip Thornton-Evison)

As for the set advertised for sale, after 419 miles and 8½ hours of driving, it was mine. It was a long way to go on my own, but I enjoyed the ride out (just to clarify things, this all happened before any lockdown restrictions were introduced).

So, what do we know about Regalight? In Mr Hamer’s reply, he mentioned that the set was manufactured by AE Morrison Ltd of Leicester and, again, in Eric’s response there was a photograph of a brass plate on the base-casting with such information. But I couldn’t really find anything out about them; it wasn’t until I messaged Darren Curryer, who replied with: “Have you tried looking at Electricar?”

The Electricar Company was predominately known for the manufacture of electrically-powered vehicles, such as milk floats and bread vans; short-haul, local transport. So, some further investigation revealed the following (taken from the internet):

‘In the 1890s, Alfred Ernest Morrison started a small engineering company in Dover Street, Leicester, using £22 of capital given to him by his father. Products included bicycles, motorcycles and carriages to fit on the front of tricycles.

‘He also patented and manufactured an independently-sprung wheel which was fitted to motorcycle sidecars. Gradually, he diversified into gas-powered stationary engines, which were used to power water pumps, compressors and generators for lighting systems. 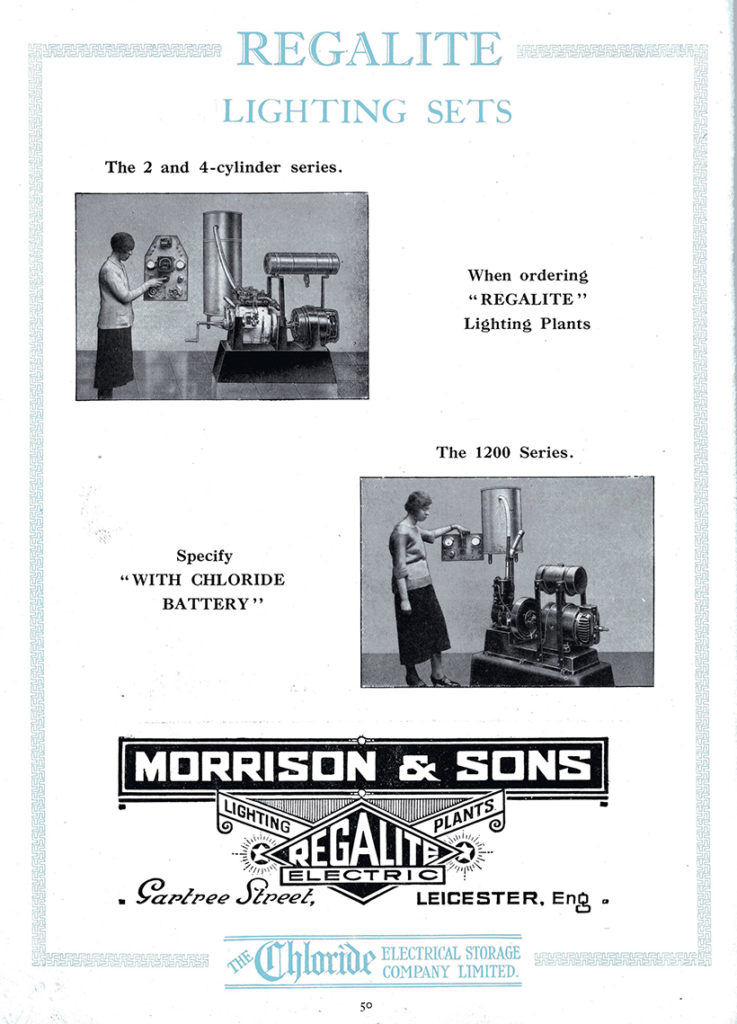 ‘By the early 20th century, the business was known as AE Morrison & Co, and it started to build Tiger motorcycles. But stationary engines continued to provide the main focus. During the First World War, the company repaired agricultural machinery, but reverted to making stationary engines when hostilities ceased. Expansion led to a move to Grace Road, Leicester, in 1921-22, and the company began marketing chargers for vehicle batteries, and also for radio batteries.

‘When ‘talking pictures’ were introduced to the cinema in the late 1920s, the business moved into the manufacture and installation of cinema equipment. One important innovation was an electric motor that ran at a constant speed. It was DC-powered, with a nickel frame, rather than the more usual iron one, and the constant speed ensured good sound reproduction.’

Shortly afterwards, I had a call from another friend, Philip Thornton-Evison, who had kindly looked back through his library of period books and found an entry for Regalite, with an advertisement for its generating set. It’s interesting to note that the advertisement promotes the word ‘Regalite’ however, cast into the base of the engine, is the word ‘Regalight’.

It would appear that the company offered its generating sets as either direct-coupled or belt-driven versions, with the engine and dynamo mounted on a cast iron base

My set was purchased mounted on a plywood base, with linoleum tiles to represent a period installation. The base was fitted with castors to ease movement, the cooling tank was fitted in between the engine and dynamo, a fuel tank was strapped to the cooling tank and had a Wico magneto.

When I started to strip everything down and, having removed the old paint from the dynamo, I found two brass rivets which might have held a manufacturer’s name plate, or maybe details of the dynamo’s output. If this assumption is correct, it would be good to have a replacement made, so I’m wondering if anyone has an original plate, a photograph or even a drawing of one? That would be a great help. I’d also like to get in touch with anyone owning – or having knowledge of – another Regalite Lighting Plant.

My plan now is to rally the set as soon as possible, so I will need to make a different trolley to make moving to about on rally fields easier. I also still need to give some thought to how best to display the set.

As to Eric’s parting comment regarding the purchase of his Fowler engine: “Life takes some strange turns.” Well, he was certainly right, and perhaps I shouldn’t be so dismissive the next time a religious group knocks the door! 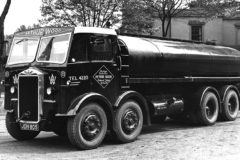 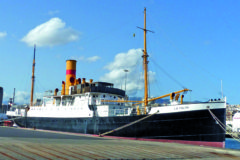