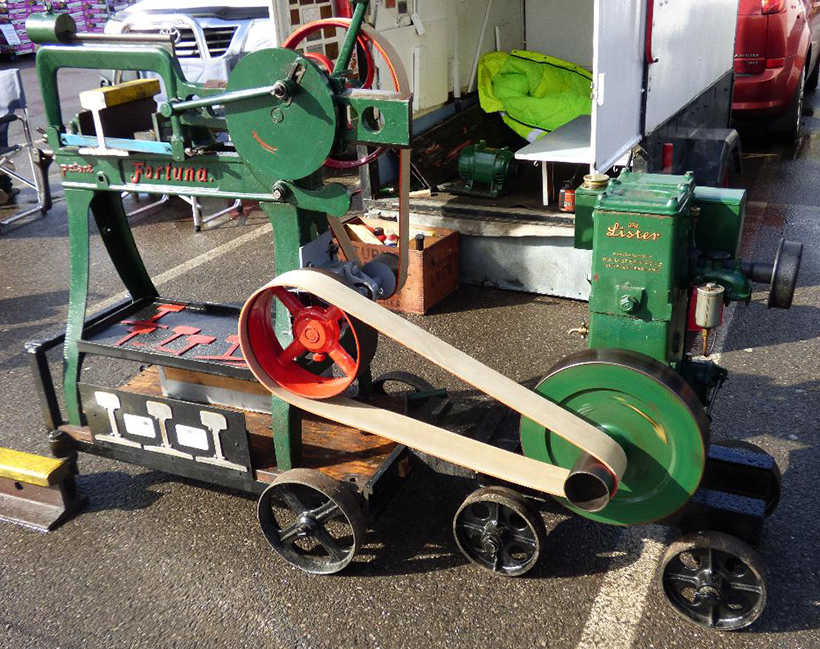 The Paddock Wood engine gathering, organised by the Sussex & Kent Weald Stationary Engine Group was, for its members, possibly the last weekend of activity before the arrival of the Coronavirus legislation, put in place by the government.

On Friday, March 13th, we held our annual general meeting, which went ahead in front of 30+ members. Reports were discussed with no problems arising, and very few questions were put forward; all with no serious consequences.

The following day (Saturday) saw us at Paddock Wood Garden Centre to enjoy the Group’s Valentine’s Event, which had been postponed due to storm ‘Dennis’ earlier in the year. There was a total of 17 engines on show, including the well turned-out Teagle B2 – complete with a Themac pump – exhibited by Martyn Filmer and Roger Manklow. 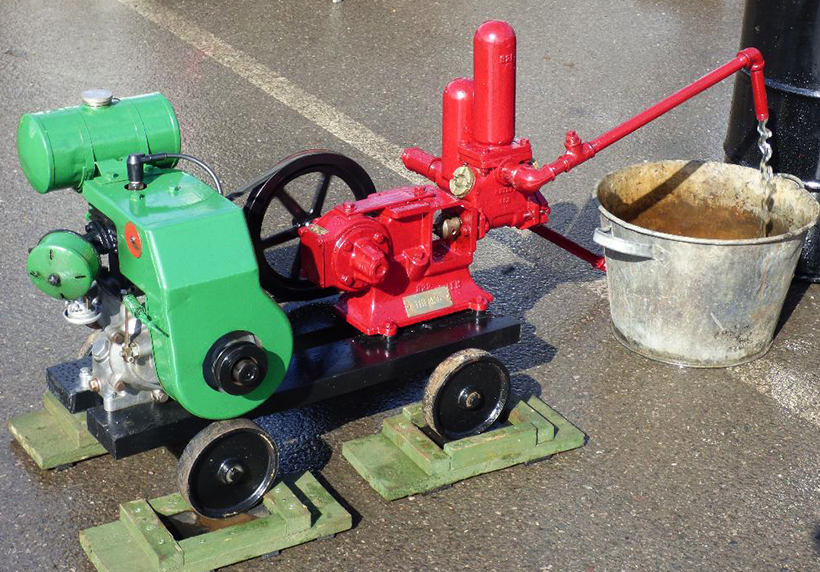 This nice little outfit comprising a Teagle engine and Themac water pump, was exhibited by M Filmer and R Manklow.

That engine was manufactured in Truro, Cornwall, in 1955 and the water pump, which dated back to the 1950s, was built in Coventry. Martyn and Roger enjoyed a great weekend, and were awarded a trophy in recognition of their constant help at the group’s events.

Andrew Gisby and Dad, John, brought along a 4hp Ruston & Hornsby Class AP, dating from 1930; it was driving a 110V generator. Unfortunately, the day wasn’t without problems for them but, by the end, Andrew had sorted out the faulty carburettor. 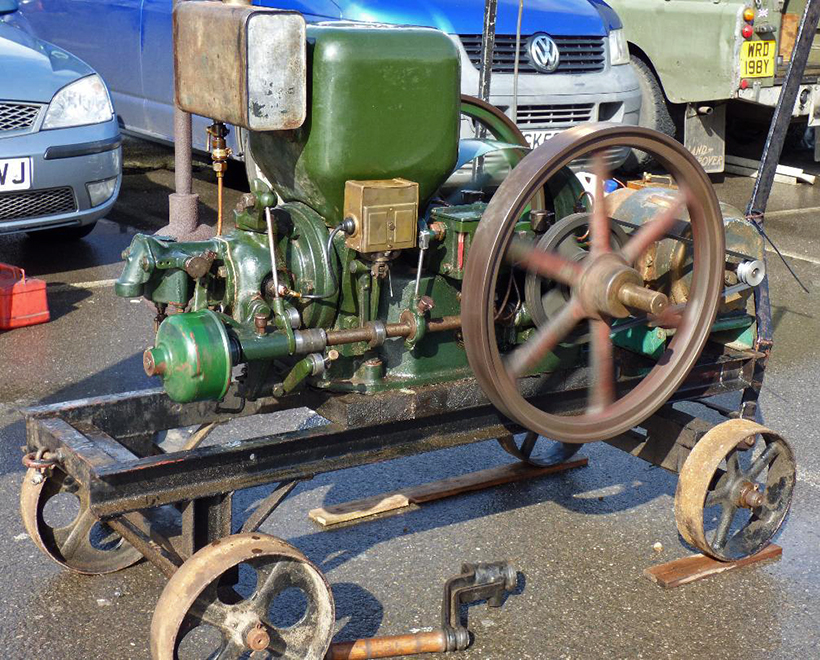 A 1934 Lister D driving a Lee Howl pump belonging to Roger Manklow, was very smartly turned-out, as was the Wolseley WD2 owned by Lawrie Hammond. Tony O’Sullivan was driving his Fortuna power saw with his 1948 Lister D and, next to it was Dave Firmin’s Lister D. 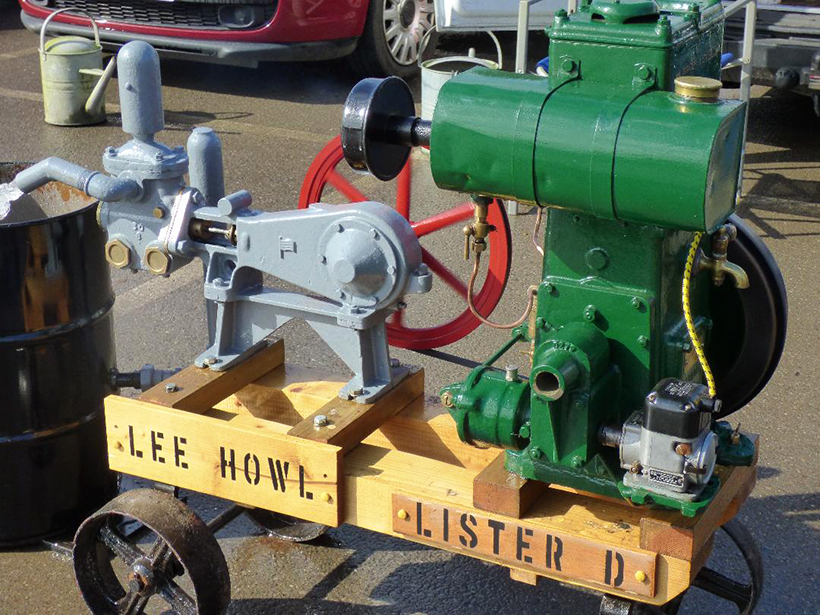 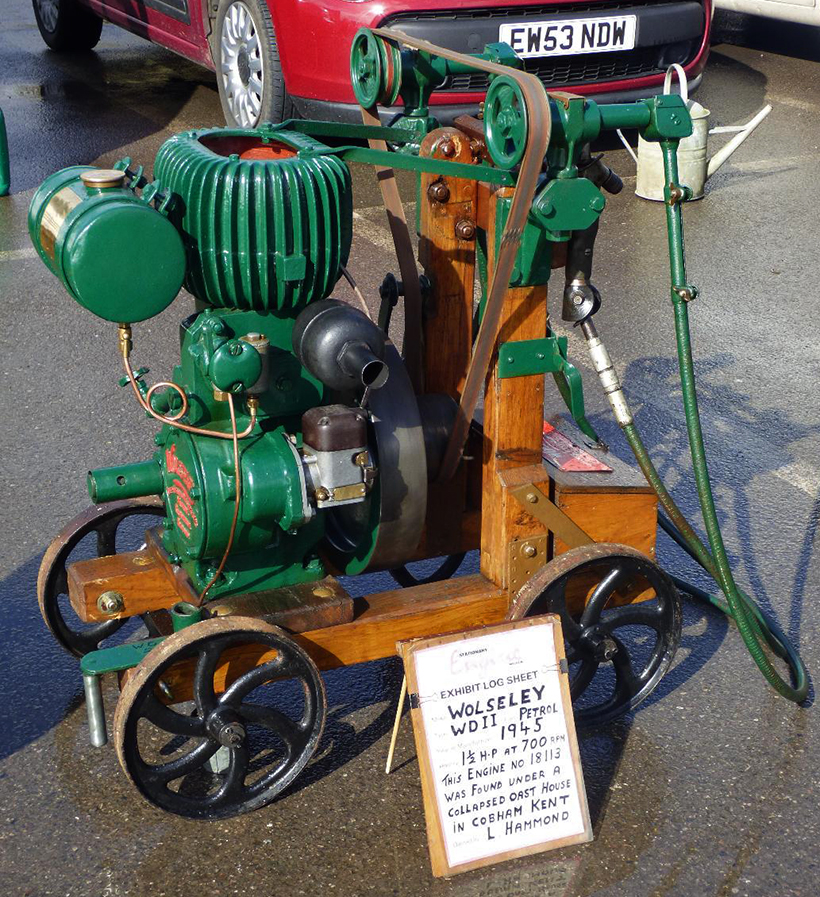 Oliver Goldsmith, from Deal, Kent, proudly displayed his 1936 Ruston & Hornsby Class AP, which was sold to agents Meats & Co of Cheltenham for agricultural uses. The engine was finished in the correct Hornsby colour of chocolate maroon. 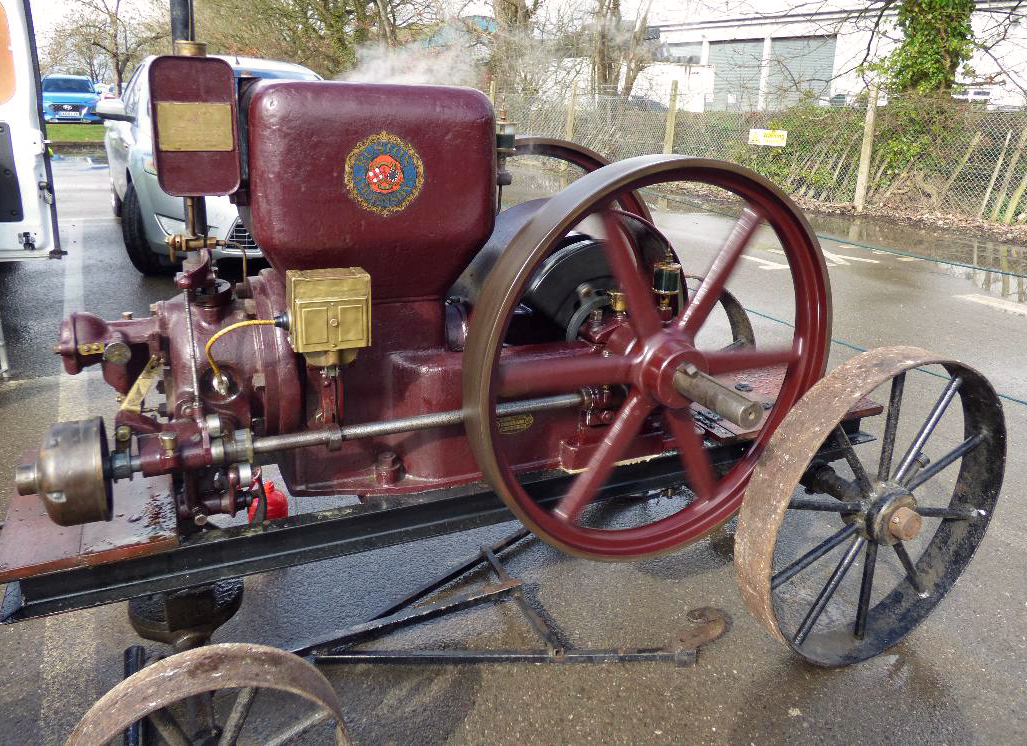 Various other engines were in the line-up, including a Wolseley WD1, plus a couple of Ruston & Hornsby Class PBs. Then there was a rare Butler gas engine, two more Lister Ds and a small JAP, complete with an equally small generator.

I decided to give my Moffatt Virtue engine a rest and, instead, gave the Ruston & Hornsby ‘Carrot Hopper’ engine a day out; it ran perfectly for the whole day, perhaps even better than when I first restored it, just before the Millennium. 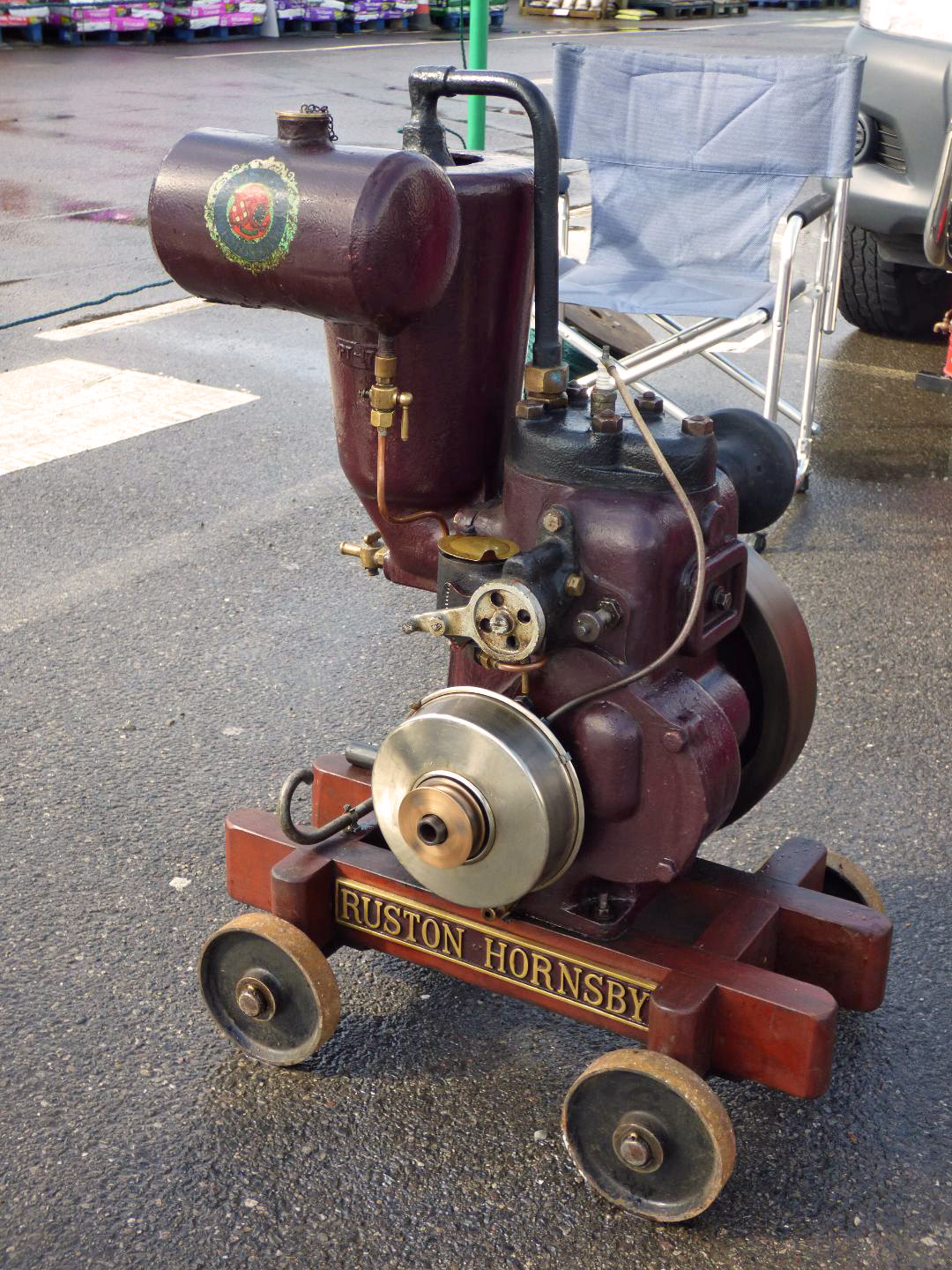 I was showing my ‘Carrot Hopper’ Ruston & Hornsby engine.

All in all it was a very interesting day but sadly, due to the Coronavirus crisis now affecting everything in Great Britain, this could be our last show for some considerable time. We shall just have to wait and see how things pan out. 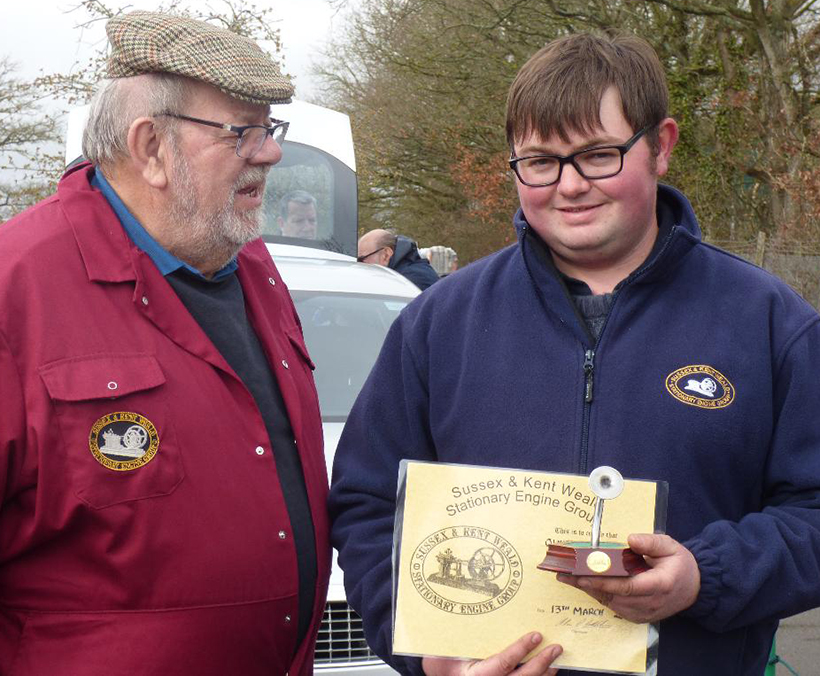 The ‘unlucky’ trophy was awarded to Oliver Goldsmith. 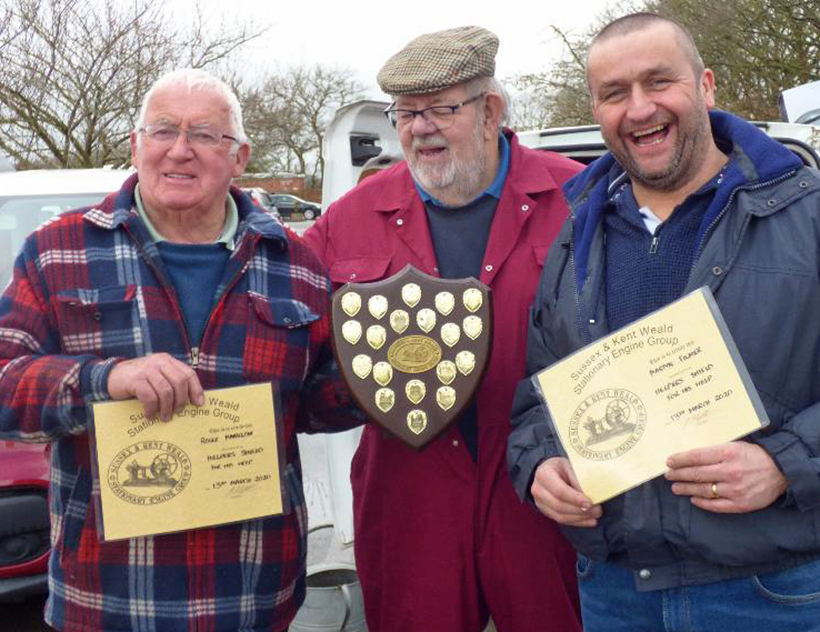 The ‘Helpers’ shield was presented to M Filmer and R Manklow. 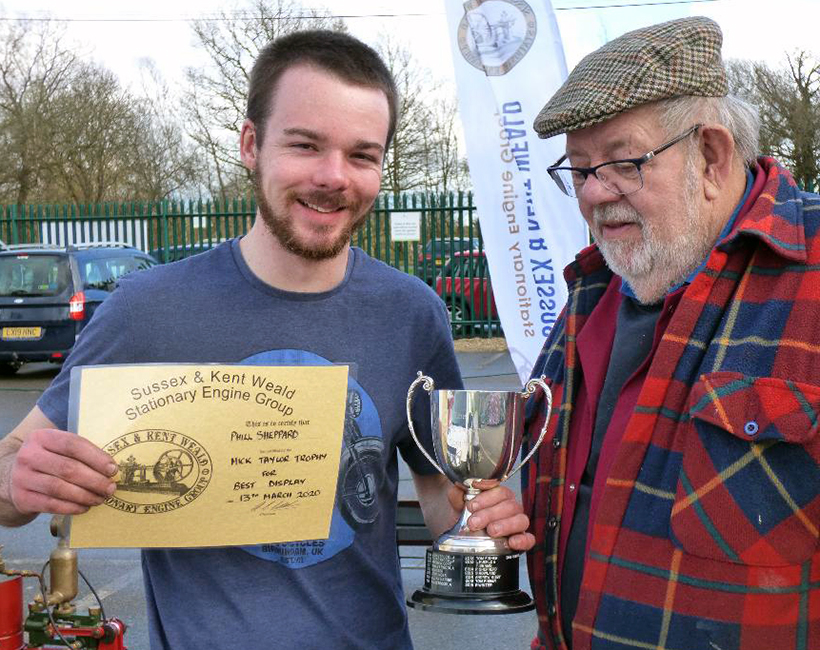 The Mick Taylor trophy for Best Display on the Day, was awarded to Phillip Sheppard. 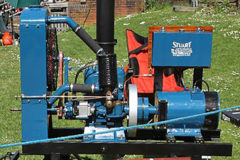 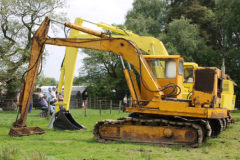