Alwyn Rogers reports on his Fowlers on parade at the 40th Anniversary Steam Rally held in the village of Slaidburn, in Lancashire. 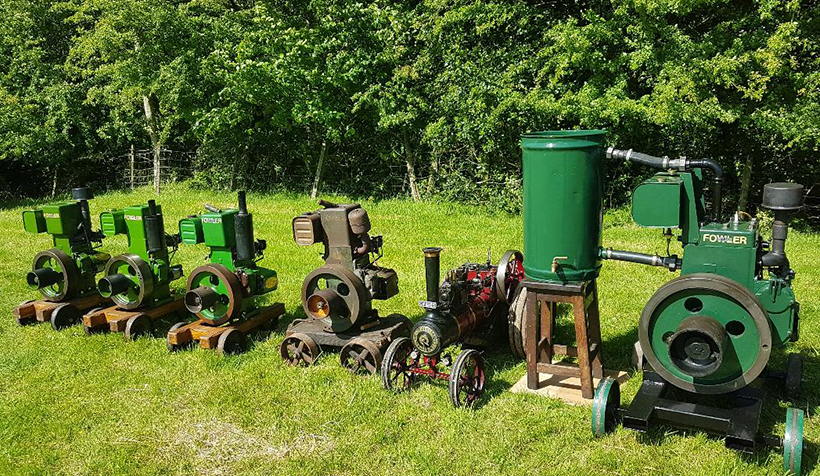 Fowlers on parade: This was the first time that I’ve exhibited my five Fowler engines together with my three-inch scale Burrell traction engine.

Are Fowler stationary engines like buses? You don’t see one for ages then five turn up at once! This was the case at the 40th Anniversary Steam Rally, which was held on June 11th-12th in the picturesque village of Slaidburn, which nestles in Lancashire’s Ribble Valley.

Held in the Hark to Bounty pub car park and the adjacent small field, the event always attracts a wide variety of exhibits, from full-sized traction engines through usual cars and tractors to stationary engines. This year there were 10 stationary engines, five of which were the five Fowlers belonging to me. While I’ve had my ‘Fowler family’ for some time, this was the first time that I’ve had the opportunity to show all five engines at the same event, together with their stable-mate, my three-inch scale Burrell traction engine which, itself, is 57 years old.

Each of the Fowlers is slightly different. The first one that started my interest in stationary engines back in 1972, (as featured in Stationary Engine issue No. 481), took pride of place. It’s a 1 PAL 1½hp with the small cooling hopper, and was originally fitted with a Wico magneto which got lost in the post while being sent for repair a number of years ago. I replaced it with an available Lucas type, as a stop-gap measure until another suitable Wico turns up. 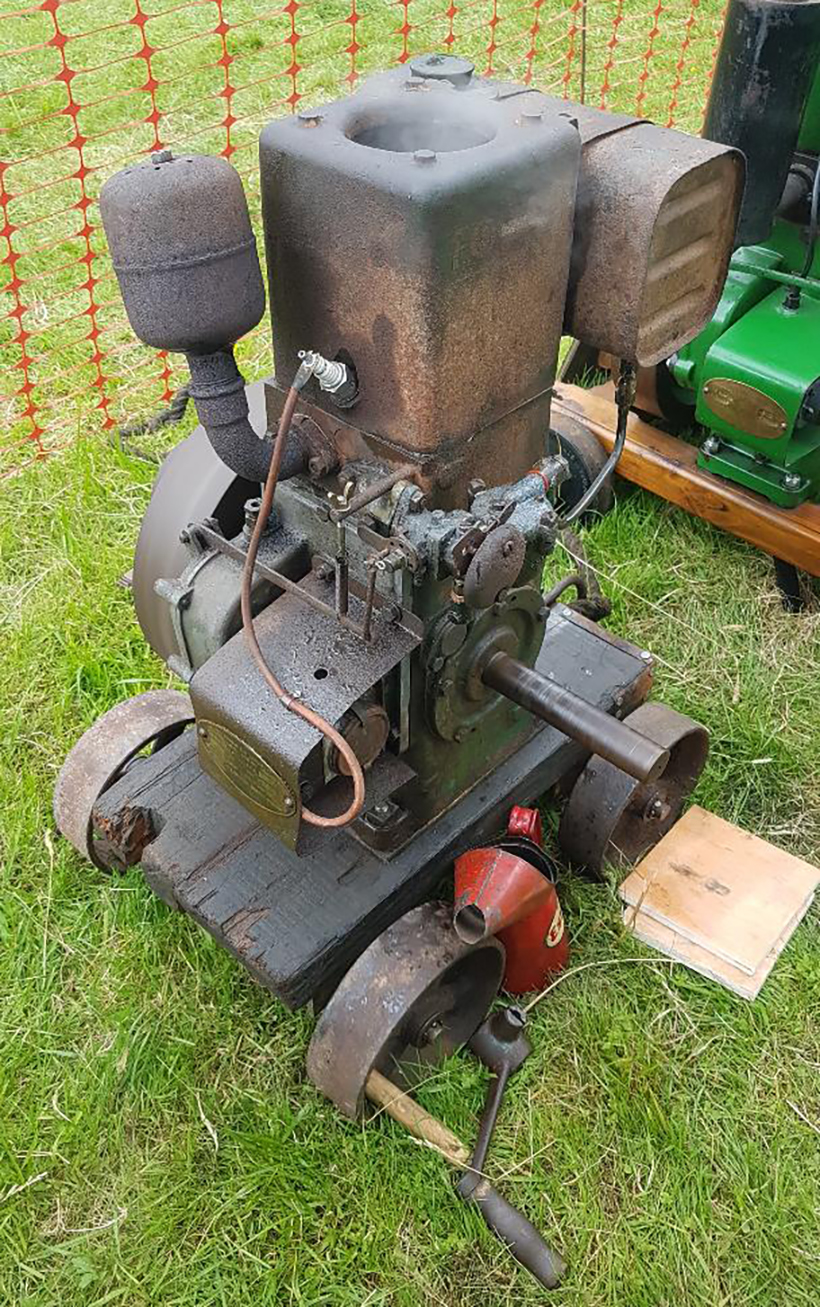 This is my ex-farm engine.

The second engine is again a 1½hp 1 PAL, but with the larger cooling hopper and a Lucas magneto. I don’t know if this engine is a much older restoration, or still in its original paintwork; it has a few scars from its working life which I intend to leave as they are part of its history.

Engine number three is 1 PPAM 2hp petrol/paraffin model, with the larger cooling hopper and a Lucas magneto. For sometime I wanted an engine in what I termed ‘ex-farm’ condition to form a comparison with the previous three engines that are painted. Finally one such engine became available in Herefordshire, where it had just been removed from an orchard crop-sprayer. It’s a 1 PAL with the Wico magneto fitted.

Where I bought it from was next door to the farm on which it had spent its entire working life, so a nice piece of history with it. It was quite rusty all over with just very faint traces of its Fowler transfer visible. The main crank bearings were in a bad condition so they were replaced. The cylinder was honed, new piston rings were fitted and the valves were freed-off and ground-in. A lot of very careful conservation work was carried out to enable the original Mazak inlet manifold to be re-used as well as the Solex carburettor which had suffered quite badly, too. The crankcase door was badly warped but again, with careful conservation, this has been re-used. Once finished and back up and running, a truck was made out of old oily timber on rusty wheels so that it looks in keeping with the rough, external condition of the engine. 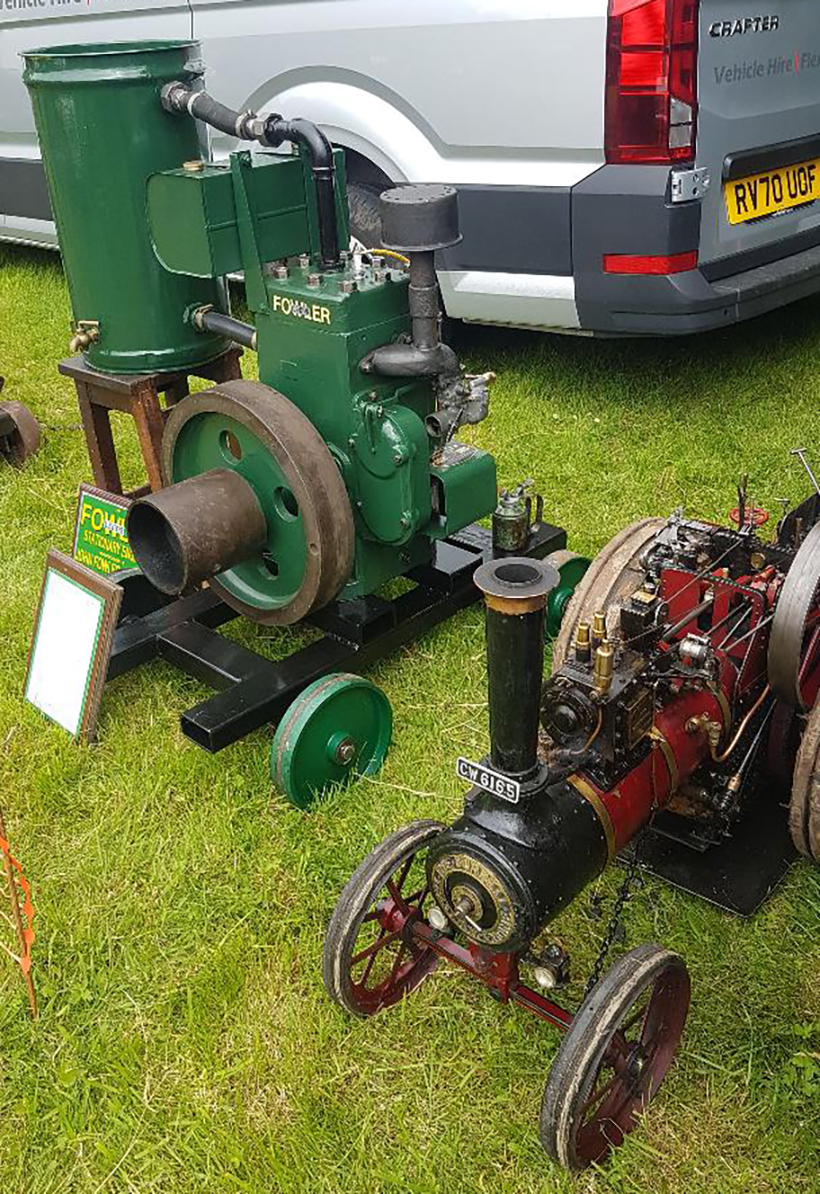 The daddy of the collection is the 1 PPBL petrol/paraffin model; it’s quite a big, heavy lump!

Still on the look-out for a Fowler with a difference, I came across a 3hp for sale near Glasgow. No other details were available as the seller had bought it with a job lot of engines and it hadn’t been run, so I took a chance and bought it. It’s a 1 PPBL petrol/paraffin with a Wico magneto, and is quite a big, heavy lump! It has a separate cooling drum of water. Restoration mainly involved having the magneto overhauled as it was in very bad shape internally, freeing-off the stuck valves, decarbonising the cylinder head, having a new head gasket made for it and just general tidying-up. A new water cooling drum was made for it from an empty grease drum and suitable connecting pipework was made.

The show weekend was a great success with plenty of visitors despite the strong, cold wind that blew on both days. There’s no public admission charge to this event; at the entrance to the car park there are two ‘honesty buckets’ and visitors contribute whatever they wish. The amount collected – which is usually in four figures – goes directly to benefit the local community. For the last pre-Covid-19 rally, the money raised went to the air ambulance helicopter.

This event report comes from the latest issue of Stationary Engine, and you can get a money-saving subscription to this magazine simply by clicking HERE 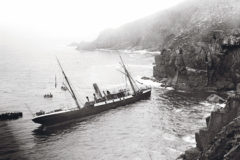 Historic shipwrecks around the Cornish coast 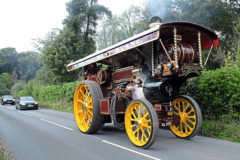 Fowler Super Lion B6 finds a new home in Cornwall